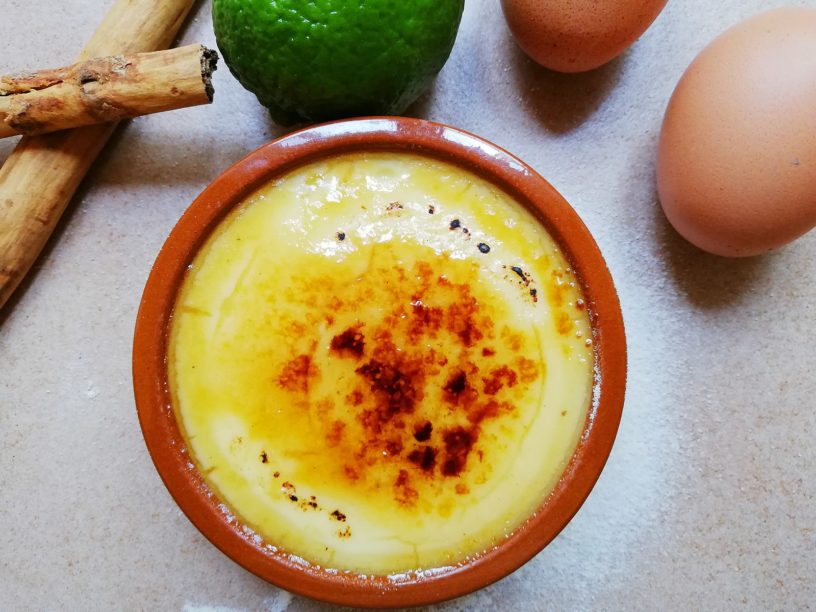 Catalonia is home to Barcelona, and sits on the eastern coast of Spain. This region draws heavy influence from its neighbors, France and Italy, when it comes to local cuisine.

Catalan food is unique to its region as a lot of the traditional dishes actually aren’t given much consideration anywhere else in Spain. That means that you’re trip to Barcelona is the perfect time to give them all a taste.

Here are ten you shouldn’t miss.

To be fair, tapas dining is more of a general Spanish dining tradition that filtered through the country many, many years ago.

The dining experience incorporates many small plates of food, intended to be shared amongst two or more people. This brings a small portion of lots of different dishes to the table, that can be sampled at one’s own leisure.

Tapas dining is a great way to sample a lot of local Catalan foods at once while in Barcelona. 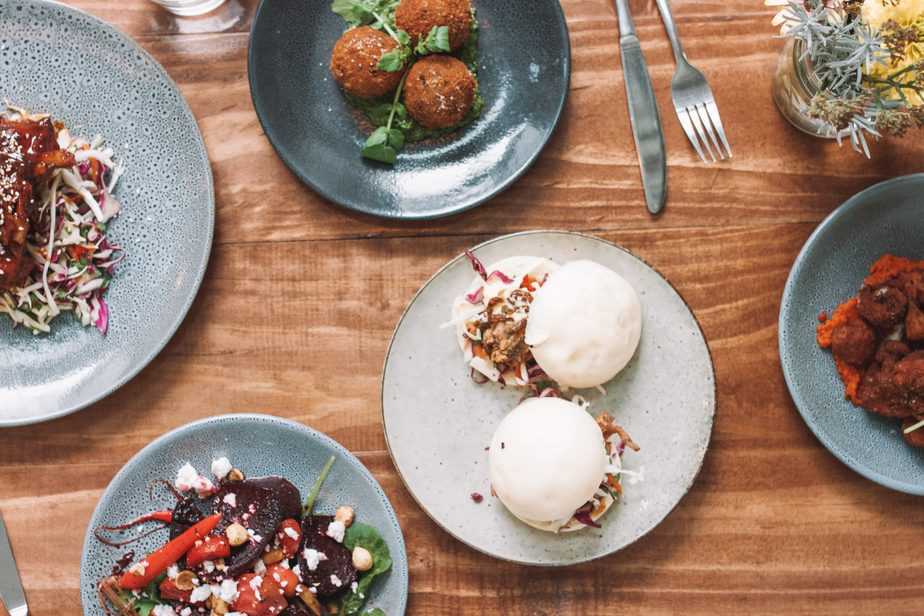 Calçots are a Catalan classic, and an incredible simple dish to both find & make. They are long stemmed, sweet onions that are grown across Catalonia using specific farming methods. It is believed that this is what gives them their unique flavor.

Much of the goodness of calçots lies in how the onions are cooked once harvested. Traditionally, Catalonians will build big fire pits using grape vine branches in order to cook the calçots on open flames until charred. They are then wrapped in newspaper to keep them soft and warm.

Calçots are served with a sauce called romesco. 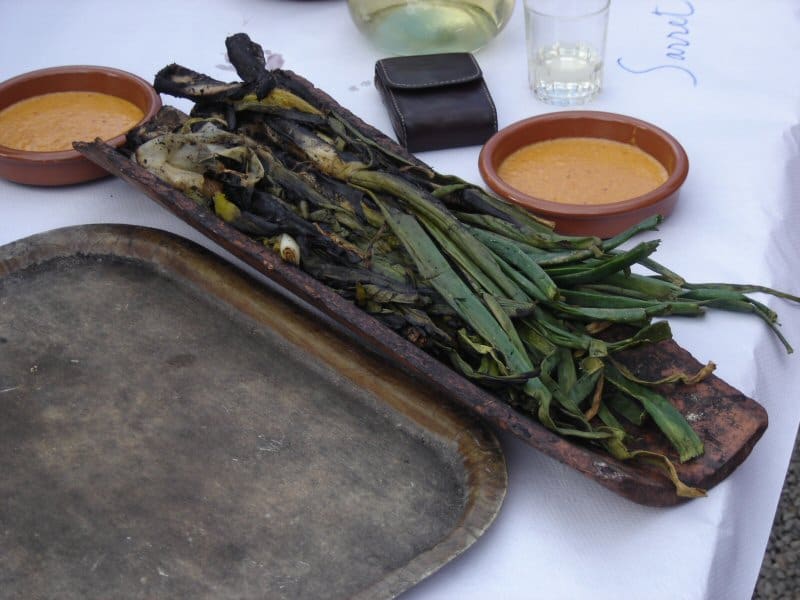 Escalivada is a derivative from a Catalan verb that literally means “to cook in ashes”. This dish is the product of blackening tomatoes, bell peppers and aubergines by cooking them directly in the ashes of a fire.

The result being a range of veggies with charred, easy to peal skins. The insides are saved and dressed in olive oil and salt, creating a balanced yet smokey dish. Catalonians often add anchovies or tuna to their mix for additional protein. 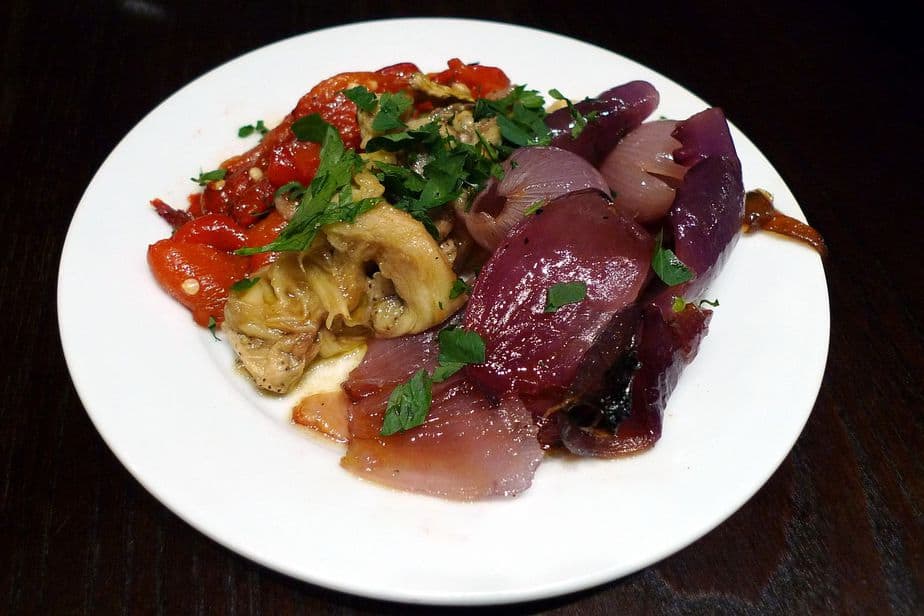 Esqueixada is sometimes consider to be the Catalan version of ceviche.

It’s made by pulling dried, salted cod into pieces and tossing it together with chopped onions, tomatoes, olives and any other vegetable the maker considers tasteful. The mixture is then drenched in olive oil, salt and vinegar, & served as a heaped pile of goodness. 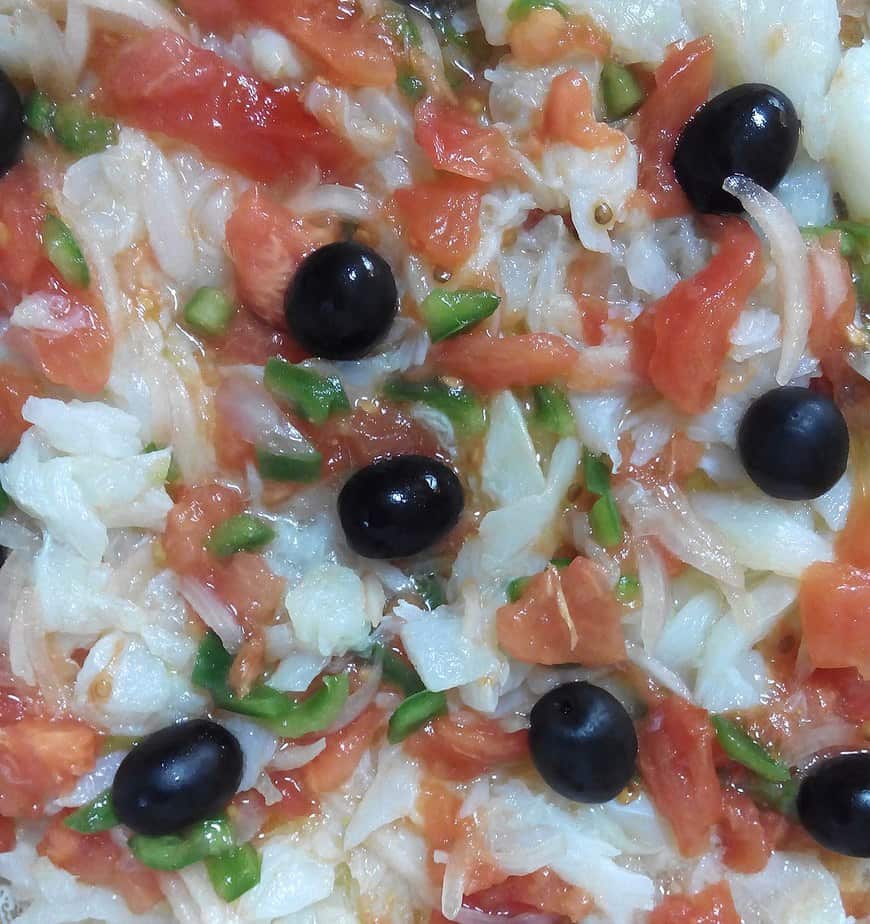 Pa amb tomàquet is one of the most simple, yet most traditional of all Catalan dishes. Directly translated, this simply means bread with tomato — and that’s about all there is to it.

Bread is sliced into modest portions, and can either be toasted or left soft. Each slice is rubbed with a mixture of mature tomatoes, salt and olive oil.

In the rural villages of Catalonia one finds pagès bread, a traditional bread best suited for this dish. Some believe that pa amb tomàquet is the Catalan interpretation of the Italian bruschetta. 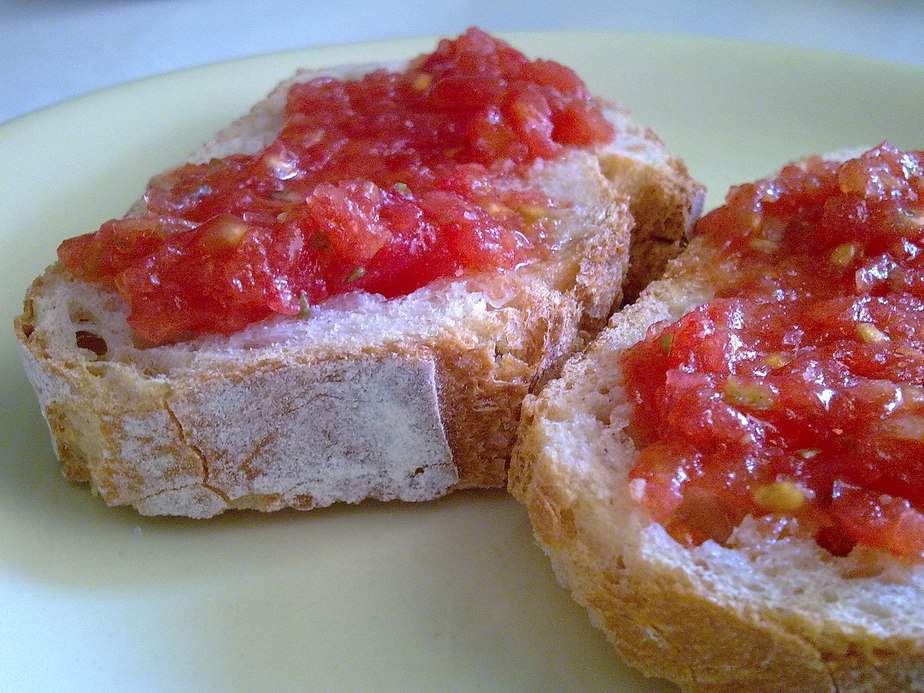 Many who visit Barcelona will leave believing that Fricandó is the best stew that the region has to offer.

This tasty dish is made using an array of veal fillets that are softly cooked in a sauce made of mushrooms and vegetables. The mushrooms used to make the sauce are traditionally native to the area in which the dish is being cooked. So chefs in Barcelona will give preference to mushrooms gathered in natural valleys surrounding the city.

Fricandó is topped with fresh garlic, parsley and almonds when served. 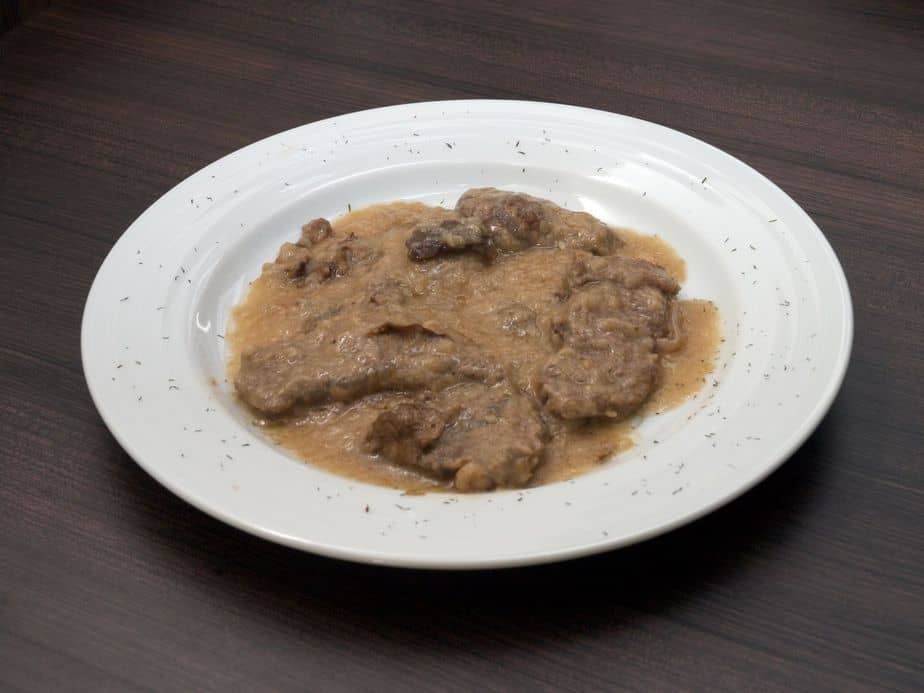 On a very different note, cap i pota is widely regarded as Barcelona’s least favorite stew these days.

You’re likely to only find this dish on the menus of very old school, traditional restaurants in the outlying suburbs of the city center.  It’s an old fashioned recipe, and quite a handful to attempt to make.

Cap i Pota is a stew made using tripe as the base. Ham hocks and veal heads are added during the cooking process, as back in the day these were the “leftovers” and could be used by the poorer people to create hearty meals.

Catalonia is lucky in that its location puts the people in prime position for a constant supply of fresh seafood from the Mediterranean.

Suquet de peix is another dish that was created by the lower class communities many years ago, when they needed something substantial to eat that wouldn’t take hours to prepare.

Suquet de peix is a fish stew, made by tossing together a range of different seafoods in a saffron based sauce. This is what gives the stew its rich color. 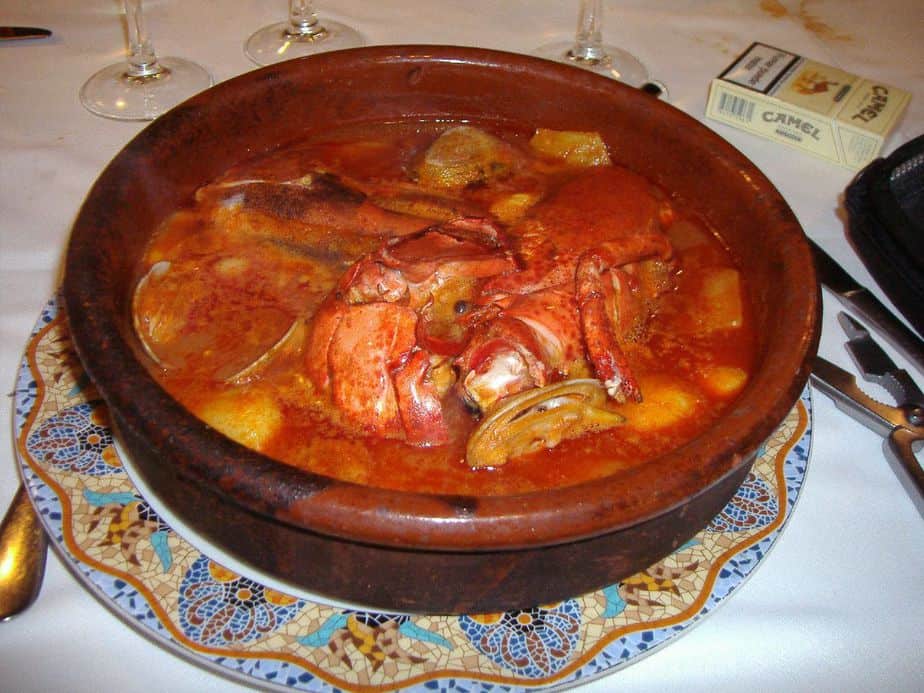 You’ll find that Catalonians will put Allioli onto just about everything edible.

It’s comparable to a mayonnaise, traditionally made using just garlic, olive oil and salt. There are, however, different variations, and you’re likely to be offered spicy Allioli at most places you visit in Barcelona.

I find Allioli is best enjoyed on any type of potato; patatas bravas will always have a decent sized dollop on top of the dish when served. 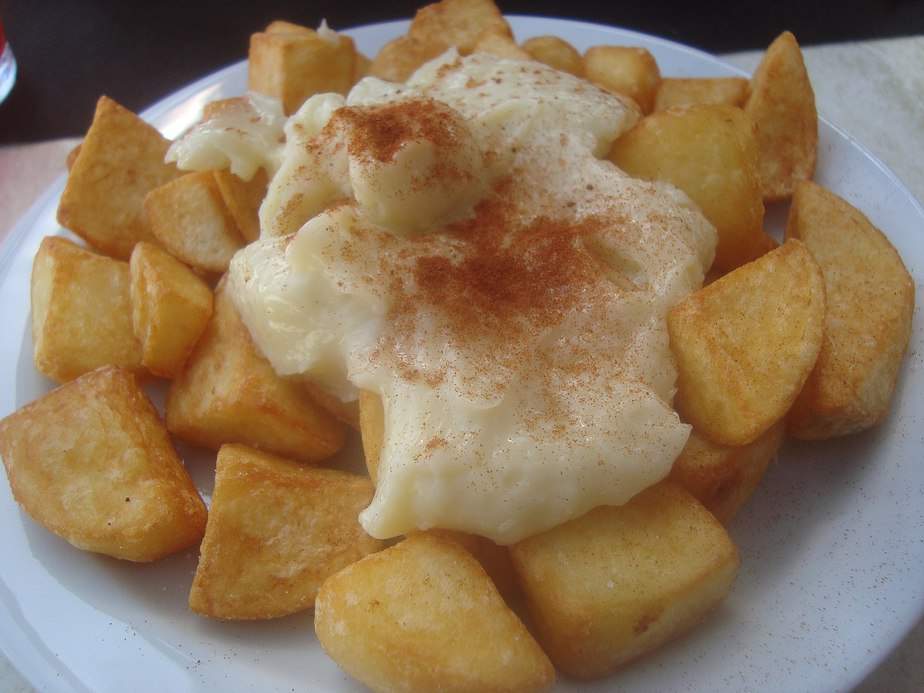 As I said, Catalonia draws a lot of their cuisine influence from their neighbors, including France.

Crema Catalana is one of the most popular desserts of the region, and is easily comparable to a traditional crème brûlée.

While a crème brûlée makes use of cream as a base, a Crema Catalana uses just milk and eggs. It is baked in the oven before being topped with a layer of sugar and torched to form a hard shell layer.

You’ll find Crema Catalana on the menus of most upmarket restaurants in Barcelona. 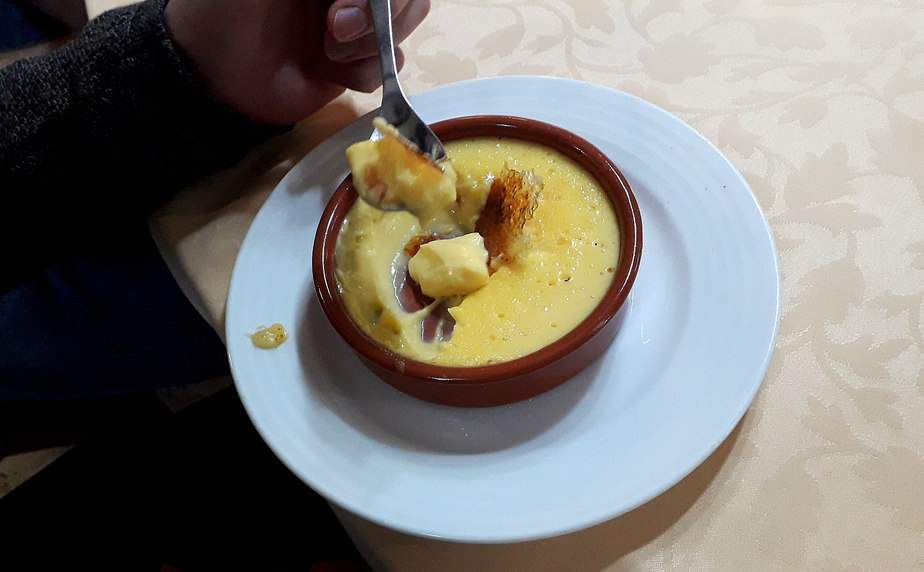