10 Things To Do in El Poblenou, Barcelona 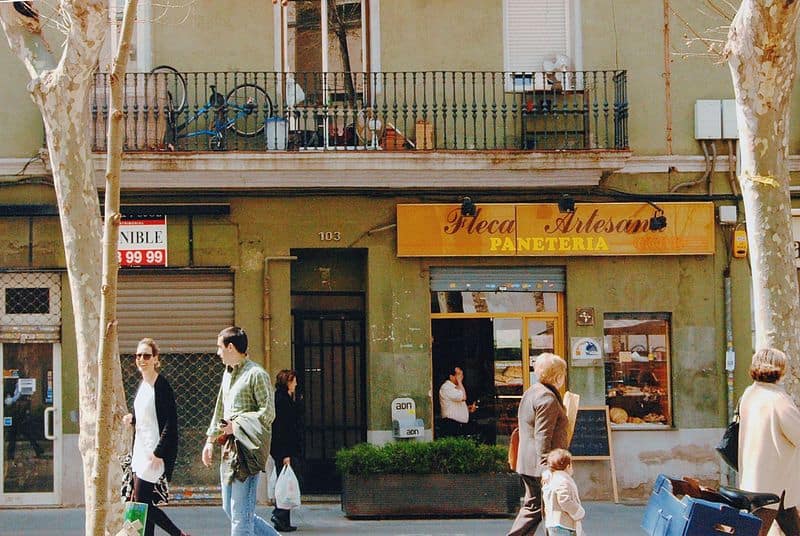 10 Things To Do in El Poblenou, Barcelona

If Poble Sec is the “up and coming” trendy new neighborhood in Barcelona, then el Poblenou is like it’s more bohemian, less gentrified younger cousin.

El Poblenou is one of the most laid back beach villages in Barcelona’s city center. It sits just outside of the Old Town boundaries, and has adopted its own culture, history and entertainment that makes it an immensely appealing place to visit.

Here are some things to do while out there.

1. Hang Out on the La Rambla del Poblenou in El Poblenou, Barcelona

Most neighborhoods in Barcelona have a “rambla”, also known as a strip or promenade featuring many places to eat, drink and hang out. The most famous in the city would be the Rambla de Raval, in el Raval just north of el Poblenou.

El Poblenou’s rambla is also a vibrant strip of bars, tapas restaurants and cafes. It’s the heartbeat of this neighborhood and a great place to unwind after a long day of sight seeing or guided walking tours. 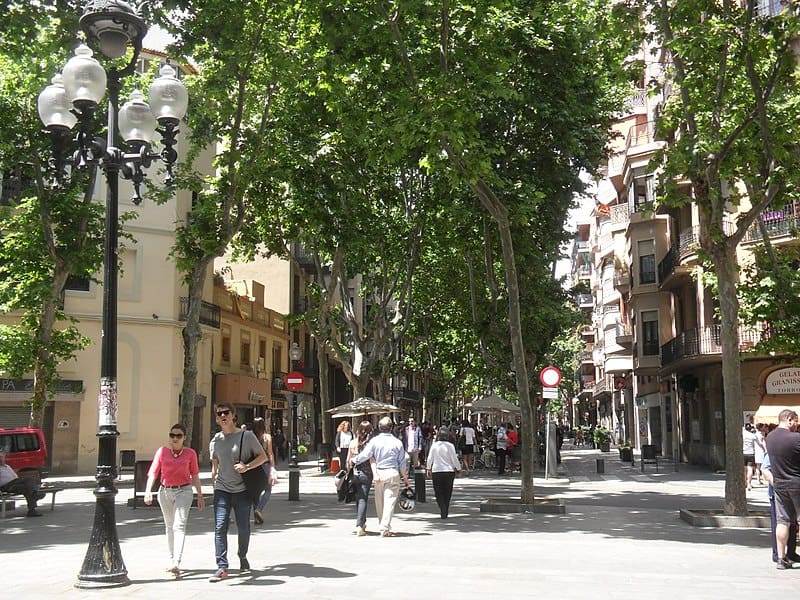 As I said, el Poblenou is a beach town and Bogatell Beach is the closest spot to swim & tan if you’re in the area.

In the autumn months this is a very windy part of the city, so watching the kite surfers take to the water is a popular pastime for locals here. Mar Bella beach is right next to Bogatell and offers nudist facilities. 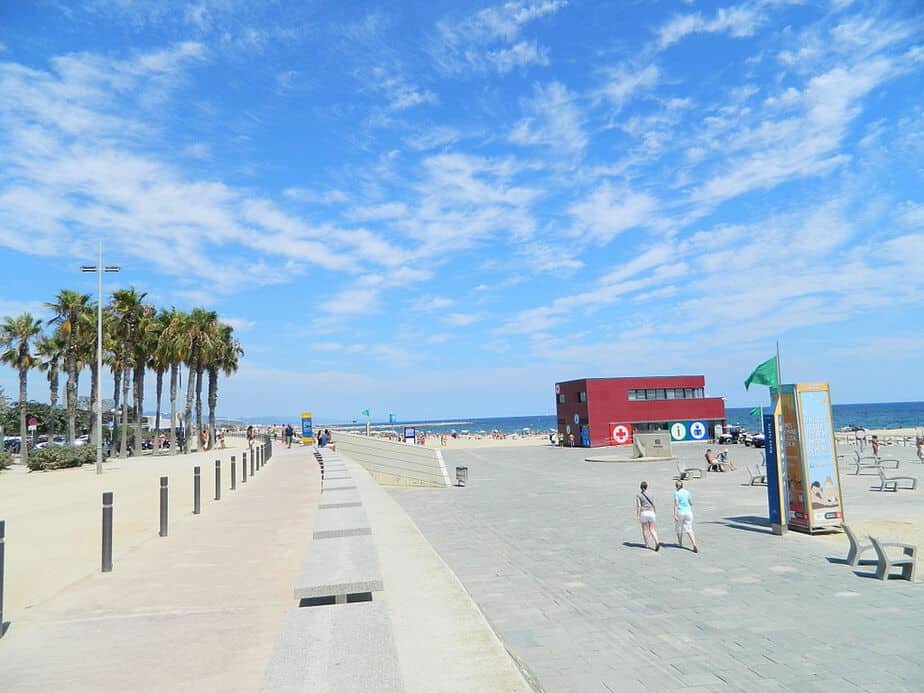 3. Visit the The Design Museum of Barcelona in El Poblenou, Barcelona

The Design Museum of Barcelona is a new addition to the cultural attractions for Barcelona city. It was created with the intention of bridge the gaps in certain areas of Spanish design history.

It’s a fascinating space that gives great perspective on Spain’s development and involvement within the world of design that not many people would know about.

On Sundays admission into the Design Museum is completely free, otherwise it is €6 to get in. 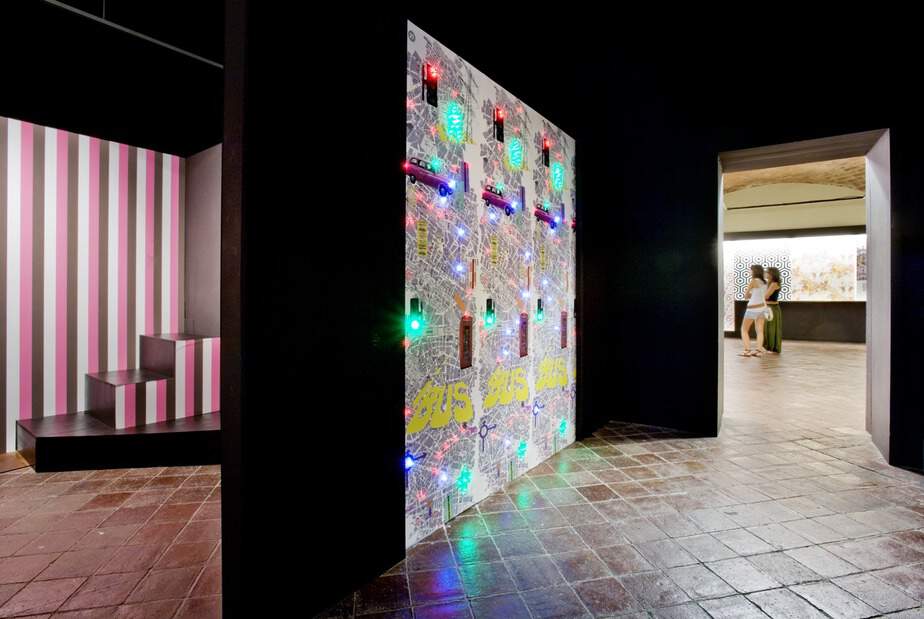 OPENING HOURS: Tuesday TO Sunday –  10am to 8pm

4. Shop at the Palo Alto Market in El Poblenou, Barcelona

Even if you don’t have money to spend, the Palo Alto Market in el Poblenou should be on your list of things to do while in Barcelona.

It’s an artisanal market, meaning it is centered around interesting foods, live music and creative concepts. The market is shaded by trees that create a whimsical atmosphere, ideal for the whole family.

Bring cash for food, drinks and trinkets you might find along the way. 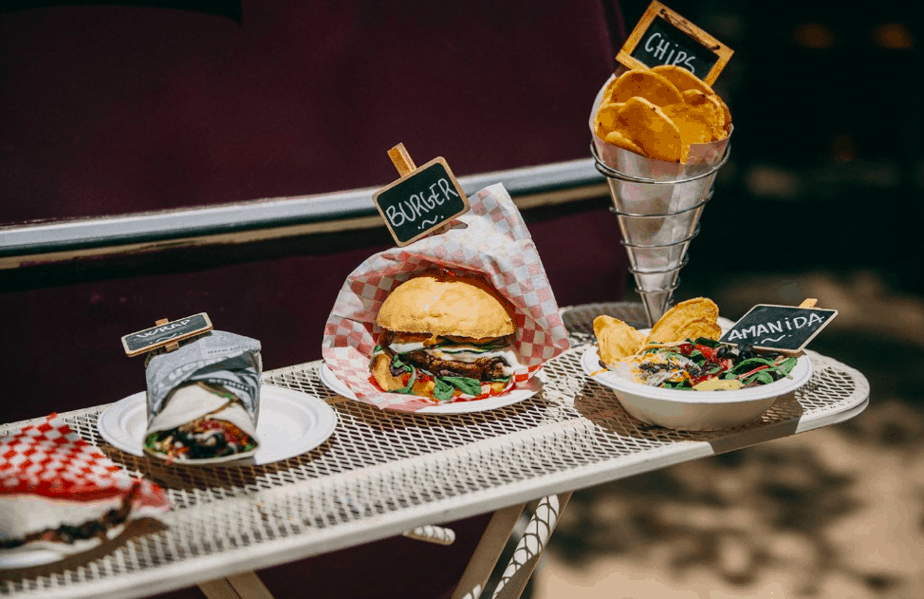 The Gandhi Park was added to el Poblenou by the mayor back in they year 2000. It’s unclear why this spiritual man was chosen as the theme for a park in el Poblenou; nevertheless, its a clean & new outdoor space that makes for a great visit.

There is also an iconic statue of Gandhi situated inside of the park grounds. A lot of people come to see it, believing that the good spirit of this being will bring them peace.

There are great grass lawns for children to play, or for anyone to picnic if they so desire. 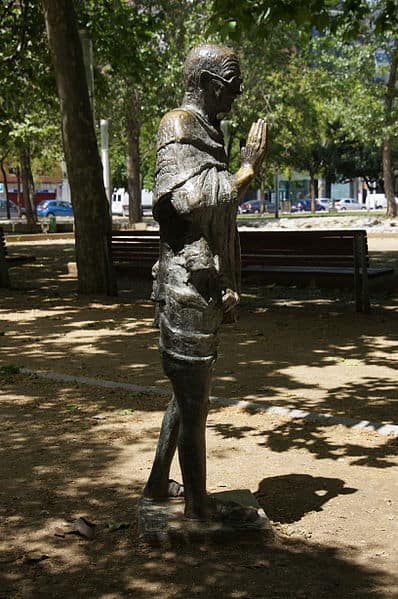 This neighborhood takes both the process of preparing food and feeding others very seriously. It’s how the locals here connect and share community and purpose.

In el Poblenou, you’ll eat, you’ll drink and then you’ll probably dance the night away in some hole-in-the-wall music venue you stumbled across accidentally. 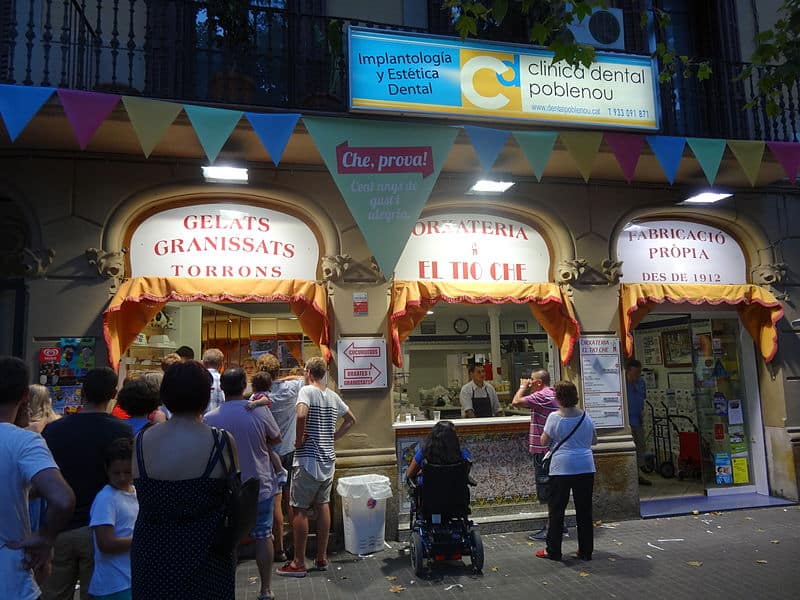 As mentioned, el Poblenou doesn’t quite qualify as Barcelona’s Old Town, but you can still take an informative guided walking tour through the neighborhood if you’d like to!

Being on the streets is the best way to see everything this area has to offer. It is especially recommended to do a tour if you intend to explore the neighborhood at your own leisure for the hours to follow. Your guide will point out landmarks to make note of, great spots to dine and historical facts that give immense perspective; you’ll be ready to roam like a local as soon as it’s over.

The Encants Flea Market dates back to the 14th century, making it Barcleona’s most ancient flea market.

It was relocated to this spot in el Poblenou just a few years ago, as it was in desperate need of more space and safe dwellings.

On Mondays, Wednesdays, Fridays and Saturdays the market is open and you can shop antiques to your hearts content. 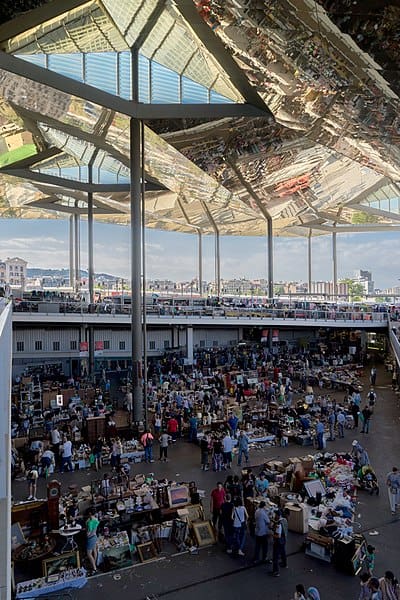 9. Watch a Concert at Razzmatazz in El Poblenou, Barcelona

Like I said, it’s really only a matter of time before you wander into one of the many live music venues that call el Poblenou home.

Razzmatazz is one of the villages most popular spots, with live music performances on every night they are open. The real kicker is that they only open at one in the morning, carrying patrons through to sunrise with live performances. It’s such fun, don’t miss this spot!

Razzmatazz in El Poblenou – by Razzmatazz – Uploaded by them

OPENING HOURS: Wednesday to Sunday — 1am to 6am

10. Stroll Through the Cemetery in El Poblenou, Barcelona

Spanish cemeteries are an aesthetic anomaly; this one in el Poblenou is no different. The gothic sculptures are works of art in their own right, and this is also the home of the famous “kiss of death”.

It’s a statue depicting a skeleton-angel giving a clearly deceased human a light kiss on the head. Many sit and ponder the intention behind this piece until they are able to hold their own comfortable interpretation. 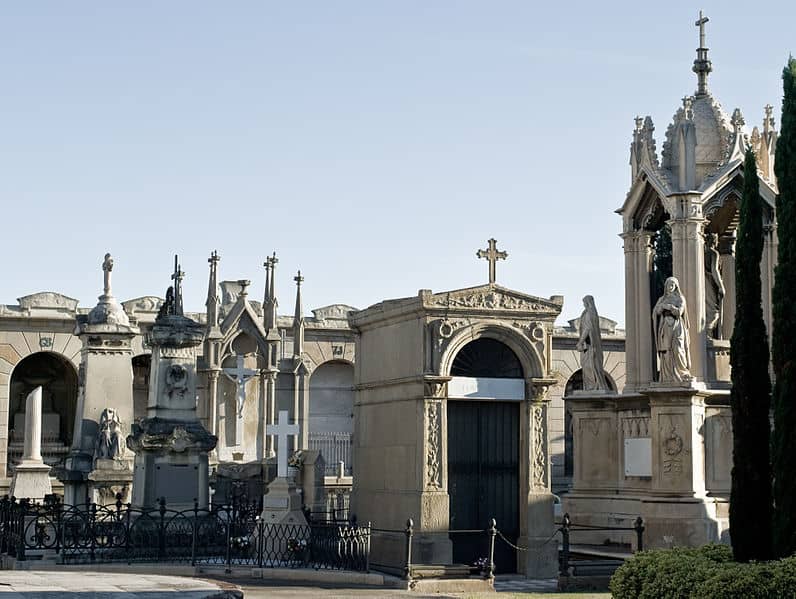 OPENING HOURS: Monday to Sunday — 8am to 6pm