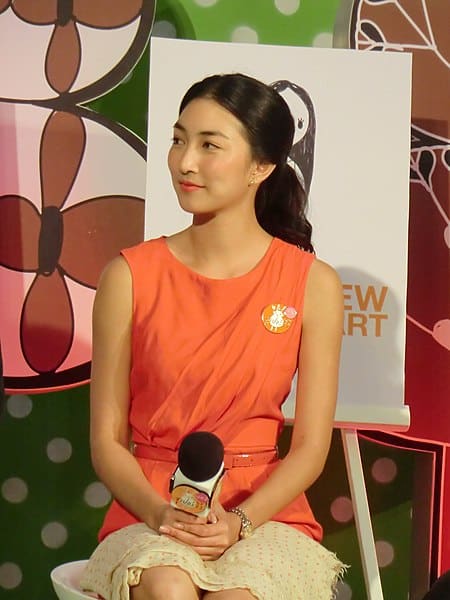 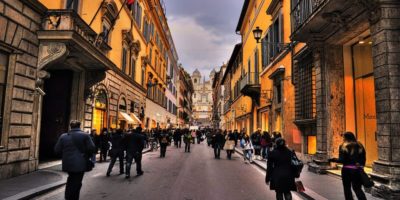 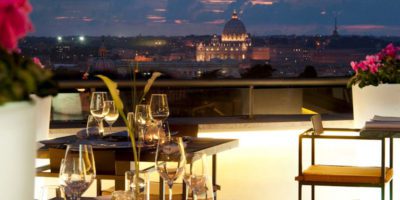 The Top 5 Fancy Bars in Rome 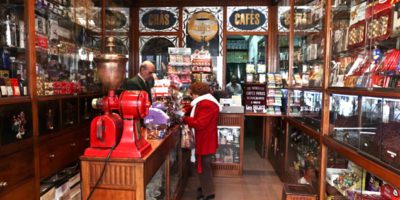 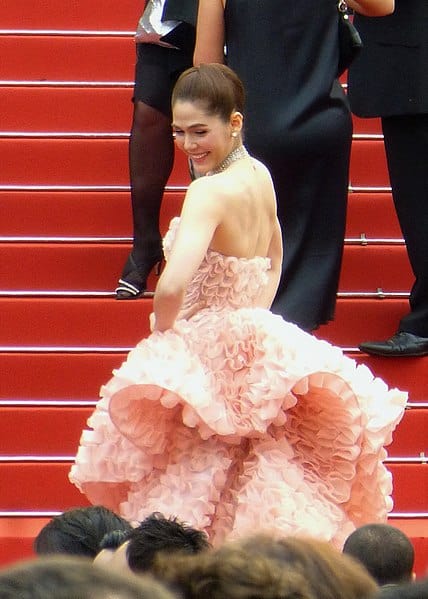 Although it is fair to say that it has been largely overshadowed by the success of other Asian entertainment exporters like Korea, Japan, and China, Thailand’s media and film industry has been making attempts at wider fame for years.

Yet to some media and film buffs Thailand is still a notable force in the SE Asian entertainment industry, particularly in terms of some of the more famous film releases that have gone global.

And while it may be true that much of the product that comes out of local Thai media productions is mainly categorised as ‘soft’ entertainment and is usually considered second-rate at best, Thailand does have a pool of directors who have been accumulating various accolades for a good while, and are they are capable of producing local cult classics and the occasional international sensation such as the thrilling film ‘Bad Genius’

This is just one example of a movie that, like many others, has occasionally thrust Thai cinema into the global spotlight, and during such times it is not uncommon for many new actresses to come into bloom.

Thailand’s entertainment industry, in true Thai style, is all about glamour, beauty, and show, of which the actresses involved play a key role. Over the years one of the most prominent aspects of the contemporary local culture that encompasses this to the full is Thai soap operas, more commonly referred to as series’.

This is a competitive arena that has produced a bevvy of Thai ‘superstar’ actresses who have become highly-recognised faces across the nation. They often play characters who, for one reason or another, capture the hearts of a lot of Thais out there. It might have more than a little bit to do with the way they look – which is often highly glamourous and fashionable — making these series’ a ‘must-watch’ for many aspiring young Thai females.

Unfortunately, Thai soap operas have often been criticised for the fact that they tend to feature male protagonists who commit some form of harassment or degradation, either mental or physical, on female characters quite frequently.

This aspect of Thai entertainment, along with the fact that many of these productions include well-worn and predictable story lines, might account for the fact that more and more Thais have gravitated towards Korean series’ and cinema over the last decade or so, and before that they had a taste for all things Japanese.

The upside is that these series’ and other local productions do produce and provide a springboard for many Thai actresses to go on to greater things.

In fact, many of the actresses already successful enough to make it into prime-time soaps are usually featured in the Thai media as the most attractive, but when considering whoever is the hottest or most popular, it might be debatable according to which age group is being asked, especially in light of the Instagram generation.

The following list then includes a bunch of ‘tried and tested’ prominent Thai actresses who most would agree have become household names , and are considered the most popular in terms of both past achievements and current level of fame in Thailand. 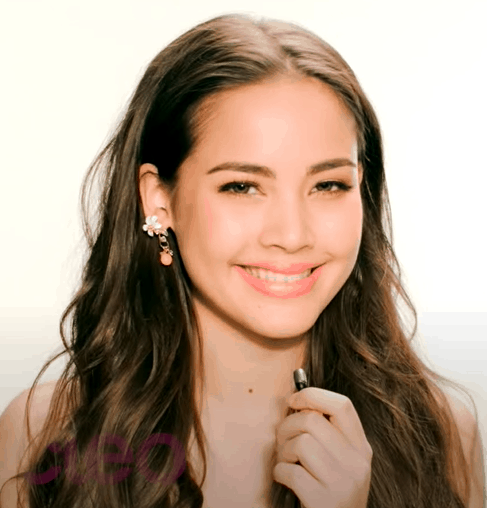 Yaya is an actress, a model, and a sometime singer, of Thai and Norwegian descent. She started her career as a model when she was still quite young, and began gaining more widespread popularity in around 2010.

Yaya Urassaya is one of the prime examples of a soap opera star who quickly became the darling of Thailand’s huge, twenty-something, largely female fan base. This might be due to the fact that the actress and model has been seen consistently appearing in TV series’ and other media campaigns for the best part of the last decade.

Short and cute ‘nicknames’ are the norm in Thailand, often to alleviate the difficulty of spelling and pronunciation of real names which do tend to be quite long, and indeed this Thai actress is affectionately known as “Yaya,” reportedly because her Norwegian father struggled with the pronunciation of her real name.

Yaya is unsurprisingly one of the top 10 highest paid actresses in Thailand, although she is not just a pretty face. In fact, she is fluent in five languages and is a staple on global fashion circuits. She was also the first Thai celebrity to be featured in the American version of Vogue magazine, and today she is regularly chosen as the face for campaigns by top global brands like Maybelline and Louis Vuitton.

The turning point in her acting career came with a role in the incredibly popular Thai series 4 Hearts of the Mountains, and since then the actress has never looked back, receiving many awards and accolades along the way. 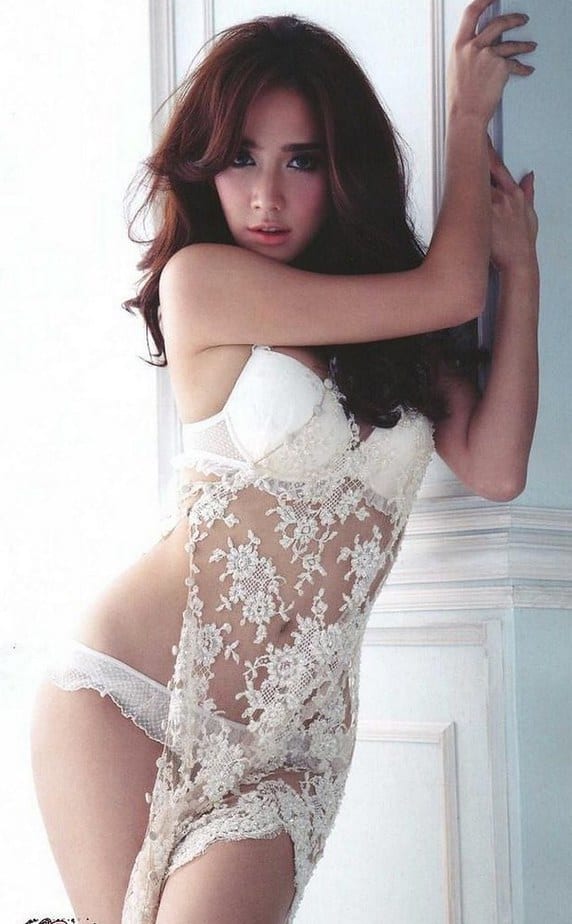 Aum Patcharapa is a very well-known Thai actress who has reportedly been the highest paid in Thailand since 1997.

She began her career in entertainment when she won a beauty and talent contest called HACKS, and has since that point become one of the most photographed and recognised faces in Thai media over the last couple of decades.

After winning the Thai beauty pageant, Aum burst into the entertainment industry with a role in a popular Thai TV series called So Sanae Ha, and she won a Best Leading Actress award for that role. Since then, she has consistently been a regular in Thai soap operas and series’, and advertising campaigns, and she soon reached the much – vaunted accolade of being the highest paid actress in Thailand.

Patcharapa was voted the sexiest woman for three consecutive years in the Thai edition of FHM magazine between 2004 and 2006, and she has received many other accolades in Thailand. 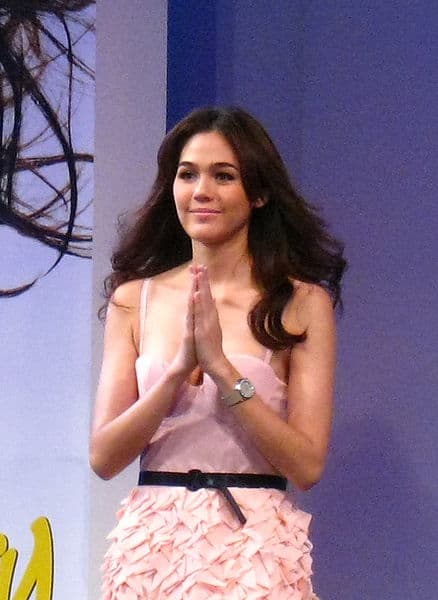 Chompoo is another key figure on the list of top actresses in Thailand. She is of Thai-British descent, and is also a model.

Araya’s career also began when she won a beauty pageant, a ‘Miss Motor Show Contest’, which opened the door for her to start acting at the tender age of 17. She found prominence in a series called Morlum Summer in which she played a leading role along with the many others that soon began to follow.

Like many other Thai actresses, Chompoo has a side-line singing career, as well as doing a fair bit of modelling. Another recipient of an FHM award for ‘sexiest actress’ for three consecutive years, Chompoo’s modelling sojourns have included being an ambassador for L’Oreal Paris, along with L’Officiel Thailand, which has made her a regular face at Cannes and Shanghai Film Festival.

Aside from acting fairly consistently in Thai soaps over the years, she is also known as a host on many TV programs. Her fame reached even further prominence when she got married to Nott Witsarut, a fabulously wealthy heir to the Thai Racer Lighting company fortune, and the couple has two twin boys that are another cause for media attention. 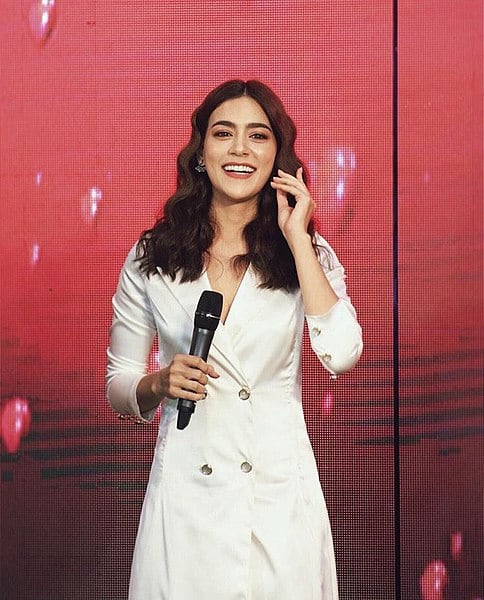 Kimmy Kimberly, whose real name is Kimberly Anne Woltemas, is a 28-year-old actress of Thai and German descent, and became popular after acting in a Thai series called ‘Nam in Thara Himalai’ in 2010.

The actress soon managed to establish herself as a household name which continued to prominence through her consistent appearances in further Thai TV series’ such as Punyachonkonkrua, and Abruk , and her fame and appeal as a Thai ‘cutie’ continued to flourish through praise from her co-workers who commented that she was a ‘sweet, vibrant and bold young actress’.

Never much out of the local spotlight, Kimmy sought further attention through gossip columns by becoming the girlfriend of famous Thai actor Mark Prin Suparat, and this further seemed to endear her to young Thai fans.

Kimmy continues to grow in popularity by appearing in successions of Thai TV dramas, as well as appearing in numerous commercials, and attending high-profile media events.

Usually referred to as ‘Pancake’, Khemanit was born on 27 May 1988 in Bangkok and is a well-renowned Thai TV actress, as well as being a singer and, of course, a model.

Pancake is another actress who began her career with a beauty con-test, by winning the esteemed Thai Supermodel Contest in 2004, and she also won Top Model of the World in China in the same year, a beginning a line of fame outside of Thailand that seems to have continued for her.

Her polite and respectful demeanour has endeared her to a generation of Thai 20 and 30-somethings for more than a decade, and she has received numerous accolades such as being heralded by the Thai Entertainment Press Association as ‘an angel on earth’ from a poll of 3 billion women in the world.

Although she began acting when she was just 17 in 2005, Pancake shot to fame in 2010 after a role in a popular Channel 7 series, and since then she has appeared in numerous other Thai television soap operas as well as a wide range of TV commercials. In fact, like most of the other actresses mentioned in this ‘Top Five’, there have been times when you couldn’t turn on the TV in Thailand without catching a glimpse of her!

She has received many awards and honours, including the Hua Ding Asian Artist Popularity Award in 2012 in Beijing, and has been given the title of ‘Favourite Female Artist of the Greater China Region’– so clearly she is a hit with the Chinese.

The Best Russian Restaurants in Paris