Seven of the Most Popular Thai Singers 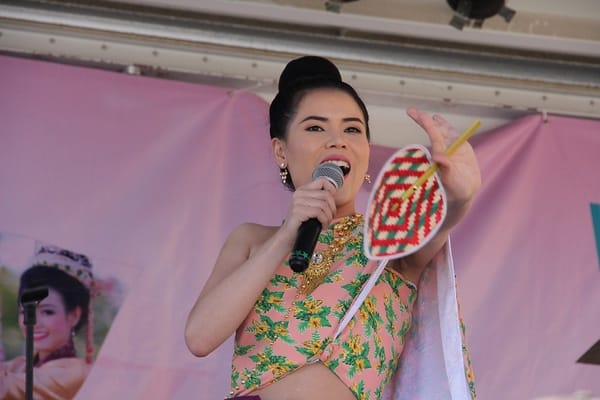 Seven of the Most Popular Thai Singers

There are lots of famous singers in Thailand. Some of them come and go like fad one-hit-wonders and others endear themselves to faithful listeners forever with a steady and consistent output.

Most of them remain unknown outside of the country itself, but lots of popular Thai singers get elevated to ‘superstar’ status domestically.

There are many different factions to consider when it comes to Thailand and its musical tastes and offerings. A lot of it comes down to generational preferences and style, and you are likely to get quite varied answers when asking different age groups of Thai people about the best or most famous singers in their country. 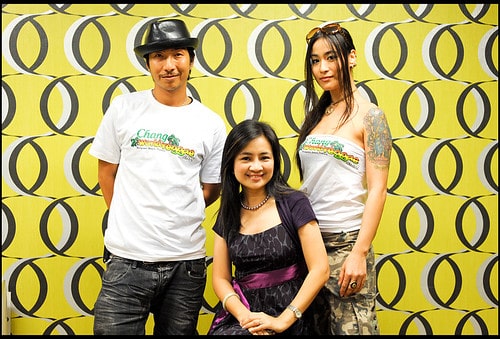 Many people from particular regions like the northeast still tend to be quite traditional when it comes to musical tastes, and so singers of a particular style are more familiar to some cultural groups than others. When taking into consideration the differences in cultural styles between central, northern, southern, and north-eastern regions in Thailand, for instance – think food and linguistic variations — it is easy to see how musical styles and tastes are likely to vary.

Traditional styles of Thai popular music like ‘Luk Tung’ and ‘Mor Lam’ are popular in the Northeast and the people originating from those regions don’t tend to vary their musical interests away from these styles that much. This means that in Thailand you will find ‘Luk Tung Superstars’ who are virtually unknown by anyone who listens to more mainstream sounds. 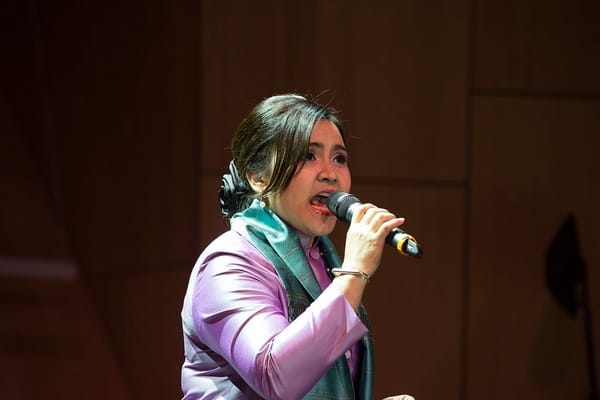 On the other side of the coin you will find that younger teenagers listening to modern, mainstream, or even international sounds – especially those in the capital — will favour music and sounds by artists completely unknown to folks in rural regions, as well as many older people.

So the main factors relating to the popularity of Thai singers are the age and the regional origins of their listeners. Thailand is still largely a non-English-speaking nation, so the actual proportion of English language or international music listeners is still fairly minimal, although obviously this is changing as more generations are born into the use of the internet from day one.

But how easy would it be if we really had to try and narrow down a list of the most popular Thai singers — known by the majority of people in the country…? All we can do is try – and there are always singers (as well as actors and other performers) who are ubiquitous to the Thai mainstream.

So what we have here is a short list of popular and well-known Thai singers mostly related to the present day — although some of them have been around for a good old time and have long since become established, household names in Thailand. Others are more recent additions. Either way this is the closest we can get to the top seven most popular Thai singers. 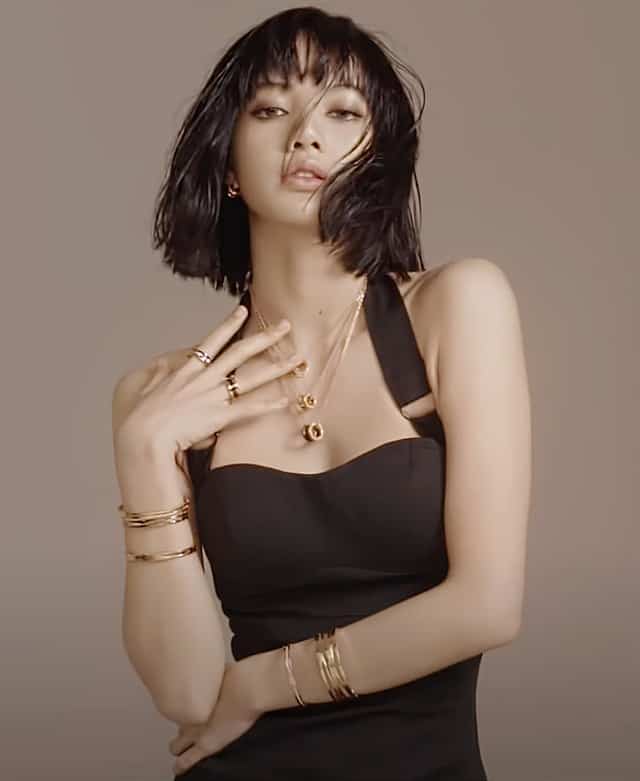 Image by Vogue Taiwan from creativecommons.org

The 25-year-old ‘Lisa Blackpink’ is certainly one of the most famous Thai singers around right now. Her real name is Lalisa Manobal, changed from the original Pranpriya, and she shot to stardom as part of the South Korean all-girl Blackpink.

Lisa is considered a rapper, singer and dancer in Thailand, although her career is based in South Korea.  She began her own solo career in 2021 with her own album, which sold record amounts upwards of 700,000 copies in its first week of release. The music video released in conjunction with one of the tracks also broke records in terms of number of views upon release.

Thai pop music doesn’t yet come close to the level of popularity that the South Korean ‘K-Pop’ genre has with teenyboppers, but there is a newer crop Thai R&B-influenced artists and singers arising to compliment the other aspects of the country’s culture, lifestyle, and music.

In December 2021 the singer added catwalk modelling to her resume when she stepped out onto the walkway in Nice as the face for Celine’s summer 2022 collection. Her growing interests in the fashion and cosmetics world have seen her launch her own make-up range with MAC Cosmetics for whom she also serves as an ambassador.

She continues to work as an ambassador for various fashion and cosmetic brands alongside her other projects, which are apparently doing ok – at the time of writing Lisa is the 100th most-listened-to artist globally on Spotify. 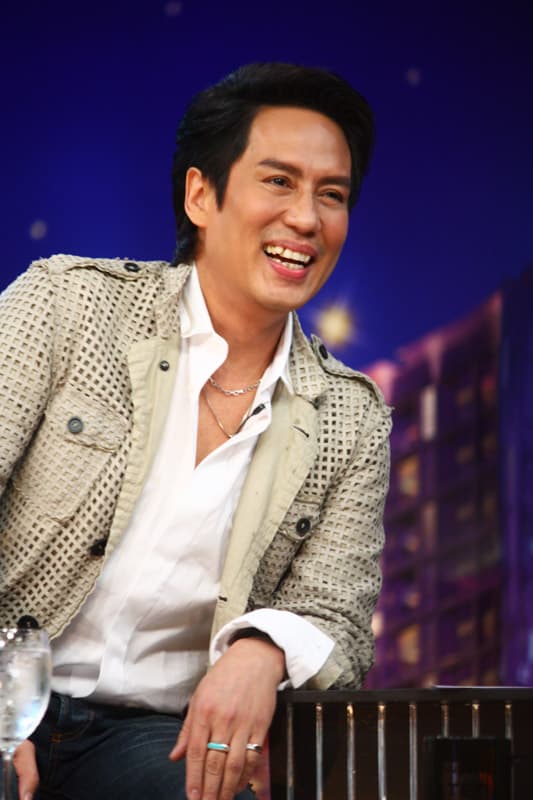 Image by KanaveroT from wikimedia commons

Otherwise known as ‘Bird’ Thongchai, this Thai singer has been one of the most famous and prominent for decades.

Thongchai McIntyre, whose surname comes from his Scottish mixed parentage, is also an actor in Thailand. Despite having been around forever, Bird is still considered by many Thais to be the number 1 superstar in the country. He is certainly one of the most successful singers statistically, with recorded sales of more than 25 million albums.

Bird is largely known as a traditional, ‘Luk Tung’-style artist, as well as a purveyor of Thai pop which often features strings. He achieved peaks in his musical career in the 1990s, although he didn’t embark on his first international tour until 2010.

Bird actually became the first Thai artist to receive an international accolade, which he got by way of an award from MTV for a movie role. He has also been involved in numerous Thai films, TV, and musicals, not to mention advertisements, and received a KPN Lifetime Achievement Award in Thailand in 2016. 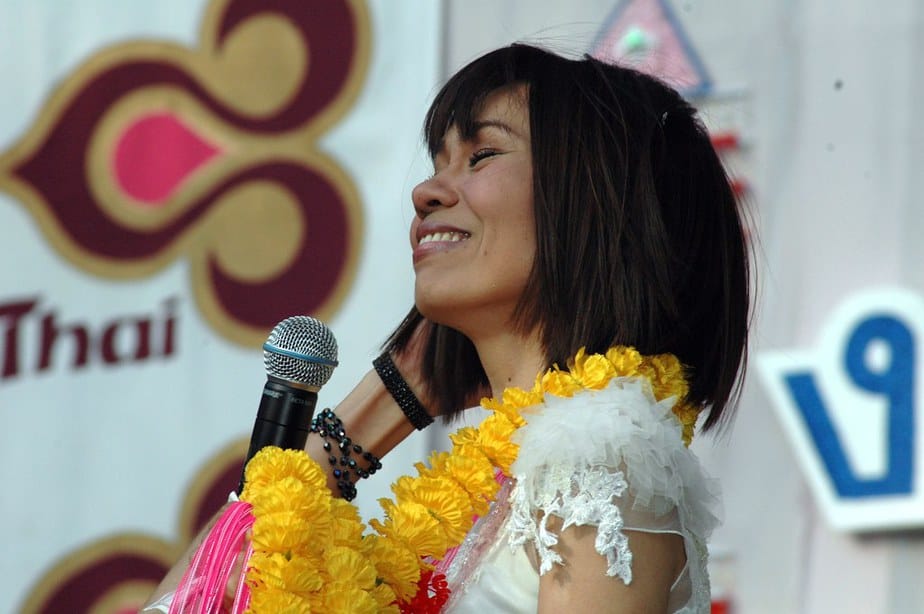 Image by PappyDiablo from creativecommons.org

Jintara Poonlarp is popular Thai pop and Luk Tung artist. She originates from the northeastern province of Roi Et, and has had much success with both the Luk Tung and Mor Lam styles that originate from that part of the country.

Jintara has undoubtedly been one of the most popular and consistent artists in the Thai pop-country genre and has released well over 50 original albums. She deals in equal amounts of both styles which endear her to 2 different groups of fans although many of them share the same tastes overall based on region.

She has been known to perform and record with other famous names including Bird Thongchai, in a career that has now spanned more than 3 decades and still continues.

Siriporn Ampaipong is another major Mor Lam and Luk Tung singer originating from the Isaan region of Thailand. She was in fact born into a family of Mor Lam singers in the north-eastern province of Udon Thani.

Most of Siriporn’s songs are typical Isaan-style sentimental ballads that sing the tales of country life and the various struggles and hardships that often go with it. She is an established artist of several decades and has released more than ten best-selling albums since around 2000, making her one of Thailand’s most popular folk singers. 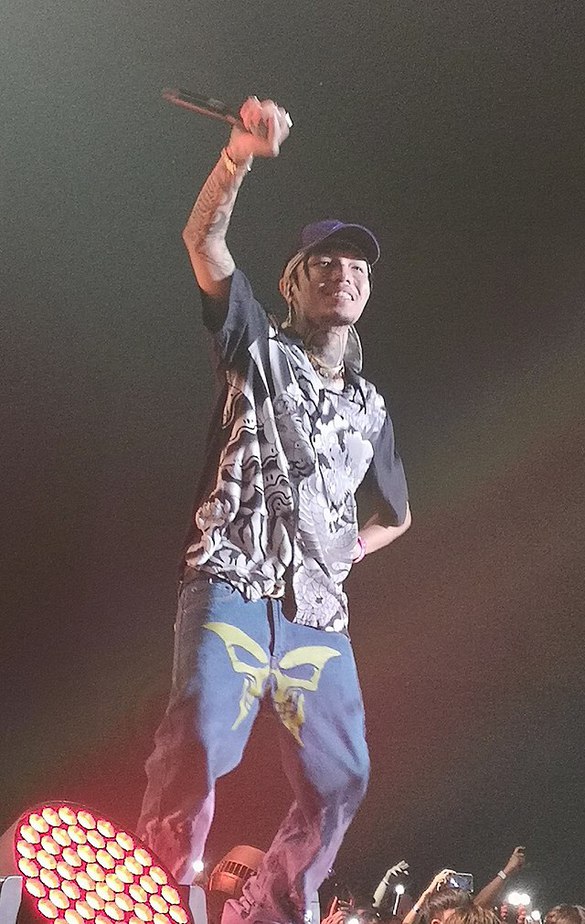 Image by Sry85 from creativecommons.org

Along with the rising number of Thai ‘R&B’-style singers, there are equal proportions of Thai ‘rappers’ coming to the forefront of the music scene. OK not quite singing as such, but we have to move with the times, right?

Over recent years, one of the most prominent Thai rap voices whose face currently seems to be just about everywhere, is Young Ohm.

This Thai rapper has had virtually unparalleled success with his rap-style hits and music videos over the last couple of years or so. His career was seriously bolstered by an appearance in a commercial for watch brand SEIKO and the accompanying music video. 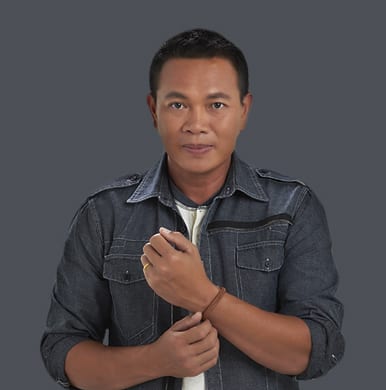 Image by Suwatchai from wikimedia commons

Monkaen is another typical example of a famous and best-selling Thai traditional-style singer specialising in Luk Tung and Mor Lum styles. He also hails from the northeastern area of from Isaan where he is most well-known and loved.

He performs many popular Thai traditional standards that endears him to older generations of music lovers, and is the son of a couple of previously famous singers in the same style, Thongkham and Somthan Boonkhamchun.

Monkaen has been part of Thailand’s best-selling music company GMM Grammy around a decade, and he has released many popular and best-selling songs and music videos through the label. Although one of his claims to fame is having more views on YouTube than Blackpink, this Thai singer is likely to be largely unknown by younger generations more attuned to Young Ohm. 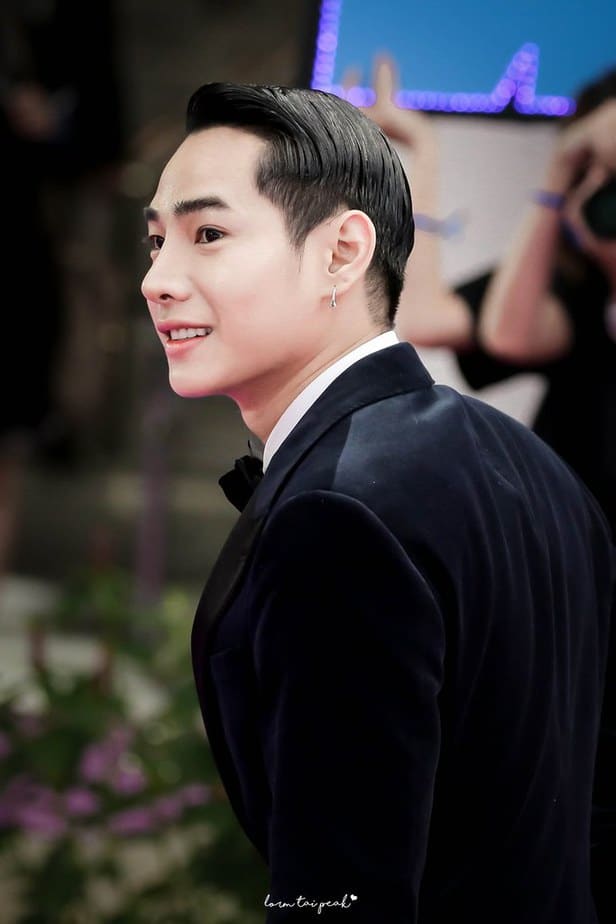 Peck first appeared as part of a Thai boy band known as G-Boyz who were a GMM Grammy act in 2002. The group had moderate success but Peck decided to try a solo career in 2005 with his first single and album releases. His second album came in 2007, and Peck began to cement himself into a solo career, although he briefly joined a trio in 2008 known as ‘Peck Aof Ice’.

Peck continued as a successful solo artist, eventually appearing more and more in various TV roles. He hosted the children’s Disney Club for 5 years and featured in teenage programs like ‘Wake Club’ which endeared to him modern generations. Peck has won a variety of accolades such as song of the year and person of the year for both singing and acting, and he has recently featured in Disney films as a voice actor.