How to Travel from Bangkok to Phuket 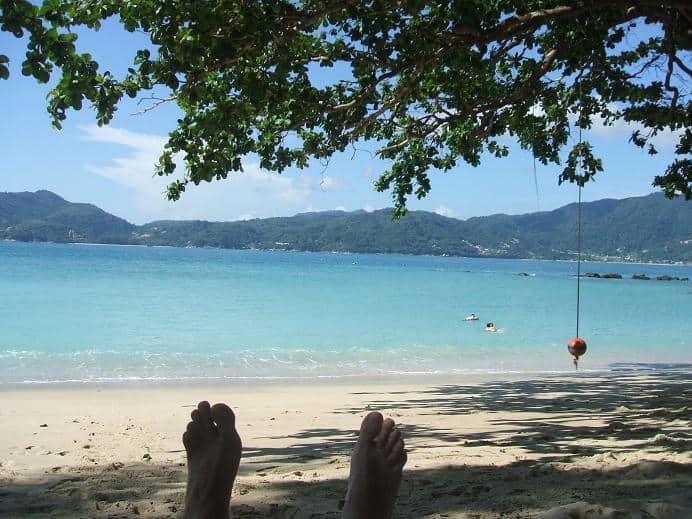 How to Travel from Bangkok to Phuket

Thailand is a holiday destination that in many ways offers a range of diverse experiences for those willing to do a little extra travelling once they arrive in the country.

From the expansive, natural mountain ranges up in the Northern regions, to the urban, concrete sprawl of the capital Bangkok, right down to the tropical paradise of the Southern regions with their crystal clear waters and white, sandy beaches – it is no wonder that many people making the long flight to this SE Asian region often like to combine stays in different regions as part of their holiday of a lifetime.

There are plenty of options in terms of transportation within the country, but it pays to get a closer insight into just how some of these particular avenues operate, and perhaps compare some variations in cost and timescale. Heading down to the coastal Southern regions after the sometimes overbearing chaos that is Bangkok is a popular option, so this article provides a few insights on the best ways to travel to Phuket, one of the main Southern island holiday destinations of Thailand, from the capital city in the slightly more central region.

Although Phuket is an island, it is accessible by road, so those with a phobia of small boats need not worry (and it is fair to say that this option has received its fair share of rather unfortunate publicity and criticism in recent years, and so has not been included as a recommended option here).

Travel to the island is reasonably easy, with the main options being flying, bus, train, or a combination of bus and train. So, let’s take a closer look into some of the variations and their particular nuances of the best ways to travel from Bangkok to Phuket. 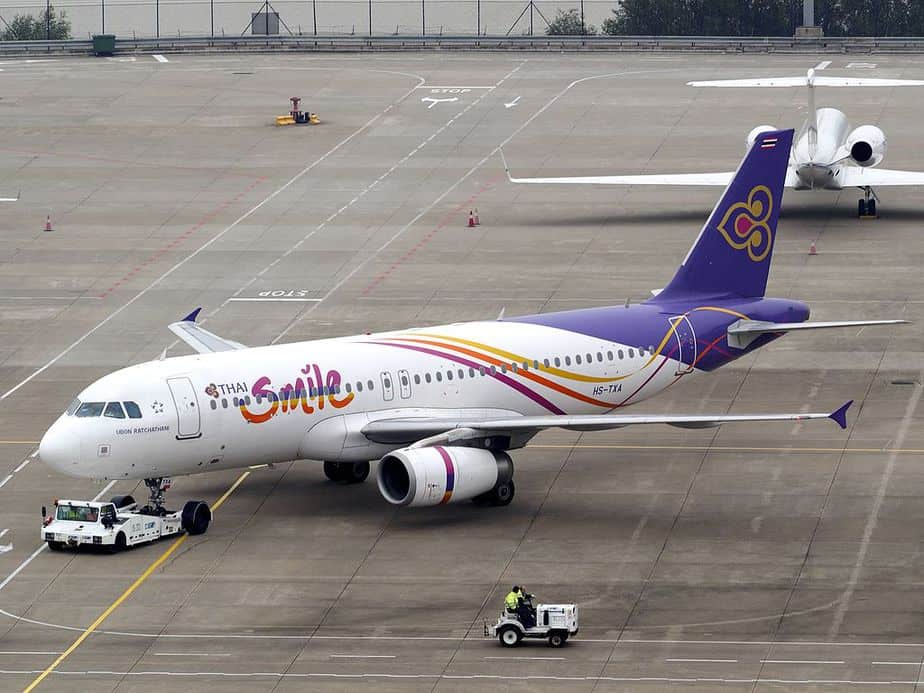 Phuket could not be more different from Bangkok. To many people, this place meets their criteria of Thailand on a different level when comparing it to the chaotic, humid, frenzied traffic-congestion-and-shopping-mall culture that is the nation’s capital city. It also serves as an ideal place for a bit of much-needed repose after trawling the gamut of shopping malls and markets that is Bangkok.

Phuket is an island. It has beaches of its own to die for but also serves as a useful landing point from which to access the many other, smaller nearby islands – the Phi Phi range being one of the main examples. 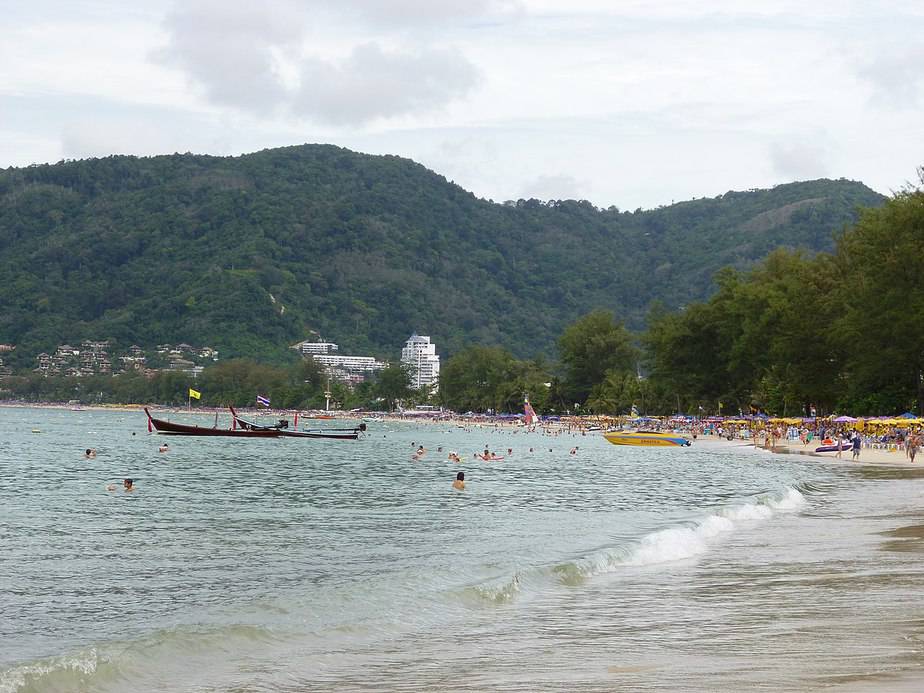 Patong Beach in Phuket is an example of one of the most famous and popular – and also the most lively – so it is useful to bear in mind that the nightlife in some areas of the island can get quite frenzied and bustling.

That said, if it is an activity that you are looking for during your stay in Phuket, in Patong and in many of the other areas of the island it is easy to find a variety of daytime activities such as water sports, scuba diving, and zip lining to name but a few.

Taking a domestic flight from Bangkok to Phuket is undoubtedly the quickest and safest route. The flight takes only around one-and-a-half hours, and both Suvarnabhumi, the Thai international airport, and Don Mueng – the much smaller domestic option – have a wide range of flights to the Southern regions of Thailand running on a daily basis. These flights can be relatively inexpensive depending on when they are booked, and the airline being used. 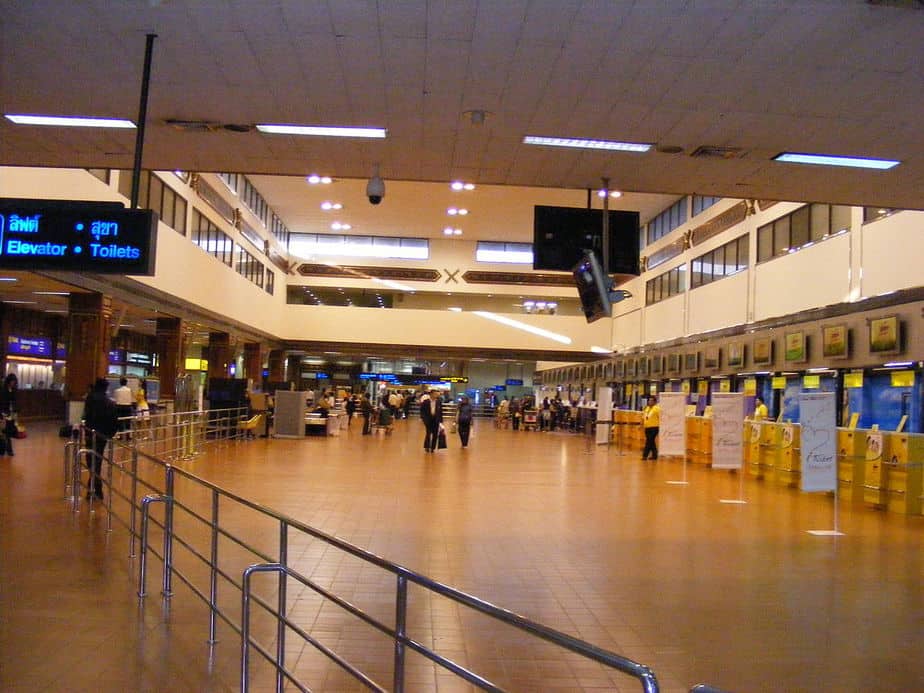 The ‘low-cost’ or budget local airlines are popular choices for locals taking shorter, domestic flights, with prices ranging somewhere between 1500 and 5000 baht, depending on the time of year and availability.

Check and compare the information of some of the airlines, both budget and otherwise HERE: https://12go.asia/en/travel/phuket/bangkok

Take the train (and the bus)

The trains in Thailand, it should be noted, are still somewhat antiquated compared to those in more developed countries. This means that train journeys tend to be somewhat long affairs and a tad uncomfortable with their minimal wooden-benched seating — although this is obviously reflected in the prices of tickets, some of which may seem comparably much lower than flights.

The train journey to Phuket will obviously disembark at the nether regions of the mainland, there being no track across to the island itself. It takes around eight hours to get from the capital to the Southern region of Thailand, and some travellers may find it more enjoyable than flying (although enjoyable and comfortable are not necessarily the same thing!).

Certainly, those on a lower budget might appreciate this option – and the journey by train will present more chance to take in the views across the mainland whilst heading south if that is a point of interest. 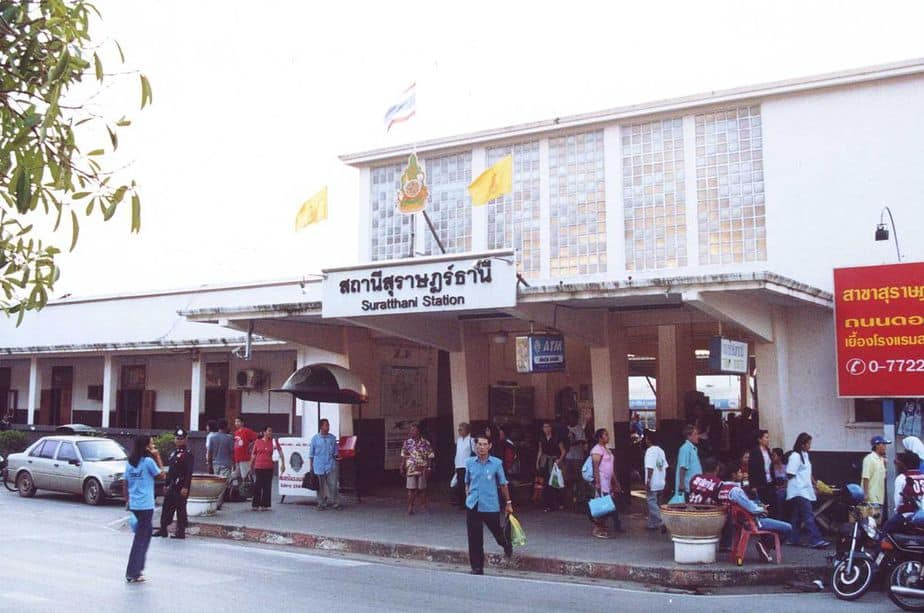 There are quite a few trains per day leaving Bangkok from Hua Lamphong Station, with some of them being faster than others, and overnight options also being available. The most likely option would be to take the train to the city of Surat Thani, then complete the remainder of the trip by bus (luckily the island is accessible via road).

The prices for train tickets will vary according to the duration of the journey, the class of the ticket, and the times and dates selected for the trip, but tend to be somewhere between 600-800 baht (standard) and 1500 -1800 baht (first class). For some reason purchasing the tickets online is more expensive than getting them at the station, so check all options beforehand. 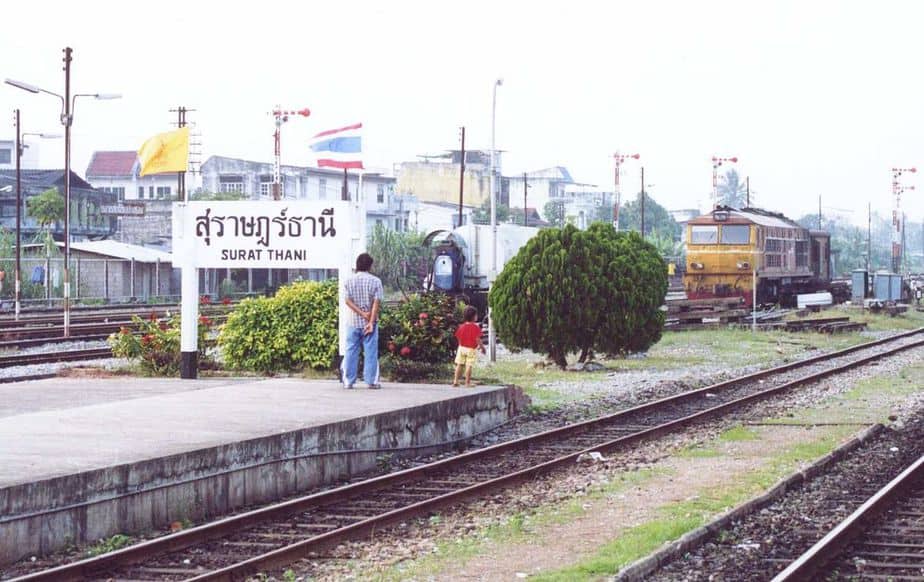 Train and bus combination tickets are available at the train station, or alternatively you could get a bus quite easily from Surat Thani train station. The deal with most of the bus stations, including the Southern Bus Terminal in Bangkok, is that you just turn up beforehand and get your ticket for the destination of your choice. If the one that you require doesn’t have enough seats left, you wait for the next one to fill up and leave.

This may be leaving things a little too much to chance for some people, but as long as you have an idea of the times that the buses operate it shouldn’t prove that much of a problem (more details on bus stations below).

The downside of taking the train and bus option, just in case you were ready to jump off the train with your factor nine and your bucket and spade at the ready is that the remainder of the trip via the bus connection still takes another five hours. The thing to know about the bus option for a road trip of any length other than locally in Thailand is that it may be comparable to the train journey in some ways, depending on the type of bus selected.

Typically, a ‘standard’ bus in Thailand tends to be a Governmental, somewhat dilapidated affair, which is why it is highly recommended that anyone choosing to go by this method as part of their holiday consider some VIP options available. The best way to ensure this would be to get the tickets for the bus connection at the same time as buying the train ticket. 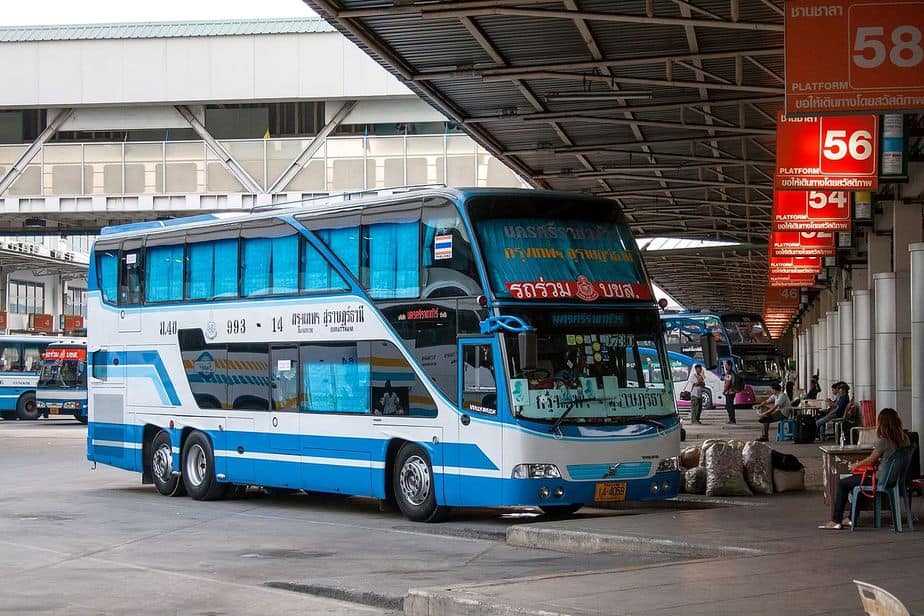 Visitors to Thailand on a limited budget not wishing to do the train option may consider making the entire journey to Phuket by bus. Again, this is something of a ‘long haul’, taking somewhere from between 12 and 16 hours to complete. It may save a little time, and maybe it will be slightly cheaper than the train-and-bus option.

It could, however, still turn out to be less than comfortable if the right bus is not found and reserved beforehand. It comes down to a little planning and knowing the difference between a bus and a ’bus’ in Thailand.

On the one hand, buses in Thailand are the cheapest available option of transportation available. Unfortunately, however, this also means that they are likely to be a somewhat uncomfortable experience unless care is taken beforehand in choice of bus.

The Southern bus terminal in Bangkok is known as Sai Tai Mai and is found on Boromaratchachonnani Road in the Talinchan area of the city. What you are basically looking for when you arrive at this terminal is an Express Coach to Phuket, which is made a little easier by the fact that several private companies such as Phuket travel and Bus Express operate solely for that purpose. 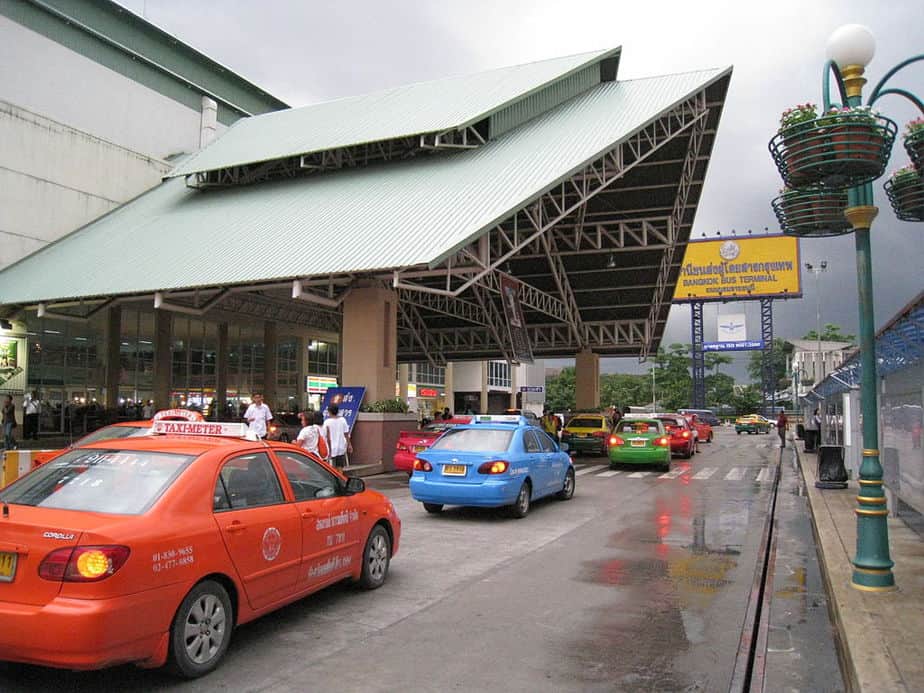 The VIP Coach option is undoubtedly the one recommended guaranteeing any degree of real comfort, and there is a difference of around 400-500baht in price between the standard express bus and the VIP version (the latter coach has more seats per row and generally more legroom).

All of these types of operator offer air-conditioned buses, blankets, refreshments, toilets, and a few stops along the way. The buses start to operate at around 6.30 am, with later afternoon and evening ‘sleeper’ options being available usually up until around 9 or 10 pm. T 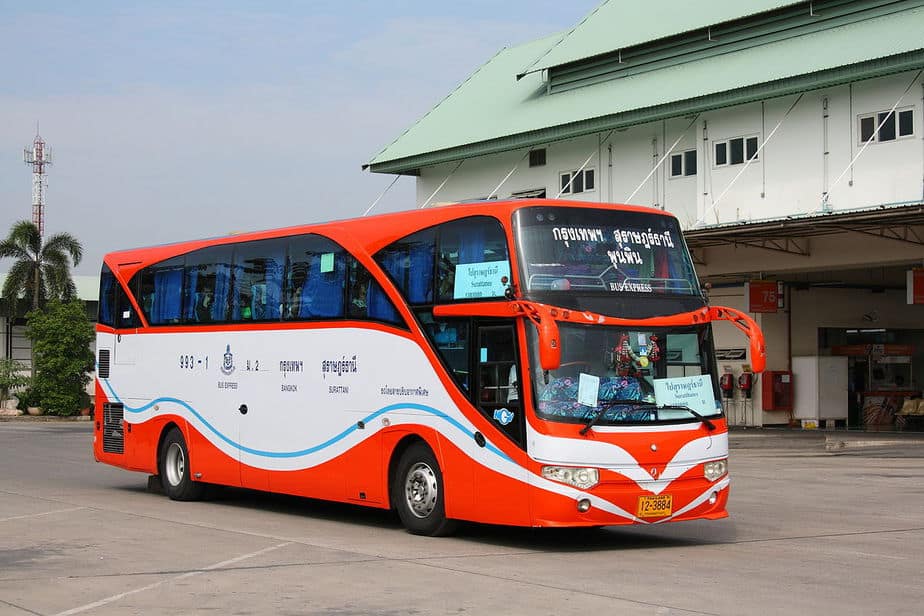 The disembarkation Bus Terminal in Phuket is known as Bo Ko So, but it is worth noting that the station is not in the center of Phuket, in fact being about 5 km further north.

For more information on bus and coach booking and prices, check HERE: https://12go.asia/en/bus/bangkok/phuket