A Brief Guide to Driving in Thailand and Bangkok 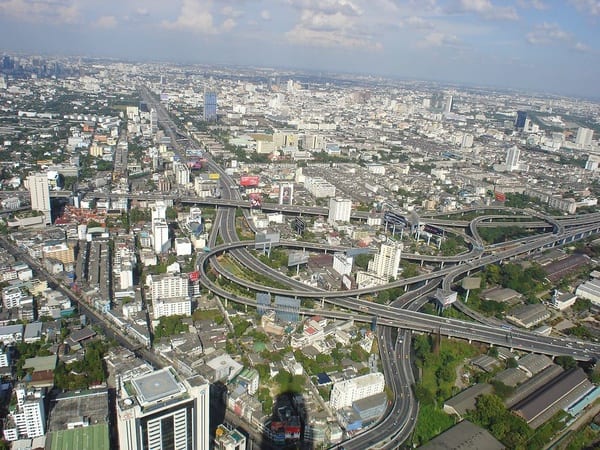 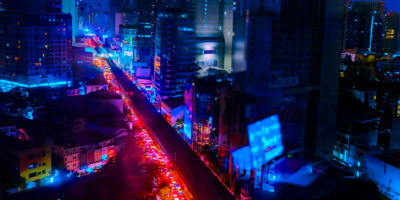 A Brief Guide to Driving in Thailand and Bangkok

If you ever travel to Thailand, your first insight into the way people drive on the roads here will most likely come by way of a taxi ride from the airport.

Although it’s possible that many visitors are either too jet-lagged or too excited to have landed that they don’t pay too much attention to what is occurring on the road.

Yet, there are deep insights to be gained about driving in Thailand from the antics of a taxi driver, especially if you happen to be in the capital city. 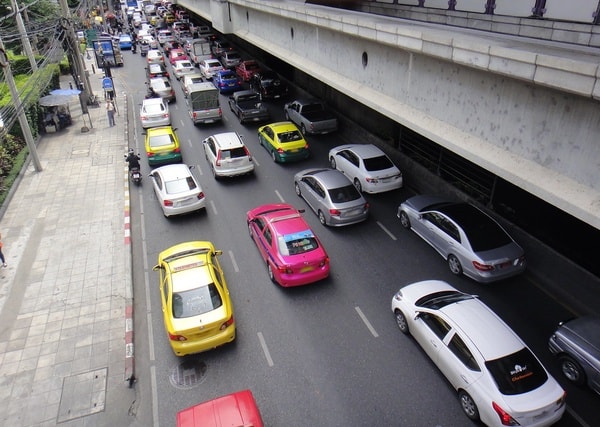 It may just be the subtle things — like your driver not stopping at traffic lights — that don’t completely escape your attention.

Or maybe it’s the fact that he’s switching lanes and making turns without any apparent attempt at indication.

It could even be the constant talking on the mobile phone, without any seeming regard for anyone else who may happen to be on the road, or the fact that he seems to have lost all sense of direction – even with the Google Map application open on his mobile.

Either way, if you happen to pick up on any of these nuances that your friendly taxi driver exhibits, then you are becoming aware of the fact that you are now on the road in Thailand.

As highlighted in our previous post about riding a motorcycle in Bangkok, driving in Bangkok does not come all that highly recommended.

If you spend any amount of time in the country, sooner or later you may get the impression that road sense and driving etiquette in Thailand is somewhat different from what you are used to back home. 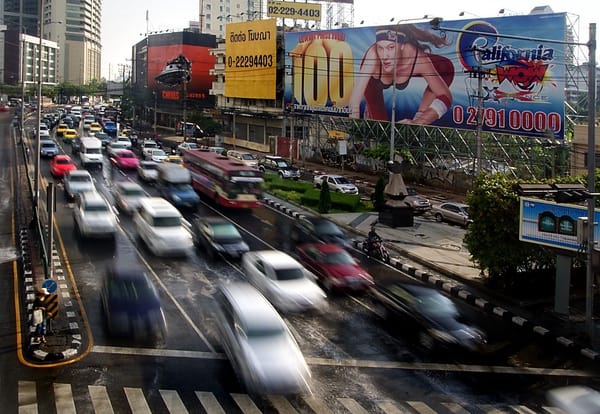 Of course this may depend on where you are from to some degree. But there is a massive culture shock waiting on the roads of Bangkok for the majority of people intending to brave the notoriously congested traffic in the Thai capital by way of either 2 or 4 wheels.

And yet, there will always be those adventurous spirits who push on regardless, seemingly oblivious to the danger, chaos, and confusion that awaits and surrounds them on the nation’s roads.

Maybe it is their sense of adventure, or their well-intended desire to get a ‘birds-eye view of the city’ and blend into the surrounding environment like a local.

Or perhaps they have a family and see the city’s public transportation system as impractical, over-crowded, chaotic, and over-priced (an assumption not too far wide of the mark as things stand). With this in mind they decide to dig in and make their way around the expanse of the city under their own steam.

They envisage the sense of freedom they will experience from having a set of wheels from which to make their own way around the city, at their own convenience.

And that is indeed a noble and admirable approach to navigating any land worth a visit across the globe.

But let’s first have a deeper look into what driving in Thailand truly entails. And then, perhaps you can make an informed decision as to whether it is something you still wish to undertake or not, if you were planning on doing just that.

Renting a car in Thailand or Bangkok

It is possible to book a rental car that will be delivered to you at the airport. The pricing for some of the deals is reasonable, often somewhere in the region of around 2,000 baht for 3 days. 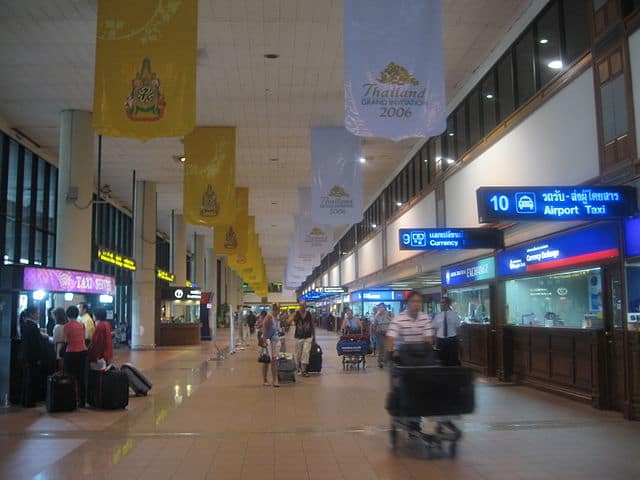 You can book them in advance and have them dropped off at the airport, although some rental services such as Rentalcars.com (https://www.rentalcars.com) do have a counter in Suvarnabhum Airport.

Just make sure to check all the paperwork such as insurance and other driver information is all clear before heading out onto the highway.

Owning a car in Thailand or Bangkok 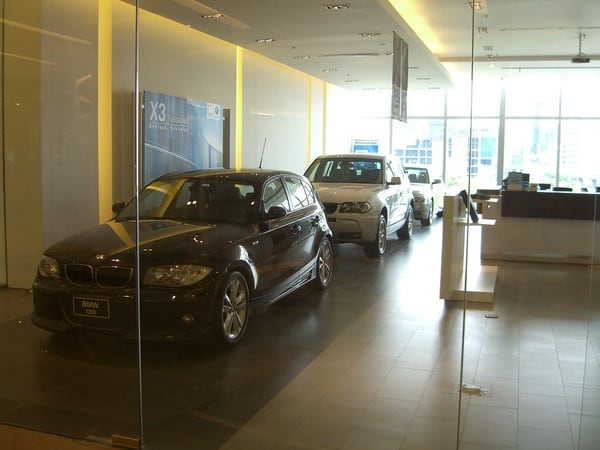 It is possible to own a car in Thailand. There are conditions attached for foreigners though, as you might expect.

The good news is that if you have the funds outright, then it’s a done deal.

If you are looking for any kind of finance or extended payment plans though, then this is possible only if you are in possession of a valid work permit.

So if you think buying a new car is the right option for you, then go ahead. You might take into consideration though the fact that there is not much by way of a second-hand market for cars in Thailand.

There exists a distinct lack of trust for anything sold privately, especially cars.

And although they do exist, there aren’t that many second-hand car dealerships either. So your new car will depreciate somewhat rapidly with little chance of ever truly recouping any of the value through re-sale.

The Thai government actually introduced tax incentives a few years back in a bid to encourage people to buy new cars and eradicate some of the older, much less environmentally-friendly older models.

In some ways they were successful, although to this day this move is blamed for much of the congestion on the road, particularly in the city.

That said, when you see any of the old buses blasting along the main roads of Bangkok spewing out long trails of black smoke, you might be inclined to think that the environmental angle wasn’t the main drive behind that particular campaign.

Foreigners and driving licenses in Thailand and Bangkok 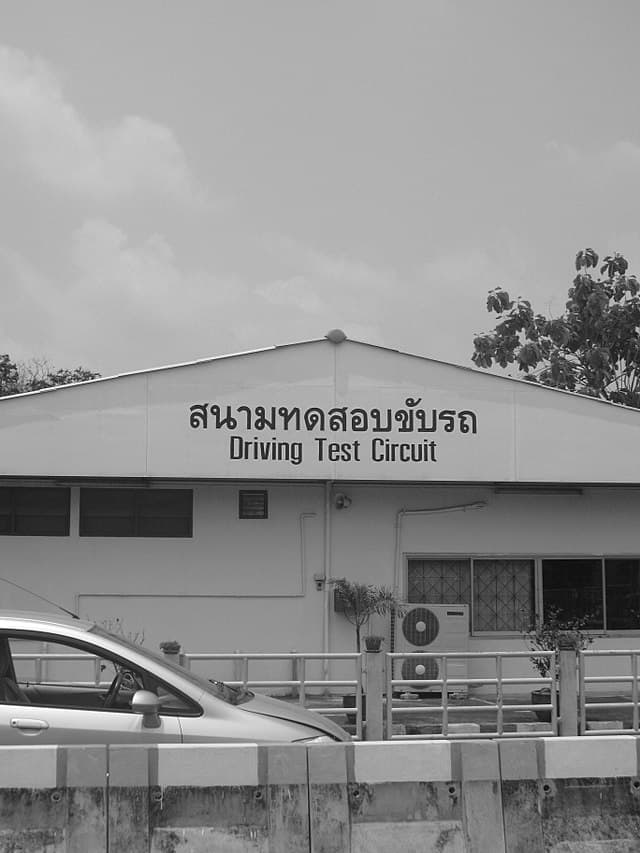 You are allowed to use an International Driving Permit for 60 days to drive in Thailand. This is issued in conjunction with the driving license you hold from your own country.

You can acquire a Thai driving license relatively easily if you already possess one from your own country – you simply go to the Department of Land Transport, near Chatuchak Park (1032 Phaholyothin Road, Chatuchak, Bangkok).

If it is your first Thai license then you will be issued with a temporary permit with a validity of 2 years to begin with. 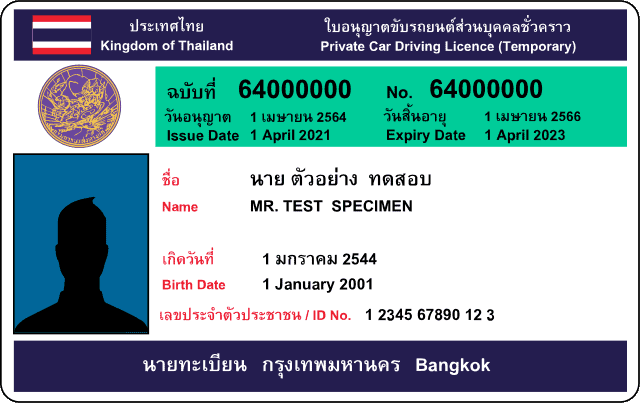 You will obviously need to be prepared to have all the necessary documentation to hand, including copies, namely:

It’s true that many Thai Police are likely to bypass foreigners due to their lack of language skills but don’t discount the possibility. This could mean a trip down to your local station to pay a ‘regular’ fine, unless you know the ‘local way’ of dealing with such matters but having a Thai driving license will make matters a lot easier if you do get stopped.

Navigating the roads in Thailand and Bangkok

To put a fine point on it, there are lots of accidents on the roads in Thailand.

If you spend any amount of time in the country, you will find that the majority (if not all) of car drivers have either been involved in some kind of accident, or expect to be!

Thailand has one of the highest instances of road traffic accidents and deaths on the road in the world (the second highest, in fact), and the highest in Asia.

There are a few factors related to this, including culture, education and economics, drunk driving, and the Thai driving test which involves no ‘on-the-road’ driving to speak of, and which some people have even been known to pay someone to take for them! 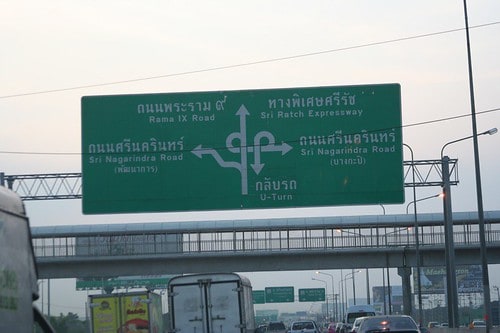 If you happen to be from a Western country, you will come as something as a shock to realise just how little attention drivers on the roads in Bangkok pay to other drivers.

This means that you WILL encounter drivers who don’t look before pulling out in front of you, along with those who don’t indicate when turning or changing lanes and always believe that they have the right of way, no matter what!

To confound things even further, you will also likely encounter plenty of drivers who are indicating when they have no intention of turning in that direction at all (they don’t know the indicator is still on) – and they often turn the opposite way!

You will meet vehicles (particularly other bikes) driving along the road in the wrong direction, along with others who randomly stop where ever they see fit. Look out! 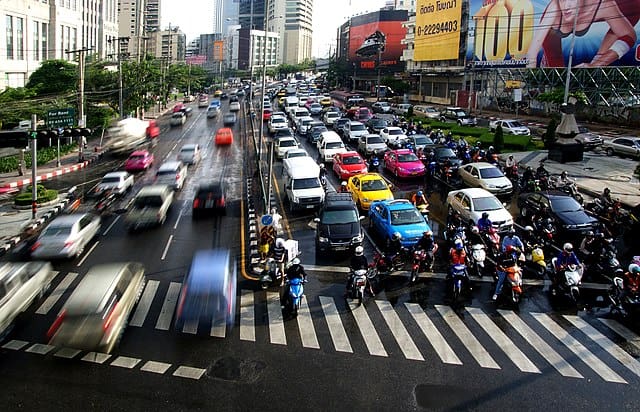 Image by Bernard Spragg from creativecommons.org

A red light does not always mean stop in Bangkok. There is no sense of ‘courtesy’ on the road in Thailand, like there tends to be in countries where some form of Highway Code or etiquette is followed.

Studying and exhibiting knowledge of The Highway Code or anything like it is not generally a requirement of the Thai driving test or acquiring a license.

People do not give way, to the point where they don’t even stop at zebra crossings. So if you happen to be the one slowing down at a pedestrian crossing to let a mother with her child cross, you will either be the target of beeping horns behind you, or you may get run into from the back. Or both.

Apart from all that, it’s possible that for some driving on the road could be a fun and adventurous way to make your way around when visiting. Maybe you can decide for yourself.