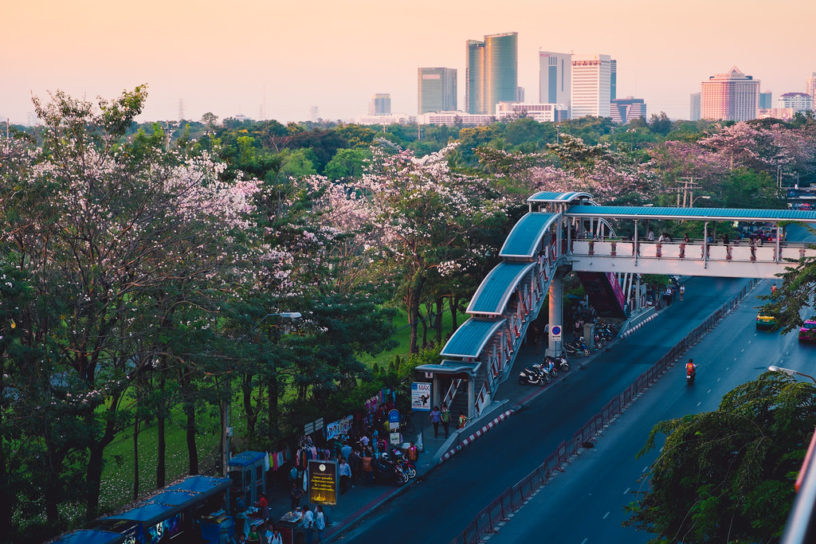 In Bangkok terms, anything outside of what is generally considered the central area or ‘downtown’ district of the Thai capital is loosely regarded as ‘Outer Bangkok’.

This term actually encompasses a fairly broad expanse. It could be anything from a district on the outer edges of the city centre Sukhumvit/Siam/Silom areas, to a much further outreach of Bangkok bordering another province.

But this post is concerned with one of the outward-bound districts of Thailand’s capital just a handful of BTS stops along from the actual centre of the city (geographically speaking), Victory Monument — Chatuchak. You can find Chatuchak between the Saphan Kwai and Phaholyothin stops on the BTS line, as well as on the MRT subway line.

The Chatuchak district, while not being anything even close to the ‘touristy’, English-speaking and ‘accustomed-to-foreigners’ stretches of the inner city, does have a couple of noteworthy features as far as ‘out-of-towners’ are concerned.

In fact, the majority of the visitors to Bangkok make their way to the vast weekend market in the area, which is reportedly one of the biggest in the world. 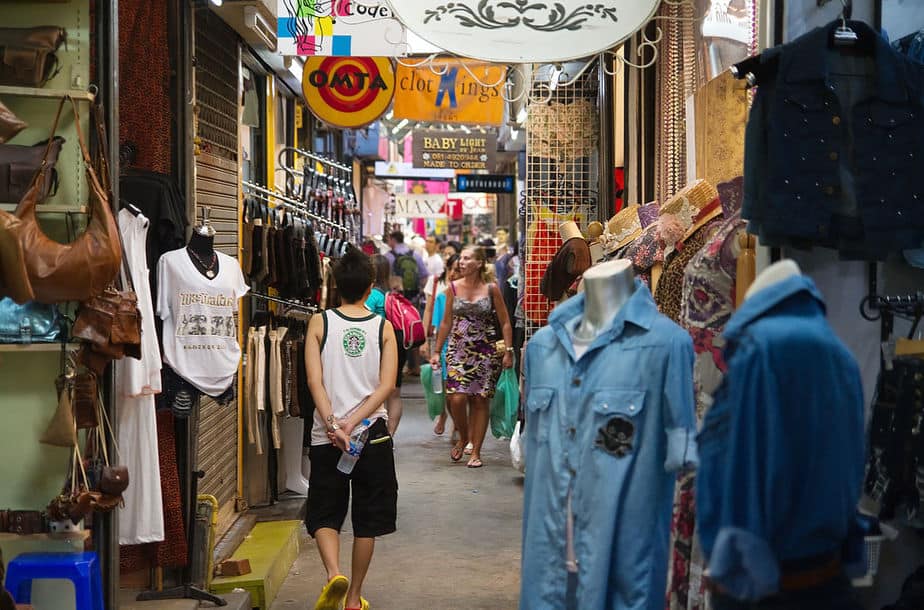 And right next to the market you have one of the biggest green expanses in the whole of the capital, which actually comprises 3 different parks (Chatuchak, Rot Fai, and Queen Sirikit) and will easily take you all day, if not more, to take in completely.

There are also a few prominent municipal buildings in the area such as the Department of Land Transport (where foreigners can go to get their Thai Driving License), as well as a few 5-star hotels, huge office blocks, and at least 2 of the most popular shopping malls in the city for both locals and visitors.

So if you are looking to spend time in Bangkok and would rather avoid the central, touristy, and largely over-priced regions of the city, then you may consider checking out the Chatuchak district.

If you wanted to consider staying in the area, then you’ll find the Sofitel Grand 5-star hotel right behind Central Ladprao Shopping Plaza, and there are a growing number of Airbnb options in this region of Bangkok.

The Chatuchak Weekend Market is definitely the focal point of the region as far as visitors to Bangkok are concerned, and although you will find other, much smaller markets in the area, they tend to be a lot less consistent. Union Mall and Major Ratchayothin both have markets around them from time to time but the days tend to change quite often, as do the layouts. 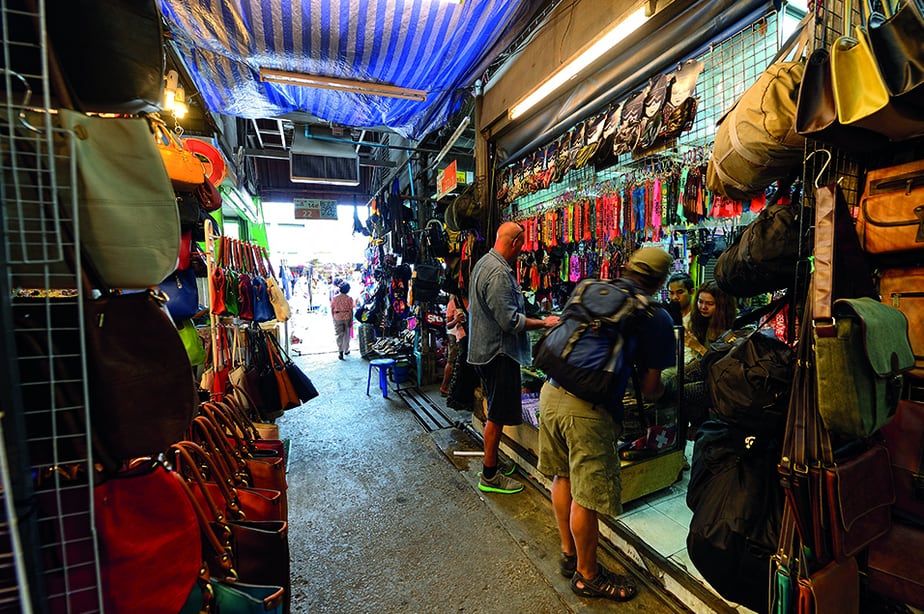 This is the biggest and most well-known of all Bangkok’s markets. Situated right next to the 3 huge parks in the district, the market is a huge network of both indoor and outdoor market lanes selling just about everything you could imagine.

This place has everything from clothes and accessories to handicrafts, garden furniture, plants, and even rare animals, fish and reptiles that might otherwise not be considered as pets were this not Thailand. There is food, coffee, ice-cream and beer, but the crowds do get a little overbearing in the afternoon heat for those not accustomed to such chaos and diversity.

Chatuchak Market makes for more of a day out than a simple stop-off, and is usually packed with droves of locals and non-locals alike who come to shop, walk, or just soak up the atmosphere.

The market is easy to get to and has more than enough of the atmosphere of a typical Thai market. However, although bartering is always part of the process, prices are unlikely to be that low as this is a major tourist haunt.

When: Weekends 9am to 6pm
What is available: Clothing, shoes, food, accessories, furniture, pets – everything!

CentralPlaza Ladprao is something of a Bangkok institution in terms of shopping complexes. The store is owned by retail giant Central Pattana and has been established for the best part of 40 years, being the first one opened by the group. 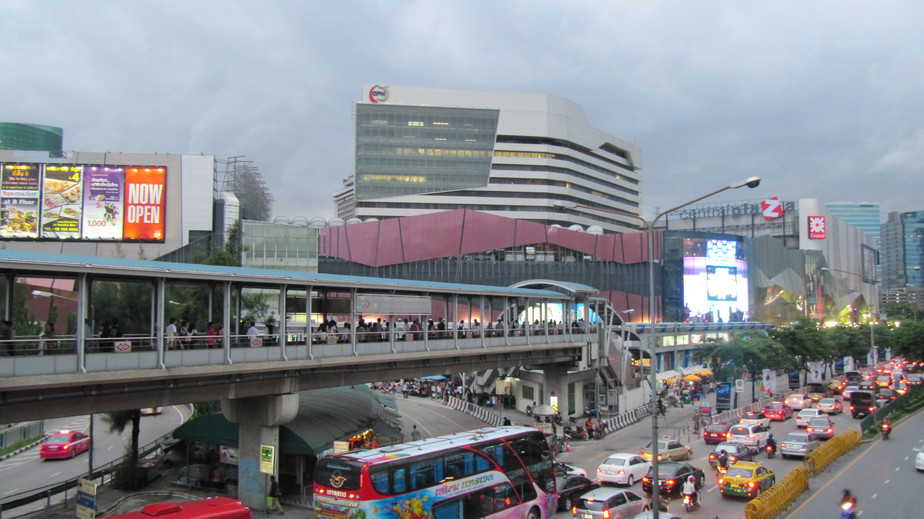 Having undergone major refurbishment in the last decade, the store contains four floors of shops, restaurants, and coffee bars, with a cineplex situated on the fifth floor. It is on Phahon Yothin Road at the end of Lat Phrao Road in Chatuchak District.

A stone’s throw from the BTS and MRT hub stations at Chatuchak, it now has a recently constructed, direct-access stop which forms part of the new BTS extension line, (Yaek Ladprao). The three huge parks of the area are just behind the store within walking distance. 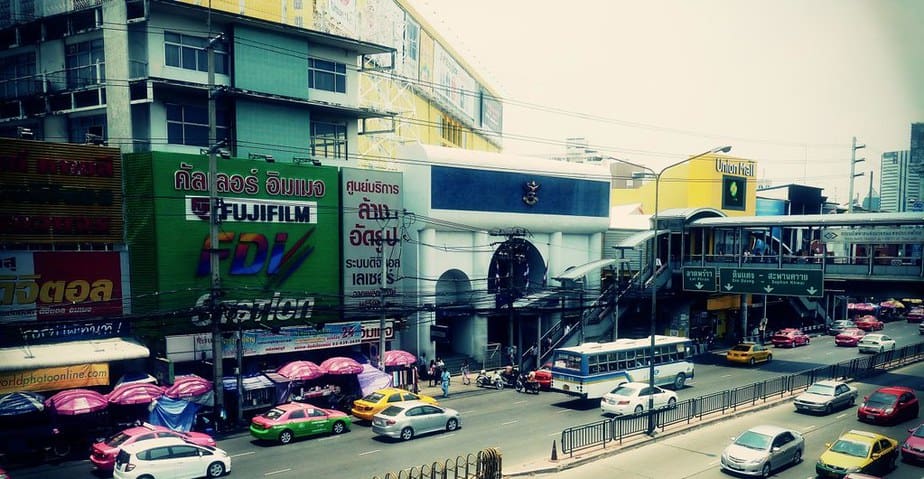 Union Mall is at the Lat Phrao junction, just across from the Central Mall. This quirky (bright yellow) shopping venue opened almost 15 years ago and is still changing and expanding in terms of layout. It has eight floors, and rather than being a department store in the style of the other malls like Central, it contains more than 1000 ‘booths’, not dissimilar to Platinum Mall, making it somewhat closer in feel to an indoor market.

Union Mall is definitely a popular hangout for younger generations of locals, mainly due to the range and price of much of the fashion and accessories on offer, and again there is a cinema on the top floor and a very reasonably-priced food court in the basement floor. 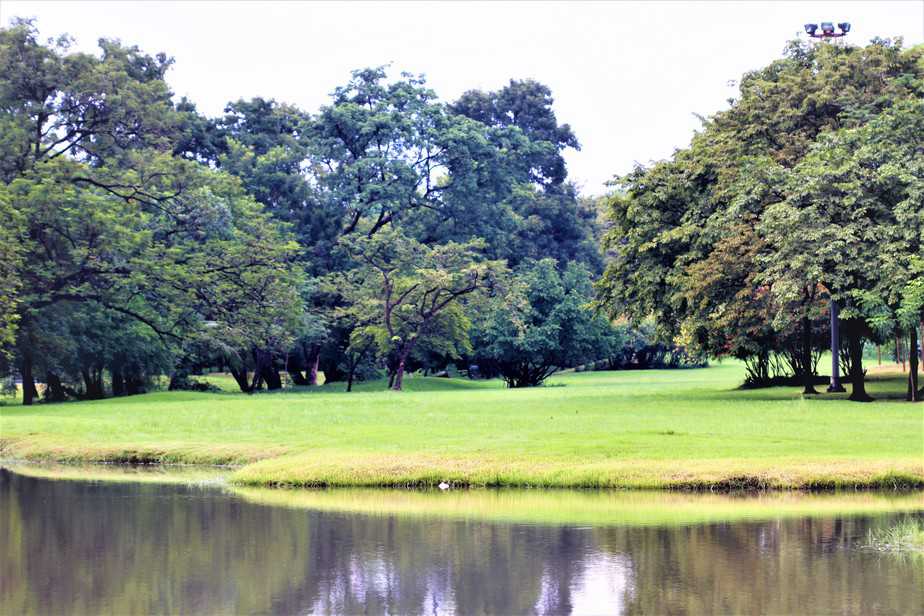 The ‘Rot Fai’ or Train Park is an impressively large green expanse that is a third of the trio in the Chatuchak district. This is undoubtedly the largest, and gets its name from the fact that the land it stands on was once owned by the Thai State Railway.

It basically sits behind the Chatuchak Park on the main road, and one way to access it is by going through the first park first. Alternatively you could exit Central Ladrprao shopping plaza and walk down the right-hand side of it past the Sofitel Hotel where you can cross a bridge going over the main road to access the park from another entrance point.

Here you’ll find cycle tracks, joggers, walkers, bird-watchers, couples, and families out on a lazy day picnic. There is also a separate kids’ cycle track and playground area, as well as a butterfly garden.

This park is the first of the 3 that you will see if you arrive by BTS or MRT. It is on the main road and is accessible from both forms of transport. 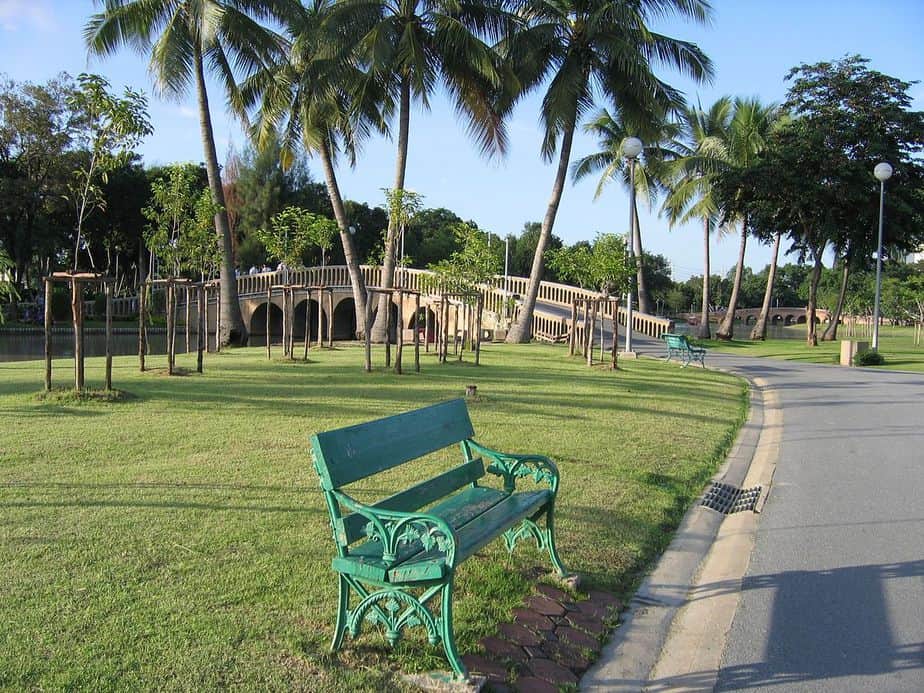 As the park is very close to the weekend market, it is a popular stop-off point for those looking to escape the chaos and humidity of the market.

Chatuchak Park has many aspects loosely based on NY’s Central Park and has lakes (some with paddleboats), and a running/walking perimeter with distance measurements. Hence it is one of the area’s prime locations for joggers at certain times, mainly early morning and evening.

This park is in many ways the most exotic of the 3 in terms of its colourful flowers and gardens. It has a stunning array of expertly-manicured blooms and well-kept greenery including lawns, trees and bushes. 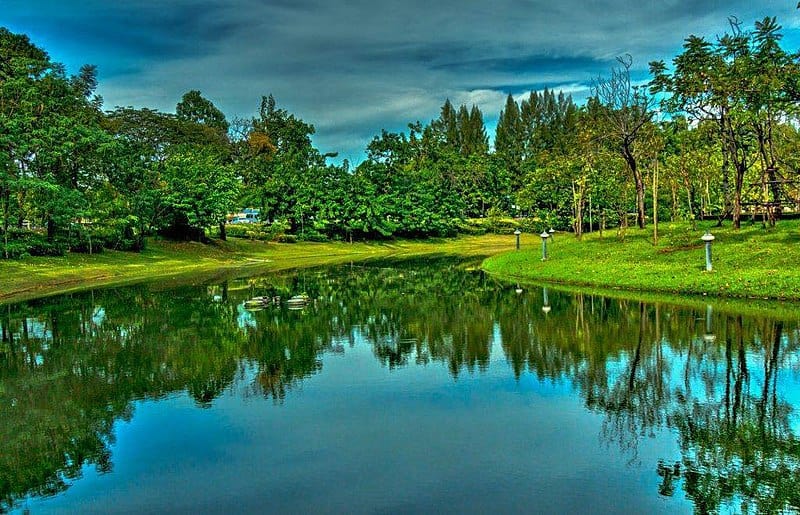 Queen Sirikit Park is the quietest of the 3 as well, with most joggers and cyclists in the area choosing one of the other 2 parks. In fact a lot of people aren’t aware that it is hidden away at the back of the other two, although you will see it if you go to one of the other shopping attractions in the area, JJ Mall, which is just across from one of the park’s entrances.

This is definitely the park to head for if you are looking for some real respite from the hustle and bustle of the many shopping options around the parks and the area in general.

Entertainment and Leisure in Chatuchak

There are lots of restaurants dotted around the area. Of course, you’ll find legions of them in the malls, and there are decent food courts in both Central Ladprao and Union Mall if you are looking for something a bit cheaper than a shopping centre restaurant.

There are a few reasonable bars dotted around the various spots in the area (don’t expect any English-speaking staff though), from the Chatuchak Park BTS stop region up past Central Ladprao heading towards Major Ratchayothin along the main stretch of road.

Central Ladprao has a decent cinema, and Major Ratchayothin is a huge Cineplex which also has a few eateries in it, and it is attached to a reasonably hi-so community mall called Major Avenue (BTS Ratchayothin). Avenue has lots and lots of restaurants, along with banks, wine shops, coffee bars, and a Villa Supermarket, as well as a market on the car park on some evenings.