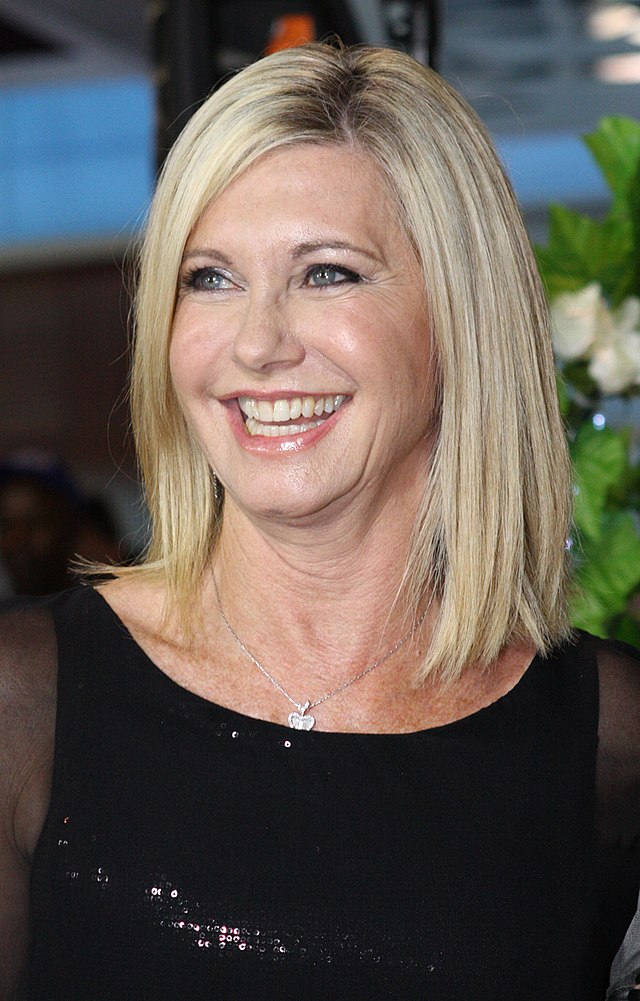 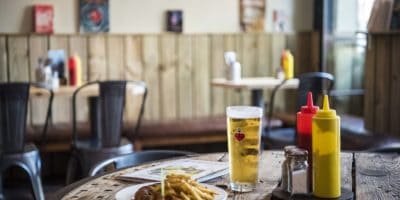 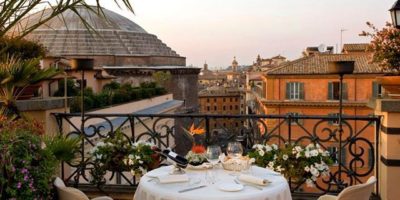 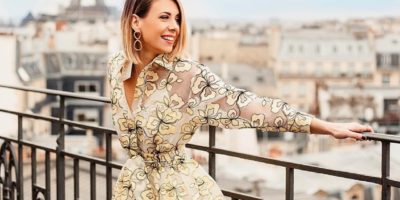 Pret-à-Porter for the True Parisian

Her Jewish maternal grandfather, the Nobel Prize-winning physicist Max Born, fled with his family to Britain from Germany before World War II to escape the Nazi regime.

Newton-John’s maternal grandmother was of paternal Jewish ancestry as well; through her, she is a third cousin of comedian Ben Elton.

Newton-John’s father was an MI5 officer on the Enigma project at Bletchley Park who took Rudolf Hess into custody during World War II.

After the war, he became the headmaster of the Cambridgeshire High School for Boys and was in this position when Olivia was born.

Newton-John is the youngest of three children. She follows her brother Hugh (1939–2019), a medical doctor, and her sister Rona lived between 1941 to 2013. an actress who was married to Grease co-star Jeff Conaway from 1980 until their divorce in 1985.

In 1954, when she was six, Newton-John’s family emigrated to Melbourne, Australia, where her father worked as a professor of German and as the master of Ormond College at the University of Melbourne.

She attended Christ Church Grammar School in the Melbourne suburb of South Yarra and then the University High School near Ormond College. 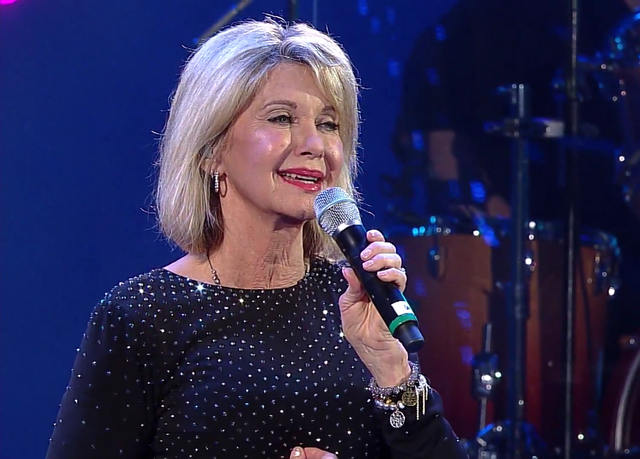 At 14, Newton-John formed a short-lived all-girl group, Sol Four, with three classmates often performing in a coffee shop owned by her brother-in-law.

She became a regular on local Australian television shows including Time for Terry and HSV-7’s The Happy Show where she performed as “Lovely Livvy”. 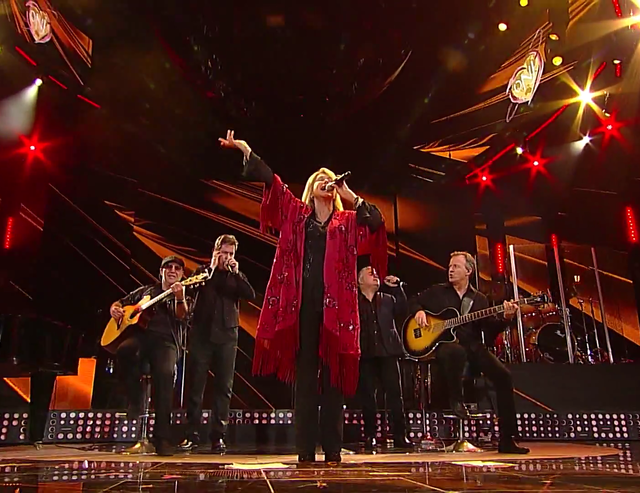 In 1965 she entered and won a talent contest on the television program Sing, Sing, Sing, hosted by 1960s Australian icon Johnny O’Keefe, performing the songs “Anyone Who Had a Heart” and “Everything’s Coming Up Roses”.

She was initially reluctant to use the prize she had won, a trip to Great Britain, but traveled there nearly a year later after her mother encouraged her to broaden her horizons.

4. Recruited for the Group ‘Toomorrow’ 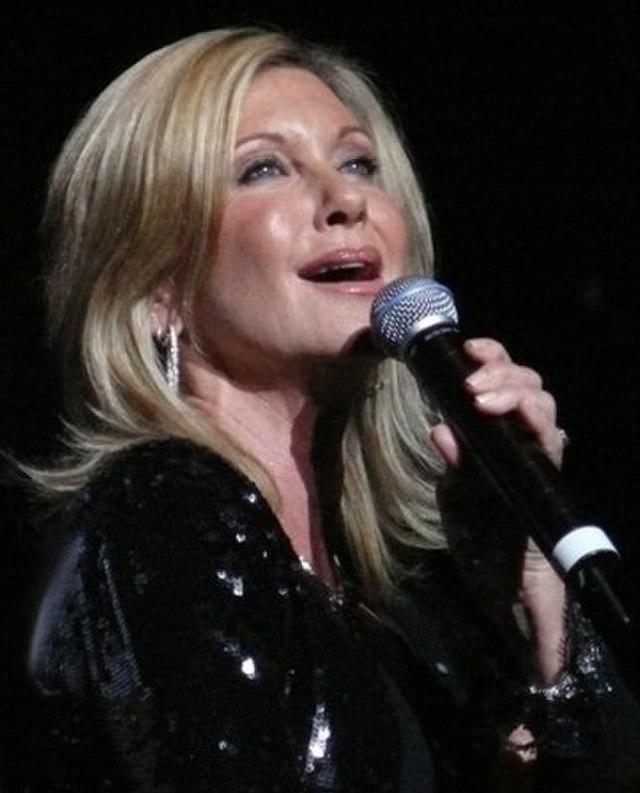 Newton-John was recruited for the group Toomorrow, formed by American producer Don Kirshner. In 1970, the group starred in a “science fiction musical” film and recorded an accompanying soundtrack album, on RCA Records, both named after the group.

That same year the group made two single recordings, You’re My Baby Now, Goin’ Back, and I Could Never Live Without Your Love, Roll Like a River. Neither track became a chart success and the project failed with the group disbanding.

The title track, written by Bob Dylan and previously recorded by former Beatle George Harrison for his 1970 album All Things Must Pass, was her first international hit (US No. 25 Pop, No. 1 Adult Contemporary/”AC”). 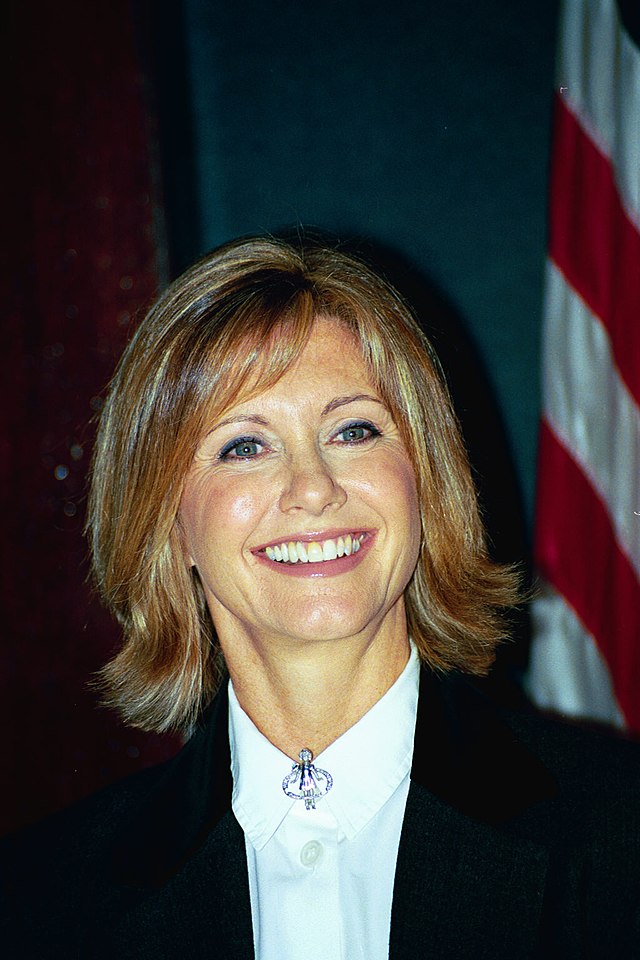 Her follow-up single, “Banks of the Ohio”, was a top 10 hit in the UK and Australia. She was voted Best British Female Vocalist two years in a row by the magazine Record Mirror.

She made frequent appearances on Cliff Richard’s weekly show It’s Cliff Richard and starred with him in the telefilm The Case.

In 1972, Newton-John’s second UK album, Olivia, was released but never formally issued in the United States, where her career floundered after If Not for You.

This earned her a Grammy for Best Country Female and an Academy of Country Music award for Most Promising Female Vocalist.

8. Let Me Be There Album

Her second American album, named Let Me Be There, after the hit single, was actually her third in Britain, where the LP was known as Music Makes My Day.

The record was also called Let Me Be There in Australia; however, the US and Canadian versions featured an alternate track list that mixed new cuts with selections from Olivia and.

She also recycled six songs from If Not for You, which we’re going out of print.

Encouraged by expatriate Australian singer Helen Reddy, Newton-John left the UK and moved to the US. Newton-John topped the Pop (one week) and Country (six weeks) album charts with her next album, Have You Never Been Mellow.

For 45 years, Olivia held the Guinness World Record for the shortest gap of only 154 days. This was by a female between new Number 1 albums, If You Love Me, Let Me Know > Have You Never Been Mellow.

Further, on the US Billboard 200 album charts until Taylor Swift in 2020 for 140 days only with folklore and evermore.

However, her pop career cooled with the release of her next album, Clearly Love. Her streak of five consecutive gold top 10 singles on the Billboard Hot 100 ended when the album’s first single.

Per her new agreement with MCA, Newton-John’s first three albums, beginning with Clearly Love, came out on schedule; however, her fourth, Making a Good Thing Better, was late.

On 31 May 1978, Newton-John and MCA each filed breach-of-contract actions against the other.

Newton-John sued for $10 million and claimed that MCA’s failure to adequately promote and advertise her product freed her from their agreement. MCA’s countersuit requested $1 million in damages and an injunction against the singer working with another music firm. 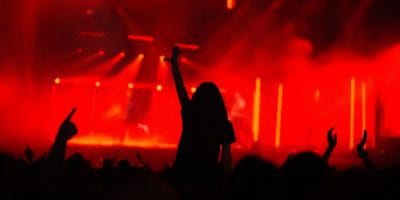 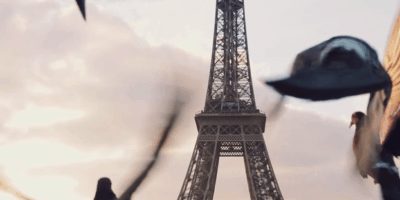 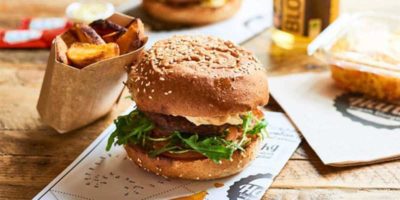