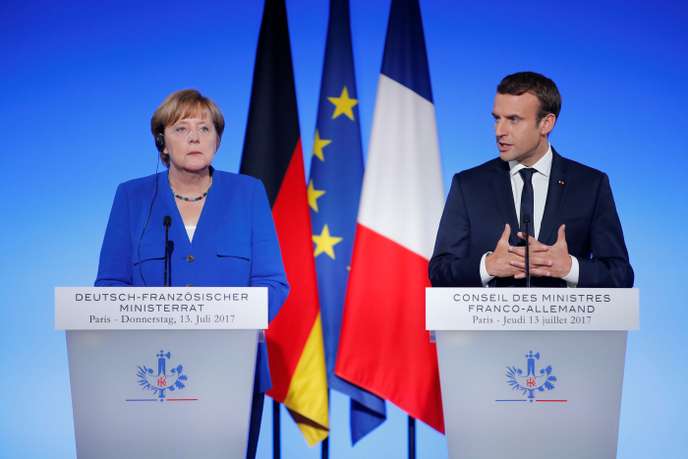 The Elysée treaty signed on the 22nd of January 1963 between French president Charles De Gaulle and Chancellor Konrad Adenauer is the very base of the friendship between France and Germany. Since then, the two countries have signed cooperation treaties, exchange programs and done all sorts of commemorations. Both countries never miss a chance to renew their promise of keeping good diplomatic relations with one another. The “Franco-German couple” is the backbone of the European Union. Still, there is nothing natural about this friendship. On the contrary, given the history of both of those countries, nothing would have led to think that a good diplomatic relation was possible. 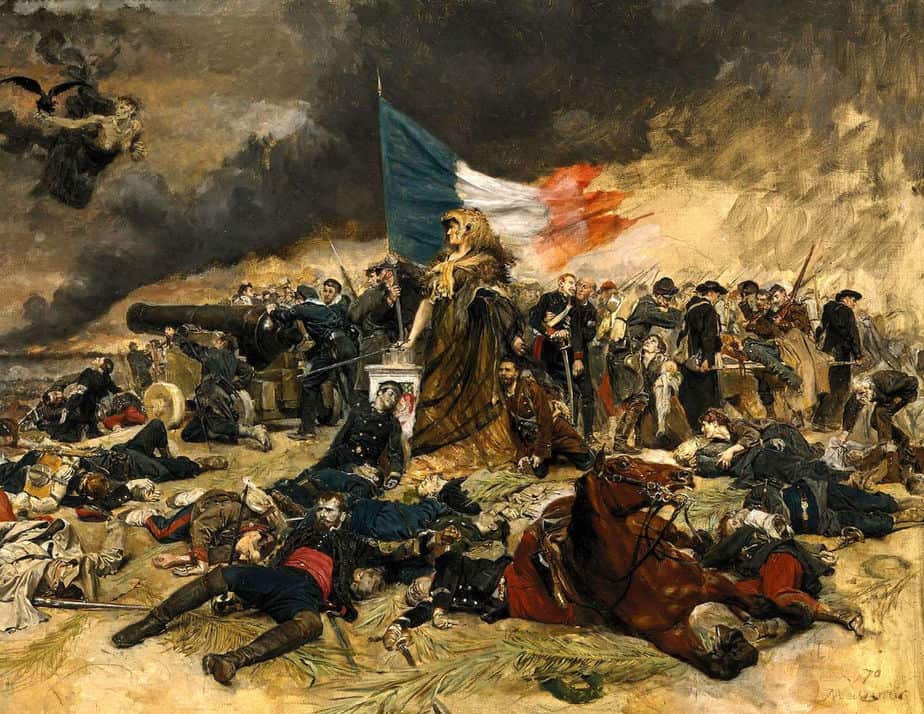 Siege of Paris in the Franco-Prussian war – Wkipedia

With the German unification of 1870, France and Germany start to develop a very fierce hatred towards each other that will lead to some disasters. Three wars are going to leave a mark on both of those nations’ destiny in 1870, 1914 and 1940. Three times those two countries have tried to show their superiority in a hegemonic purpose over Europe. France lost the Franco-Prussian war of 1870 which led to the end of the Second Empire as well as Louis-Napoléon Bonaparte’s.

This war has had a big role in the political, territorial and social unification of Germany.  German society was born at that moment. The political rivalries between the two countries got worse and worse because of the Dreyfuss affair that had French people divided between “Dreyfusard” (pro-Dreyfuss) and Anti-Dreyfusard. By then, Dreyfus was considered by some people to be a German spy. Also, back then, France owned a true colonial empire, Germany, on the contrary, only had a few colonies. The country wanted more and was interested in getting Morocco, a country under French protectorate. Of course, that leads to two crises: in Tanger in 1905 and Agadir in 1911. That almost started a war between the two countries.

In 1914, as you know, the First World War started. We then enter into what the historian Eric Hobsbawm called “the era of catastrophes”. This war is going to cause the death of 1.5 billion French people and 2.2 billion German people. It was supposed to be the last one. Six months after the armistice got signed, on the eleventh of November 1918, the winners met up to elaborate the Versailles treaty of June 1919. The fourteen points of the American president Wilson mark the beginning of the American over the international stage. 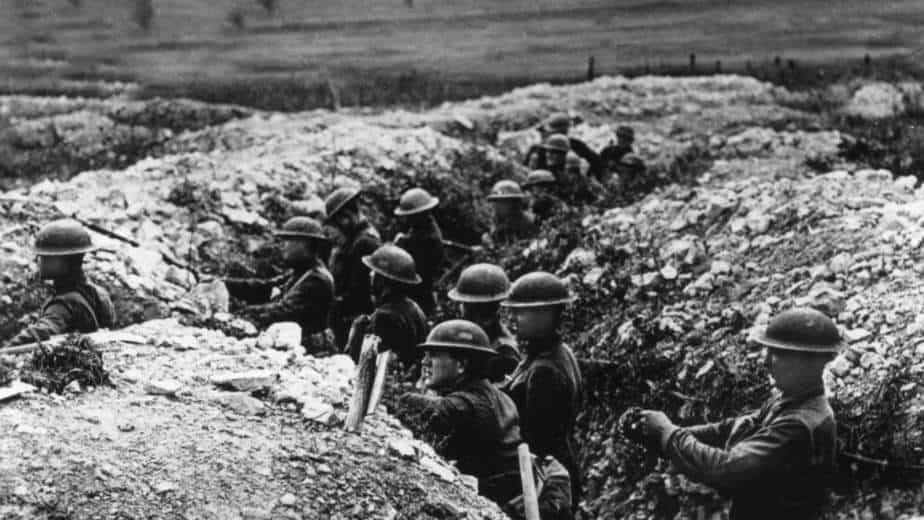 Picture from the First World War – The daily beast

The treaty of Versailles is particularly hard with Germany, imposing tough conditions in return for the destruction that the country has caused. American president Wilson clearly said the winners were going way too far with the sanctions but no one listened to him. Shortly after, Marechal Foch said, talking about the treaty of Versailles: “it’s not peace, just a twenty-year armistice”.

This treaty, that was seen as a “diktat” to German people is responsible for the rise of fascism in the 1920s. At this time, living conditions in Germany are terrible and the economic crisis of 1929 will not get anything any better. Other countries, including France, remain passive to the rise of fascism and the arrival of Hitler. In 1939, Hitler invades Poland, this starts the Second World War, the most terrible and dramatic war that mankind has ever known. 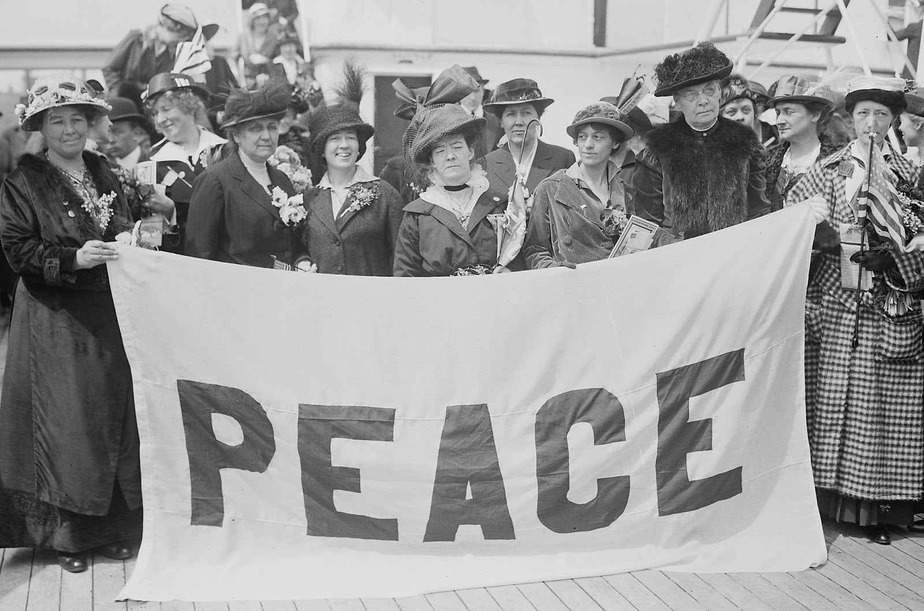 On the 8th of May 1945 in Europe and on the 2nd of September in Asia, the Second World War finishes. Europe is destroyed and everything needs to be rebuilt. The human cost is huge.

Together with the war is born a new configuration of world peace with the creation of the ONU that succeeds to the SDN. The Cold War got Germany divided into two distinct parts. The country is occupied by France, the US, the United Kingdom, and the USSR.

From then on, a Franco-German friendship starts between France and the FRG. The start of a prosperity phase and the rise of capitalism with the 30-year post-war boom got the economy of European countries way better. This impulsion was given by the Marshall plan of June 1947 that was created to help Europe with its reconstruction. It was also created to prevent Western Europe from getting closer to Moscow and the communism party. This plan relaunched the FRG as it was called the “German economic miracle”.

“We don’t want another war!”

In order to avoid starting another war, efforts needed to be made. This is why the FRG gets involved in the European construction really fast, the European Union being the key point of the Franco-German relationship. During the early beginning of this friendship, there is a special event that binds the two together: the Elysée treaty.

In 1963, French president Charles de Gaulle and Chancellor Konrad Adenauer sign the Elysée treaty so that the Franco-German cooperation can become a daily reality. Many cities, schools regions, and universities are then twinned together. The Franco-German commission offers millions of young people the possibility to get involved in exchange programs. Since 1999, and according to the Weimar treaty of 1997, the Franco-German university supports various partnerships between French and German universities. With this treaty, the bond that these two have will only get tighter and tighter over the years. After that, a communal television channel is created, as well as companies like Airbus. 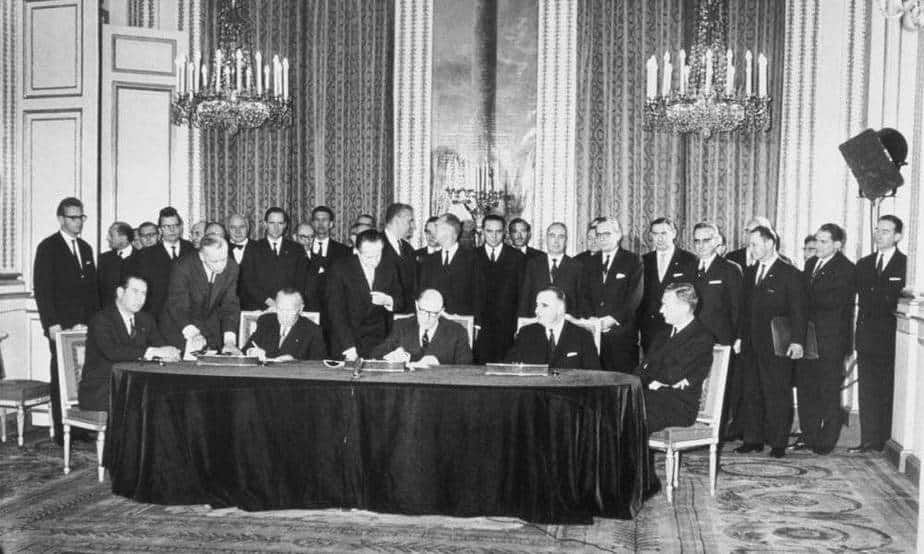 A driving force for Europe

The last chapter of this Franco-German friendship comes from the commemorations of the 100th anniversary of the  First World War. On the 3rd of August 2014, on the site of Hartmannswillerkopf French president Francois Hollande and Joachim Gauck have reminded people about the sacrifice of 30 000 men that were killed during the battle. They just as much celebrated their currant friendship and the construction of a peaceful Europe. 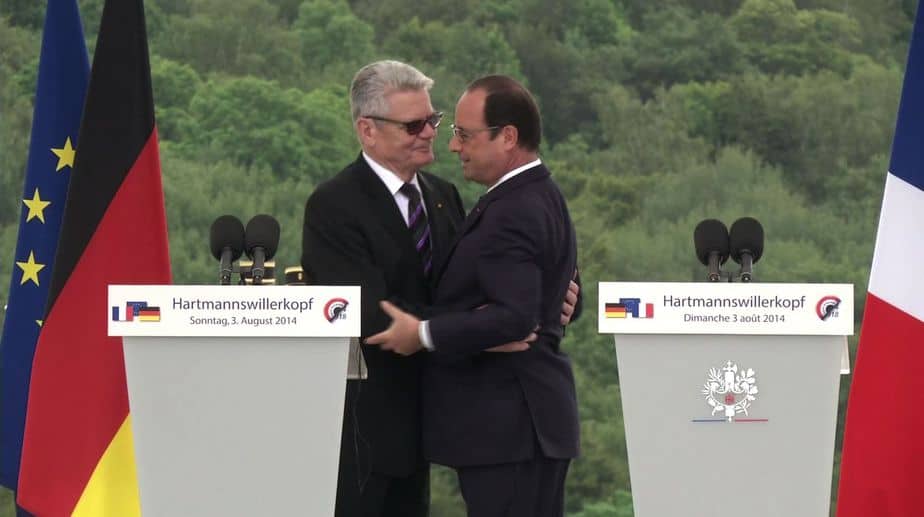 To conclude, I wanted to quote a german soldier that fought during the Second World War in the Ardennes, a few kilometers south from Sedan. This man, surrounded by former soldiers, both French and German said: “The friendship and unity that exist between France and Germany will always be the bronze rock onto which is based the European Union and the peace that we all desire.”