Top 10 Things to do in Amsterdam 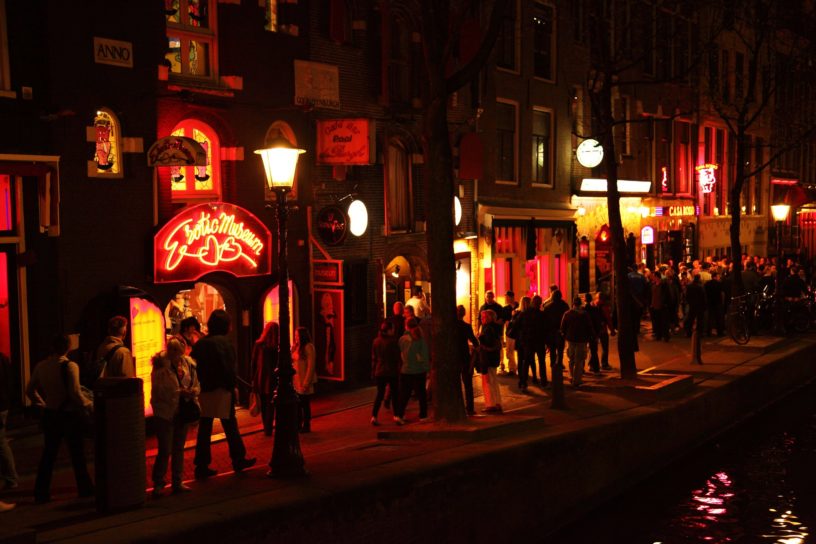 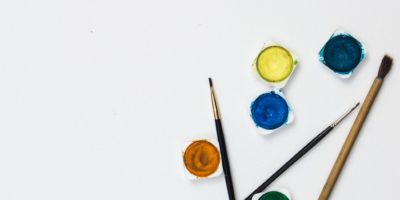 The Best Art Classes to Take in Paris 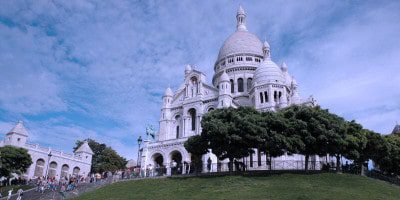 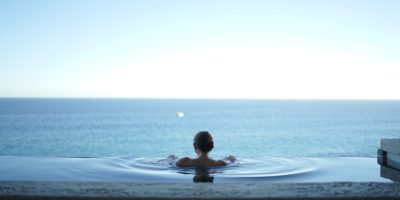 Top 10 Things to do in Amsterdam

My new favorite word from the urban dictionary is “travsessed”. It can be defined as an obsession with travel. When all you talk and think about is your past or future trips. Amsterdam has been on my mind lately. Last summer a friend of mine went there, and she said that there’s more to it than the world-famous Red Light District and the legal use of marijuana.

She didn’t want to give it all away and asked me to do my own research and find out what interesting things there might be to do in Amsterdam. Once I had looked into it, I immediately moved Amsterdam to the top of my list of places to visit. Here is what I discovered and found to be the top 10 things to do in Amsterdam.

The first thing to do is get your hands on the “I Amsterdam City Card” that offers you a unique way to explore Amsterdam. It will give you access to all major highlights and more than 70 museums, city-wide public transport, a canal cruise and bicycle rent. Major benefits are that you get to skip lines, save money and get exclusive discounts at restaurants, attractions and concerts.

The City Card includes the following and is available through the online application:

Do as the Dutch do and hire a bicycle to explore the city. This is the basic mode of transportation for the natives of Amsterdam and for tourists who know the best way to get around. It is the most convenient way to get around the city for sight seeing and exploring.

Most hotels have bicycles available to hire. If these are all booked up, there most likely will be a bicycle store within walking distance where you can rent one. Vondelpark is Amsterdam’s answer for wide green space like Central Park is for New York City. If the bike lanes make you a bit nervous, head on to one of the city’s green spaces for wider lanes and zero trams. Just a tip, make sure you get a chain and padlock for the bike you hire, to make sure you find your bike exactly where you left it. 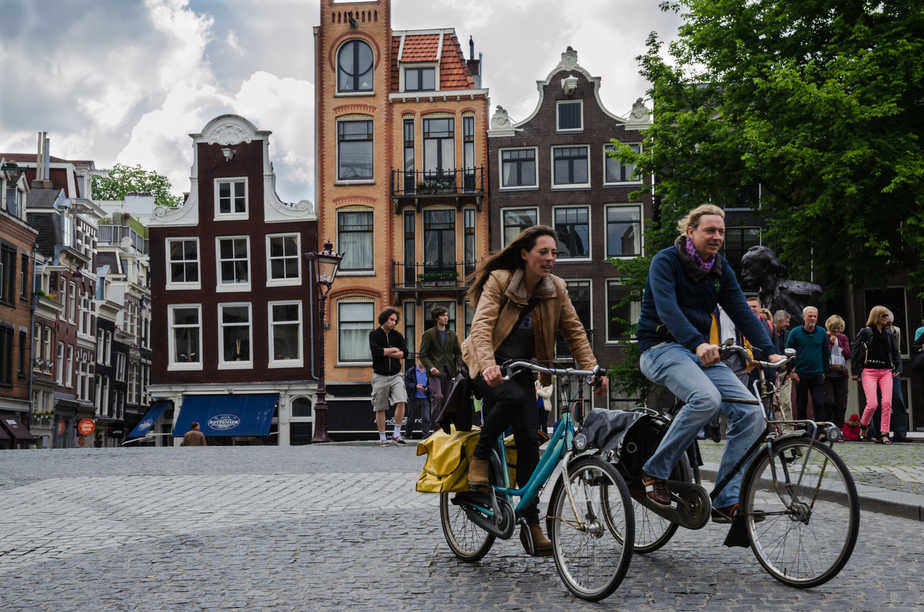 2. Have tea in the Smallest House 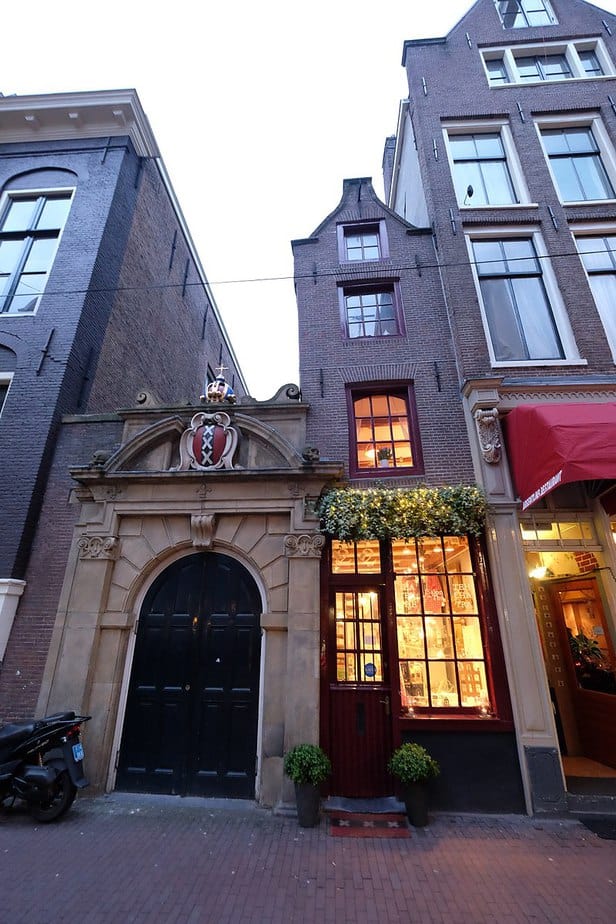 The smallest house in Amsterdam is registered as a national heritage site and is located at Oude Hoogstraat 22 in the old city center of Amsterdam. The house, known to some as the “Smallest house of Europe”, is 6 feet 8 inches wide and 16 feet 5 inches deep. The Smallest House in Amsterdam is not only the smallest house in town, it is a lovely tea shop as well. With its vast collection of loose tea’s and selected coffees, this tiny teahouse is a must-do for every tea lover. And if you really want to treat yourself, book a lunch or high tea in the tea room upstairs, the smallest tea room in Amsterdam.

3. Shop at the Albert Cuyp Market 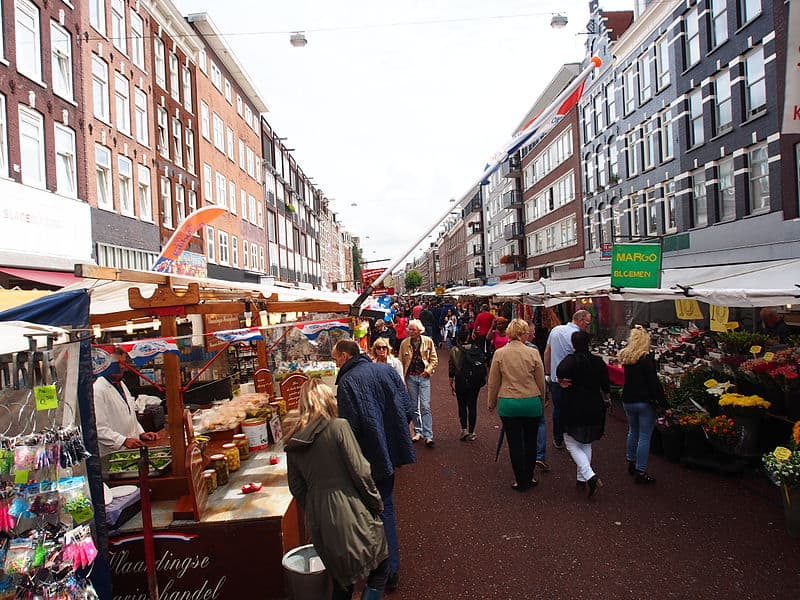 Love to shop? Be sure to visit The Albert Cuyp Market which is a famous street market located in the De Pijp area of the Oud-Zuid district of the city. The street and market are named for Albert Cuyp, a painter from the 17th century. The market began as a random collection of street traders and pushcarts. This ad hoc nature of the market was too chaotic, so during the 20th Century the city government decided to set up a market.

Today, the street has been completely closed off to traffic during market hours, making it pleasant and safe to shop in.
At this market one can find a variation from the traditional range of vegetables, fruit and fish to clothing and even cameras. There are many products sold that are of interest to the city’s residents of different origins, giving the market and neighbourhood  a strong multicultural feel. Here, one can find many ethnic restaurants and bars behind the market stalls. 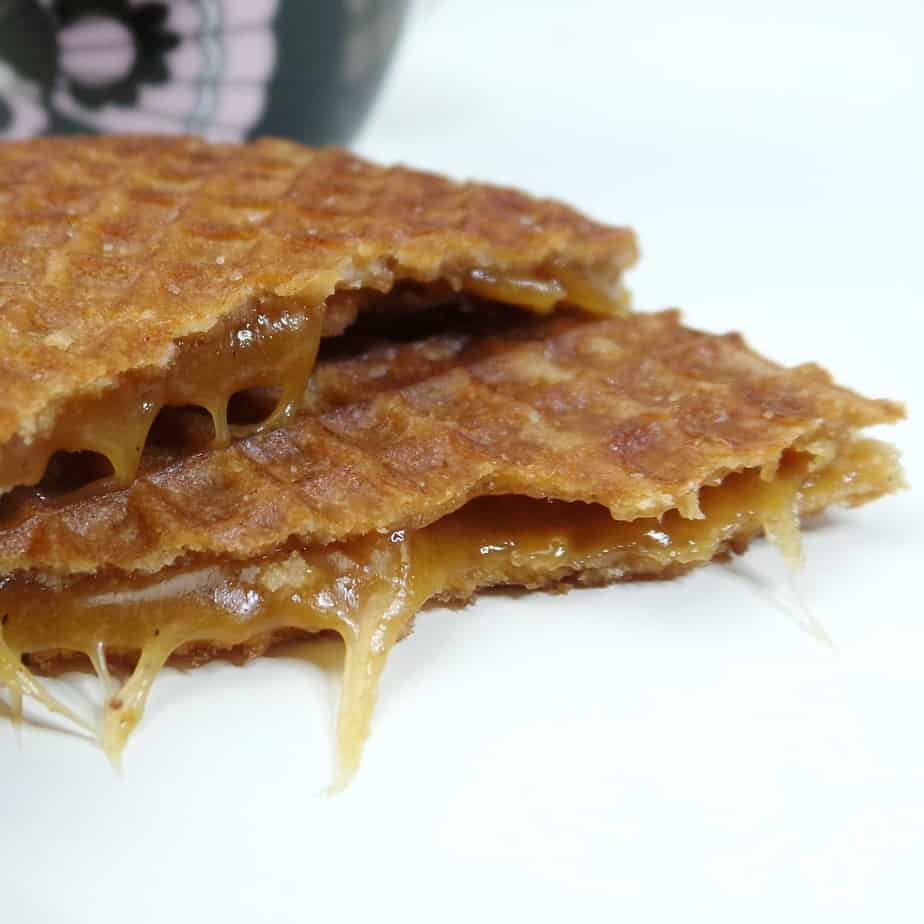 In a September 2017 episode of the Great British Bake Off, the contestants had to make stroopwafels, but most failed in what some called the worst technical challenge in the show’s history. A stroopwafel’s wafer layers are made from a stiff dough of flour, butter, brown sugar, yeast, milk, and eggs that has been pressed in a hot waffle iron until crisped.

While still warm, the waffles have their edges removed with a cookie cutter, which allows the remaining disc to be easily separated into top and bottom wafers. A caramel filling made from syrup, brown sugar, butter, and cinnamon—also warm—is spread between the wafers before the waffle is reassembled. The caramel sets as it cools, thereby binding the waffle halves together.

The famous Dutch Stroopwafels are a delicious pastry native to the Netherlands, and are a must-try treat while visiting Amsterdam.

5. Go through the Canal District 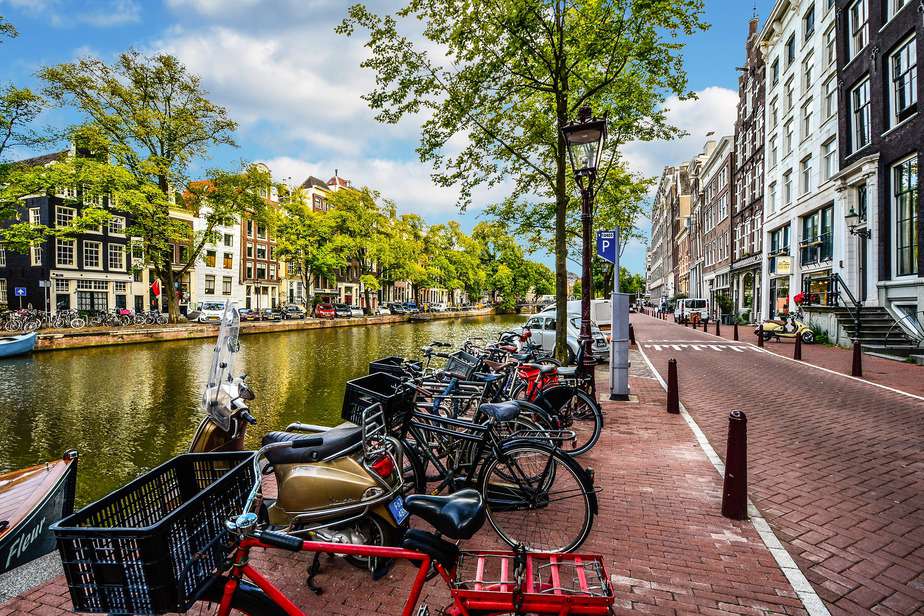 A picturesque trendy district with a 17th-century waterway and footbridges. Here one can explore the banks of the canal, restaurants, bars, and shops. The Grachtengordel, known in English as the Canal District, is a neighborhood in Amsterdam, Netherlands located in the Centrum district.

The Amsterdam Canal District consists of the area around the city’s four main canals: the Singel, the Herengracht, the Keizersgracht, and the Prinsengracht. From the Brouwersgracht, the canals are generally parallel with one another, leading gradually southeast into the Amstel river.

The canals of Amsterdam are a hallmark of the Dutch capital. You can choose to hop on one of the boats and cruise along the UNESCO protected canal ring. Most tours last approximately an hour with the key start and finish points at Damrak in front of Amsterdam Centraal. Other types of canal cruises include practical hop-on-hop-off services (one stop is in front of Anne Frank Huis) or a candlelit tour. 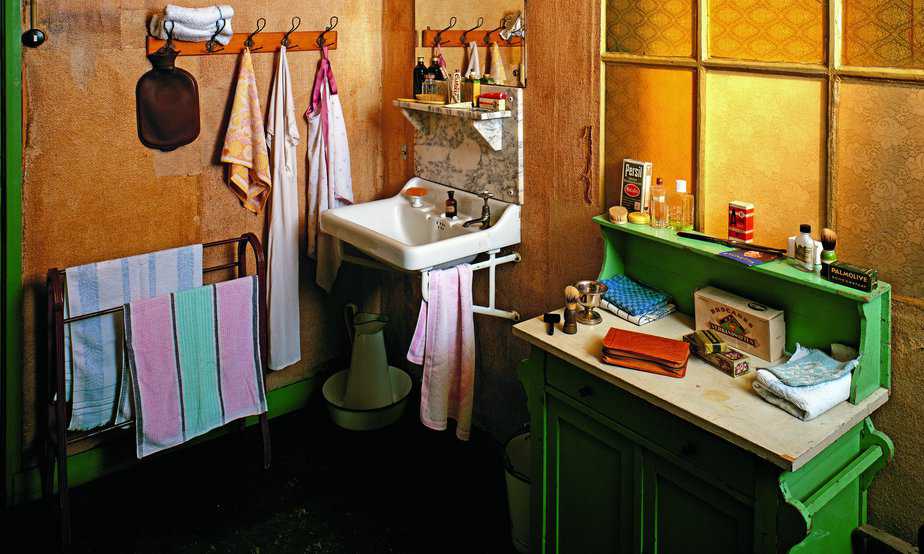 You really can’t go to Amsterdam and not visit the Anne Frank house. It’s such a chilling and humbling experience. It is the very location where teenage diarist, Anne Frank, hid from the Nazis during WWII along with her Jewish family and family friends. It is now a museum.

The self-guided tour comes with an audio guide to accompany the video content and information placards placed throughout the building. You’ll walk through the very door behind the bookcase which concealed the entrance to the secret annexes on Prinsengracht. The secret annexes are stripped bare except for a few remnants of magazine cut outs and posters that Anne plastered on the walls in the room where she slept. Original extracts from her diary are on display and visitors also learn how Anne’s father, Otto Frank, brought Anne’s dream to fruition and had her writing published for the world to read. Book tickets in advance online to avoid missing an opportunity to take this tour.

7. Sight See at the A’DAM Lookout

‘Over the Edge’ is Europe’s highest swing on A’DAM Lookout’s sky deck. Daredevils and trill seekers swing back and forth at a height of 100 meters over the edge of the A’DAM Tower with Amsterdam under their feet. Enjoy the view of the city while the adrenaline flows through your veins.

A ride on the swing costs € 5 per person. You can only buy tickets for the swing in combination with an entrance ticket for A’DAM Look out, via the A’DAM LookOut website, at the cash desk or on the roof. A swing ticket contains a time slot of 20 minutes. Within the 20 minutes of your chosen time slot it’s your turn to swing, so make sure you are on time.

If the swing is too much of a thrill for you, but you still like to climb high, get the best city views at the A’DAM Lookout on top of the A’DAM Tower. Take the free 5 minute ferry from Amsterdam Centraal and then it’s a short walk up the slope once you reach the shores of Amsterdam-Noord. Catch the elevator (groovy light show inside!) up to the restaurant/bar on the 20th floor and head outside to the observation deck for 360° views. 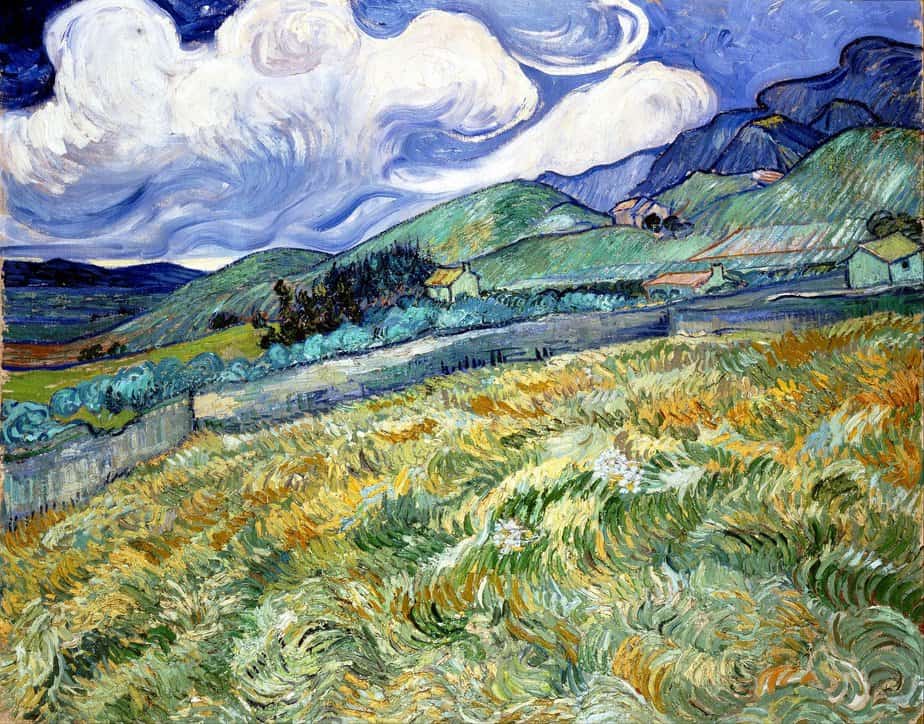 The life and artwork of Vincent Van Gogh, one of Holland’s most famous artists is documented in this multi-level museum. The museum showcases an entire gallery of self-portraits, works from his Dutch period and French period, the key people in his life and a selection of his drawings

. See world famous paintings including Sunflowers (1889), Almond Blossom (1890) and The Potato Eaters (1885). Private guided tours are available daily and in multiple languages. Photography is strictly forbidden with staff members monitoring and chastising crowds with eagle eyes. Tickets can be purchased online in advance to avoid waiting in queue when you visit. Open 7 days a week.

9. Take a walk through the Red Light District 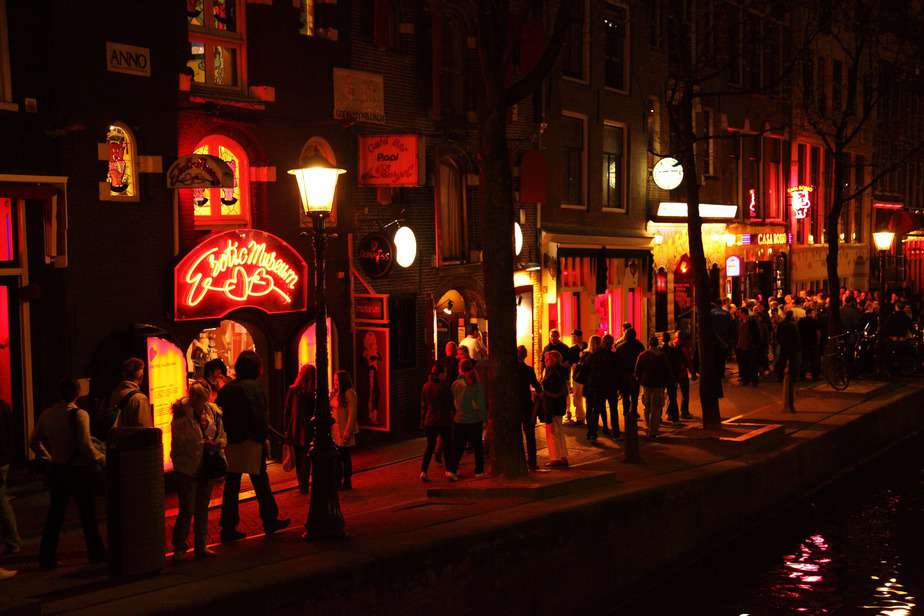 It would be an injustice not to mention the contentious aspect long-tied to the city’s history and image, the Red Light District. It attracts curious visitors and customers alike. Prostitution is legal in the Netherlands and in Amsterdam, the sex-workers from behind 300 windows bordered by the red neon lights.

Contrary to popular belief, the Red Light District is quite a safe area, patrolled by police officers and hired bodyguards. It’s not all about prostitution in the oldest part of Amsterdam. Visitors will find a plethora of coffee shops, sex shops, peep shows, strip clubs and sex theatres.

It is strictly forbidden to photograph or film the sex-workers in the windows and the performers in the sex clubs and theatres. Make sure to also remain vigilant as pick-pocketers, dealers and naughty characters frequent the area when night falls.

The Hortus Botanicus is one of the oldest botanical gardens in the world! In 1638 it used to serve as an herb garden for doctors and apothecaries, as botanical extracts were the primary treatments for illnesses during this time period. Physicians and pharmacists each received their training and took their exams there.

Today, it is open to the public and there are plenty of different ‘exhibits’ for one to enjoy. One of them involves playing with butterflies. The collection at the Hortus Botanicus is famous for it wide variety of trees and plants, some of which are endangered.

It is more of a quick hit than an all day affair, but definitely worth considering because it is free if you use your “ I am Amsterdam” card. 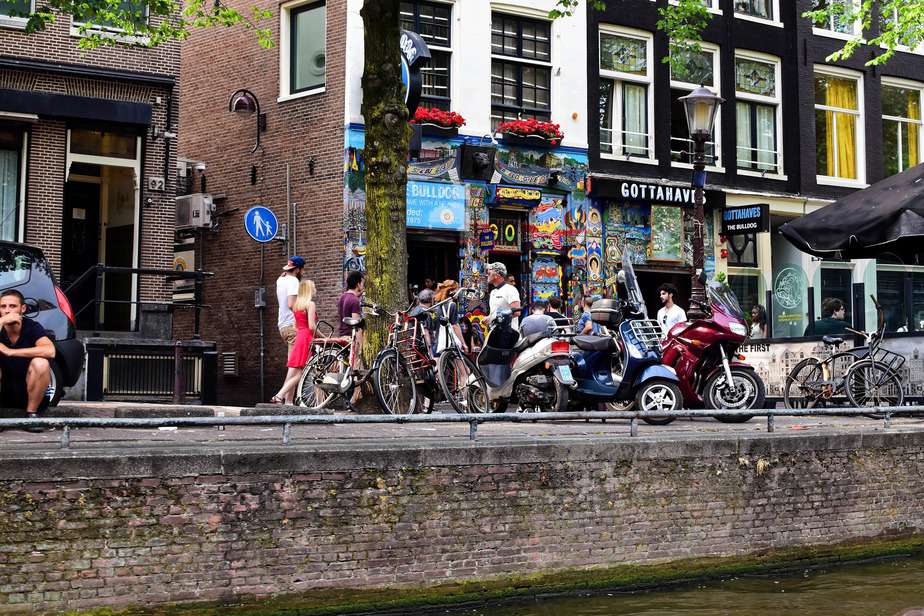 Don’t miss out on what Amsterdam is most famous for, the coffee shops. Of course, these aren’t your regular coffee shops. Here you can enjoy a delicious cup of coffee and have someone next to you smoking a joint. Even if you don’t smoke, you can try edibles and have a great experience. These coffee shops are all over the city. One of the most popular ones is Easy Times. The atmosphere looks welcoming, cozy and intimate. The staff and patrons are reviewed both to be very friendly and welcoming. It would be a shame to go to Amsterdam and miss out on a Coffee Shop Experience. 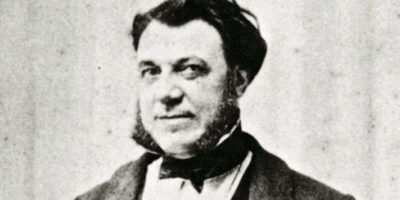 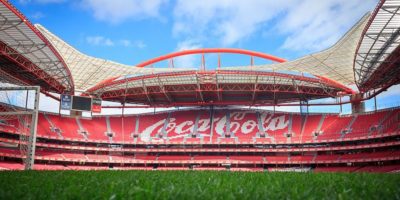 All About The Derby De Lisboa for Football Fans

Where To Go Ice Skating in Paris This Winter