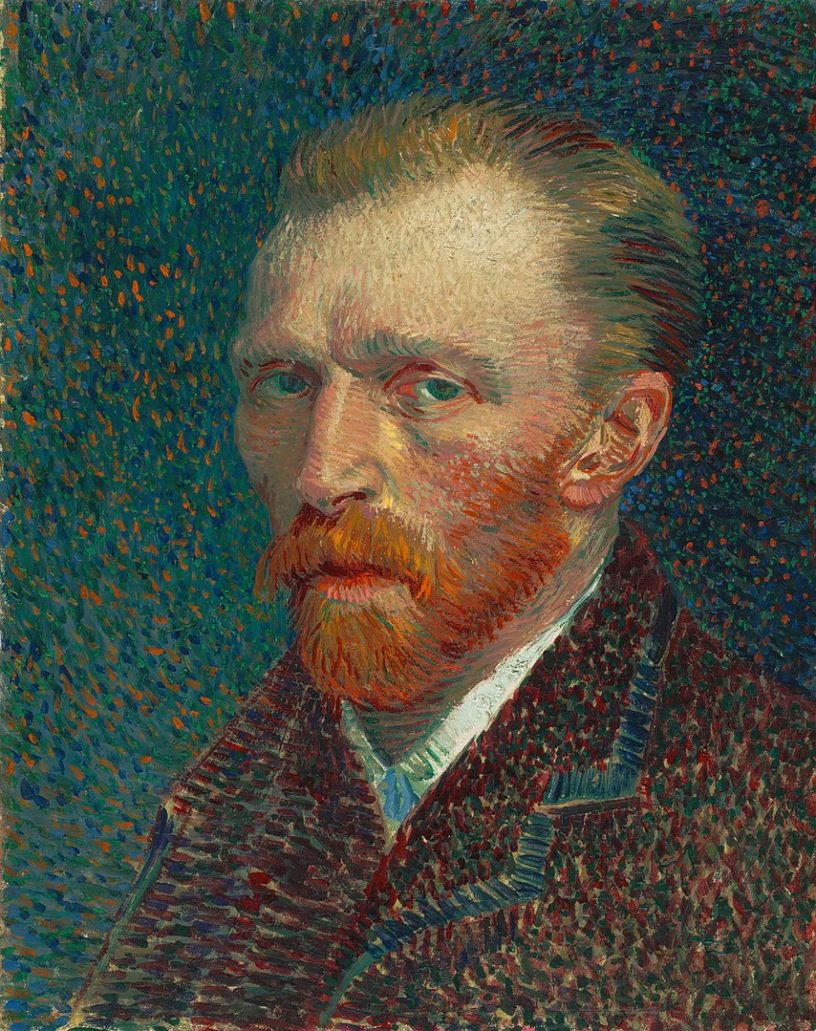 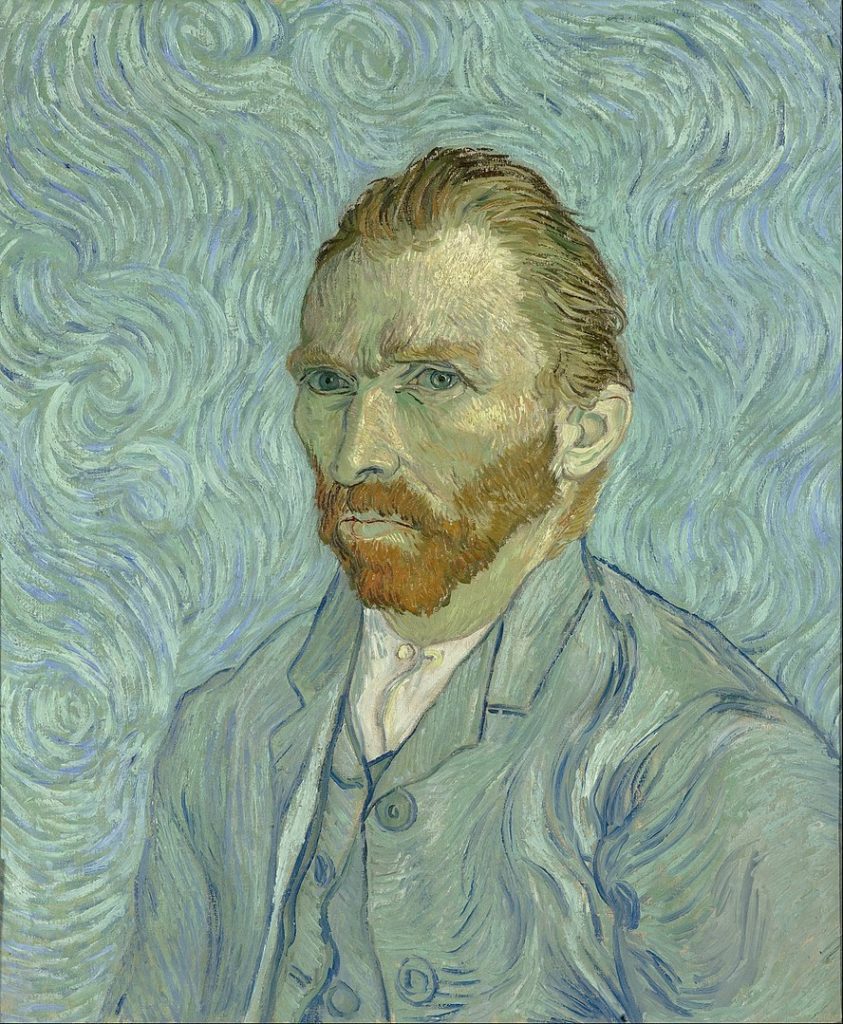 Vincent van Gogh remains to be one of the most interesting artists of history.

As one of the greatest Dutch painters, Van Gogh was born in the Netherlands but lived most of his life in Paris.

He did not have a rosy life as you would expect a talented post-impressionist artist to have.

Van Gogh had financial difficulties, his friendship with Gauguin ended badly and he even had a mental breakdown.

These hardships did however make him give forth the best of his work. Among his popular paintings are his self-portraits.

Van Gogh had taken up different other occupations before settling for painting, which he had no formal training of.

In this blog, I’ll share facts about his self-portraits that are not only vibrant but also revolutionized how the world viewed art.

Here are the top 10 facts about Van Gogh’s self-portraits. 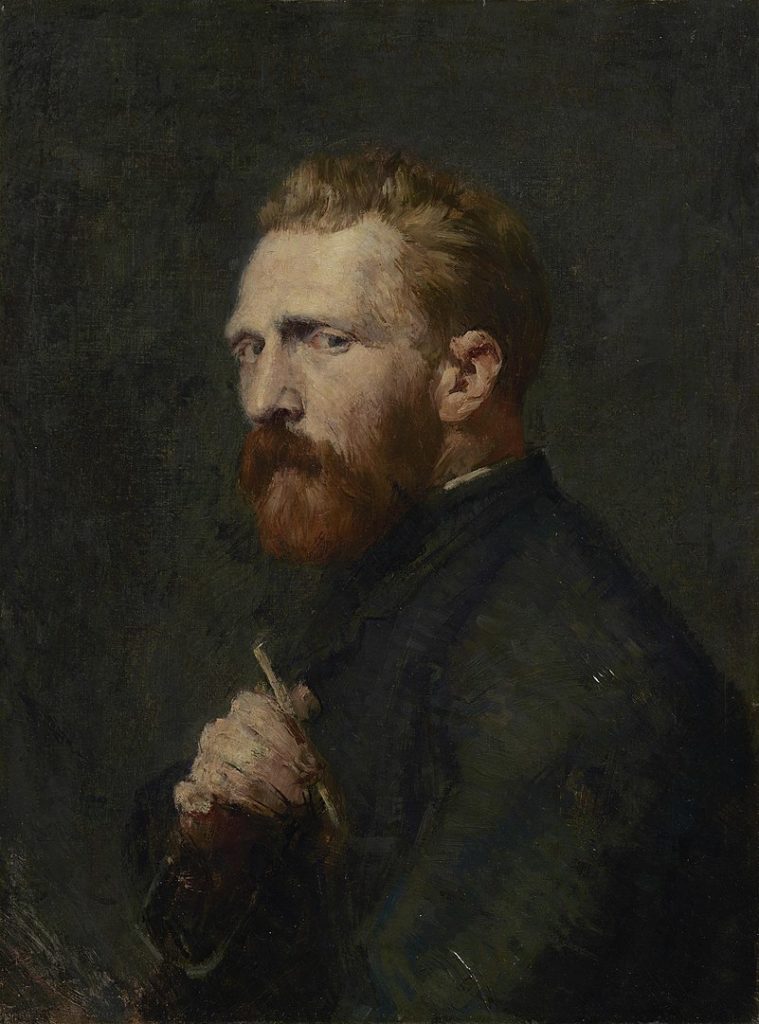 In a letter sent to his brother Theo, Van Gogh told him how he had no chance of getting models for his portraits.

He also mentioned that his previous portrait of peasants eating potatoes was the best he ever did.

He hoped to afford models in future and showcase his new skills with colours other than the green landscapes people associated him with.

Van Gogh struggled to make a living as an artist and so he was dependent on his brother Theo.

2. As a struggling artist, Van Gogh did not have anyone commissioning him to do their portraits

Since Van Gogh was reliant on his brother and a friend who gave him working space in Paris; he could not afford to pay models.

He also was not quite popular and therefore did not have people commissioning him to do their portraits.

To turn the lemons into lemonade, Van Gogh resorted to painting his own portraits.

He did this because he believed it would help develop his skills as a painter.

His most popular self-portrait was one with a bandaged ear that he painted in 1889. 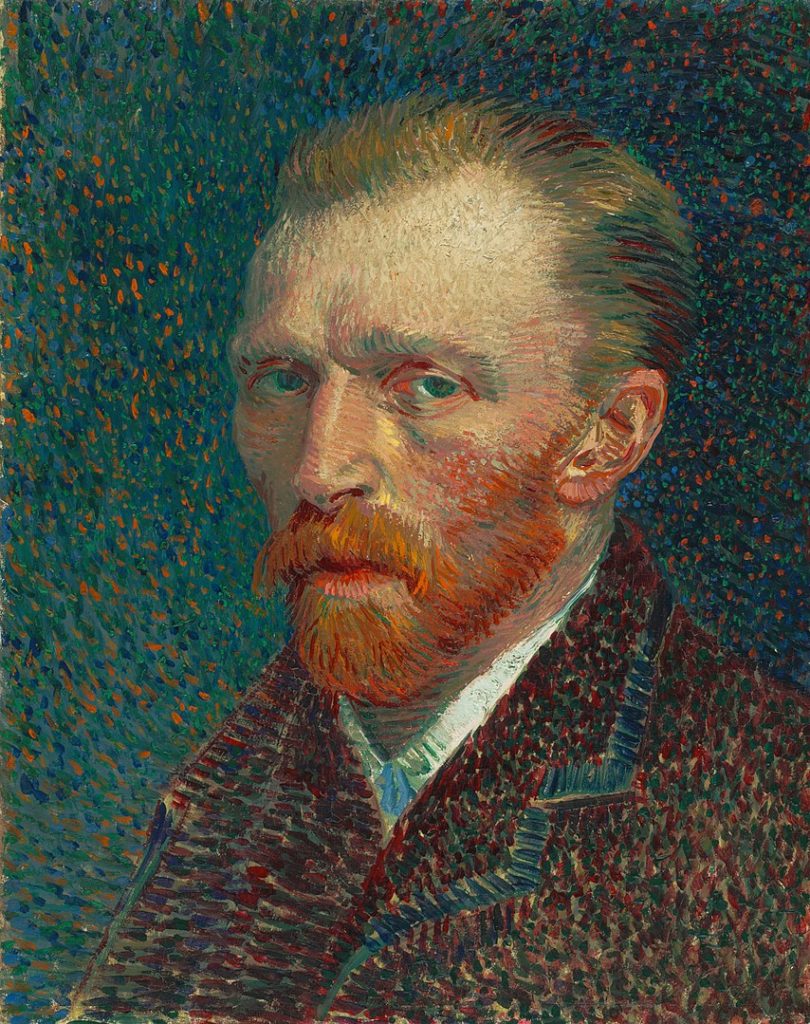 During his short 10-year career, Van Gogh painted a total of 36 self-portraits.

He comes in second after Rembrandt who produced more self-portraits.

Their self-portraits paved way for many artists as a critical exploration, personal realization and aesthetic achievement.

Unfortunately, only one portrait of Van Gogh has survived, this was his portrait when he was 19.

Most of his painted portraits have been borrowed from the many self-portraits he painted.

Since he looked different in all his portraits, Van Gogh noted that one cannot completely know themselves as well as paint themselves.

While he had no money, Van Gogh opted to paint his self-portraits because he wanted to practise painting people.

Most of the portraits that he painted were done while he was in Paris between 1886 and 1888.

This was the period during which he was struggling to find models.

In the portraits, he presented himself as a classy respectable man wearing an elegant suit and a felt hat.

As he progressed, he added more colour to his palette. His eye colour which was naturally green was turned grey-blue.

To achieve a perfect reflection of himself in the portrait, Van Gogh bought a good mirror.

He believed that if he was able to paint a good self-portrait, he would do an even better job painting his future models.

5. Van Gogh used the self-portraits to create a trademark 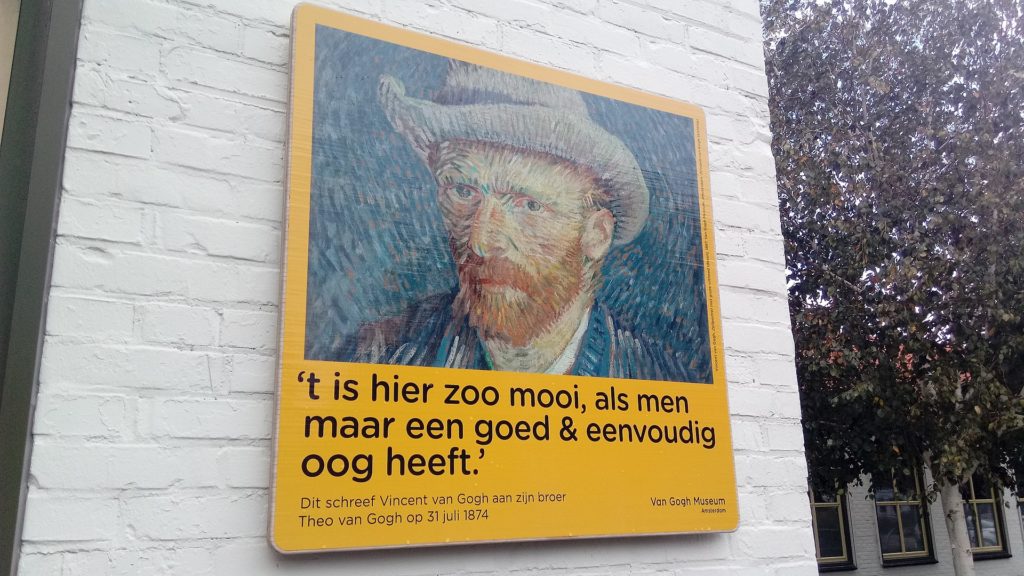 While in Paris, Van Gogh became more aware of his skills and the need to further improve them.

He spent his time to study and apply the techniques he learnt. Van Gogh did not use painting points but rather used short stripes of paint in different directions.

In one of his portraits, Van Gogh created a halo around his head. This later became his trademark swirls.

That painting was however his last work. He had become exhausted of the frantic life of Paris.

To portray this, his portrait showed his face with wrinkles in the forehead and around his mouth. His beard was unkempt and he looked sad.

This painting revealed his new painting style and the use of bright and unblended colours. This is reflected in his beard which was very orange.

6. Van Gogh exchanged the self-portraits with other artists

Vincent Van Gogh did a portrait for his friend Gauguin.

He also exchanged some of his portraits with Emile Bernard who was a fellow artist.

Van Gogh also received self-portraits from the two artists. This impressed him so much so he encouraged Bernard to continue doing self-portraits.

He believed that portrait painting was never going to be out of demand.

Van Gogh asked them to study portraits, even more, to be able to win the public.

One of the van Gogh’s artistic idols was Rembrandt van Rijn who created one hundred self-portraits. He admired Van Gogh a lot and even called him the magician of magicians.

7. One of his portraits was dedicated to Paul Gauguin

Although Van Gogh had a bad falling out with his friend Paul Gaugin, he painted one portrait for him.

The two friends had frequent arguments which would turn out to be violent.

Van Gogh’s painting of his mutilated ear was dedicated to his friend Gauguin.

Interestingly, this swap of portraits happened before one of their violent fights where Van Gogh cut his ear with a razor.

8. The self-portraits were a reflection of his state 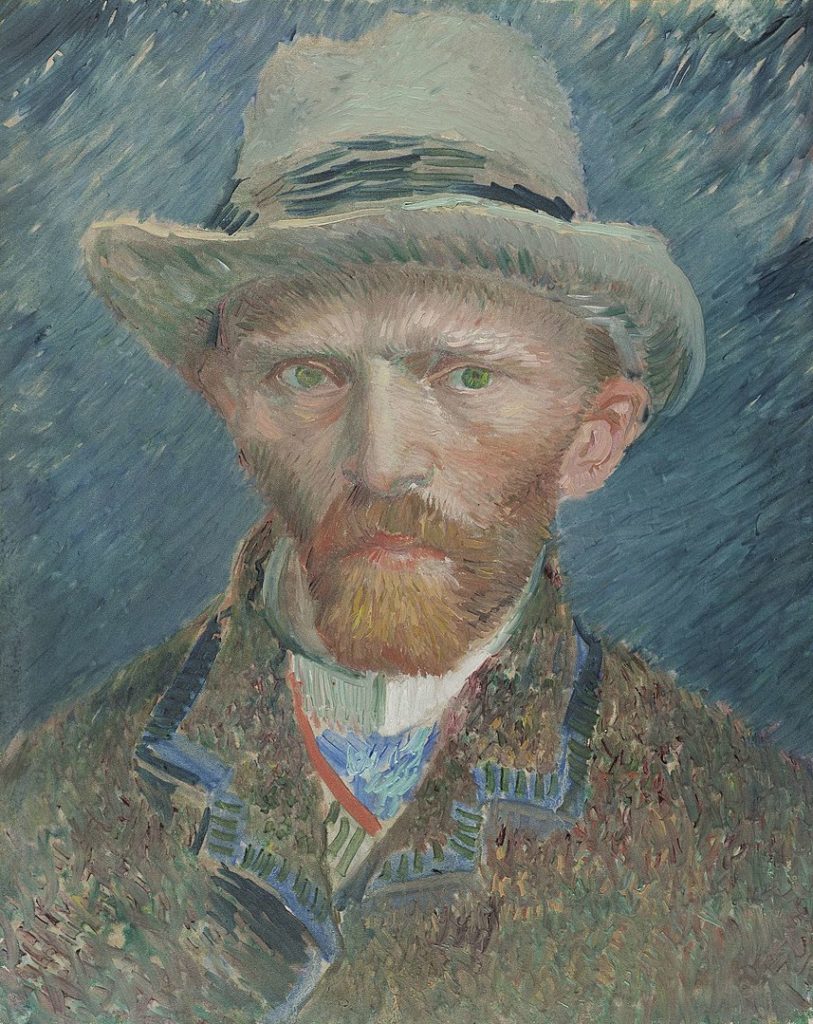 One of Van Gogh’s self-Portrait with bandaged ear and pipe was painted in January 1889.

It is believed that he worked on this painting while he was still hospitalized after the razor incident.

In the portrait, he appears neat and is shaven. This was a dramatic shift in his look. He appeared tired and disillusioned.

Another self-portrait shows Van Gogh in his studio wearing an overcoat and a hat. His facial expression still depicted sadness.

This painting features a Japanese print which Van Gogh loved and used as an inspiration.

9. There is debate on which of Van Gogh’s self-portraits was the last

Art historians do not agree on which of Van Gogh’s portrait was the last.

They have had debates on whether his self-portrait without a beard was his final portrait.

In this portrait, Van Gogh is wearing a suit and his facial features are hard, emaciated and his eyes appear anxious.

It is believed that Van Gogh was working on two paintings at the same time. This was revealed in one of his letters, the other painting remains to be a mystery.

10. Other artists did portraits of Van Gogh

Several other artists were inspired by Van Gogh’s paintings that they repainted them.

He painted van Gogh in 1886 in a conventional, realistic style. Van Gogh loved this portrait that he asked his brother Theo to take good care of it.

Another portrait was done by Henri de Toulouse-Lautrec who met Van Gogh at the same studio.

The portrait is of Van Gogh during the time which he lived with his brother Theo.