Top 15 Facts About The Starry Night From Van Gogh 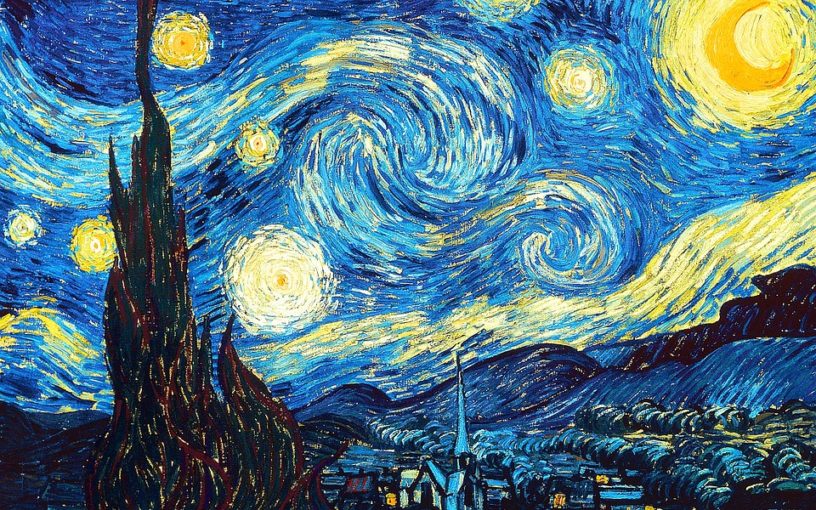 Top 15 Facts About The Starry Night From Van Gogh

Vincent Van Gogh is one of the most celebrated artists in the world. He, however, became troubled in the 1880s and suffered fits of insanity and depression which he got treated for in Saint-Paul-de-Mausole asylum near Saint-Rémy-de-Provence, France.

This artist had bursts of productivity contrary to moods of despair, during which he painted. The Starry Night is an oil on canvas painting Van Gogh did in 1889, that clearly showcases the tonal shift in his works from the bright colors to the darker variety.

The top 10 facts about The Starry Night from Van Gogh will give you insider information that can smile about the next time you see the painting on a fridge magnet, mug, towel, or any other item as is often printed.

1. The Starry Night depicts Van Gogh’s view from an asylum. 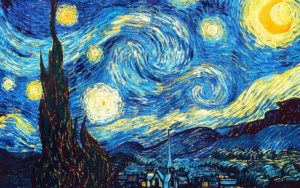 Van Gogh checked himself into an asylum when he had a mental break down. It is during his stay at this asylum that Van Gogh created one of the most recognized pieces of art in the world- The Starry Night.

Van Gogh’s preferred method of working was through observation- hence it was only natural that he painted what he saw around him. The Starry Night is literally what he saw from his room’s window as well as what he saw when he walked in the countryside near the asylum.

It is recorded in one of Van Gogh’s letters to Theo his brother, that he saw the country from his window prior to dawn and observed a large looking star. This was more than enough inspiration that Van Gogh needed for The Starry Night.

2. The Starry Night is construed to be about mortality. 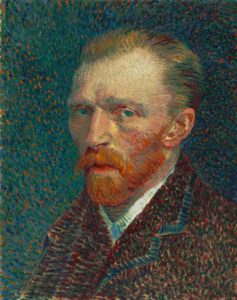 Van Gogh did speak about his own painting, The Starry Night. He is quoted as saying “Looking at the stars always makes me dream. Why I ask myself, shouldn’t the shining dots of the sky be as accessible as the black dots on the map of France? Just as we take the train to get to Tarascon or Rouen, we take death to reach a star.”

He painted cypress trees in the foreground of The Starry Night, perhaps intentionally as the tree is associated with death and cemeteries. This, coupled with his state of mind while at the asylum and his own quote mentioned giving a whole new way of looking at his painting. Mortality. 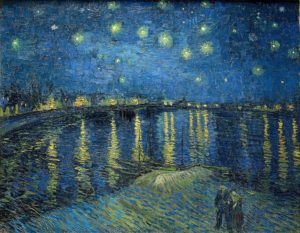 Van Gogh first painted The Starry night in 1888.  When he got to France in 1888 he loved capturing the lights at night. He painted this scene in The Starry Night draft with a backdrop of the Rhone River.  This painting is sometimes referred to as Starry Night Over The Rhone.

4. The Starry Night by Van Gogh is Venus the planet 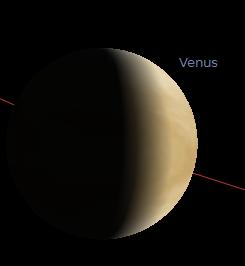 According to the University of California art historian Albert Boime, Van Gogh actually painted planet Venus in the Starry Night. In 1985 Boime compared the painting to a planetarium recreation of how the sky on June 1, 1889 would have looked like. He found striking similarities between the painting and the recreation. The conclusion was thus that Van Gogh did paint planet Venus unknowingly. 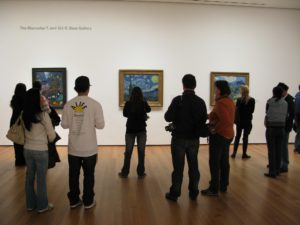 The Manhattan Museum of Modern Art is the proud owner of Van Gogh’s Starry Night. It paid quite the prize to have it too- three pieces from its impressive collection were sold so as to acquire the Starry Night!

Manhattan’s Museum of Modern Art was founded by Mary Quinn Sullivan, Abby Aldrich, and Lillie P. Bliss. The latter was one of the foremost collectors of modern art. She had the wealth to support her ‘habit’. Bliss died in 1931 and most of her collection went to the museum, becoming its center of attraction and also funding the purchase of The Starry Night.

6. The Starry Night was promoted by Van Gogh’s sister in law

Johanna Gezina van Gogh-Bonger, Theo’s wife is credited with getting Van Gogh’s work appreciated and thus his posthumous fame. She promoted his works and exhibitions which she inherited from her husband Theo, Van Gogh’s brother. Upon Van Gogh’s death in 1890, Theo had inherited all of his works. 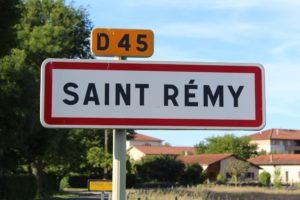 While Van Gogh detailed what he could see of the sky from his room, he wouldn’t have been able to see the village, Saint-Rémy. He, however, did include a village in the Starry Night. He is said to have either painted it from his memory of the French town or got the inspiration for it from his birthplace, the Netherlands. 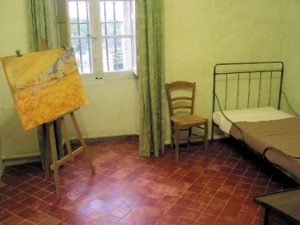 Despite evidence of Van Gogh’s room having a window with bars through which he was able to see and paint The Starry Night, Van Gogh left out the windows’ bars. Definitely, because Starry Night had to be appealing, and the bars would just not cut it for this particular painting.

The artist wrote to Theo his brother, “Through the iron-barred window. I can see an enclosed square of wheat … above which, in the morning, I watch the sunrise in all its glory.” This is evidence of the bars- Van Gogh did only what most would do- present the best image to the world.

This is just one of the liberties that Art historians believe Van Gogh took with the Starry Night. His bedroom was on the second floor and the view from here may not have given the exact view that is Starry Night.  Art historians have determined that van Gogh took some liberties with the view from his second-story bedroom window, a theory supported by the fact that the studio in which he painted was on the building’s first floor.

9. The lights in the Starry Night seem to flicker

Van Gogh’s Starry Night aptly enlightens the scientific mystery of movement and light. Its lights seem to flicker because of the way the human brain perceives it. This is so for most Impressionists’ works due to the brains perceptions of light and motion.

The intensity of light in the colors on the canvas creates luminance. Part of the eye sees light contrast and motion but not color and blends two differently colored parts just as if they have the same luminance. The brain, however, will see the contrasting colors without blending resulting in the light seemingly flickering.

There has been a lot of research on Van Gogh’s Starry night to decipher this. One researcher, Natalya St. Clair’s findings concluded that the Starry Night is an accurate depiction of turbulence.

It is difficult to conceive that such an iconic painting by a revered artist could be deemed a failure. Well, that’s what it was according to Van Gogh. He thought his painting was a failure at abstract art. Van Gogh felt that his piece was far too removed from the real rhythms of life and nature. That is was too abstract!

The astonishing detail on the Starry Night is a far cry from what Van Gogh felt about it- it is set on a night sky with blue swirls and a glowing crescent. The stars look like radiating orbs. Cypress trees are painted on the side of the foreground and there is a structured village in the background. One can make out cottages and a church. The Starry Night was well thought out and quite cohesive.

11. There seem to be references to death in Starry Night 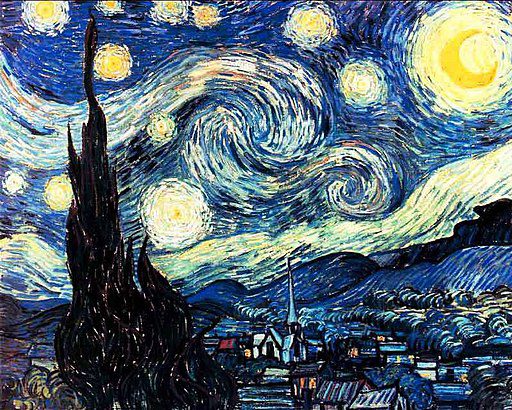 Vangogh Starry by Museum of Modern Art from Wikimedia Commons

By the time he painted Starry Night, Vincent Van Gogh was obviously out of control of his life. Not only did he lose trust in religion during this time, but he also sent some amazing letters to his brother.

He states in one letter to his brother:

“I need a starry night with cypresses or—perhaps above a field of ripe wheat; there are some really beautiful nights here.”

Most often, cemeteries and death are connected with cypress trees. In a different letter, he stated:

“Just as we take the train to get to Tarascon or Rouen, we take death to reach a star.”

12. The stars may allude to the afterlife

At the same time, Van Gogh mentions his belief in an afterlife in some remarkable ways. He stated in a letter:

“It would be so simple and would account so much for the terrible things in life, which now amaze and wound us so, if life had yet another hemisphere, invisible it is true, but where one lands when one dies. Hope is in the stars.”

13. The moon is not a precise illustration

Another finding of the investigation was that the moon wasn’t in the crescent phase when Van Gogh created Starry Night. The moon was actually half-moon at the time, which means it was roughly three-quarters full.

According to a suggestion put out by Albert Boime, Van Gogh had originally planned to paint the gibbous moon but changed his mind and gave it a more conventional and familiar appearance.

14. One of the priciest works of art in the world is Starry Night

Not terrible for a piece of art that the artist considered unsuccessful, am I right? On our list of most expensive paintings, it ranks second. The value is reportedly about $900 million.

Please be aware that the list only includes artwork that is on view to the public at museums, not privately owned artwork.

15. The painting had several owners 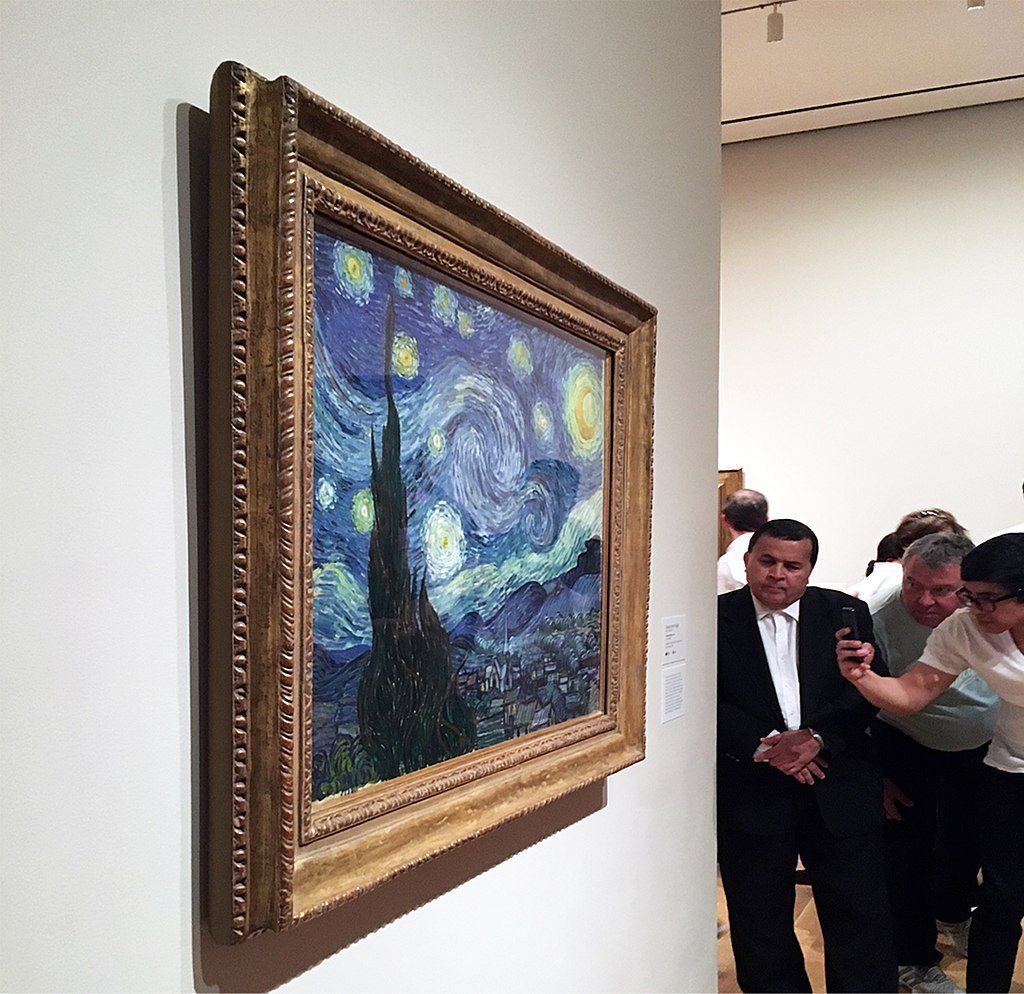 After that, the following happened to the painting:

Van Gogh loved painting the night sky- he felt that night was much more alive and richer in color than the day. His love for the night was exemplified in his Starry Night. It’s a pity that he died young and didn’t get to produce more ‘Starry Nights’. He, however, is a much-celebrated artist. You can read more about Van Gogh’s life here.