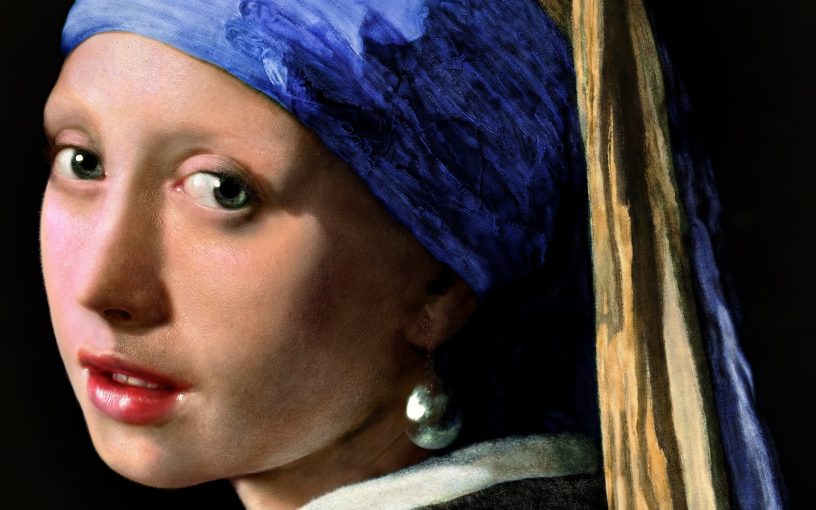 The Girl with a Pearl Earring is regarded as Johannes Vermeer’s masterpiece, featuring a young girl wearing an oriental turban and true to the paintings’ title, an oversized pearl earring.

In 2006, Dutch people voted The Girl with a Pearl Earring the most beautiful painting in the Netherlands. It ranks with the likes of Botticelli’s Birth of Venus, Picasso’s Guernica, and Les Demoiselles d’Avignon as works that are perpetually kept in their home museums never loaned out. Away from the Netherlands, the painting was displayed for the last time in Bologna Italy in 2014.

Its unique attribute of the mesmerizing stare of the girl in the painting and its cryptic setting has earned the Girl with a Pearl Earring the title ‘Dutch Mona Lisa. The top 10 facts about it shows that it is indeed deserving.

1. Johannes traveled vicariously through The Girl with a Pearl Earring 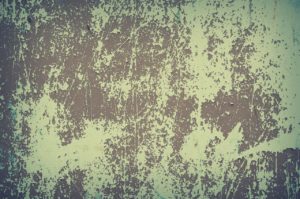 Johannes was born and lived in the Netherlands up to his death in Delft, Netherlands. He was quite the anti-traveler and never left his hometown in his lifetime. His painting The Girl with a Pearl Earring on the other hand had a taste of the world- Johannes used material from all over the world to paint it. To bring out its vibrant colors, Johannes sourced the raw materials from Mexico, England, Asia, and the West Indies. He spent a fortune on these too, as it is speculated that in the 17th century these materials must have cost an arm and a leg.

2. The Girl With a Pearl Earring is surprisingly small 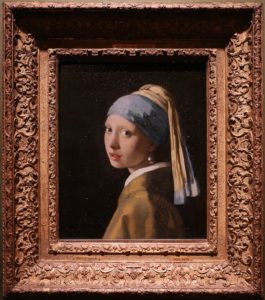 Girl with a Pearl Earring framed-
by
Sailko- Wikimedia Commons

Measuring 44.5 by 39 centimeters (17.5 by 15 inches), The Girl with a Pearl Earring is a rather small painting. It however does not compromise on quality and stature. The subject is breathtaking, making it impossible to dismiss it, go over quickly when viewing it, or miss it due to its size. It does command a presence, taking up its space in a room despite its size.

3. Johannes allegedly used a model to paint the Girl with a Pearl Earring 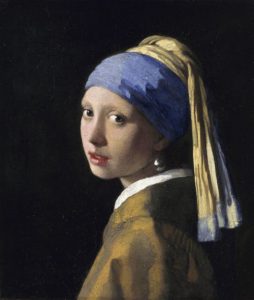 The girl in the painting is said to be modeled after a real person.  This conclusion is from the findings of a 2018 examination by a group of international scientists who closely examined the painting with a specialized scanner and X-ray equipment. The telltale signs were the background that the equipment revealed wasn’t always black but green from a curtain behind the subject.

Changes that the painter made along the way were also visible- The position of the ear, the top of the headscarf, and the back of the neck all metamorphosed before they became what they are as on the painting.

The very delicate eyelashes of the subject were also a dead giveaway as such an intrinsic detail in a painting could only come from painting a real-life model and not out of imagination.

Johannes’ eldest child is speculated to have been his muse- her resemblance to the painting is uncanny, and features in Johanes’ other paintings. 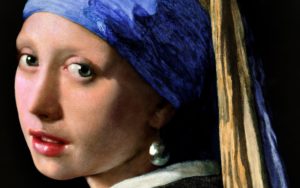 Dutch astrophysicist Vincent Icke cast doubt on whether Johanes’ subject in the Girl with a Pearl Earring is actually wearing a pearl earring. He introduced the possibility that the earring could be silver or polished tin.  A critical look at the earring brings the fact that it is rather shiny and reflective to be a pearl earring, to life. A pearl’s properties are known to give it a soft- white shine.

It is however implausible that Johannes’ reputation being a master of the use of light would paint a pearl shinier that it should be, or have a painting with a name different than what it actually was.

5. The earring in The Girl with a Pearl Earring features in other Johannes paintings 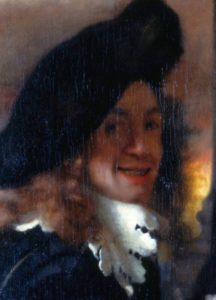 Striking close home, a good number of paintings supposedly done by Johanes’ eldest daughter and muse feature an earring similar to that in The Girl with the Pearl Earring.

According to Benjamin Binstock one-fifth of the paintings attributed to Johanes Vermeer was actually done by Maria Vermeer. Her trademark? the pearl earring.

6. The Girl with a Pearl Earring painting name has evolved

Prior to 1995, The Girl with a Pearl Earring went by the names ‘Girl in a Turban’, ‘Head of Girl In A Turban, ‘The Young Girl With Turban, and ‘Head of a Young Girl’. These names were used in different periods. Clearly the painting then was not under scrutiny to find out whether the earring worn was pearl or silver, as the titles used did not allude to the earring hence drawing attention to other features.

Reference has also been made to the painting, focusing on the other astounding elements of it such as the girls’ outfit, hence ‘Painted in the Turkish fashion’ and the ‘Portrait in Antique Costume, uncommonly artistic’.

7. Johannes’ The Girl with a Pearl Earring inspired a book 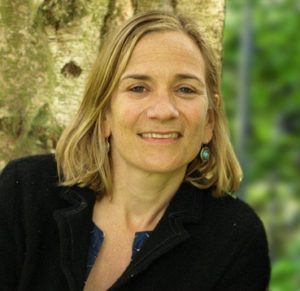 Tracy Chevalier, a celebrated author of American descent published a novel in 1999 inspired by the painting ‘The Girl with a Pearl Earring’. She had been fascinated with the painting ever since she was a young girl, and it is beautiful that she finally got to honor it. The novel took the same title, and was a success, selling over five million copies worldwide in 36 languages! Chevalier’s novel brings together fact and fiction and tells a riveting love story.

8. The Girl with a Pearl Earring is a movie title

Scarlett Johansson and Colin Firth bring the movie ‘Girl with a Pearl Earring’ to life. The movie is a love story set in the Dutch Republic, and like you might have guessed, adapted from Chevaliers’ novel.

The author was involved in the makings of the movie by consultation during rehearsals for the adaptation. In keeping with the integrity of the actual painting which was the source, the movie used the distinctive lighting and color schemes that Johannes used in his paintings.

9. The Girl with a Pearl Earring is a Tronie

The oversized pearl earring and the turban worn in The Girl with a Pearl Earring caused the painting to be categorized as a tronie- a category of painting that focuses on the face of a subject with an exaggeration of some kind. This exaggeration differentiates tronies from portraits.

10. The Girl with a Pearl Earring set the stage for Dutch Golden Age paintings

Johannes’ style qualified him as a ‘Dutch Golden Age Painter’ of a baroque style, where his works were meant to evoke emotion and passion. The Dutch Golden Age’s timeline lies in the 17th century, when the Dutch Republic prospered more than its European counterparts, with arts as one of its leading industries.

The Girl with a Pearl Earring is a mesmerizing art piece and the most famous one out of Johannes Vermeers’ work. The painting has previously been on display in Atlanta, Washington D.C., Tokyo, San Francisco, and New York City, amongst other cities. To see it, you have to visit the Mauritshuis in The Hague. It was donated to the art museum by Arnoldus des Tombe who had purchased it at an auction in 1881.