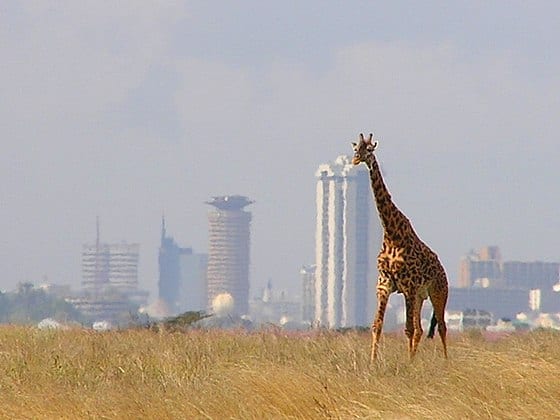 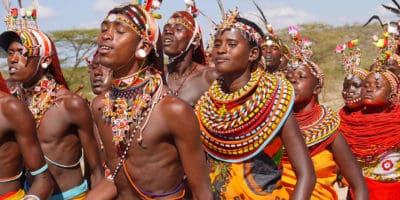 10 Phrases in Swahili for your Trip to Nairobi 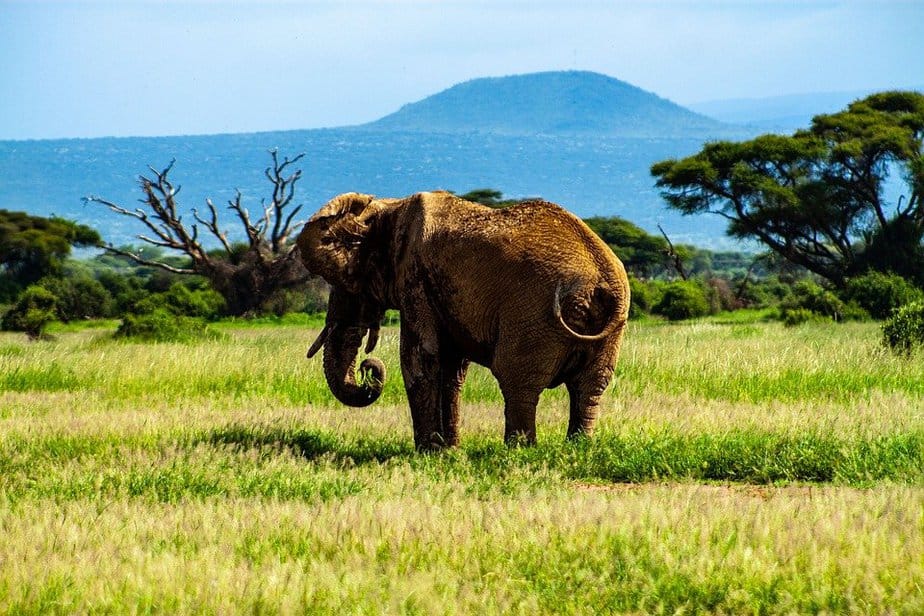 When someone says they are going to Kenya, or that they have been to Kenya, many people think of the popular safaris with wild animals and parks. Kenya is synonymous with wildlife and great athletes, two of the best things the country has to offer- among many others; and if you are planning to visit Kenya, there are great places to visit and things to see. Oh and make sure that the park fees are either on your mobile money app or your credit or debit card! Cash payments are not accepted.

There a total of 21 national parks in Kenya, all located in different parts of the country and all managed by Kenya Wildlife Service. It does not matter where one is, you can always find a national reserve in many places. There are also six different National Reserves, Marine Parks, Sanctuaries, Animal Orphanages, and Safari Walks across the country. There is something for everyone! Some of the national parks in Kenya include the Aberdare National Park offers greenery, ravines, waterfalls, wildlife like elephants, wildcats, and more than 250 species of birds, camping, and fishing like no other. The Chylu Hills National Park is also one where you can horse ride, bird watching, hike, enjoy the wildlife, and even campsites. Here are eight other ones of the more than 21 national parks in Kenya to enjoy!

Many tour companies offer services, trips, and activities to the parks! Remember to leave the park cleaner than you found it :-)!

Kenya is the only country on the planet that has a national park a short distance from the capital city. The Nairobi National Park is one of the most popular national parks, mainly because of the variety of wildlife and its proximity to the city. It is one of the most accessible ones and the views are amazing! One can see the outline of the city and the skyscrapers from inside the park as well as being able to see the wildlife. Fancy a picnic in the wild, near the city? Sure, you can get to also have one at the three campsites, or go on a hike, or just enjoy the sight of lions, giraffes, cheetahs, hyenas, buffaloes, birds, and even rhinos. The open grassland also offers a beautiful place for photos and a place to just relax. Make sure you are always accompanied by wardens or tour guides, lest you get lost in the wide national park! 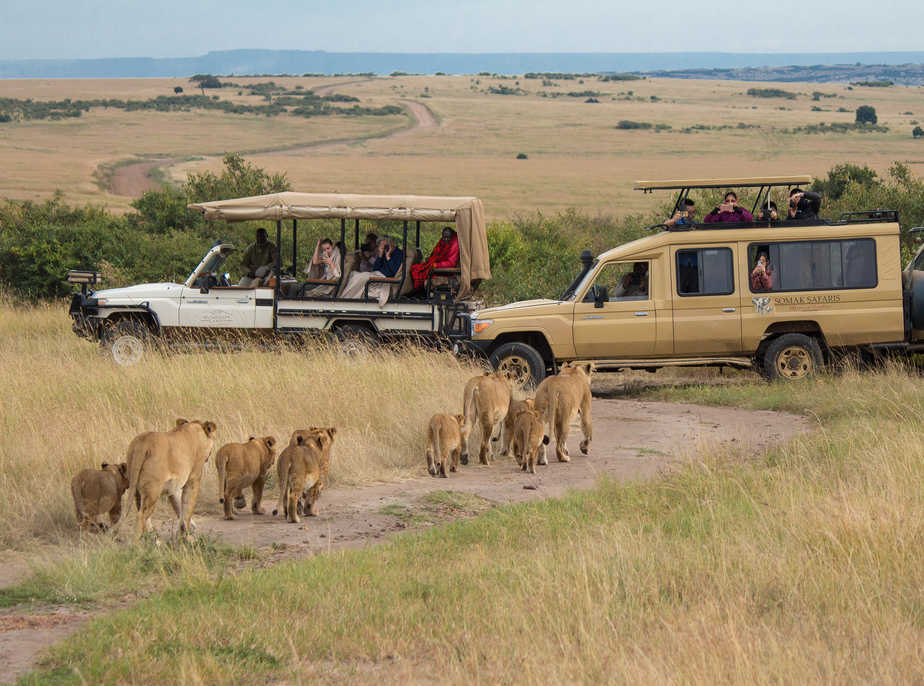 The Maasai Mara is home to one of the most amazing wonders of the world; as a matter of fact, millions of people throng the Maasai Mara National Park which is located in the Rift Valley in Kenya- to look at the wildebeest migration, between July and October. The National park borders the neighboring Tanzania where the wildebeests migrate to and from. People also love the Mara because of the thousands of acres which offer many activities like the amazing hot air balloon, people love picnics, spending time in the tented camps, and to look at the animals, all year round. There are several establishments and also facilities to hold events. 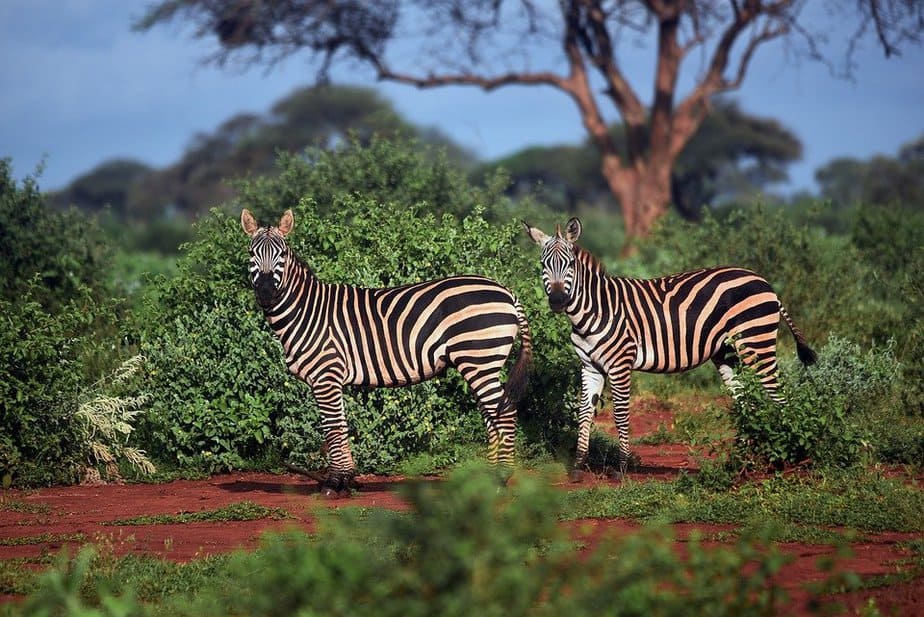 The Tsavo National Park was opened in 1948. It is one of the oldest parks in the country and a charming one as well. If you know the history of Kenya, you would know about the railway station that was constructed from Mombasa to Nairobi, and the famous man-eating lions of the Tsavo, who attacked the railway workers. Now, the place is still a park, but do now worry, animals will not attack you unless you attack them! The 22, 000 square meter park is divided by the Mombasa-Nairobi Highway into Tsavo East and Tsavo West National Parks. One of the most fascinating aspects of the Tsavo National Park remains the herds of elephants. When visiting the national parks will not miss the elephants as well as zebras, giraffes, rhinos, lions, monkeys, leopards, the amazing landscape- the beautiful hills, and the Yatta Plateau as well. Don’t miss the Mzima Springs; the crystal clear waters are beautiful! 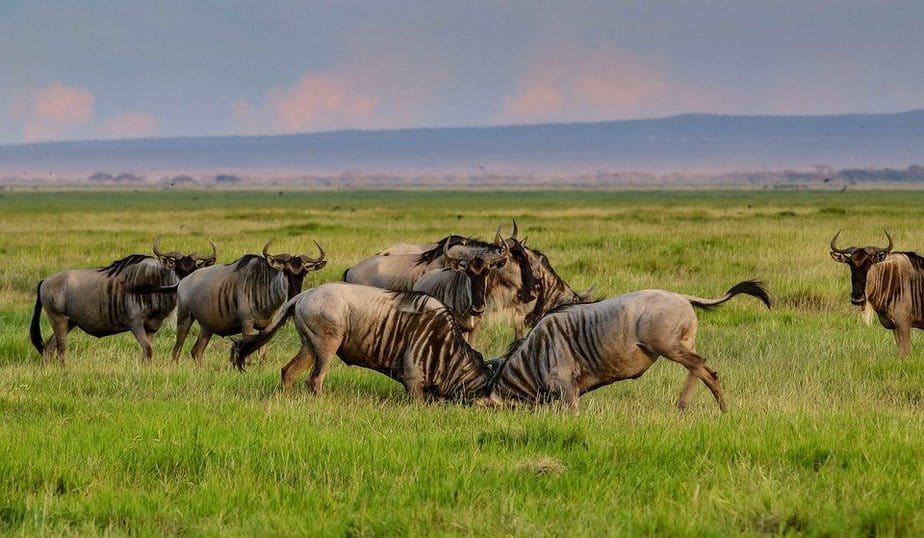 The Amboseli National Park, which means ‘salty dust’ in the Maasai language, is a haven for explorers. Located in the southern part of Kenya about 230 kilometers from the capital city of Nairobi, Amboseli also offers an amazing view of the majestic Mount Kilimanjaro as its backdrop and offers the best adventure in game drives and open landscape. The national park was officially opened in 1974, and in 1991, was named a UNESCO Biosphere Reserve. You can see the hundreds of lions roaming around, lions, buffaloes, giraffes, wildebeests, gerenuks, gazelles, antelopes, birds like ostriches, cranes, and flamingoes. There is a lot to see and nature to be enjoyed! 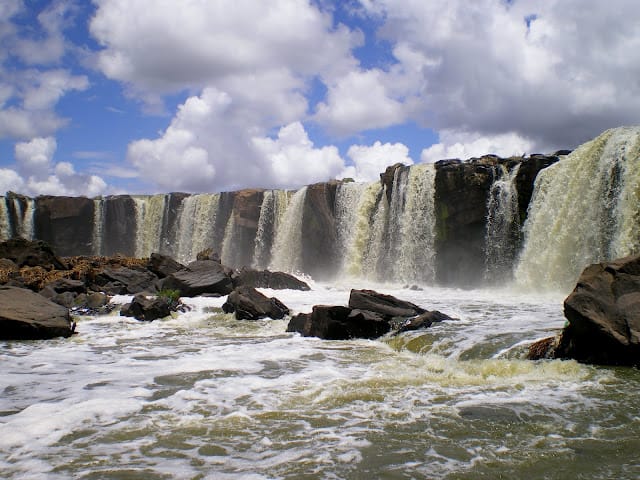 Oldonyo Sabuk National Park, the name which means ‘Maasai Mountain’ is an amazing place for bird enthusiasts. If you want to do some great bird watching together with a sample of wildlife, then this is the place for you! Oldonyo Sabuk is not far from Nairobi, located in Machakos County, and one can see a bit of it from the city; people who love hiking will also enjoy this park. The park is in an area where the pineapple plantations in Thika are visible, the city is visible and the majestic Athi River can be seen as well as the Oldonyo Sabuk Hills, which slopes the national park is located. Get to see animals like buffalos, leopards, baboons, mongoose, as well as over 40 species of birds. A famous waterfall the 14 Falls is also located there so do not miss it! 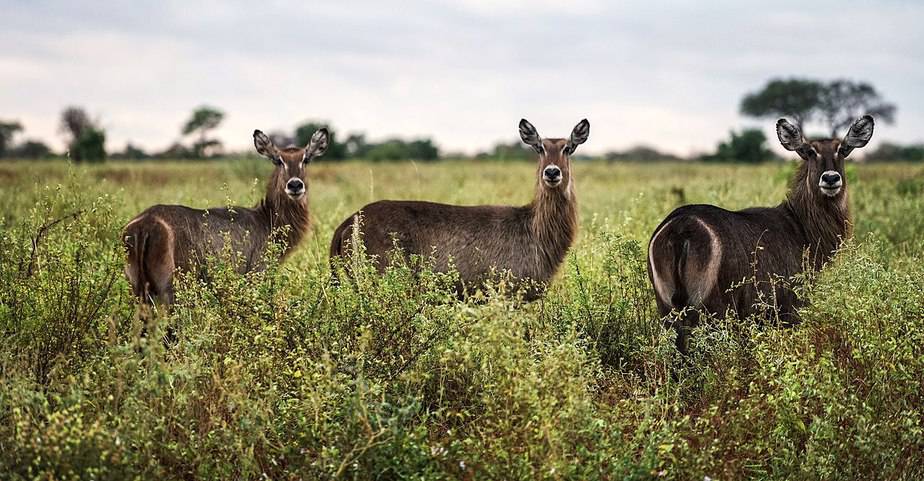 Welcome to the jungle; the mighty Kenyan jungle. The Meru National Park is carpeted in greenery and forests. It is such a cool and serene place with a true feel of the African Safari; and one cannot level this place without truly feeling the essence of a national park. First of all, the national park has over 500 species of birds, animals such as elephants, zebras, cheetahs, lions, zebra, gazelles, antelopes, snakes, and many more. There are also about 13 rivers running across and in the park, and one lodge, several tented camps, as well as campsites. One needs to book ahead. 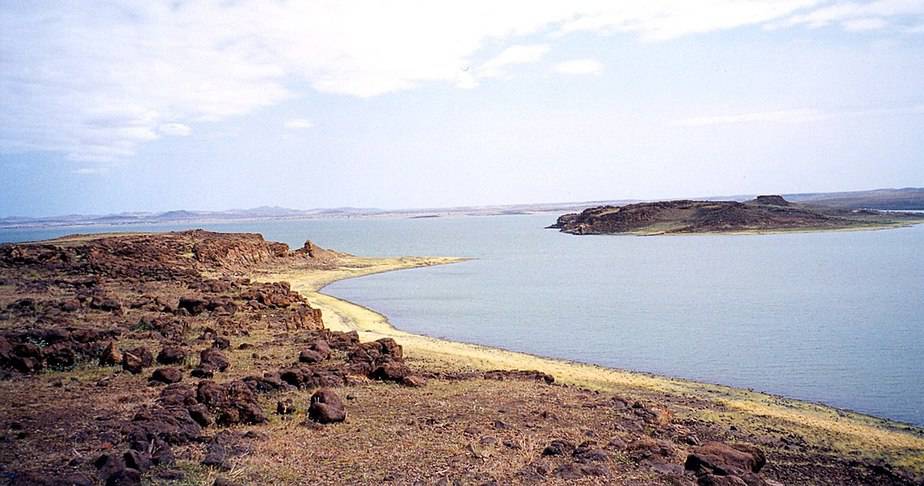 Sibiloi National Park is a park-like no other. It is located in the ‘Cradle of Mankind’ that is the Turkana region of Kenya. This is an archeologist’s paradise! Here, one will find the likes of the Koobi Fora, a place of archeological discoveries; the volcanic Mount Sibiloi as well as the forest nearby, and since the national park is near Lake Turkana, one gets to see a large collection of marine life- over 350 species, as well as the wildlife in the area, animals which include- cheetahs, hyenas, Oryx, zebras, gazelles, lions and even birds! Around the national park, are some communities rich in culture and tradition- the Dassanach, the Turkana, and Gabra communities. 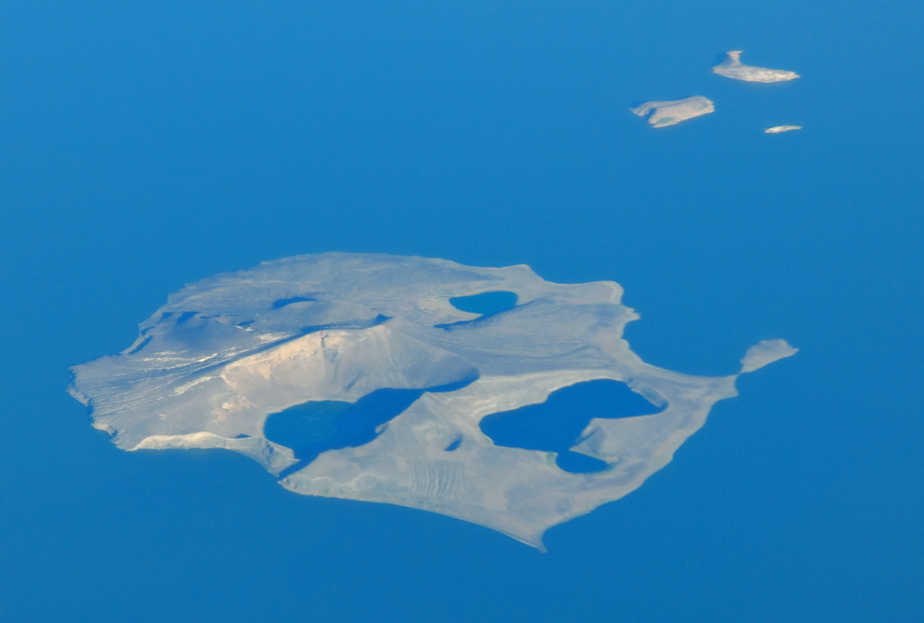 This is yet another gem around Lake Turkana. The journey to the Lake Turkana region is amazing, whether one decided to take a flight to Lodwar from Nairobi, Mombasa, or Kisumu, or take a road trip! This national park is like no other; three active volcanoes emit Sulphur and steam! There are located within the world’s biggest desert lake. It also has three crater lakes- Tilapia Lake, Flamingo Lake, and Crocodile Lake and in these lakes, is where one finds the world’s largest breed of the Nile Crocodiles! There are several campsites here as well! As a UNESCO Heritage site, this is simply Magnificent!

10 Phrases in Swahili for your Trip to Nairobi