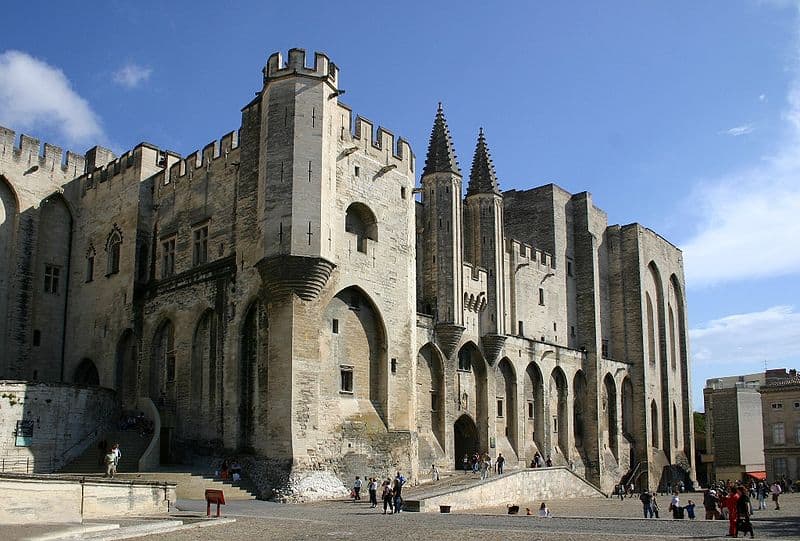 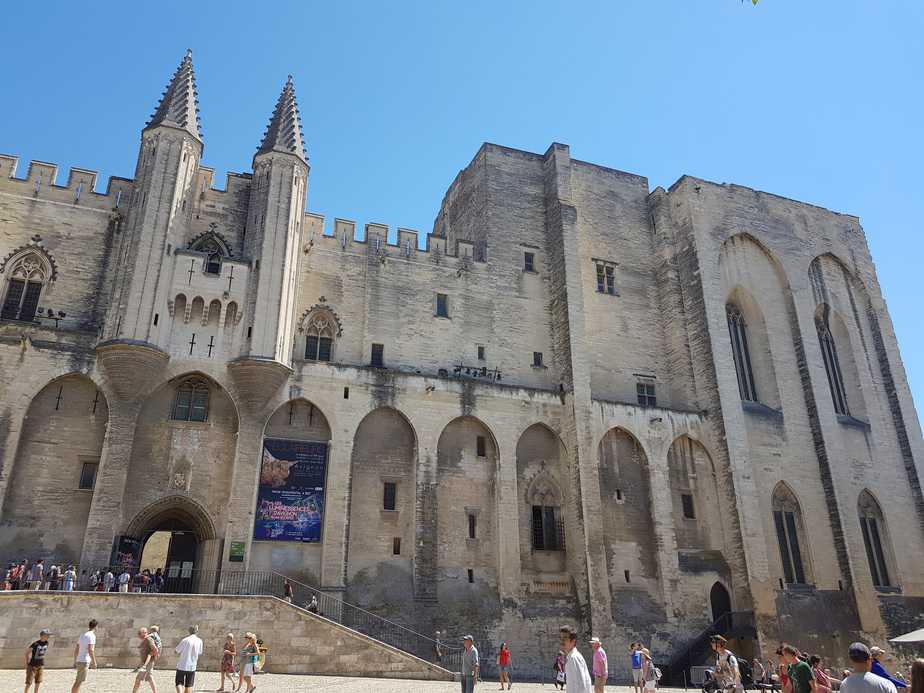 One of the most spectacular things about Europe will always be the buildings in its cities and towns. They give countries such a history and tell lots of stories from the past. What is more fascinating are the designs and the workmanship- the details that go into the buildings, the decorations, and even the ideas behind the construction of the buildings, most specifically, churches and palaces. Palais des Papes, ‘The Pope’s Palace’ was classified as a UNESCO World Heritage Site in 1995, and hosts over 650,000 guests every year.

In the South of France, in Avignon, the town became the home of popes who were running away from the violence that was greatly affecting them in Rome. This gave birth to the idea of building grand churches. The popes found a home at the palace and were under the ownership of popes for over 350 years and they left for Rome in 1377, and then the anti-popes took over until 1408. 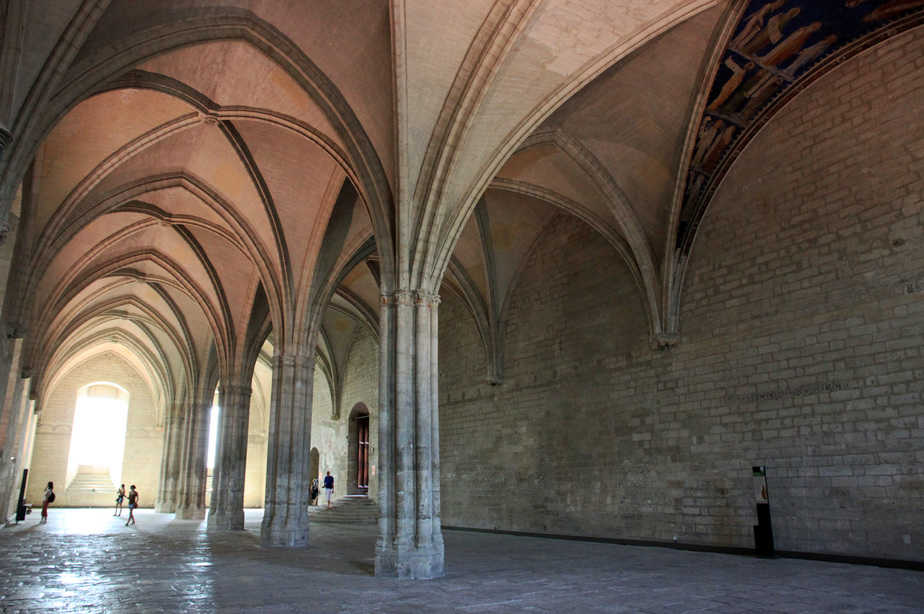 Popes could only stay in Rome during that period, and legend says that the story of the papacy in France started with a hot slap! A royal slap. In the olden days, before the popes could reside in France, they stayed in a monastery in Avignon. Taxes brought all this up; King Philip IV and Pope Benedict VII has a feud over taxes, and Philip was excommunicated by Boniface when Boniface was called a heretic by Phillip. Boniface’s supporters were not amused and they kidnapped Philip and demanded he rescinds his decision, which the king said he would not do and would rather die. In comes the famous slap, also known as Anagni Slap, given by Sciarra Colonna! Pope Boniface died a short while after, probably because he was tortured; and Benedict XI assumed the role of the pope, ignoring the law opposing papacy. When he died, Clement V took over and that is where it all started. After all, Rome was not safe.

2. It is the biggest gothic palace in Europe 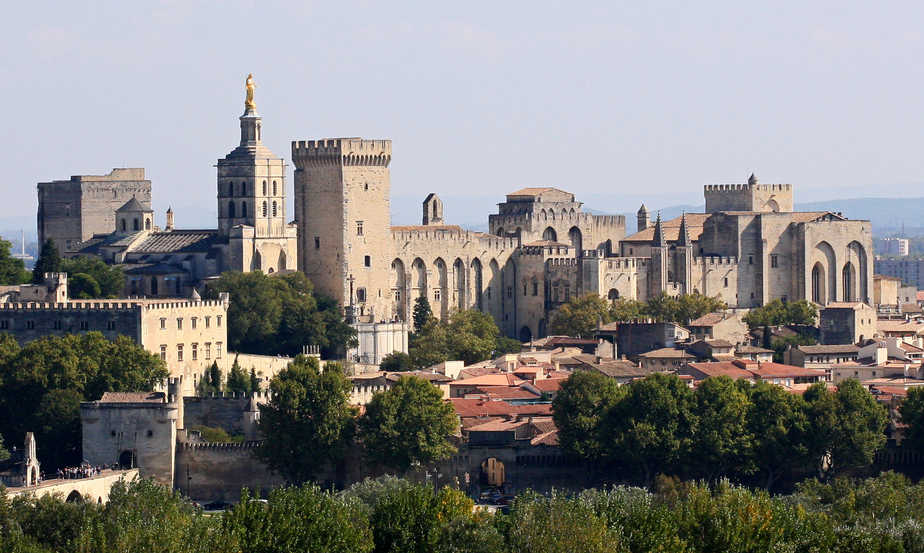 If you are an architecture enthusiast, this massive palace will be the best attraction for you. Welcome to one of the biggest palaces in Europe. In Avignon, France is the Palais des Papes; otherwise known as the Palace of the Popes- two buildings- the Palace of Pope Benedict XII and Pope Clement VI, both joined to make what is now, the Palace of the Popes. The palace symbolizes the churches which were very popular back in time- as far back as the 14th century. The palace has gone through quite a lot- some of its parts have been damaged during wars like the 1791 massacre, the Napoleonic French State among others. It has however been restored many more times and hundreds of years after construction, it still stands tall. 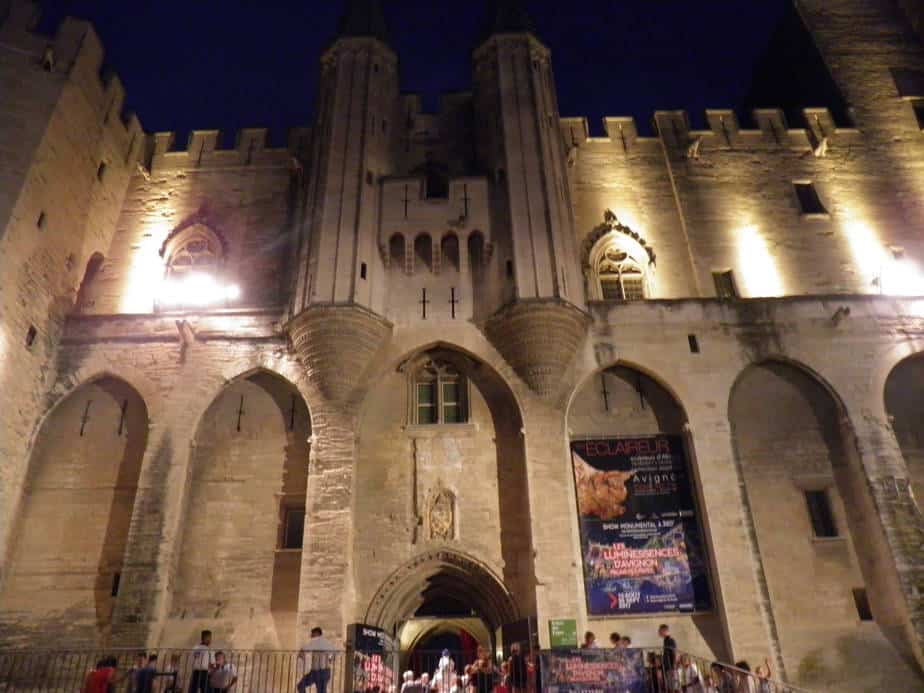 The palace- both palaces, took over twenty years to complete! The beautiful designs however make the wait worth it. Both popes oversaw the building of both palaces at the time of construction. The palace was built overlooking the River Rhone, in two different sections- Palais Vieux also known as the Old Palace, and Palais Neuf- New Palace. The tower and the adjoining buildings as well as the Grand Chapel where the papal acts of worship were designed by Jean de Louvres, an architect commissioned by Clement VI. Over time, more modifications and additions were done, like the main courtyard- Court d’Honneur done by Urban V, and two towers done by Innocent VI. Many other segments like the Great Tinel, the Chambre du Cerf, and many more. Worth a visit! 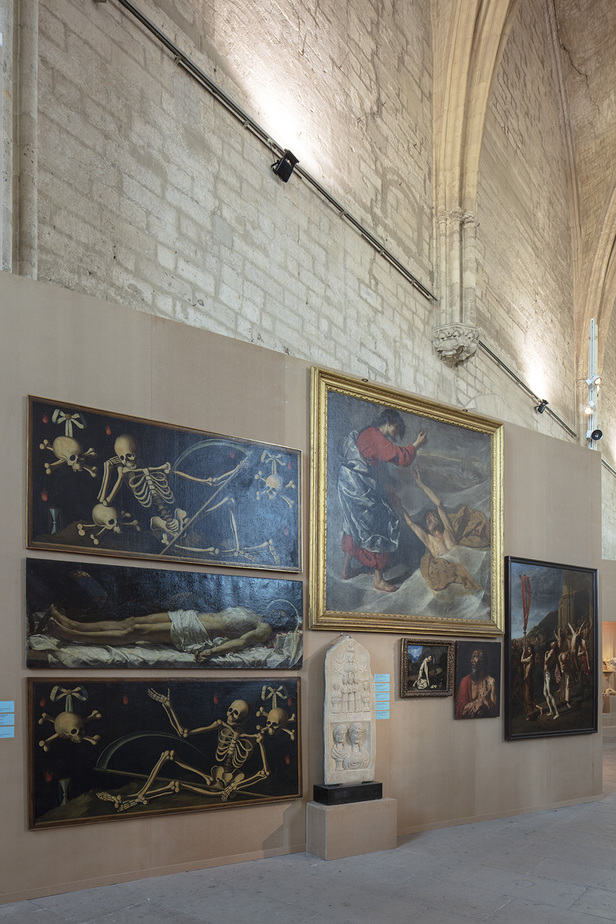 What better place to see some art than in an actual palace, where actual popes lived in! The Palais des Papes has art from as far back as the 13th Century, displayed at the Chapel. In 1947, a tradition of holding occasional art exhibitions was started in the Grand Palais. Since then, the palace is known to be the home of art. This tradition was started by two people, who organized an exhibition – Christian Zervos, an art critic, and René Char, a poet, and brought works by many amazing artistes; Picasso, Matisse, Braque, and many more. You will find tours all year round, and if you are interested in art exhibitions, you can check out when they host the exhibitions. 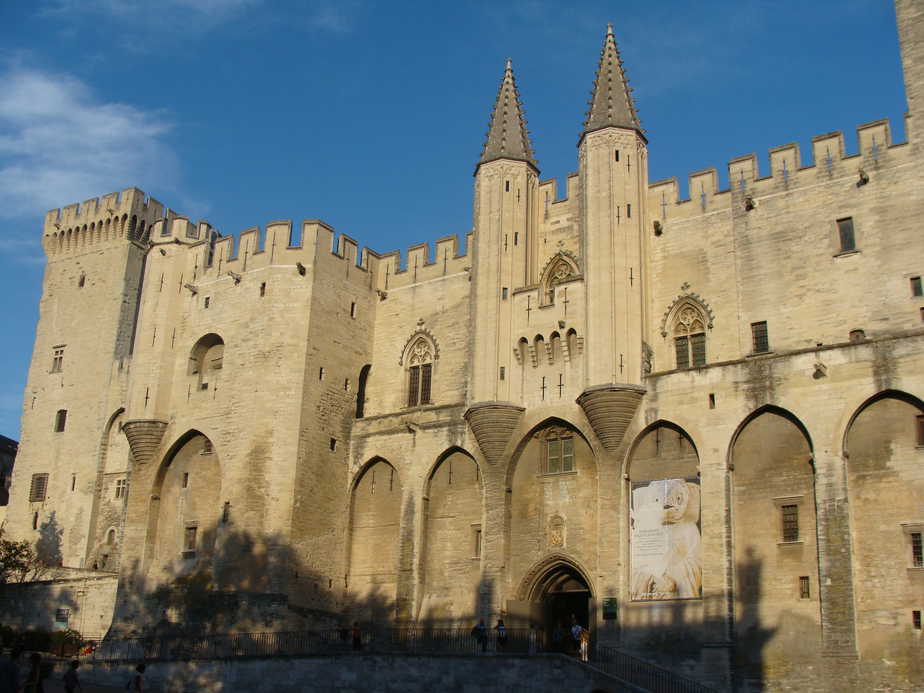 The catholic church was a very powerful institution in Europe. The palace, in the 14th century, stood as the head of Western Christianity at that time. It was big deal back then. The Palais des Papes is also a depiction of the rift in the catholic church, and although the churches were built magnificently, it happened at a time when popes were all trying to move to Rome. The place, along with several others in small towns, were left empty. The palace had been constructed as a residence for the Pope and since they left, the creative space took over, with artistes now taking over the place to use for art exhibitions. The palace was slowly modified to be an art gallery. St Martial Chapel has décor that was painted in 1345, by Matteo Giovannetti, and depicts St Martial being sent by St Paul to spread the gospel to the regions of Limousin, which was the home region of Pope Clement!

6. It was once a library

This palace was once home to one of the best libraries in Europe. The collection was massive and extensive, and even though the books are not there anymore, it would be an awesome experience to check out where the famous library was. The collection must have been really big, considering the caliber of the people who occupied the palace, as well as the size of the place! The clerics doing studies such as the ‘belles lettres’ found the over 2,000 copies of books and study materials to be very helpful. The Great Chapel of the Palais, located in the palace was also a great resource for musicians, composers, and singers!