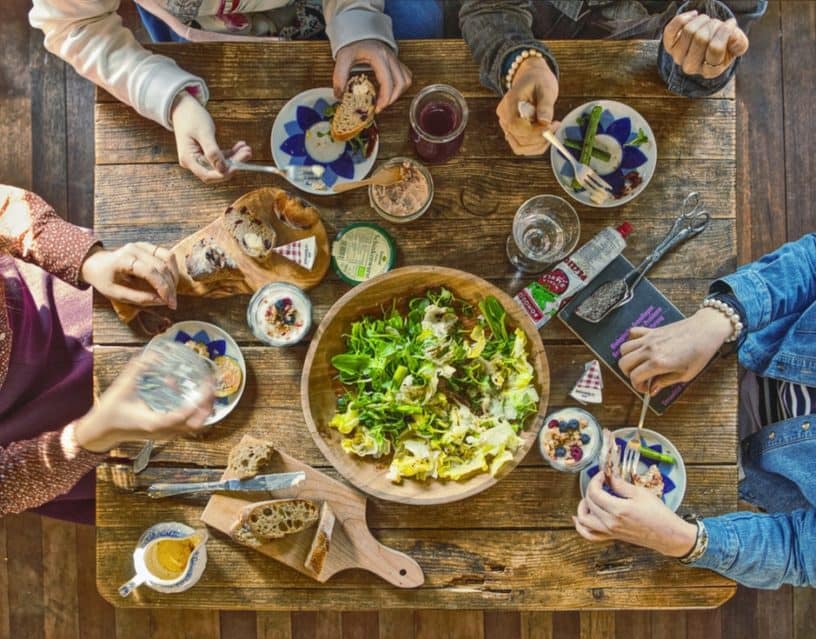 Perhaps you’ve had veganism pushed at you in a space where you felt less than open to the conversation at hand. Perhaps you yourself have even been the pushy vegan.

As this lifestyle movement moves forward around the world it becomes important that we dismantle the negative stereotypes and connotations that come with a plant based diet.

Once a year there is a vegan festival held in the city of Paris. It’s a new addition to the event’s line up in the French capital; a product of increasing popularity in the vegan lifestyle throughout Europe. 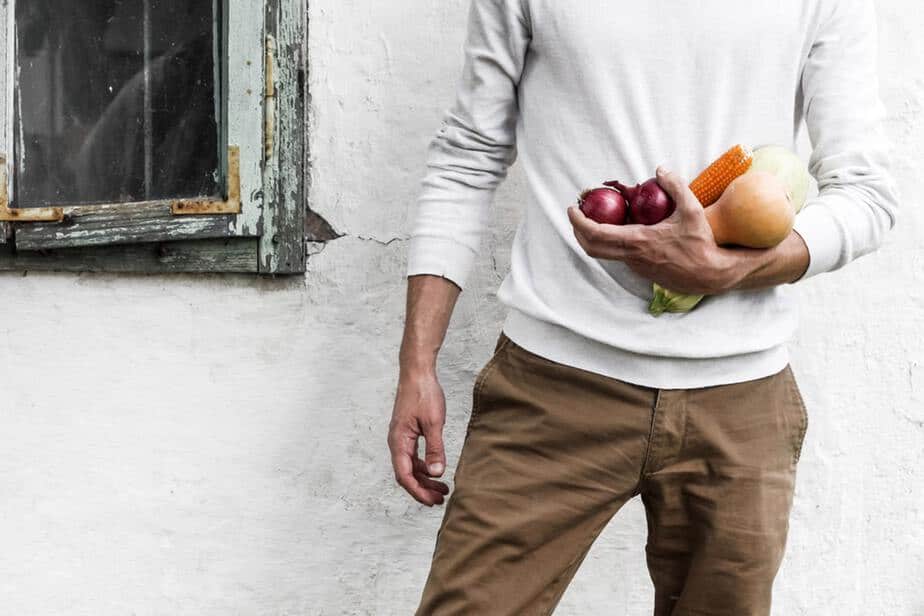 Paris has its fair share of vegan restaurants, with more popping up around the city every month. On top of this, more and more cafes and eateries are adding plant based options to their existing menus in an effort to make themselves more available to the vegan eaters.

If you’re lucky enough to find yourself in the city during the annual vegan festival there are a few things you need to know.

What is the Annual Vegan Festival in Paris?

The vegan festival is an event organized by the Farplace France organization. The intent was to create a yearly community event where anyone interested can be exposed to plant based living from all angles.

The festival usually takes place in June of each year. In 2018 the event was so successful that Farplace France was able to organize a second one later in December.

The location for the festival is the Espace Chevreul. This exhibition venue is situated in Paris’ outlying suburbs in the northwest of the city. It’s a journey to get to, but worth it for the full days experience. 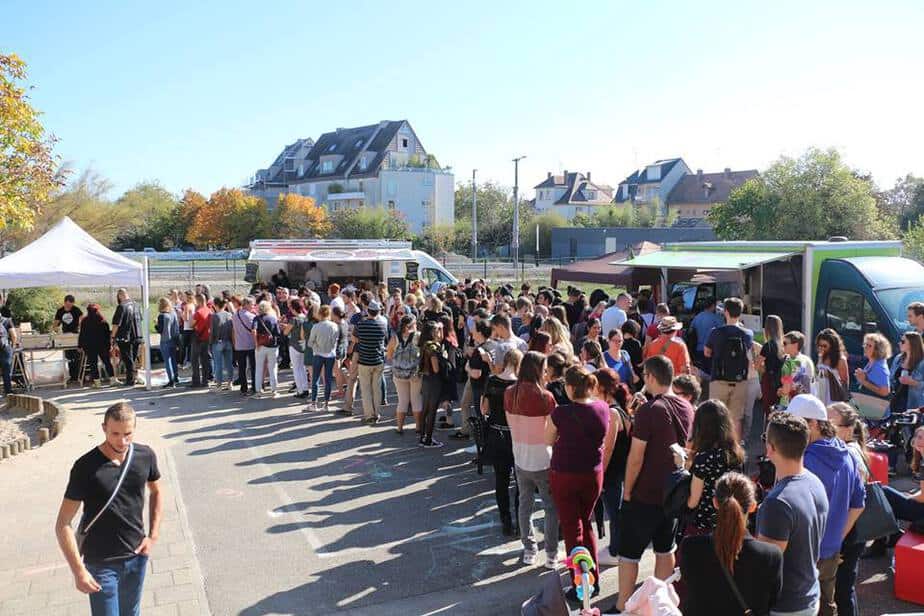 Because it is a relatively new concept to the city of Paris, ticket prices are extremely affordable. The organization does two ticket releases. The first round cost just €5, and the second €10. Children under the age of 15 are welcome at the vegan festival absolutely free.

This event is still receiving little media coverage within the city of Paris. The best way to keep in the loop with dates and upcoming events would be to follow their Facebook page.

What’ to Expect at the Annual Vegan Festival in Paris

The event in Paris is organized by a woman named Arielle. It is her belief that Parisians are ready to shift into a more conscious and environmentally friendly way of living, and the vegan festival is the perfect way to introduce those with even a mild interest to the lifestyle.

Most people will come for the food, and this is a big part of the event. In addition to food stalls the festival also explores cruelty free drinks, fashion, organizations, beauty products, even cleaning utensils. 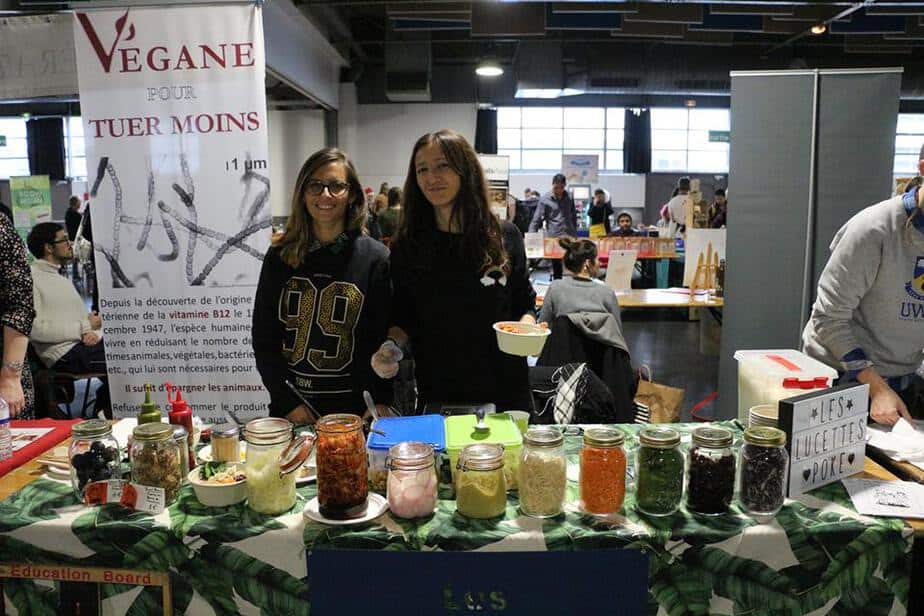 As consumers we are largely oblivious as to how many everyday products make use of the the bodies of animals in their production. Even chewing gum requires animal body parts to be made!

You’ll spend the day working your way around the festival learning and sampling as you go along.

The festival spreads the important message that the vegan lifestyle extends far beyond simply eating plants. It’s in what you wear, buy, support and swallow. Even recycling at home is a form of veganism. 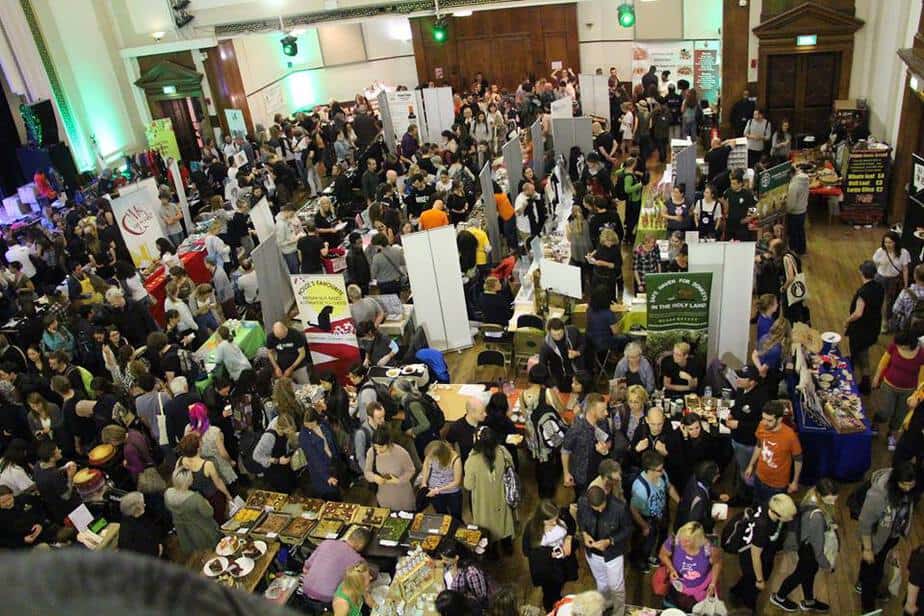 Is the Annual Vegan Festival Different to Veggie World in Paris?

The Vegan Festival takes place in June and December (if there is demand), and Veggie World takes place once a year in Paris during October.

This years Veggie World will be held over the 12th and 13th October 2019. This one takes place closer to home, in the Cent Quatre in Paris’ 17th arrondissement, east of Montmartre. It is a two day experience! 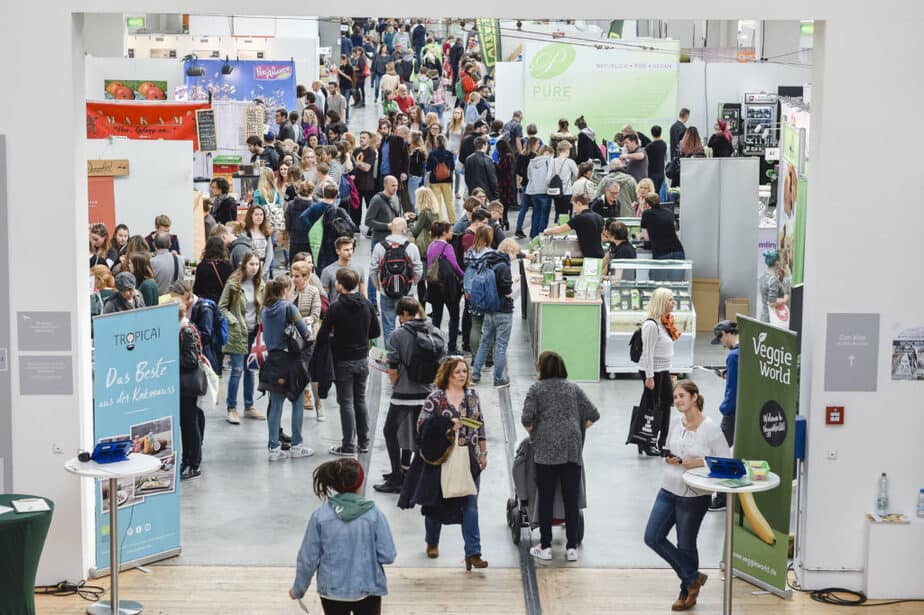 The two events hold similar values and concepts. The main goal being to spread awareness of environmentally friendly and cruelty free living. Veggie World will offer a range of foods and drinks in conjunction with exhibitors displaying their natural products for the body and home.

It’s a trade fair; one that is making its way around France and the rest of Europe. If you’re in town during October it is something to add to the to-do list. As is a free guided walking tour of the Montmartre area just west of the event!

Where to go as a Vegan in Paris

The French might be fiercely loyal to their meats and cheeses, but the city is evolving more and more each week with options for those who would like a more conscious experience. Here are a few of the best!

42 Degres is a raw cooking eatery in southern Pigalle, not far from the Manoir of Paris.

The name of the restaurant gives the concept away. Food qualifies as raw so long as it has not been subjected to temperatures higher than 42 degrees. Anything about this and the electromagnetic compounds of the foods are altered, destroying nutrients.

The meals at 42 Degrees are cooked to a certain point, always low enough to ensure maximum vitamin and minerals are kept active. These are some of the healthiest lunch and dinner options available in Paris. 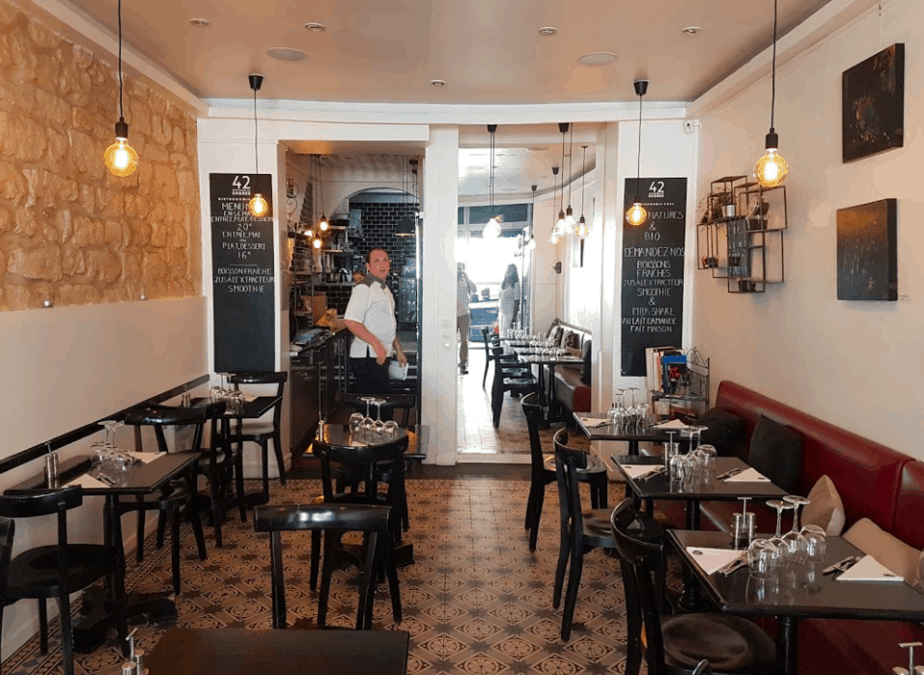 Le Potager du Marais is your local, run of the mill, wholesome vegan restaurant in the trendiest neighborhood in Paris.

Le Faitout is an anomaly for the Belleville neighborhood. The owners have taken the traditional Parisian bistro and all the dishes that come with them, and created a 100% plant based rendition of everything.

For some people making the switch to veganism is tough when they consider the dishes they hold near and dear to their cultural identity.  Being able to enjoy a cassoulet of the sea completely free of animal harm is revolutionary — and possible at le Faitout. 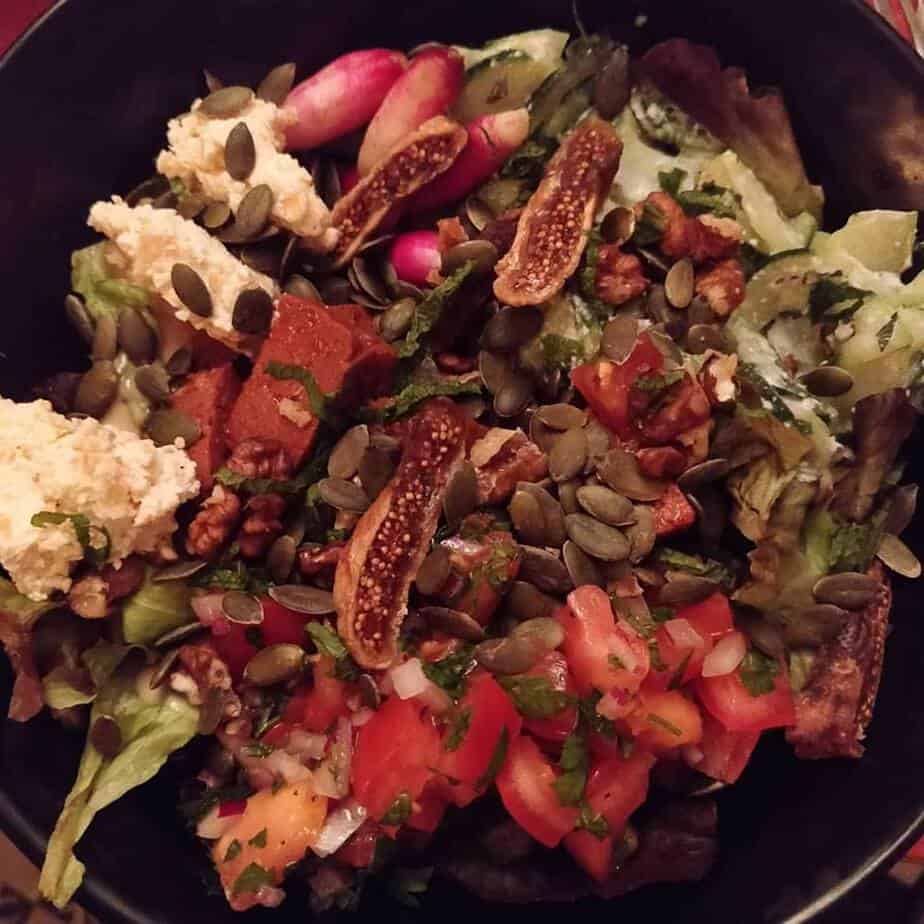 Le Faitout in Paris – by Le Faitout – Sourced from their Facebook