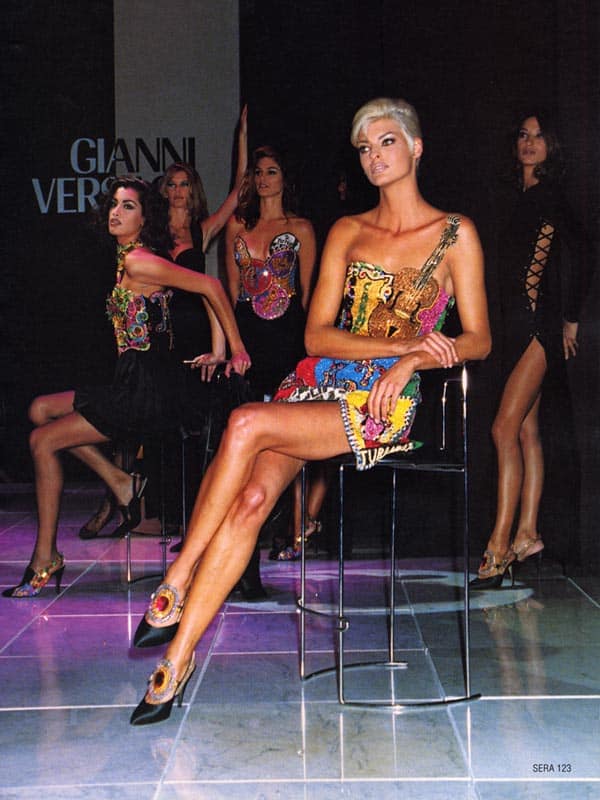 The name of Versace is inextricably linked to that of the late brother Gianni, creator and founder of the prestigious fashion house Versace and, sure, is one of the most known names of the fashion industry.

Beginnings and Love for Fashion

Donatella Versace was born in Italy, in Reggio Calabria in 1955 and immediately created a special bond with her brother Gianni, who has always been passionate about fashion and clothes making, a characteristic inherited from their mother, a seamstress. 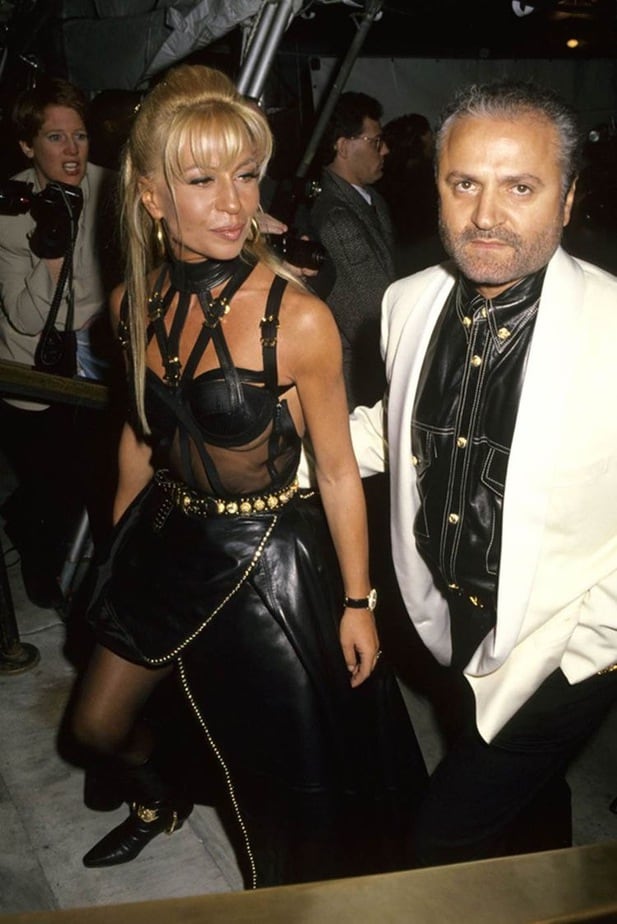 Versace siblings in the late 80, image sourced from  Pinterest

After graduating in Languages ​​in Florence, she decided to support her brother, who had moved to the Lombard capital, to help him choose fabrics and stoofes, learning the fundamental bases of Gianni’s talent, and helping him to make the first clothes. These are the 70s, years influenced by the famous Summer of Love and the Hippie movement, the years in which the talent and intuition of Gianni Versace begin to produce the first fruits that they will bring in 1978 to the opening of the first Versace boutique in Via della Spiga in Milan.

The formidable rise of the Versace family begins, made up of fashion shows, social events and creation of dream dresses for the divas of the moment, and thanks to Donatella’s marketing insights the brand grew in turnover and prestige in just a few years. The Versace style was immediately characterized by a reference to classical mythology (it will be chosen as the logo of the “Medusa” fashion house) and for the choice of supermodel, almost bionic and beautiful women as gods.

Donatella becomes not only the closest collaborator to Gianni, but in return he becomes her inspirational muse: it was he who pushed the woman to dye her hair platinum blonde and to represent a hyper-feminine and high-heeled woman, which was popular fashion in the typical tan 80’s / 90’s.

Donatella doesn’t know how to sew like Gianni, but she has a great intuition and is immediately an excellent sales strategist, and at the beginning of the 80s, she was entrusted with the youthful Versus brand, which had huge worldwide success: detaching itself from the style of High Fashion by Gianni Versace, Donatella will make its own Versus brand, giving birth to a new star in the fashion firmament. 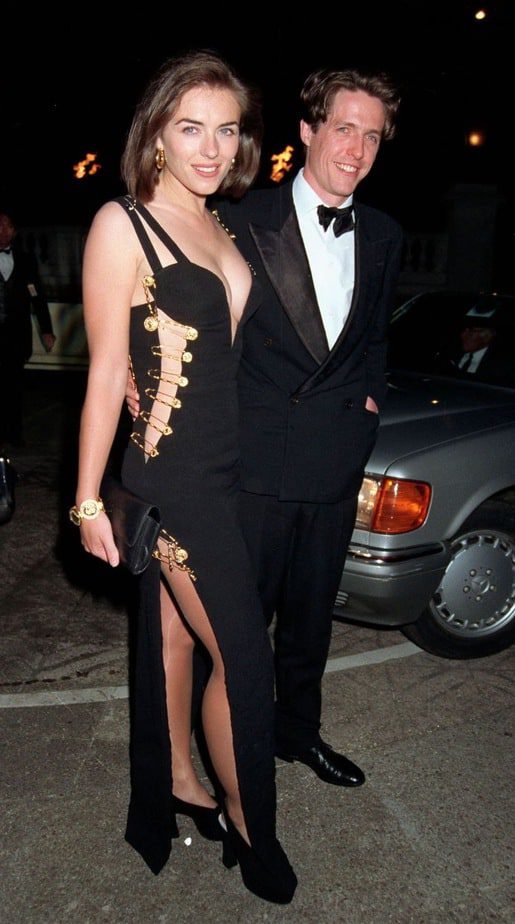 Elizabeth Hurley and her Iconic Versace dress in 1990, sourced from GoogleImmagine

The eighties and nineties are glittering years for the Maison, thanks to advertising campaigns with photographers of the highest prestige and to the collaboration with stars of the caliber of Madonna, the fashion house began to produce iconic pieces such as the famous ultra-spilled dress worn by Elizabeth Hurley or the wonderful red dress worn by the Cindy Crawford, top supermodel in 1991, praising the Versaces in the Olympus of the fashion greats.

The Murder of Gianni Versace 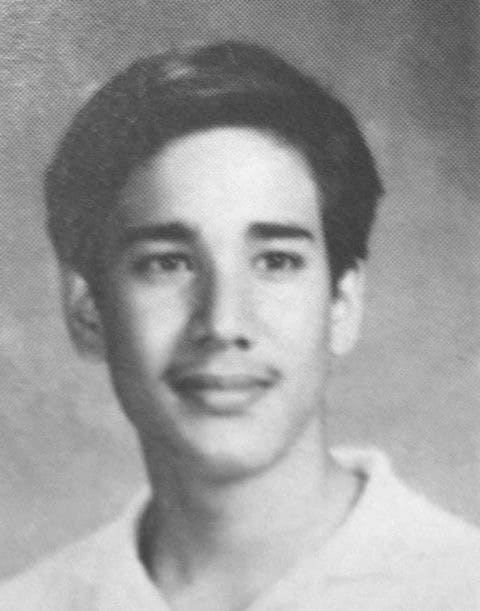 1997 is a tragic year for the Versace family: Gianni is assassinated in front of his Miami villa by Andrew Cunanan, ending the era of the genius of Versace. Cunanan  was born in California in 1969 and before killing Versace, he had already committed three ferocious murders. Gifted with remarkable culture and great charm, he soon became known in high-level homosexual circles, leading a luxurious life above his abilities. Donatella harshly accuses the blow of this tragic death and falls even more headlong into a dark abyss from which it seems not to have the strength to get up … 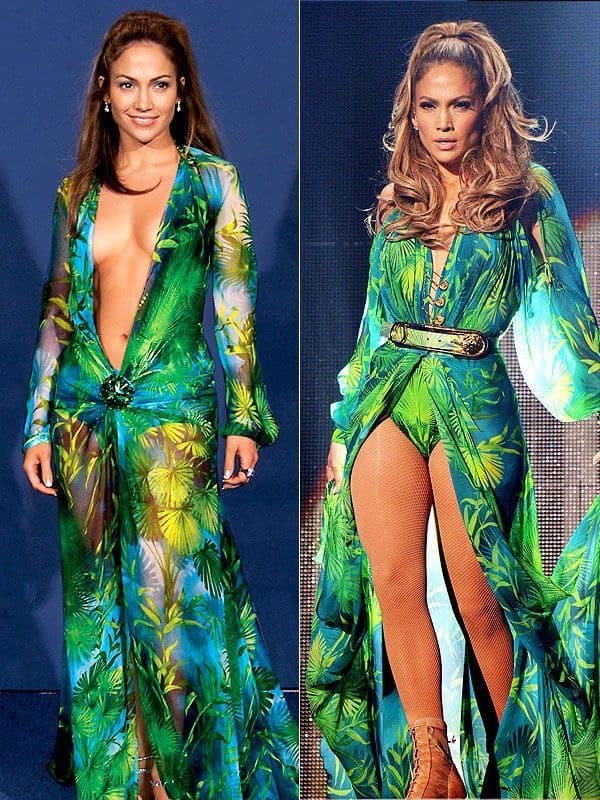 JLo and The Iconic Jungle dress, sourced from Versace Archives

After a period of economic crisis and sales of the brand far from the splendours of the early 90s , Donatella decides to take over the reins of the brand, and with a series of right advertising campaigns and assistants of the caliber of Antony Vaccarello, Versace rises again.

Donatella starts to dress world-famous stars like Lady Gaga, Rihanna, Jennifer Lopez (famous is the Jungle Dress, emerald-colored that helped launch the dazzling career of Versace) and Beyoncè, as well as to continue to use, in the wake of the late fratello, the super models for the various advertising campaigns.

Donatella doesn’t know how to sew like her brother Gianni, but she has a great intuition especially in marketing and in choosing the personalities to be involved in her brand … Donatella’s rise is unstoppable, passing from being the sister of Gianni Versace to an icon of style and a talented stylist, receiving praise from the press and the world of fashion.

Having managed to free herself from the nightmare of drugs, Donatella fully takes the reins of her life and the Versace universe. Backed by her brother Santo, she is ready again in her climb in the Olympus of fashion … 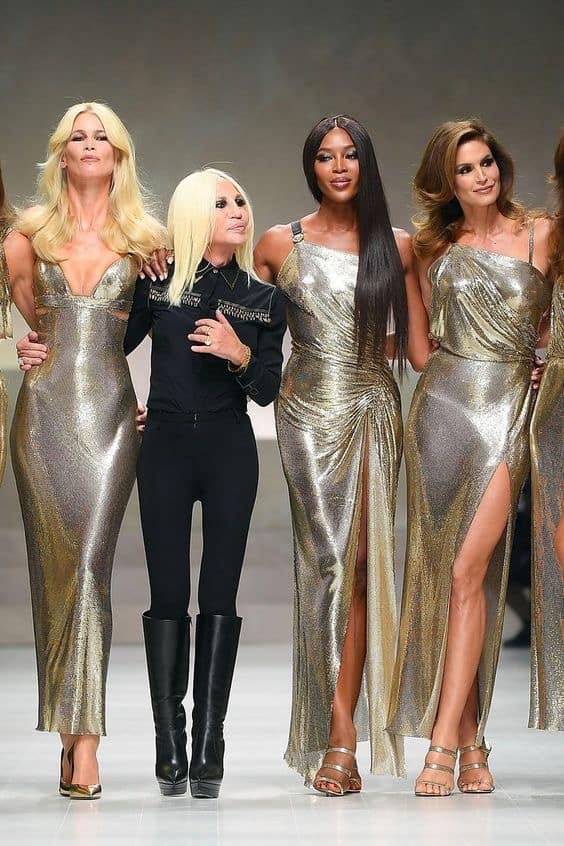 Donatella and The Supermodels, sourced from Versace Archives

In 2018, Versace was the absolute protagonist of Milan Fashion Week. A tribute fashion show took place for the unforgettable brother Gianni, and showed his 90s supermodels: Naomi Campbell, Cindy Crawford, Claudia Schiffer, Carla Bruni and Helena Christensen, all as beautiful and statues wrapped in gold-colored lamé dresses, symbolizing the strong and constant presence in Donatella’s style of her brother.

The Style of Maison Versace

The style of Versace represents a real symbol of the opulence of the 80s and 90s. Thanks to the use of leather, lattex, golden safety pins, ultra-feminine and almost bionic models in their statuary beauty, Gianni gave voice to the constant search for beauty and extravagance.

Followed by Donatella herself, who wanted to give the Maison a more modern and metropolitan touch, Versace began embracing the style of the new millennium. T-shirts with the Versace logo began to appear, ultra-tight pants and jeans, leather cuissards, and the use of fluorescent colors and accessories with a sporty chic touch. 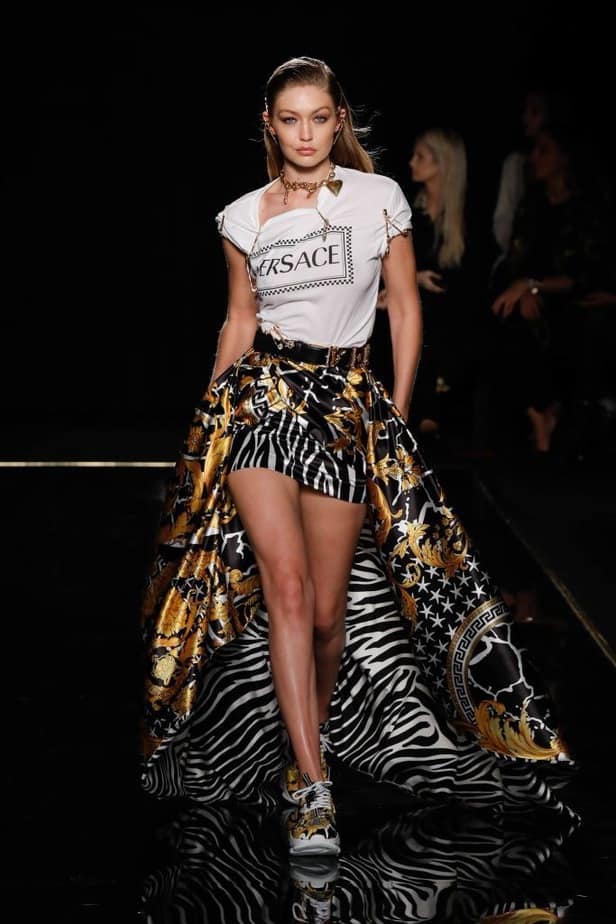 If Versace by Gianni meant golden auras, with super decorated jackets, sumptuous dresses and metallic skirts, with Donatella the female body is enhanced with chiffon and ultra-feminine dresses, giving the wearer a unique and inimitable style.

The Versace family has been and is one of the icons of world fashion, of times when Italy was producing excellence in many sectors and times when economic and social growth was the backbone of our Belpaese … but it is also a family based on family ties between three different but united brothers, where even death could not break love and mutual respect. On the contrary, it has increased the determination and dream of Gianni Versace himself, making it eternal.