A Visit to Halle Sainte-Pierre in Paris

A Visit to Halle Sainte-Pierre in Paris 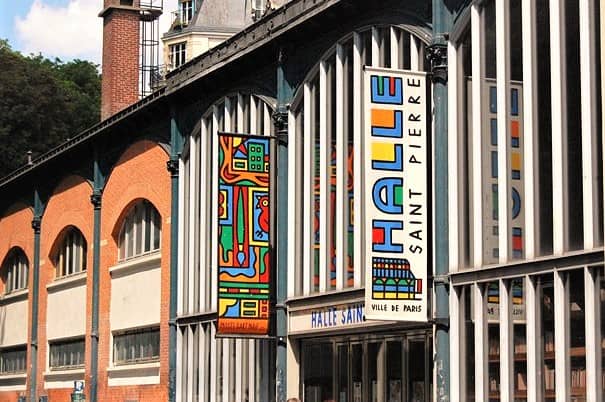 The entrance to Halle Sainte-Pierre – Courtesy of Wikimedia Commons

It seems fitting that the city’s home of outsider art is just a stones throw away from the heart Montmartre. The once-poor-neighborhood-turned-tourist-den, used to be an area littered with starving poets, painters and writers. It was notorious for being cheap and run down – an ideal spot for the Parisian outsiders. It is for exactly this reason that Montmartre has been transformed into one of the most visited areas in Paris, crowded by an endless stream of plastic Eiffel Towers and selfie sticks. Some of its original character has remained, thanks to the small museum that sits humbly and foot of the hill: the museum of Halle Sainte-Pierre.

The museum of “art brut” 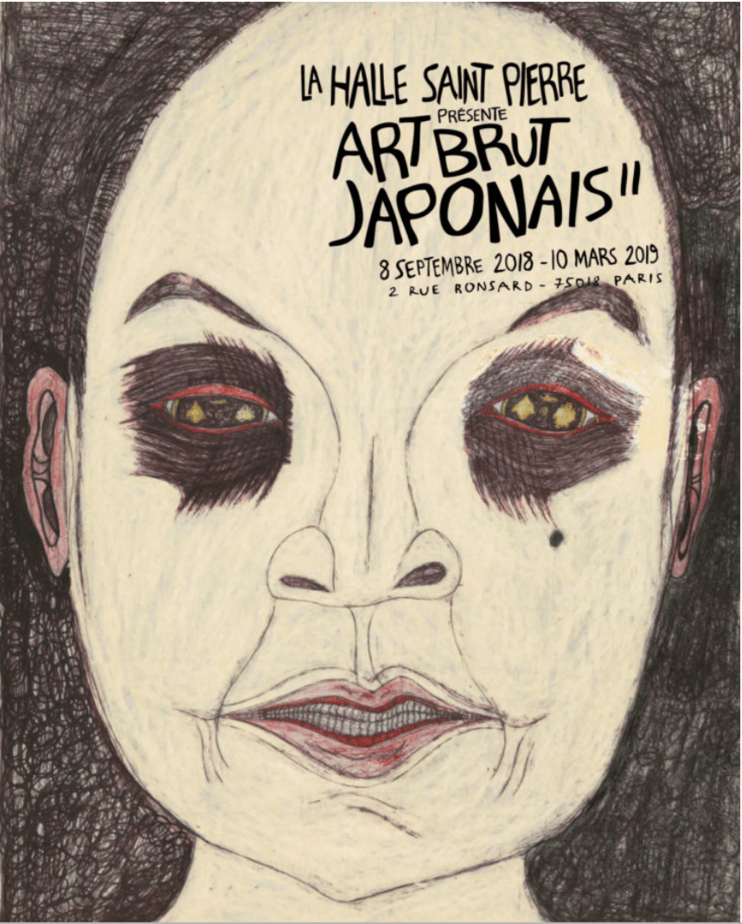 The entrance to the museum of Halle Sainte-Pierre can be found just below the famous church of Sacré-Coeur. The large, brick walled building once acted as a market, and then a school, before finally being turned into the contemporary art museum in 1986.

Halle Sainte-Pierre shelters a museum, coffee shop, auditorium, bookshop and gallery under its roof. The coffee shop is the first thing you see as you enter the building. There are small wooden tables huddled around a large spiral staircase that leads up to the second floor.

To the right is a small area filled with books on art, photography and expression. The exhibition room is veiled by a felt curtain. The man at the desk will tell you that you must pay nine euros (seven euros is the reduced price for students and seniors) before you can continue exploring.

If you decide to pay, you will be ushered into the VIP room and will find yourself in the new, artistic world of l’art brut.

What is art brut? 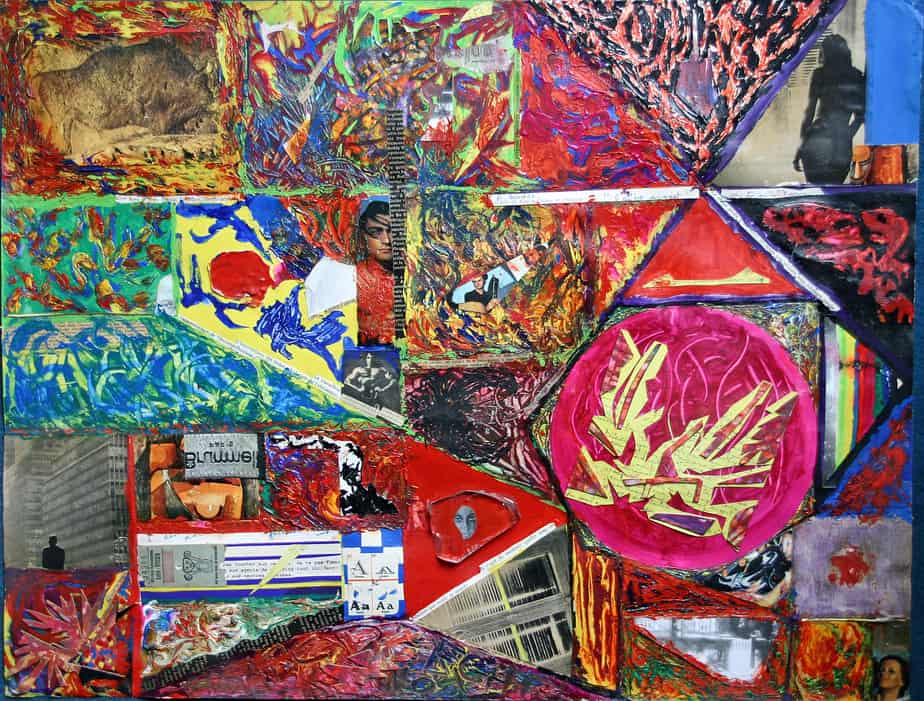 Good question.  Art brut is the French term for outsider art. It is a form of art practiced without formal artistic training. The artists are self taught and tend to have absolutely no interaction with the mainstream art world. In short, it is the exact opposite of museums such as Le Louvre or Musée d’Orsay.

Art brut focusses on breaking widely accepted norms and conventions. It is most often encapsulated in fantasy worlds or altered mental states. The french word “brut” can be translated to mean “rough,” “raw,” or “gross.” 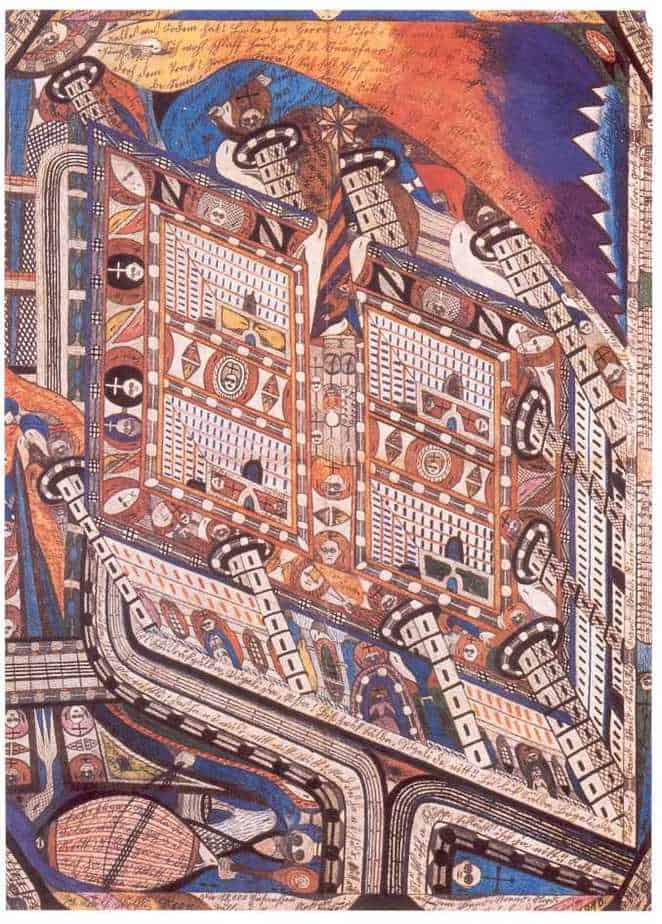 One of the more famous pieces of outsider art, created in 1910

Seeing as the whole concept of art brut is to break convention, it can be difficult to try to categorize the outside art. However, a large potion of art brut works with children’s art as well as art from mentally ill artists.

The philosophical ideal of art brut is freedom from the constraints of classical art and the idea that anyone, trained or self-taught, are able to express themselves through art.

Outside art has a long and winding history, but recently, starting in the 1970’s, art brut has started to become a more accepted, popular form of artistic expression. Can outsider art still be considered art brut if it is accepted by the mainstream art world? That is an even better question, and one that I do not have the answer to.

Art brut in the museum of Halle Sainte-Pierre 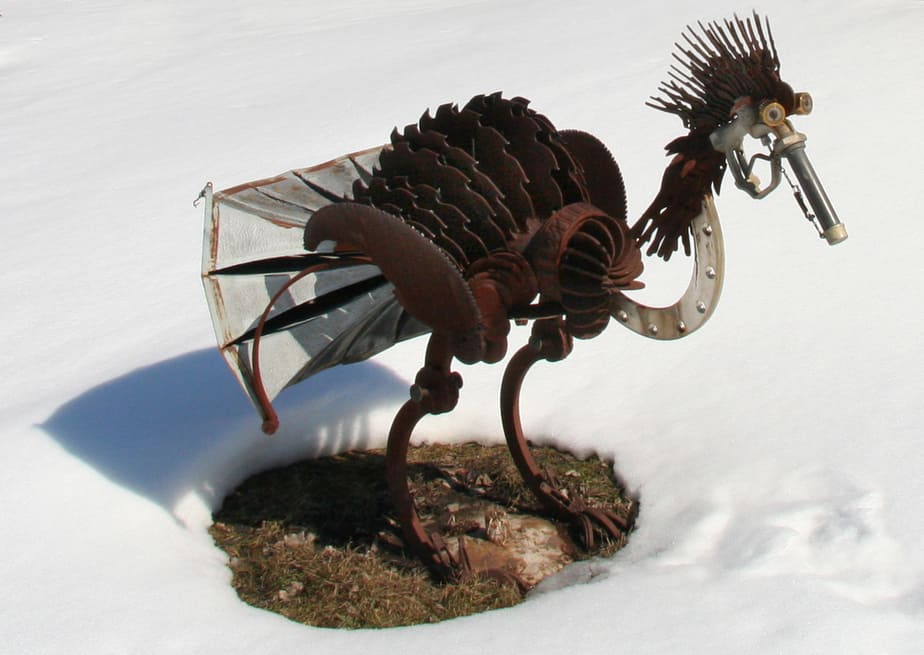 A sculpture of a bird made from Dr. Evermor’s Forevertron – Courtesy Wikimedia Commons

It was a rainy weekday in January when I went to Halle Sainte-Pierre.  Their Japanese art brut exhibition was still in full swing and there was a constant stream of people entering and exiting. It started in September of 2018 and will continue until the 10th of March, 2019.

This is the second time that this particular show has traveled from Tokyo, across international waters, and then ended up in the rooms of Halle Sainte-Pierre. This second exhibition comes eight years after the first, overwhelmingly successful exhibition on Japanese outside art.

The art comes from over sixty different artists. Many of these artists were creating under the influence of mental strain and extreme isolation. This exhibition gives birth to a  deep sense of disfigurement and something that borders on the uncanny.

The sometimes disturbing, sometimes mundane, sculptures and paintings call into question the very nature of life itself. If you get a chance, make sure to book a ticket to the museum of Halle Sainte-Pierre before the 10th of March. You will not be disappointed. 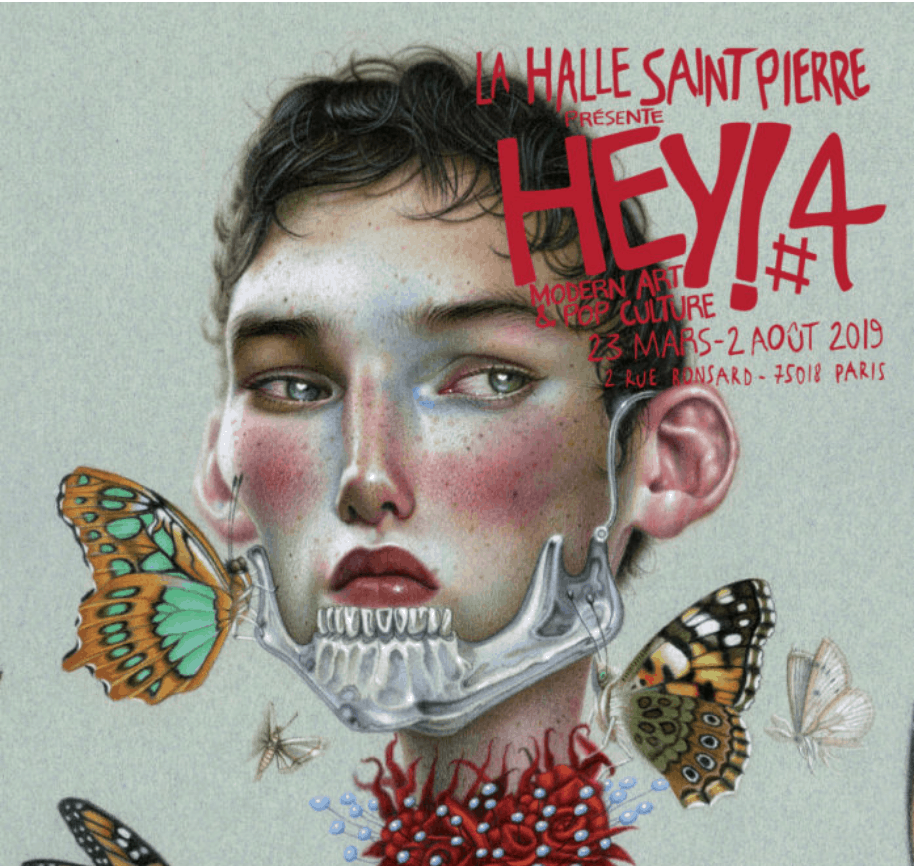 Chicago has a large part in the art brut world and the new exhibition, Chicago: a center of art brut, will highlight its place and its influence. The exhibition will begin on the 23rd of March, 2019 and will continue until the 2nd of August.

The museum is open everyday, Monday through Sunday, from 11 am to 6 pm on weekdays, 11 am to 1pm on Saturdays, 12 am 6pm on Sundays. The bookshop and coffee shop are also open everyday.

I would strongly encourage everyone to go see this museum. Halle Sainte-Pierre is a wonderfully unique experience filled with the original and the unconventional side of art. It shows that art and expression is for everyone, regardless of formal training or background. Sainte Halle-Pierre, like its art, is mind bending.