The Besr Corsica Restaurants in Paris

The Besr Corsica Restaurants in Paris

You may have already heard of Réunion; an island off the coast of southern Africa that is by law an extension of France.

To put this into perspective, the direct flight between Paris and Réunion Island take just over 11 hours and is conserved a domestic flight despite crossing other continents, oceans, time zones and hemispheres.

It is officially the longest domestic flight in the world, and yes, it’s a tough one to properly wrap your head around. Dig a little deeper and you’ll learn that France actually has seventeen other pieces of land just like this under it’s name. 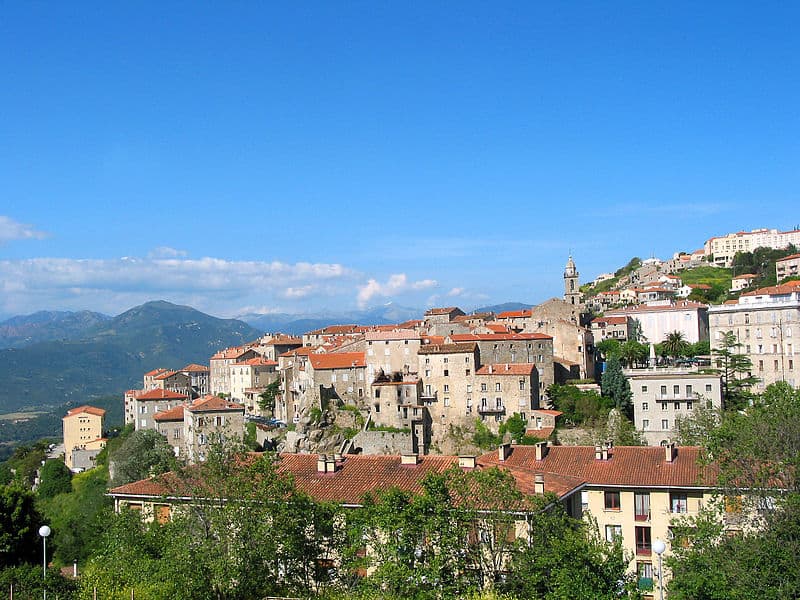 Just off the coast of Italy there is a Mediterranean island called Corsica. The island is an official region of France and is comprised of dense forest lands and beautiful coastal towns.

Corsican cuisine is therefore quite popular amongst the people of France, especially in Paris. Due to its close proximity to the Italian coast, Corsican food derives a lot of its dishes and flavors from this part of the world, with some elements of influence from Nice and Provence.

If you’re interested in exploring the food of this land while in Paris there are a few places you can do so.

Trattoria by Gustu in Paris

Trattoria by Gustu is the new kid on the block for Corsican cuisine in Paris, but the feedback has been astounding. Situated in the 19th arrondissement, you’ll have to enter the Grand Marché Stalingrad to find it.

The owner is Corsican and naturally understands the food better than most. 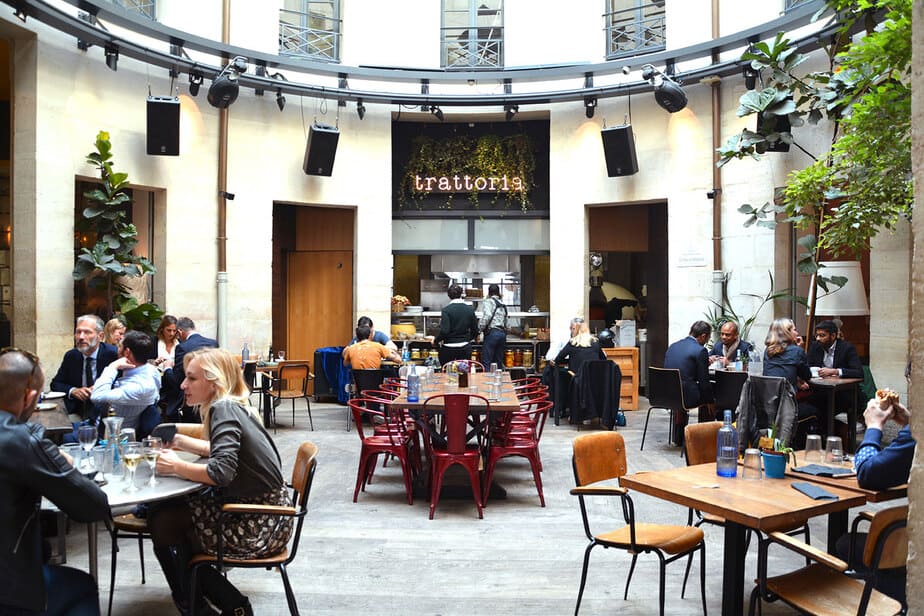 Trattoria – by La Rotonde Stalingrad – Sourced from their website

In Corsica, food is made using whatever ingredients the people are able to salvage from mother nature. To try keep to this tradition, Trattoria by Gustu are growing their herbs and fresh produce on the roof of the Grand Marché Stalingrad. They are also attempting to erect sustainable bee hives from which they can retrieve fresh honey.

The restaurant runs a wonderful cocktail menu with most of the spirits and ingredients being imported from the island itself.

Try the fig ravioli as a main and the tiramisu for dessert — unbelievable.

This next Corsican restaurant has two locations in Paris. I like the one that lies not far south from the Eiffel Tower, within walking distance to Montparnasse .

La Villa Corse has been on the scene a lot longer than the Trattoria mentioned before. It holds a large following of loyal Corsicans who now reside in Paris and enjoy a taste of their home land cuisine every so often. 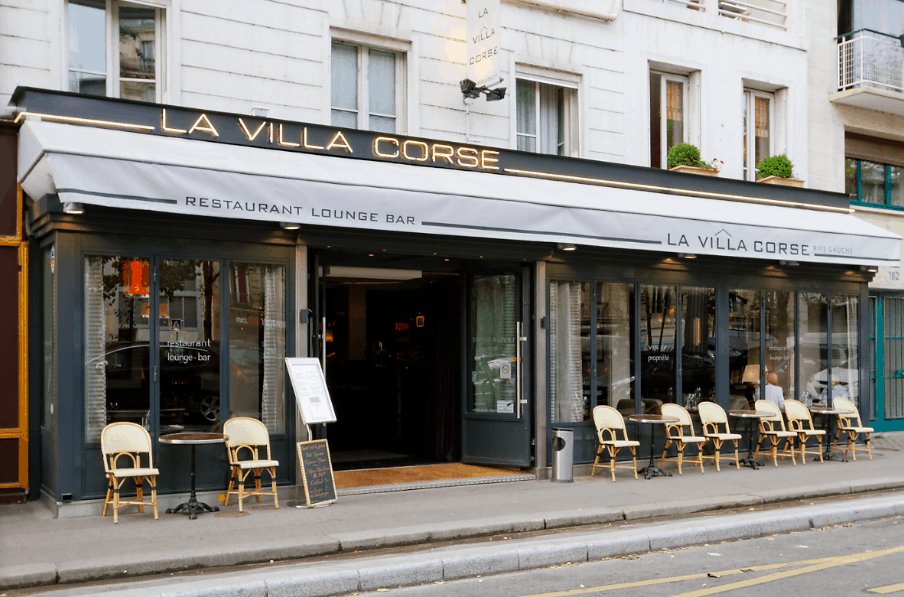 The most popular dish here is the Corsican cheese platter paired with the authentic Corsican red wine. Since everything has to technically be imported from the island, prices are a little hefty but the experience is well worth it.

If you’re feeling up to it you can choose to do their set menu which consists of six courses; all traditional Corsican of course.

Situated just between the 1st and 2nd arrondissements, A Casaluna is the first place I send people when they ask me for Corsican food during a free guided walking tour of this area. We even occasionally walk right past in en route to the Statue of Louis XIV one block away.

A Casaluna is ambient and exceptionally decorated. Dining in here may as well be dining right on the island itself back in the 50s, a rich presence of immigrant history fills the space. 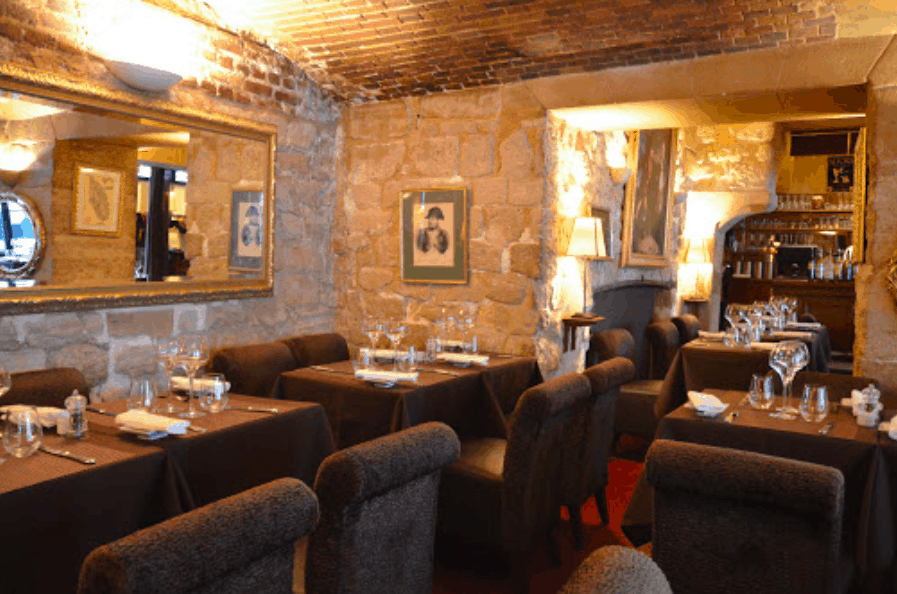 A Casaluna in Paris – by A Casaluna – Uploaded by them

For €36 one can choose to partake in the set menu that comes with three courses. It’s not a bad deal when you consider the portions and quality of the food you receive. Pair it with the bottled Corsican wines they offer on the menu, avoid the house wine if you can as it just isn’t quite the same.

You’ll need to book in advance if you’d like to eat here, this is a popular spot amongst the locals of this neighborhood.

A la Chataigne in Paris

This cozy little restaurant is tucked away north of the Champs-Élysées. You know it’s good thanks to its popularity amongst both native Corsicans and blissfully unaware individuals who have never even heard of the island.

In Corsica, cold meats form a large part of the cuisine. A la Chataigne does a wonderful charcuterie platter that you can enjoy as a complimentary starter or as a main if you so desire. 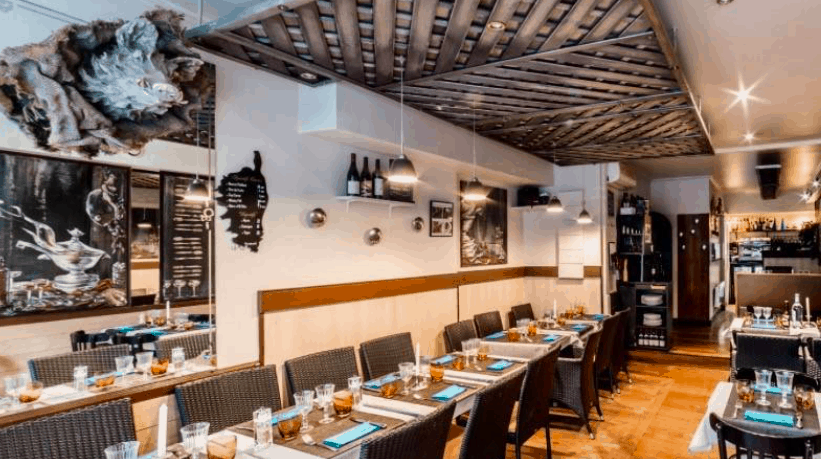 Chestnuts grow abundantly on the island. The chef at A la Chataigne has incorporated this element into the menu in as many avenues as possible, especially in the desserts.

When you consider the location, quality and service that is part of the experience at A la Chataigne the prices are exceptionally reasonable. They are open for lunch and dinner service everyday aside from Sundays.

L’Alivi is the most conveniently located of all the Corsican restaurants in Paris. You’ll find it in the heart of le Marais, one of the trendiest and most vibrant parts of the city particularly at night.

A reservation here is imperative as the space is small and frequented by the people of this neighborhood. They also offer live music most evening which puts dining here into even higher demand. 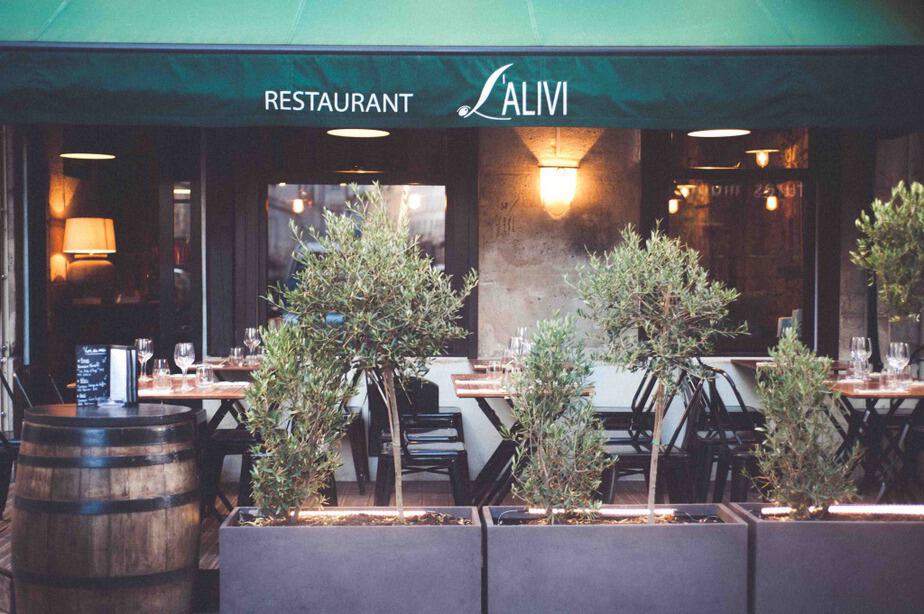 Everything on the menu is good, it’s honestly that simple. Whatever your poison (meat, veggies, seafood) be sure to request a side of their famous mashed potatoes.

One of the most appreciated things about L’Alivi is how well trained the staff are to help those unfamiliar with Corsican cuisine make their way through the menu. They educate instead of patronizing, which is usually a big problem with food service in restaurants in Paris.