The Best American Restaurants in Paris 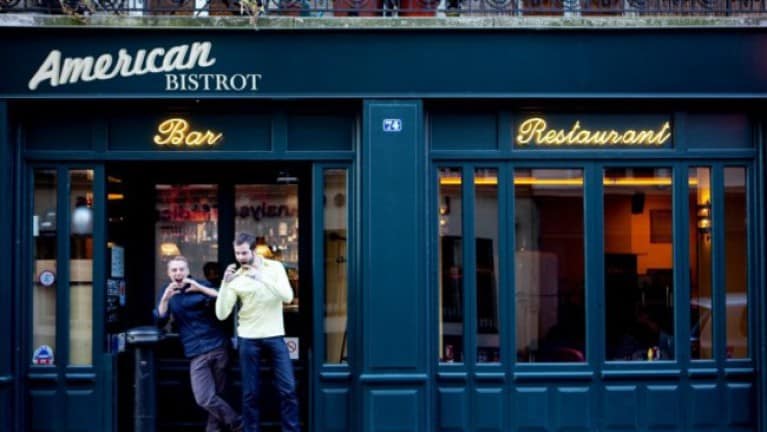 The Best American Restaurants in Paris

The holiday season is upon us, and a lot of Americans in Paris may have just celebrated Thanksgiving away from their families. This was my second Thanksgiving away from home, and although I’m not one to get homesick, it’s never fun to miss a great day of eating delicious food, spending quality time with family, and watching football all day long. So if you’re feeling homesick, craving a burger and fries, or you just want to give your French friends a taste of the United States, this article is for you. Here are 5 spots in Paris where you can get an authentic taste of America. 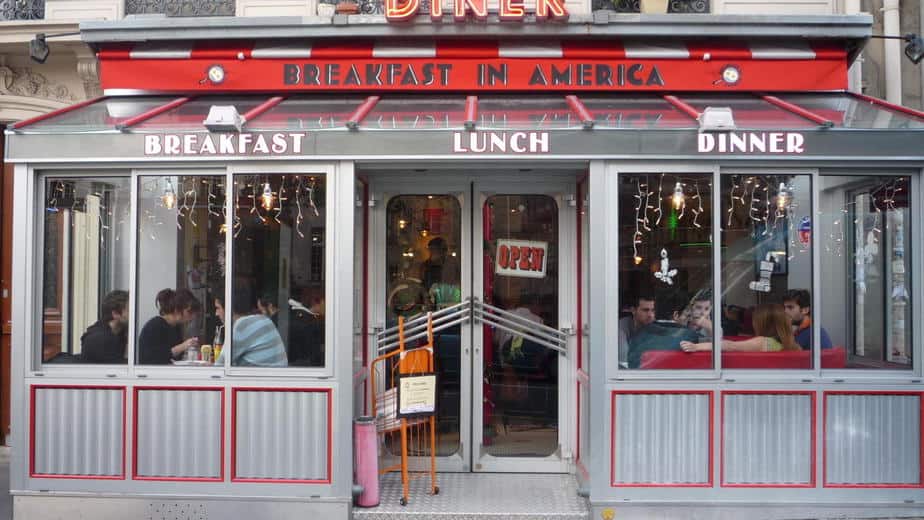 The name speaks for itself here! It wasn’t a tough decision to start out with Breakfast in America. Everybody knows this place. There are 2 locations; one is in Le Marais, right at the Saint-Paul stop on metro line 1, and the other is in the Latin Quarter, about a 10 minute walk from the Saint-Michel – Notre Dame metro stop. Breakfast in America is your typical American diner. The vibe at this place is awesome. You can get your classic bacon and eggs or a burger. They have more than just breakfast! Great comfort food, right? Also, the thing I like the most about this place is their bottomless mug o’ joe, as they call it. Order a cup of coffee for only 2.50€ and you get free refills during your meal. My waitress just kept coming over and topping off my mug; I must’ve had about 4 or 5 cups… 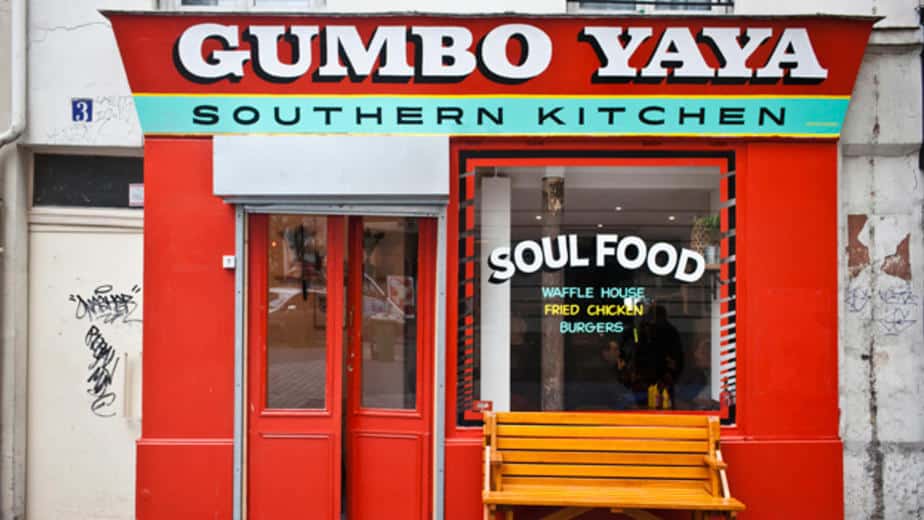 This place is the definition of a hidden gem in my opinion. It’s located right at the Colonel Fabien stop on metro line 2. Best chicken and waffles I’ve ever had, that’s for sure. I recommend the Waffle Burger. Like Breakfast in America, Gumbo Yaya has the perfect American comfort food. So if you’re a student stressing over finals or you’re just craving some good chicken and waffles, this place is a must visit. However, it can be tough to get a table sometimes. You can make reservations but only on the spot, so try to get there right at 7:30 when it opens for dinner. Otherwise be prepared to wait around (outside because it’s a tiny place) until a table clears. 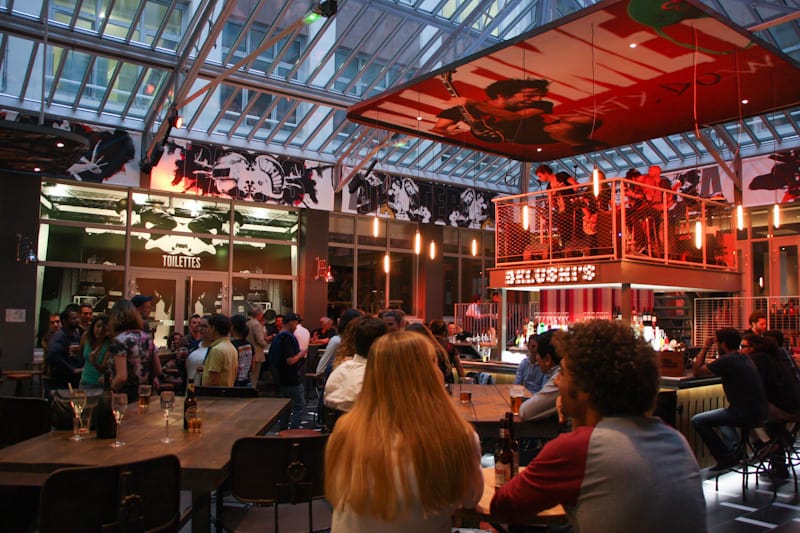 An American college student’s dream. I absolutely love this place. Belushi’s is a sports bar with two locations in Paris. One is right at Gare du Nord and the other is on Rue de Crimée in the 19th arrondissement. Both locations are always hosting American-themed events that are always promoted on their Facebook page. During the NFL season, for example, they stream games every Sunday evening so us Americans can stay up to date with the league. A couple of years ago, I watched my New England Patriots beat the Atlanta Falcons in the Super Bowl at Belushi’s Gare du Nord. It was like an American college party. The game didn’t start until midnight in Paris so my friends and I were there all night. They set up about 5 beer pong tables so I felt like I was back at school. And just last week, I had an amazing Thanksgiving dinner at Belushi’s in the 19th (they had beer pong set up there too). So if you’re an American college student studying abroad, you need to check this place out. I guarantee you it’ll make you feel right at home. 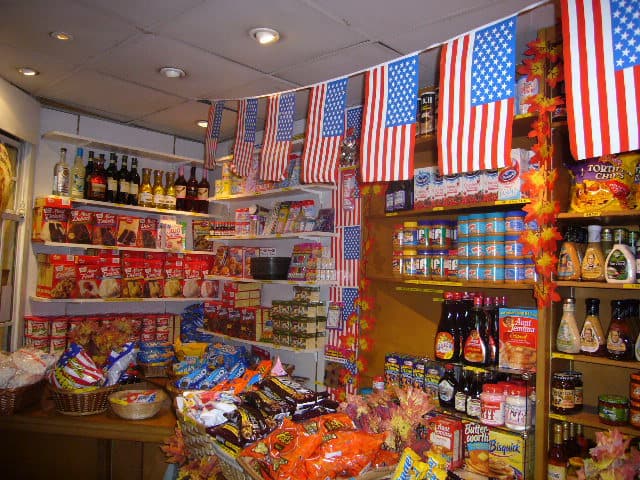 I just recently discovered this little American épicerie on Rue de Grenelle in the 7th arrondissement, but I wish I had known about it sooner. It’s only a 5 minute walk from the École Militaire stop on metro line 8. Whoever opened this store had American expats in mind because it has all the little things you can think of. Think candy such as Sour Patch Kids, several different flavors of Pop Tarts, Cinnamon Toast Crunch, and so much more. And if you’re like me and can’t live without peanut butter, then you need to go get yourself a nice tub of creamy (or crunchy) Jif. Sure, it’s not impossible to buy peanut butter in France, but you can get the authentic American stuff at The Real McCoy! The only critique I have about this place is how expensive things are. The peanut butter I bought was 9.50€ which is pretty absurd, but I’m still glad I bought it. I need that stuff. 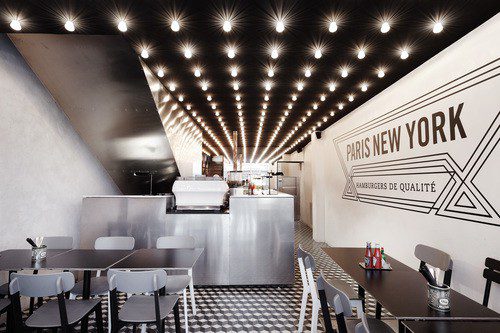 Paris New York is a fantastic burger joint with several locations around Paris. They just opened a new one called PNY Voyager near Pigalle. The other three are PNY Oberkampf, PNY Faubourg Saint-Denis, and PNY Marais. I’ve only been to the PNY Faubourg Saint-Denis, and it had an American diner kind of vibe. I loved it. And while it’s obviously better to eat at the restaurant to get the full American experience, I thought I’d let you know they deliver as well! PNY has a relatively small but reasonably priced menu (all the burgers are either 12€ or 12.50€), and the names of some of the burgers don’t disappoint: The Return of the Cowboy, Morning California, Big Mac Tribute, and Golden State of Mind. If you’re craving a burger, Paris New York is definitely the place to go. They’re open every day from noon to 3:00 and 7:00 to 11:30. It’s always busy, so go early!

And that concludes my list of some of the best places to get a true taste of America in Paris. If you’re unsatisfied for some reason, I know there are two Five Guys in Paris, one near Bercy and one on the Champs Elysées. It doesn’t get more American than Five Guys, but I still think a burger from Paris New York is better and more worth it. It’s probably cheaper too. Five Guys is outrageously priced in the United States, so I can’t imagine how much it costs in Paris. Anyway, I hope you enjoyed this article and check out some of the places on the list!