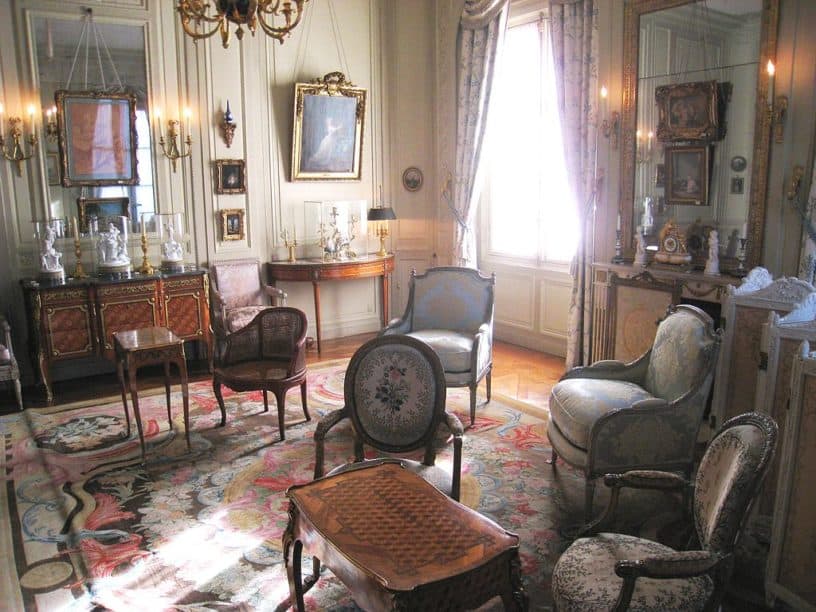 Nothing gets me quite as excited to explore Paris as the prospect of 18th century French art and furniture. As I’m sure you can imagine, this isn’t very hard to find.

Many old mansions and hotels of the affluent Parisian families from yesteryear have been transformed into museum spaces since the owners have passed on. This is good news for those of us who enjoy the experience of interiors that resemble the Palace of Versailles without having to make the day trip out there. 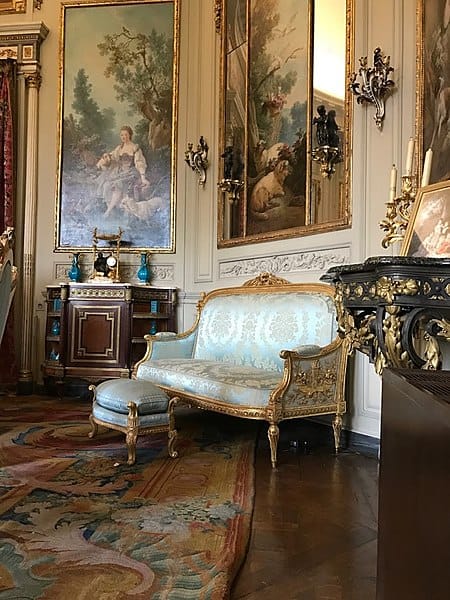 The Nissim de Camondo Museum is an exquisite Parisian home space that was inspired by the Petit Trianon at Versailles itself. Here’s what you can expect from a visit during your time in the city of love.

The Parc Monceau in Paris

Heading up from the Seine, deep into the 8th arrondissement, will eventually bring you to a beautiful public green space called the Park Monceau .

This park dates back to the 17th century in Paris. The architectural elements around the park reflect this era; there is a Renaissance archway and wrought iron gates surrounding the land.

There is children’s play area and a large lake near the park centre. The land is surrounded by beautiful 18th century buildings and residential mansions. One of those mansions is our attraction for the day: the Nissim de Camondo Museum. 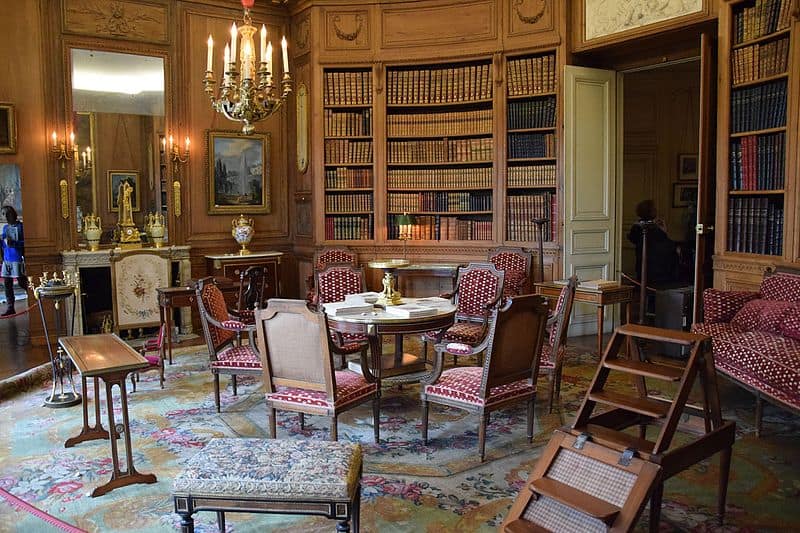 The mansion was built in 1911 by a wealthy banker named Comte Moïse de Camondo. The intention behind the home was always to be a collective space in which the family could display the objects and furniture that they owned.

Moïse tragically lost his son in World War I. After this he is said to have become a recluse in his home, rarely entertaining guests or venturing outdoors. The museum is named after his son.

Collection at the Musée Nissim de Camondo in Paris

The museum is less of a curated collection and more of a live display of decadent art, furniture, ornaments and collectables from a bygone era.

Hand carved cabinets, porcelain vases, chandeliers, tapestries from pre-Revolutionary times. The Nissim de Camondo museum even has relics that once belonged to Marie-Antoinette herself.

The museum is famous for having a display of fine Sèvres porcelain, as well as raw cabinet work from designers Riesener and Oeben. 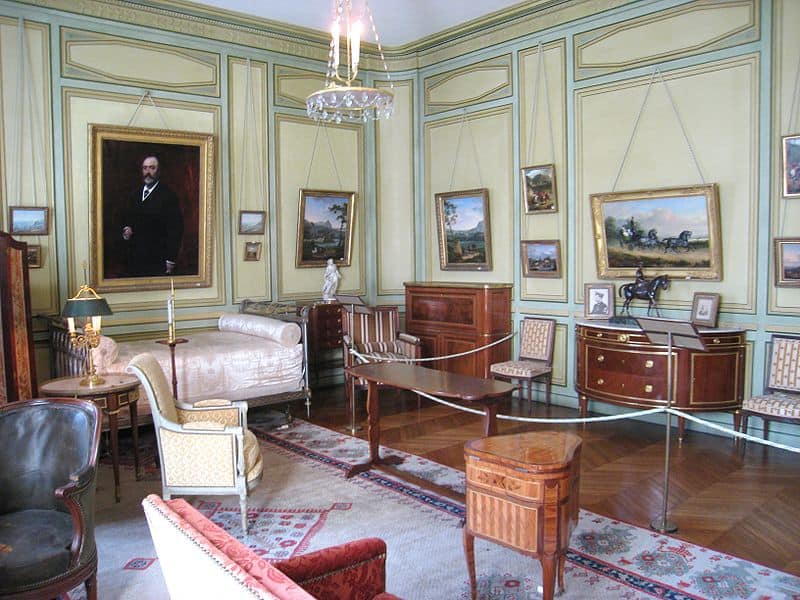 When he built the house, Moïse had the eras most “modern” of kitchens installed. Its fascinating to walk through the space and observe what design at the time considered modern, compared to what we know as modern today.

Seeing the old bathrooms was my favorite part! The tiles, mon dieu! 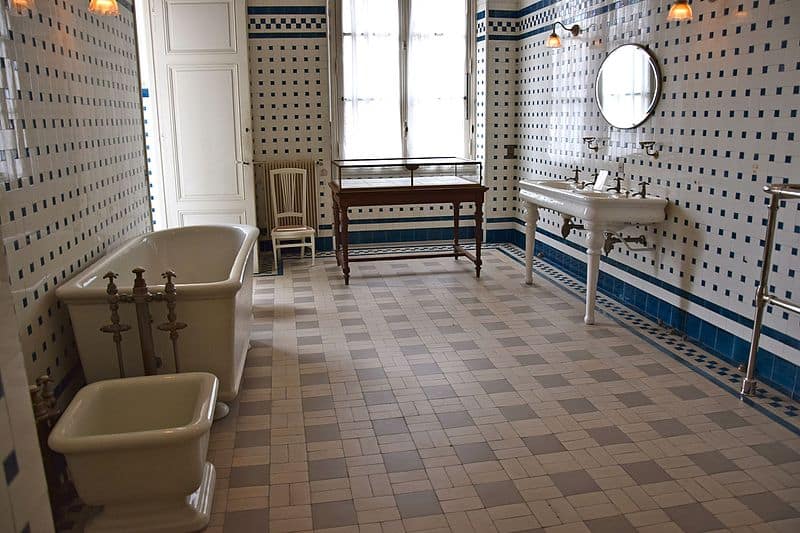 The museum is exceptionally well kept and is usually always quiet, which is rare for a museum in Paris. It remains, for the most part, exactly as it stood in terms of layout at the beginning of the century when it went from home to museum.

I recommend using one of the audio-visual guides to take you through the space; this way you get an informative aspect for the home as opposed to just a visually pleasing one.

Theatrical Visits at the Musée Nissim de Camondo in Paris

My closest experience to this was one afternoon on a free guided walking tour past the Manoir de Paris in the 10th arrondissement. This theatre production takes place in the building that was once the ceramic workshop of Choisy-le-Roi, making it a museum of sorts to some regard.

The Manoir de Paris performers sometimes take to the streets in their full horror costume and makeup, doing skits and posing with bystanders in an effort to draw crowds into the building. 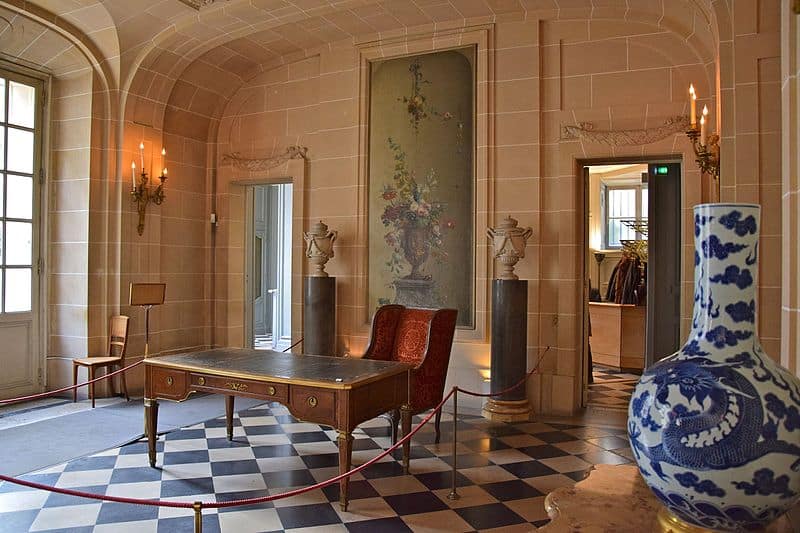 Similarly, the Nissim de Camondo museum does a museum theatre experience every year through December and January.

Instead of simply walking through the space at their leisure, visitors will make their way through the museum in groups on 15. Through each room there are choreographed skits that pertain to the room in question, showing what life may have actually been like in the home back in the day. 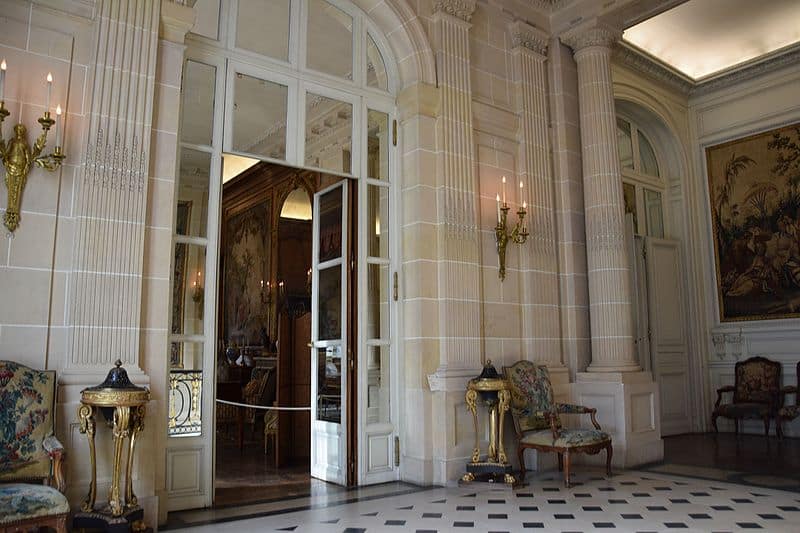 Its fascinating to experience the Nissim de Camondo museum from a “back in time” frame of reference.  The performances are only in French, however they are still highly enjoyable and, for the most part, understandable even if you can’t speak a word!

Similar Museums to the Musée Nissim de Camondo in Paris

Opulent home-style museums like the Nissim de Camondo run in high demand in Paris. There is one of similar intent in almost every arrondissement; the intention to show the living conditions/home collections of the well off families from the earlier centuries.

There are two more like the Nissim de Camondo that I would hold to the esteem and quality. The first is the Musée Jacquemart-André in the Haussmann mansion in the 8th arrondissement; and the second is the Cognacq-Jay Museum in the old Hotel Donon in Paris’ 3rd. 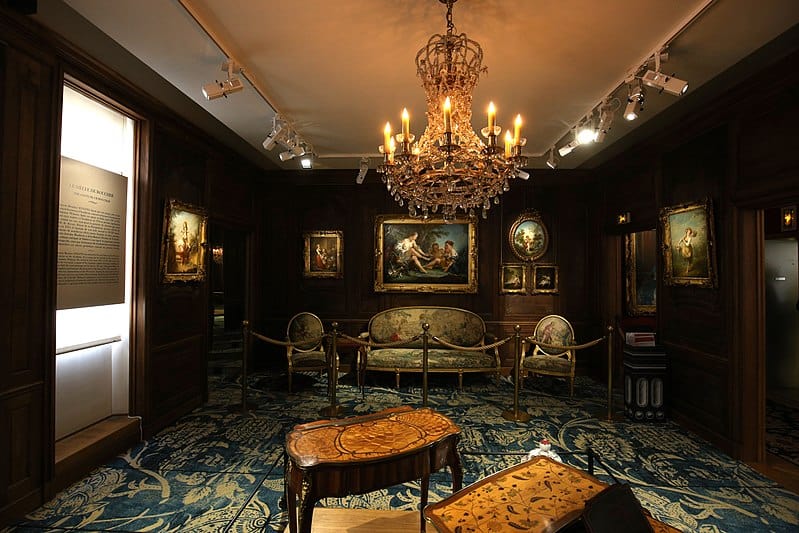 They are grand displays of 18th century art, furniture and architecture. Artifacts from history preserved in a safe, curated environment that aims to educate instead of simply showcase. I recommend a visit to both if you can find the time!

OPENING HOURS: Tuesday TO SUNDAY – 10AM TO 6PM