Lisbon - Outside Lisbon, Lisbon – Activities and Things to do 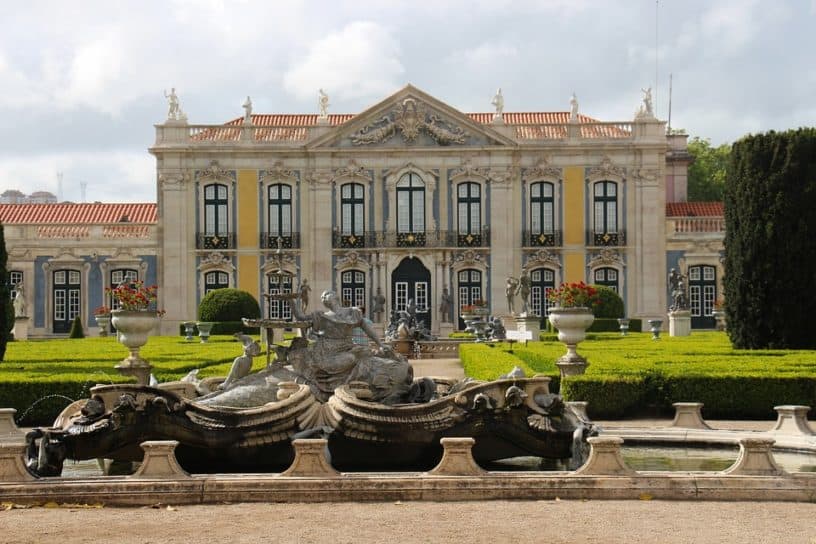 The Queluz National Palace (Palácio Nacional de Queluz) is an XVIII century palace located in the city of Queluz, near Lisbon in the Sintra region 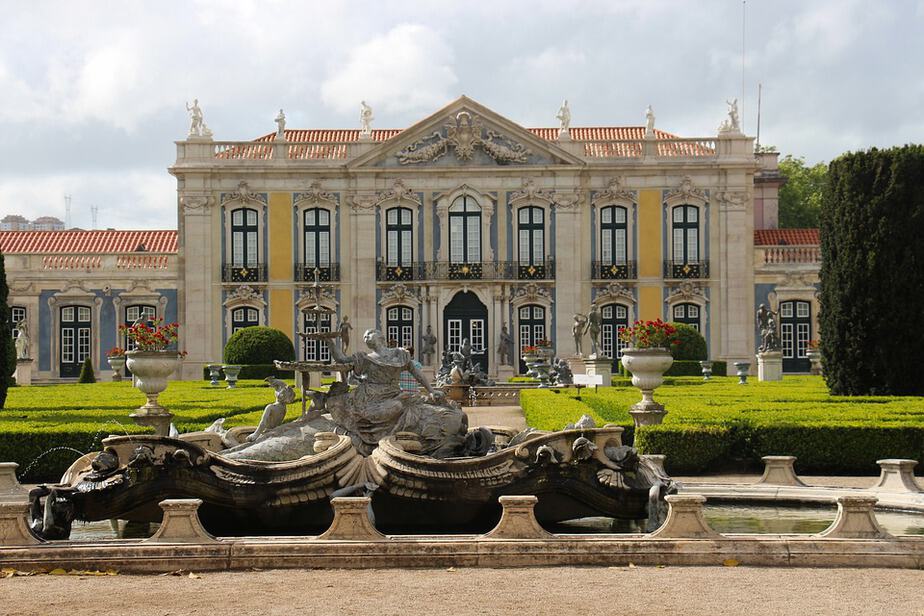 Between Lisbon and Sintra lies the National Queluz Palace and its historic gardens, which are one of the best examples of a harmonious connection between the palace architecture and the landscape of Portugal.

The Queluz Palace was built in 1747 and is a large pink-painted building, rococo, inspired by Versailles.

Originally created as a holiday home, it was the official residence of the royal family in the 18th century, which left the Palace of Queluz during the French invasion, taking most of the contents of the palace. However, its interior has been preserved and repaired over the years, and this gives a clear idea of how the royal king lived to those who visit the palace.

The gardens are also very beautiful, with baroque fountains and stone sculptures, allowing you to travel back in time. Today, the palace is used for visits by heads of state, and also holds gala evenings and concerts because of the stunning acoustics of the music room. It was classified as a national monument in 1910. 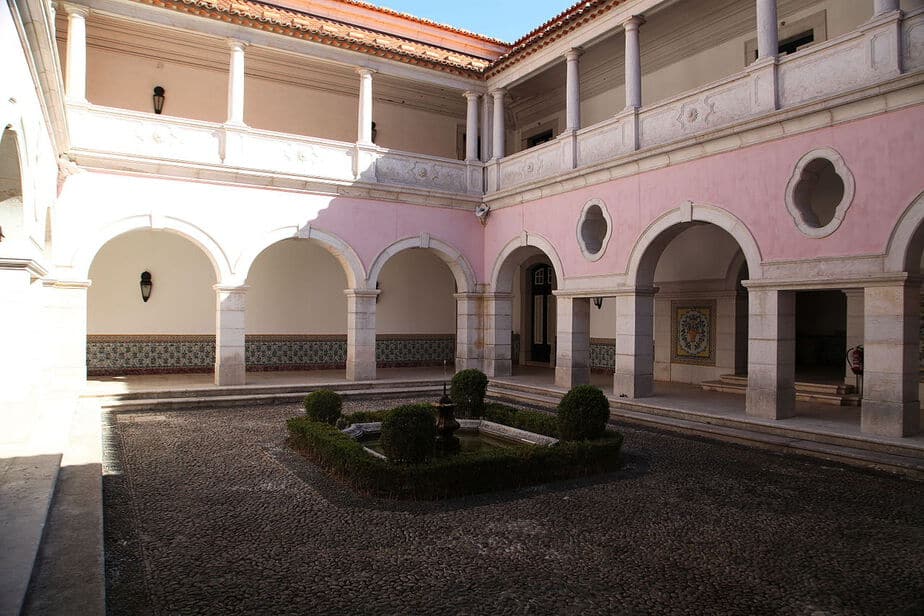 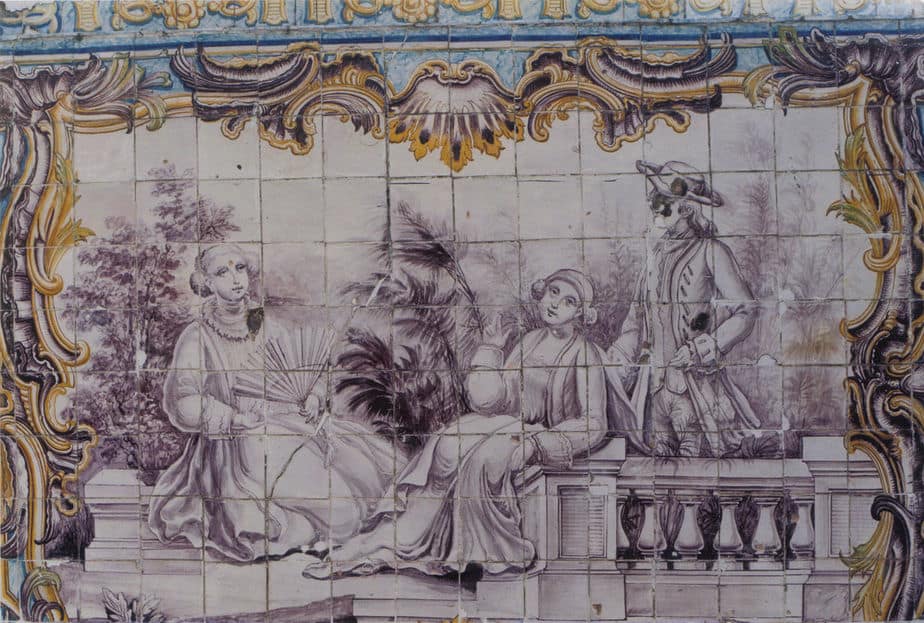 During the reign of Queen Maria II, since 1834, Palácio das Necessidades in Lisbon became the official residence of the Portuguese royal family, and Queluz Palace gradually began to decline.

In 1910, Queluz Palace was classified as a National Monument. In 1934, it was badly damaged by a fire and then restored. Nowadays, the palace is open to tourists, despite the fact that it is customary to place heads of foreign governments visiting Portugal in one of the pavilions of the palace.

Interior and gardens of Queluz Palace 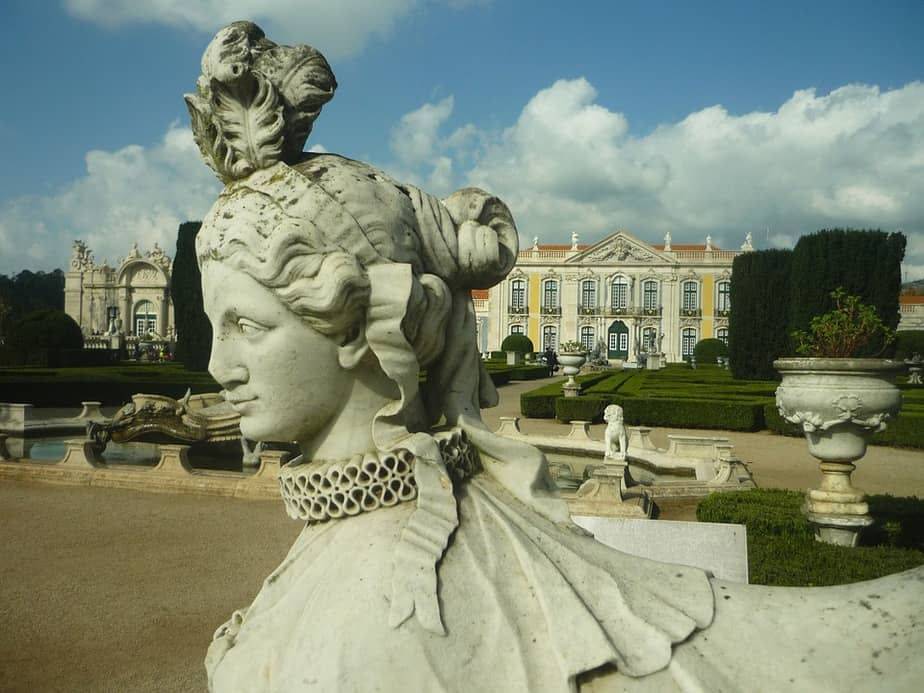 The architectural features of the palace reflect rococo, baroque and neo-classical styles. On the plan, the palace resembles the letter L and has 22 rooms (bedrooms, living rooms, dining and throne rooms, etc.), a courtyard (patio), a kitchen, a chapel with an organ. All rooms are beautifully decorated and filled with art objects from France, England, and other countries. Here you can see exquisite porcelain, gilded statues, paintings, furniture from royal times, cutlery and even chic Venetian glass chandeliers.

The Throne Hall, where thematic and stylized antique balls are held today, is worthy of special attention. The Hall of Music was completely renovated in 2001. Special attention is given to the vaulted ceiling with frescoes, walls decorated with mirrors in gilded frames, parquet made of precious wood or marble.

Outside, the palace is framed by symmetrical gardens with fountains and statues based on ancient mythology (and not only), with labyrinths of hedges. There is also an azulejo channel, lined with traditional Portuguese ceramic tiles, designed for boating.

What to see at the Queluz Palace

Each room of the Queluz palace worthy of being examined in detail and with interest. But a few of them stand out especially. First of all, it is the Throne Room. It is one of the most spacious among all the rooms.

The creation of its rich decoration was timed to the wedding of Pedro III and the future Queen Mary I. A whole team of carvers led by Sylvester de Faria Lobo worked on decorating the walls and ceiling. Periodically, this hall served as a church: it was here that some royal heirs were baptized. Today, the room serves for official receptions and banquets at the highest level. There are also concerts of classical music.

The Throne room is connected to another hall – Musical. It is one of the most ancient in the Queluz residence. Earlier here they gave operas and musician performances for the monarch’s family. The room is decorated with carvings and massive chandeliers.

The remaining rooms also deserve attention: the chapel, the dining room, the archers’ hall, the royal bedrooms, and the queen’s toilet room. And this is not the whole list.

The Queluz Garden is also of interest to visitors. His sculptures are especially entertaining: here is a collection of works by British sculptor John Chir. Statues made of bronze personally ordered by King Pedro III.

Opening hours and ticket prices at the palace

To get inside, you need to pay for the entrance 9 euros. The price of a children’s ticket and a ticket for the elderly (over 65) is 7.5 euros. Inspection of the Queluz gardens will cost 4 euros for an adult and 3 euros for a child. Family tickets for 2 adults and 2 children cost 32 and 12 euros, respectively, which are also provided for visiting the palace and for visiting the garden.

This is one of the most beautiful and interesting palaces in Portugal. Once in Lisbon, this is your duty to visit this picturesque area outside the capital. The Garden will sweep you off your feet because of its beauty and richness.

If you are a fan of photography and were planning to come back with tons of unforgettable selfies, this is the right place for you. Even if you are traveling with a family – this palace is something that you will remember for a very long time.  Just don’t forget to get equipped with a bottle of water and get the most comfortable shoes, because the trip will take the whole day.