A Historical Guide to Versailles 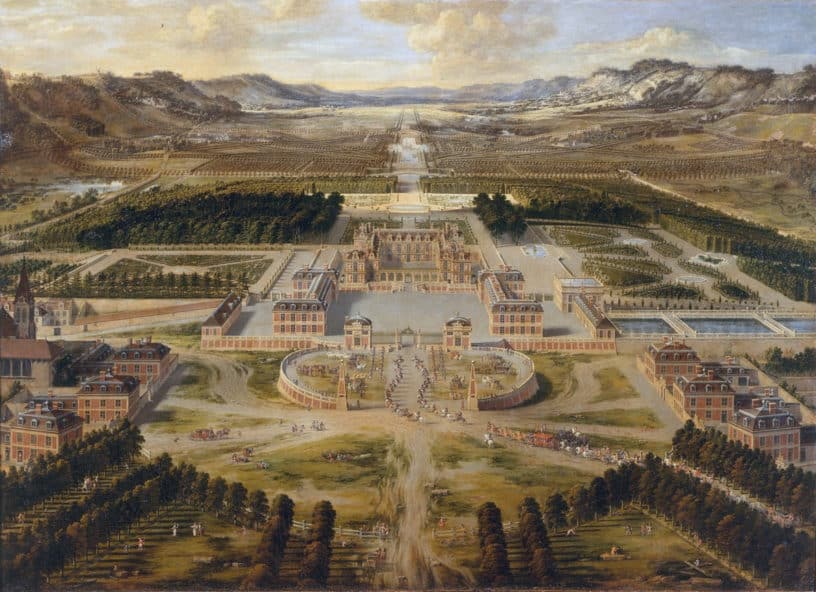 A Historical Guide to Versailles

The Palace of Versailles is one of the most awe-inspiring monuments in the Ile-de-France region. Its gold trimmed chambers, glass chandeliers, hall of mirrors and beautifully manicured gardens send us reeling back to the time of royalty and lavish living. The gardens span over 2,000 acres and contain numerous fountains, mysteries and stories. Tag along to discover more about the history, stories and myths that have taken place in the Palace of Versailles. 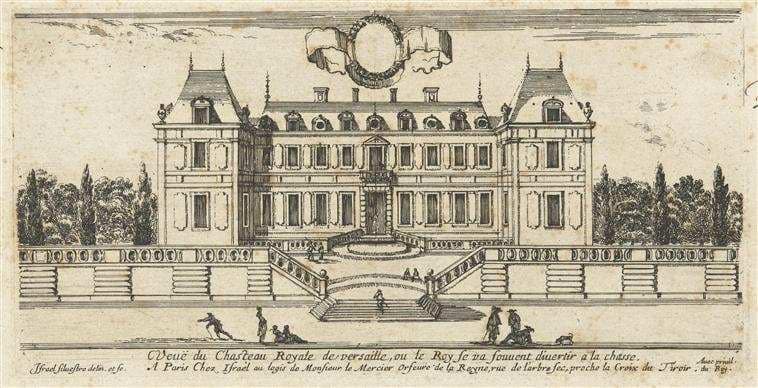 The history of Versailles is long and winding. Before the palace was erected, the space was home to a small forested village just 40 km outside of the city of Paris. The surrounding forest was teeming with all different types of game and thus drew the attention of the ancient French kings.

The village was used by the royal family for many years before being turned into the famous palace that it is today. There was a little inn that King Henry  IV used to stay at while away from the city on hunting trips.

This love of the village and hunting was passed down to his son, King Louis XIII, who, in turn, spent a great deals of time in the little village. In 1610, Louis XIII bought a small piece of land and began building a “relatively” humble hunting lodge.

After a period known as the Day of the Dupes (more on this story later) the king sought refuge and found safe haven in his two-story hunting lodge. After this, the king decided to expand the gardens and turn the lodge into a thriving castle. The first step in creating the magnificent Chateau de Versailles. 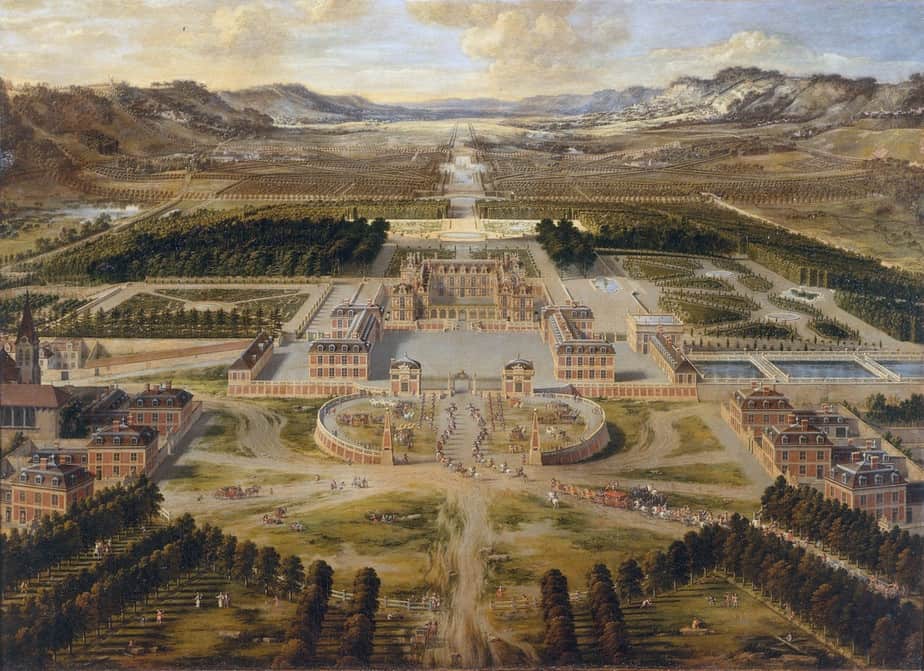 The palace in 1668 during the first reconstruction. (Painting by Pierre Patel)

In 1651, Louis XIV, famous for his flare for all things exuberant and lavish, put in place a plan to transform the chateau into one of the greatest castles in France. It was to be used as a place to throw parties and events that were suited for the king.

The palace was to undergo one more mass enlargement of the gardens, buildings, and interior design before finally resting in its current size and state. The chateau was passed on to the new king, Louis XV, in 1715, when at only five years old he became the heir to the thrown.

Louis XV made a few minor restorations to the palace but left the rest untouched, true to his father’s wishes. The thrown and the palace was once again passed down to King Louis XVI and Queen Mary Antionette until the inevitable revolution when they were turned out of the palace, leaving it to be ransacked and auctioned off by the revolutionary government.

Day of the Dupes 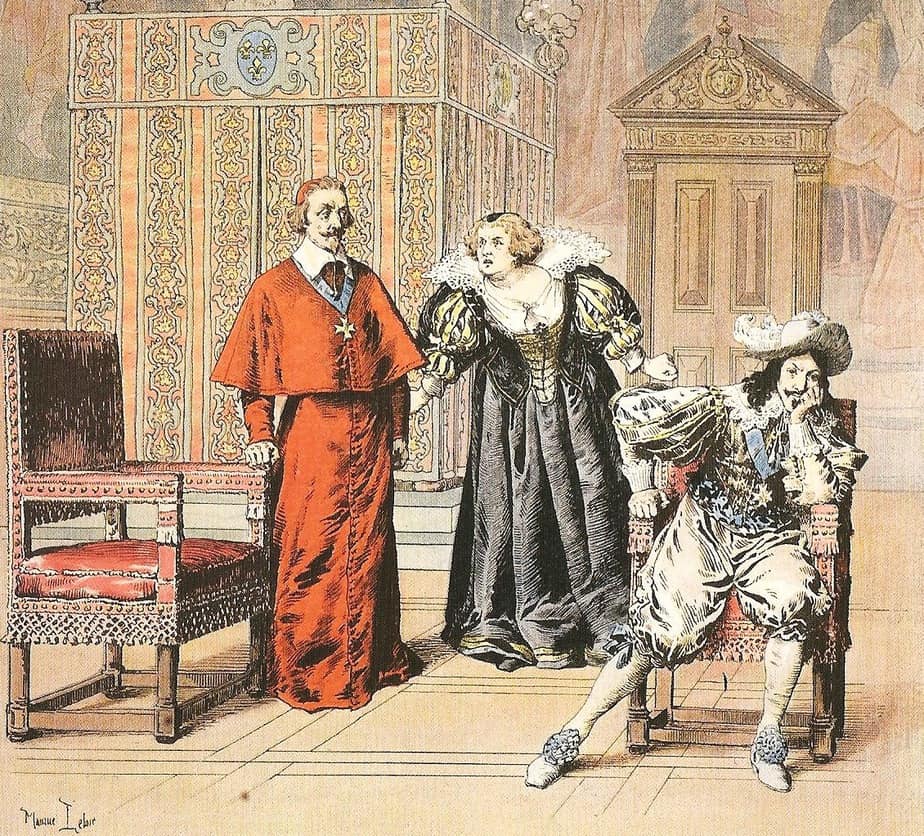 In 1616, Queen María de Médici ruled France from within the Palace of Luxembourg. At this time the Palace of Versailles was still a small hunting lodge used by her son, King Louis XIII, when he wanted to leave the city.

After being exiled by her son and sent to live in the woods, María de Médici returned and took her place beside Louis XIII and his bishopric, Cardinal Richelieu. Things were going well until the former queen began feeling threatened by Richelieu.

In the November of 1630, Marie de’ Medici led a revolt against her son and Richelieu. King Louis XIII sought refuge in his small hunting lodge that would soon be turned into a palace. Day of the Dupes refers to the single day when it looked as if the coup had been successful.

It ultimately proved futile and the queen, mother of King Louis XIII, was once again banished by her son from the kingdom of France. King Louis’s retreat to his hunting lodge would prove to be the catalyst for the construction of the Chateau de Versailles.

A palace under siege 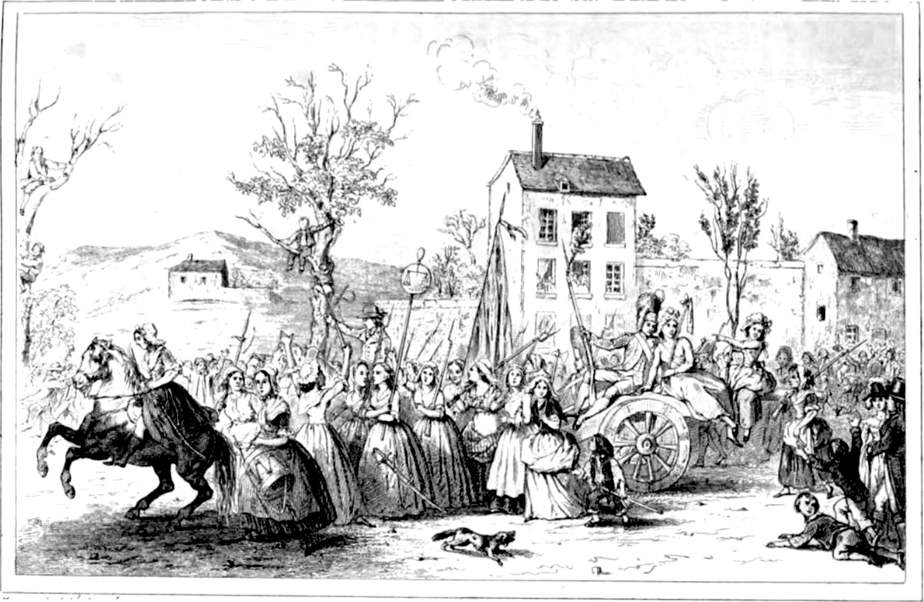 Women march to Versailles with the praise of onlookers, October 1789

The Palace de Versailles was only to be lived in by two generations before the French Revolution was to drastically alter the balance of power and future of the Royal Family.

In 1789 the state of poverty in France had reached in all time high. Many people were starving while they watched nobles and the Royal Family filling themselves to their hearts content.

Needless to say, this cultivated mass anger that manifested itself on the morning of October 5th. Angered by the scarcity and expense of bread, women working at the Parisian markets rose up and began marching towards Versailles.

They were quickly joined by other revolutionary groups which were also searching for justice and the downfall of the monarchy. Fueled by injustice, guns and cannons, the revolutionary rebels marched over six hours until finally reaching the gates of the palace.

Louis XVI and Queen Mary Antionette were aware of the growing unrest in the country as well as the violent outbursts that had already taken place at Bastille. They were, however, caught off-guard by the swarms of angry protesters in their beautiful gardens. 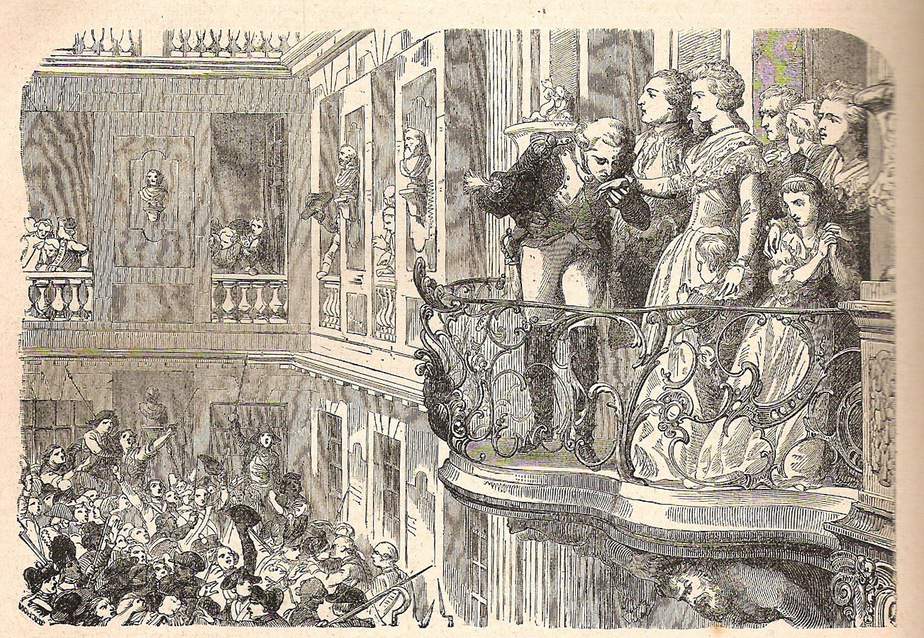 King Louis XVI, frightened by the unrest, promised to agree to the demands made by the crowd and the Declaration of the Rights of Man. Many of the protesters, despite the forced promise of the king, were not satisfied with the king’s proposal and were wary of the Queen’s influence over the newly made agreement.

Early the next morning, a small unguarded gate to the palace was found and protesters surged in. Once inside the palace they began searching for the bedchamber of Queen Mary Antoinette. Mary Antoinette managed to escape thanks to the protection of the royal guards.

The guards killed a young member of the invaders and thus sparked even more fury. The protesters began malling the guards, eventually killing a small number of them and then placing their decapitated heads upon a spike. The protesters then escorted the royal family back to Paris, happy to have reclaimed the king for the people.

Ghosts in the gardens 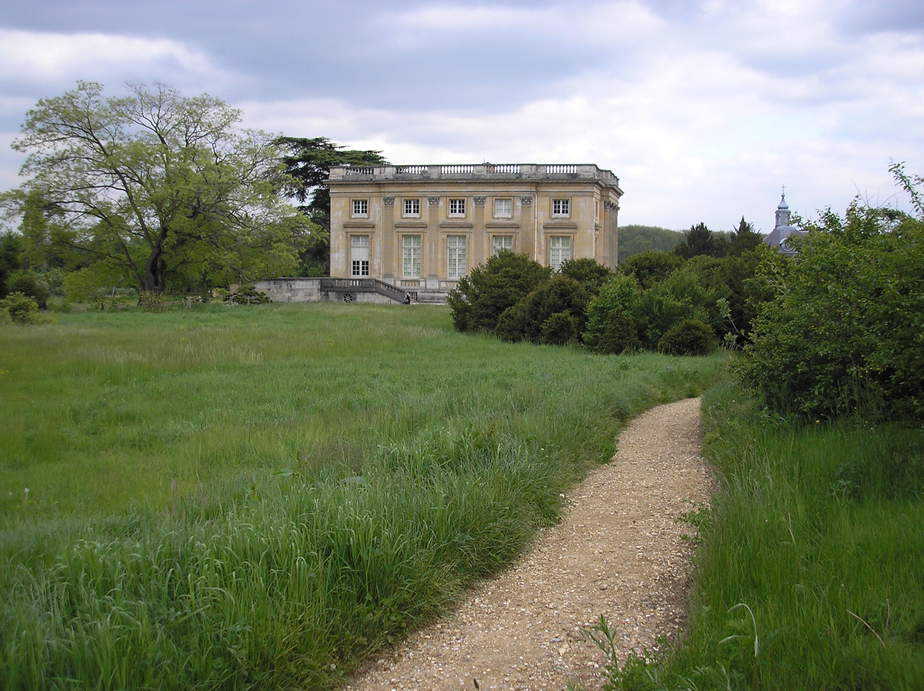 The story of the school teachers who wondered back in time is perhaps the most famous and most puzzling ghost story that has come out of the gardens of Versailles.

The mysterious story comes from two English school teachers who were on vacation in France in 1901. Like many tourists, they desired to see the famous Chateau de Versailles and decided to take advantage of the warm August weather and wander through the vast gardens.

After milling about the central palace, the two women turned their attention to the gardens and started walking towards the Petit Trianon where Mary Antoinette was known to spend her time.

After missing their turn on the way home, they began to feel a change in atmosphere and noticed some things that seemed out of place. They came upon men dressed in 18th century attire as well as another man plagued with what looked to be smallpox.

After becoming even more lost, they were guided by a tall man, also dressed in period clothing, across a bridge to the Petit Trianon. It was there that they claimed to have seen a women with fair hair and a light dress lounging in the gardens. The women claimed that this lady was Mary Antoinette, just days before her execution.

They did not speak to each other about the events until a week later when they retold their stories and were amazed at the similarities and the mysteries that surrounded it.

The story still retains its fascination and people are hesitant to dismiss what the women saw. For one thing, there was very little motivation for them to lie. They published a book about their experience under anonymous authors, leading people to believe that they simply slipped into another time due to inexplicable circumstances.

Others, however, are skeptical and claim that the question to be asking is not about ghosts at Versailles but rather about the psychology of the school teachers. There are also some that believe they might have witnessed a party of people dressing in period costume.

Whatever is true, the story of the time slip, much like the historical palace itself, has captured the imagination of tourists and historians alike.

Make sure to visit the palace to find more about the history and myths wallowing inside and outside the walls of Chateau de Versailles.