A guide to watching French TV 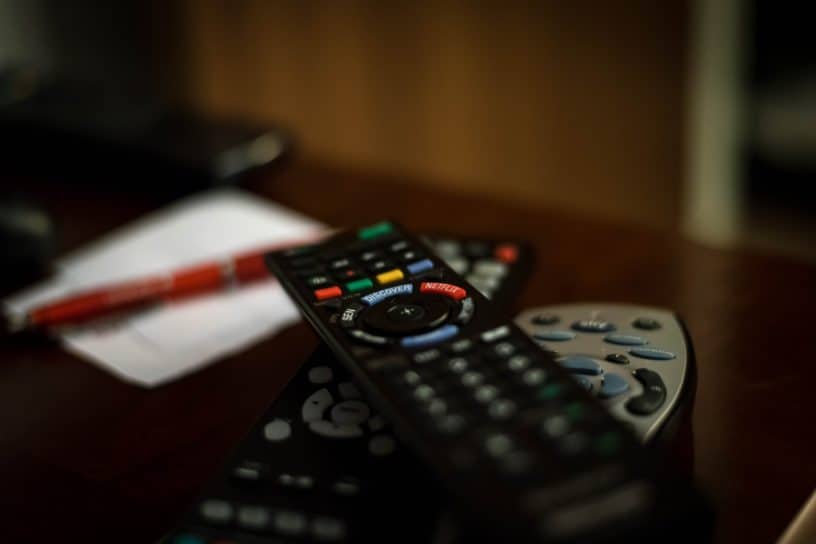 A guide to watching French TV

Whether you are travelling to France, or moving here, there might be a point when you decide to watch television (or even get television!)

Here are ten things to know before you crash your French friends’s couch to watch the small screen. 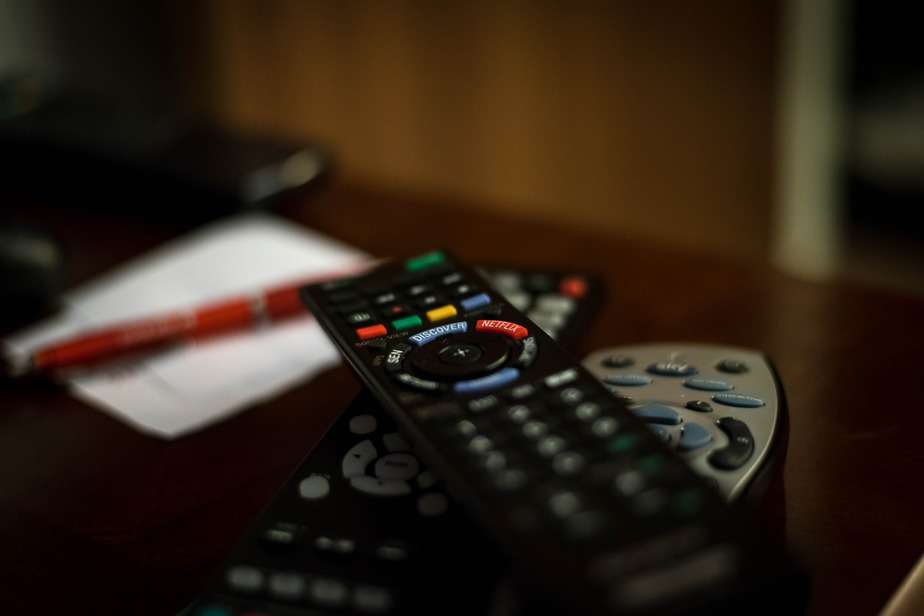 To make it simple, TNT channels are the 27 basic channels you can receive in France.

There are three main ways to receive television channels in France.

Satellite television opens access to hundreds of television channels. It once was a very big thing in France. Although it seems to be an ideal solution, the costs, complexity and visual pollution of parabolic equipment, as well as reception complications in some remote areas, has made it strongly decline in the past ten years.

Wire television (by cable, ADSL or optical fiber) gives access to hundreds of television channels as well, but without the disadvantage of placing a parabolic antenna on your rooftop, and with a higher HD quality. It is now one of the preferred way French people receive television.

Those two means of reception are usually quite familiar with you, wherever you come from.

However, you may also encounter another type of reception, known in France as TNT. This acronym stands for Télévision Numérique Terrestre (Digital Terrestrial Television). This type of reception gives you free access to 27 national channels, provided your television set is recent enough (older sets can receive TNT with a special adaptator). This means of reception is now the standard one in France. Basically, if you have a television set on French soil, chances are you will at least have access to these 27 channels. You should be aware of this TNT name, and which channels are included in it, as some TV guides only cover these 27 channels. Also, if you go to a French hotel, you can probably expect to have access to the TNT channels.

Satellite and wire television come as an addition to the base TNT channels.

2. My phone provider also offers TV, is this worth it?

If you settle in France (or stay with a friend here), your French phone provider will probably offer a complete plan including mobile phone services, access to the internet, and wire television. In France, wire television is almost-exclusively received via these phone providers.

The access to the internet and television generally involves setting up a “box” at your home. It is now quite complicated to purchase a phone plan without the other two benefits. Most plans cost between 30 and 70 euros a month.

These complete deal plans are usually quite worth it, as it gives you access to high-definition wire television (usually ADSL or fiber) without additional costs.

You should be aware of a few things before accepting though:

3. The Big Four and other national channels

Amidst the wide array of channels available, you should at least know the “Big Four”.

Once upon a time, the French only had access to one, then three, then six channels… Out of these six “historical” channels, four still gather the largest chunk of the audience.

These are the following:

If you want to go beyond these four channels, you may also see the following channels which are TNT channels:

These channels are accessible via the TNT. You may also find additional channels via wire television or satellite among which:

4. Is there a channel that deals with the local events? 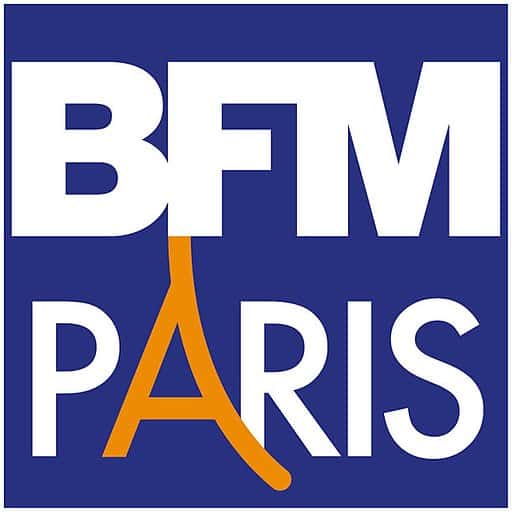 If you receive TV via a “box”, you probably have access to a TV-grid allowing you to see what’s on every day.

If you are not comfortable with online grids, several TV guide magazines are available at local newsstands, and at the cashier desks of most supermarkets.

It is rather complicated to tell you what not to miss since it all depends on what you like! However, these will help you better read the program grid, especially that of the Big Four, and – more importantly – not look completely lost at the coffee machine…

If you like the news, the 8.00PM news is the main news slot on most channels (the main ones being that of TF1 and France 2), in France. The French really follow Politics. Therefore, whenever there is a political debate, or a televised speech by the President, I recommend you watch or at least read a summary, because chances are you will hear from it. If you are lucky to be in France during a presidential election, do not miss the winner announcement at 8.00PM sharp on most channels! It is always a big TV moment.

TMC, C8, France 2 and Canal+ usually turn their access slot (7-8PM) towards talk shows discussing culture, celebs and the news in a funnier way, such as Quotidien or Touche Pas à Mon Poste.

If you have kids, know that in the morning, the Big Four usually broadcast programs for young audiences waiting to go to school, before 9.00AM.

On TF1, Sunday evening is usually a movie night. So is Monday night on M6.

Fridays and Saturdays are often entertainment nights on TF1 and M6. Among the key programs that gather very large audiences, you may find Koh Lanta (the French version of Survivor), or The Voice on TF1, Top Chef (cuisine program), or L’amour est dans le Pré (a program on which farmers try to find love) on M6 …

Of course, football (Soccer if you are from the US) is always the very main TV event. You may hear many of your neighbors scream if there is a prestigious game. In 2018, the very best audiences were those of the world cup games. At least keep yourself up to date on these subject! In June, you may also see the tennis French Open (Roland Garros) live on France 2 and France 3 all afternoon. The Olympics, and the yearly Tour de France are also broadcasted on these two channels. 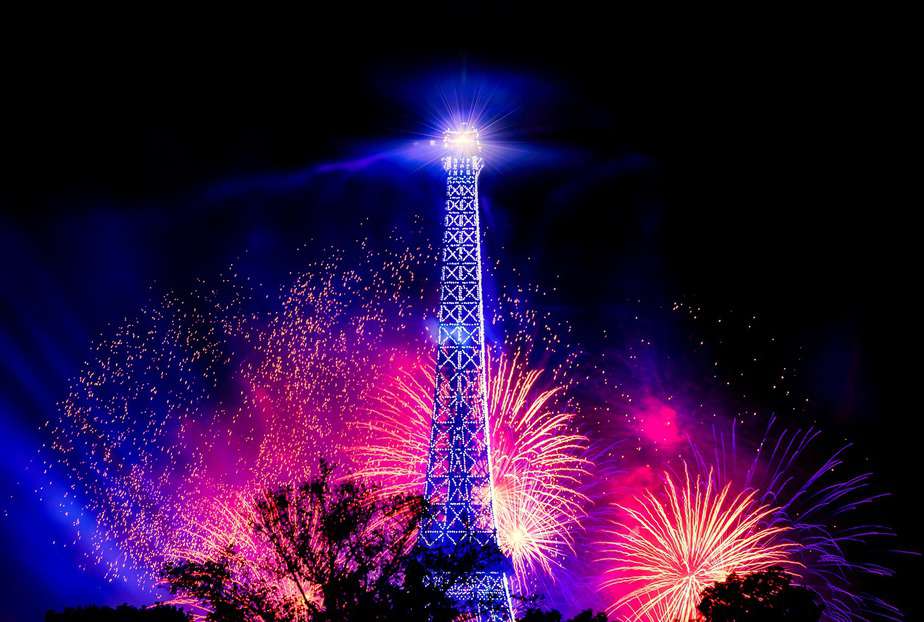 If you are watching a show with your kids, don’t forget to check at the bottom of the screen. If you see a small circle logo with “-12”, “-16” or “-18”, this means what you are watching is not advised for audiences below the indicated age.

7. What if you missed something?

If you missed something, fear not! Most television channels offer free catch-up TV, for a period of time usually ranging from 7 days to a few weeks. You may access these catch-up channels (known as Replay in France) directly from you “box” or from the websites of each television channels.

Also, look for “rediffusion” or “redif” indications on TV Guides. They indicate a program that is broadcasted another time, while it already aired in the past.

Most television channels of the TNT belong to one of the following groups of channels:

This comes handy when you want to find a program on catch-up TV as most catch-up services are organized based on the channel groups and not by single channels.

Also, if you have been watching big sports events on France 2 or France 3 (the Olympics, Roland Garros, the Tour de France…) you may have been startled by the fact that you frequently have to switch between France 2 and France 3 (and sometimes France 4) to watch the whole coverage. Since all these channels belong to the France Télévisions group, the sports events are usually divided among these channels in order to cover the whole event without having to disrupt TV grids too much. Therefore, it is quite common that big events coverages ask you to switch channels if you want to continue watching, after a few hours. 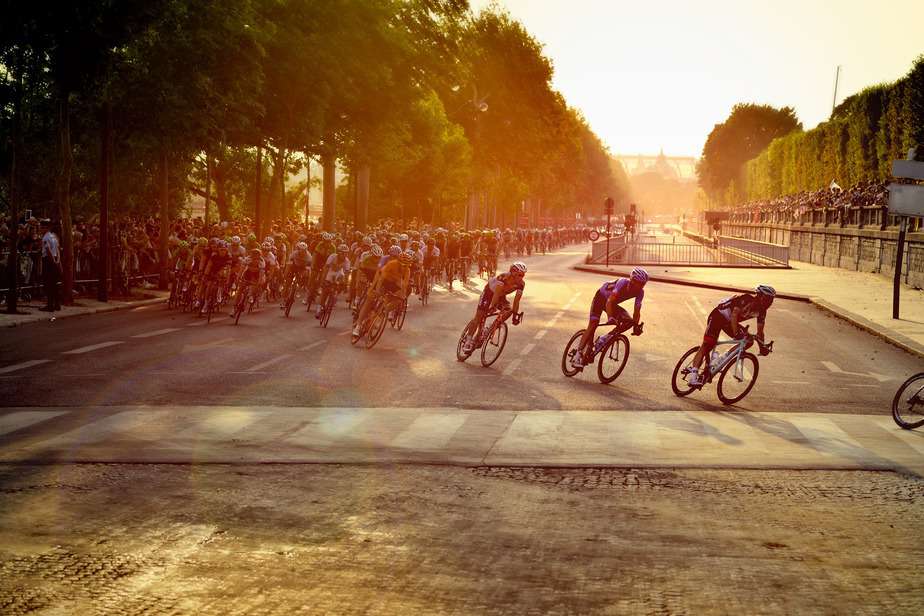 Huge television means are used to broadcast beautiful pictures of the Tour de France across all channels of the France Televisions Group – source : Pixabay.com CC0

Of course, satellite and wire television require a subscription fee.

But what about TNT? Well, technically you may receive TNT directly by plugging your compatible TV into your TV antenna socket, in the wall…which is free. However, there is a license-fee to pay for to the tax office, once a year, if your house is equipped with at least one TV screen. This license fee is currently being discussed to be enlarged to all screens and not just TV ones, since more and more people watch TV from their computer. If you reside in Metropolitan France (Mainland and Corsica) the fee is 139€ a year, while it is 89€ in the overseas territories.

10. Where can I watch programs in English? A guide to languages on French TV

In France, most programs are in French or dubbed in French. Thanks to digital television, you may now switch to English or any original version, by using your television set or “box” functionalities, provided the program is available in Multilingual version (identified by a small “VM” logo) .

If you want to see your home country channels, you will need to pay for a wire or satellite television plan.

Among French pay-TV channels, you may watch France 24 or Euronews in English.

I hope you now understand better French television. However, with the spring sunny days coming back, why stay indoors and watch TV.? Why not, go out to the streets and take one of our Paris guided tours! Click here to know more.