Paris - Activities & things to do, Paris - By month, Paris - Food & restaurants, Paris - Shopping, Paris - What you need to know before coming to Paris

A guide to dumpster diving in Paris 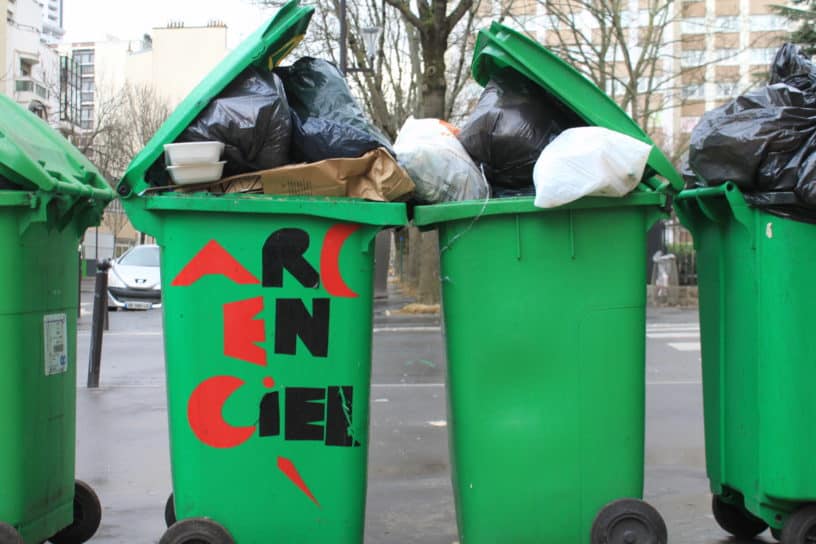 A guide to dumpster diving in Paris 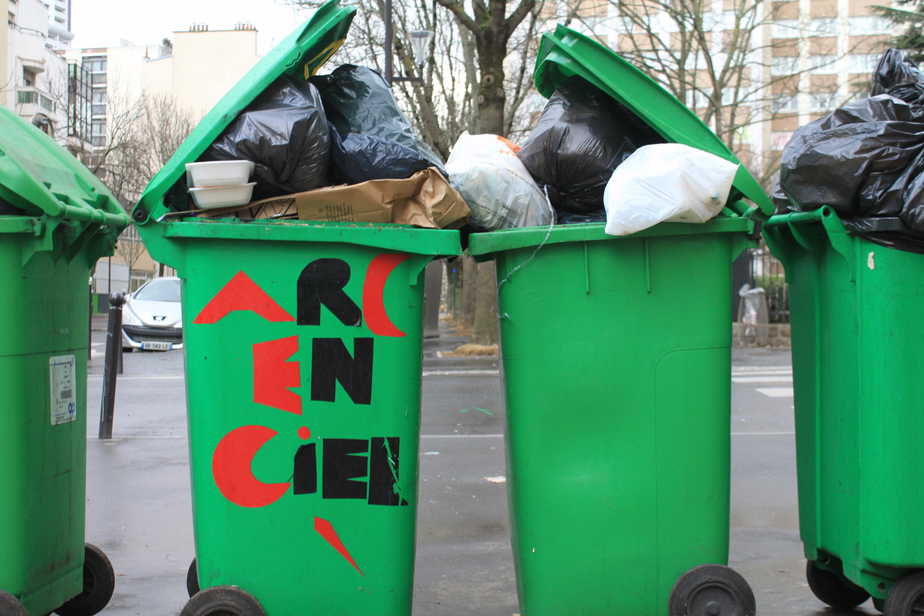 It widely known that the French have a love affair with food. Bœuf bourguignon, Coq au vin, croissants, escargot, crêpes, fondue, tartiflette, ratatouille, cheese, some more cheese, french toast and many others have all come from the prideful home of the French kitchen. One quick google search will lead to the discovery of thousands of five-star restaurants, bistros and cafés, specializing in all different flavors and styles of cuisine. They have only two things in common: the expense, and the trash bin that they keep out back. Take a deep breath because in this article we are going to be digging into the generous world of Parisian garbage (pun unfortunately intended).

Food waste in France and the world 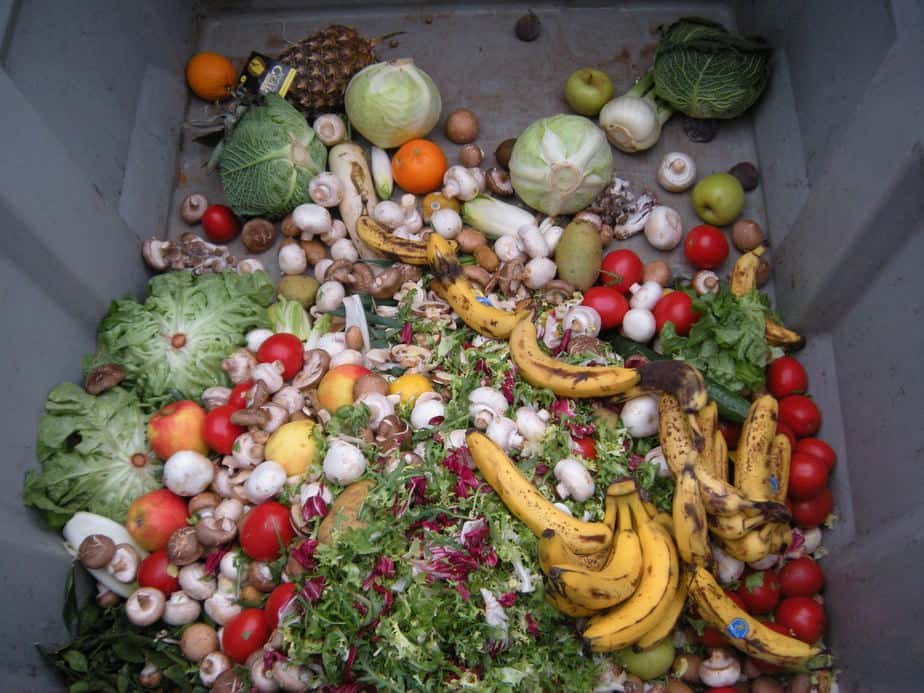 In 2017 it was estimated that nearly one third of the world’s food, often still fit for consumption, is lost or thrown away. In industrialized countries that adds up to an average of 680 billion US dollars tossed in the bin and then taken away by dump trucks. The average of the United States is even higher, wasting close to fifty percent of all produced food. 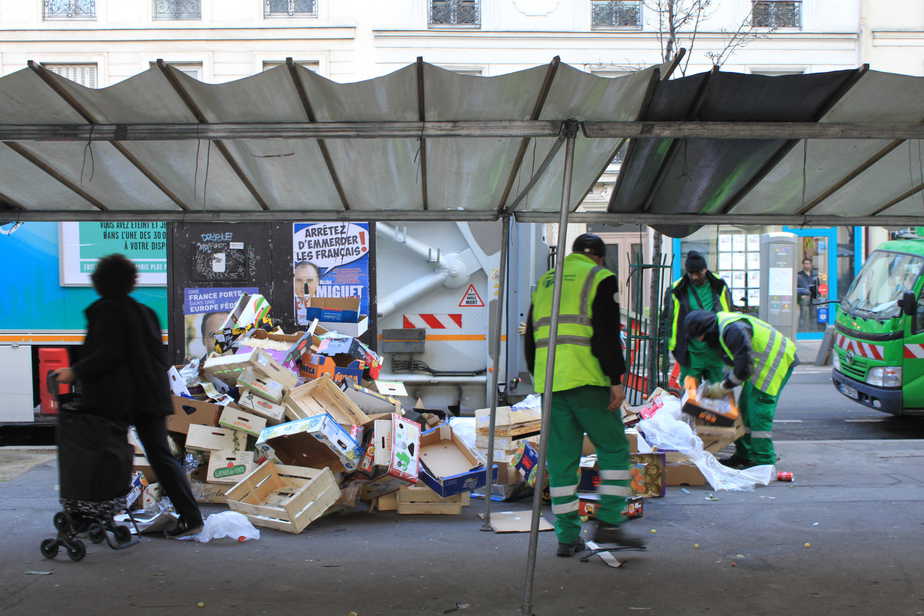 After the market is concluded, the garbage men come to take what is left over

Thanks to the French government and their relatively new food disposal laws, France has become the world’s leader in curbing food waste. In 2016, the French government enacted a law banning the destruction or wasteful disposal of unsold food. Large amounts of soon-to-be-expired food used to be thrown away, but now, in accordance to the law, this food is donated to charities or food banks. All this has greatly diminished food waste in France, but that does not mean that Parisian dumpsters have nothing left to offer.

Dumpster diving as a viable solution 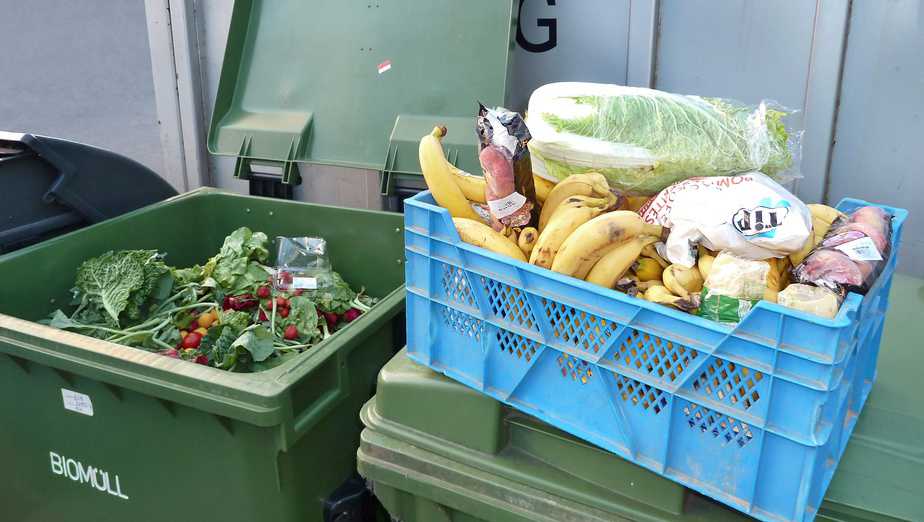 If you are coming to the expensive city and don’t want to wind up broke, there are many ways – dumpster diving is only one solution – to fully experience Paris on a budget. Check out our article on other affordable ways to visit Paris.

The first time I went I was both amazed and slightly disgusted at the treasures that were so lackadaisically tossed out. Even more outstanding was the total lack of awareness I had towards diving before a friend suggested I try it. Whilst awareness towards the wealth of dumpsters is increasing, dumpster diving still remains in the periphery of Parisian conscience.

Where, how, and when to go dumpster diving 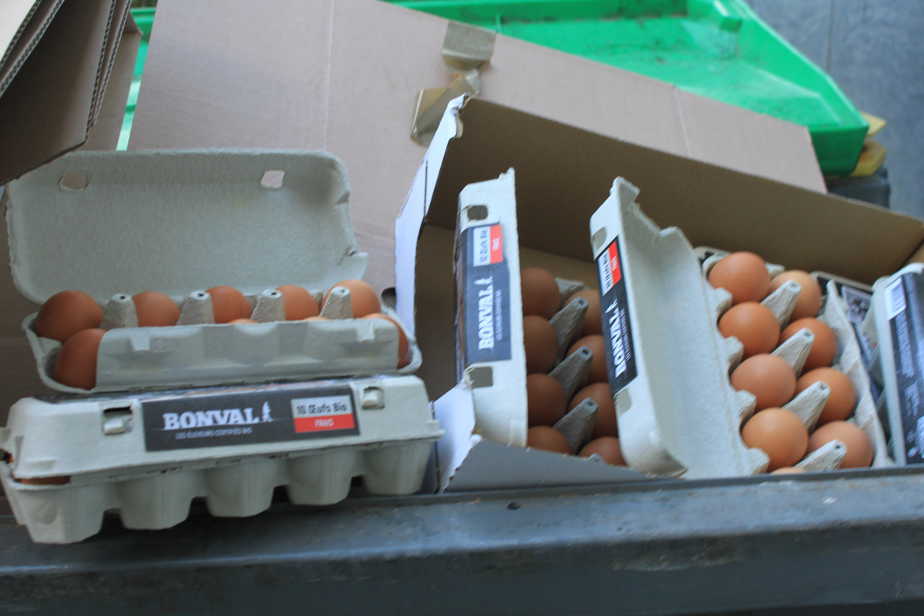 On any given day, the large green dumpsters outside of Paris’s supermarkets are overflowing with everything from vegetables, fruit and ready made sandwiches.

Based on personal experience, I would advise hitting the dumpsters sometime around 5:00 PM. Most of the garbage trucks are in circulation around 7:00 PM, leading the supermarkets to leave the dumpsters out sometime in the early evening. Of course this depends on what area of Paris you are staying in, but a quick look at the surrounding dumpsters makes it easy to find out.

Supermarkets such as Carrefour, Franprix, and Monoprix  are some of the best. Finding the right dumpster can often prove the most difficult part of the process. Some supermarkets leave their dumpsters out back in order to discourage divers. However, if you are willing to invest a little bit of time into the hunt, you will surely be rewarded. Click here to discover the worldwide Dumpstermap.

Once you have have stumbled upon a particularly yielding bin, the rest is self explanatory. I have my own rules: I do not like digging through other people’s trash and I do not take any meat. The rest is fair game. Using your best judgment, it is easy to tell what has truly spoiled and what can still be salvaged.

Fruit and vegetables are normally thrown away due to slight bruising. All packaged food such as yogurt, salads, sandwiches, cheese etc.. tend to be thrown out because of the expiration date, but, if eaten within a couple of days, they remain just as good as before.

The open-air markets in France 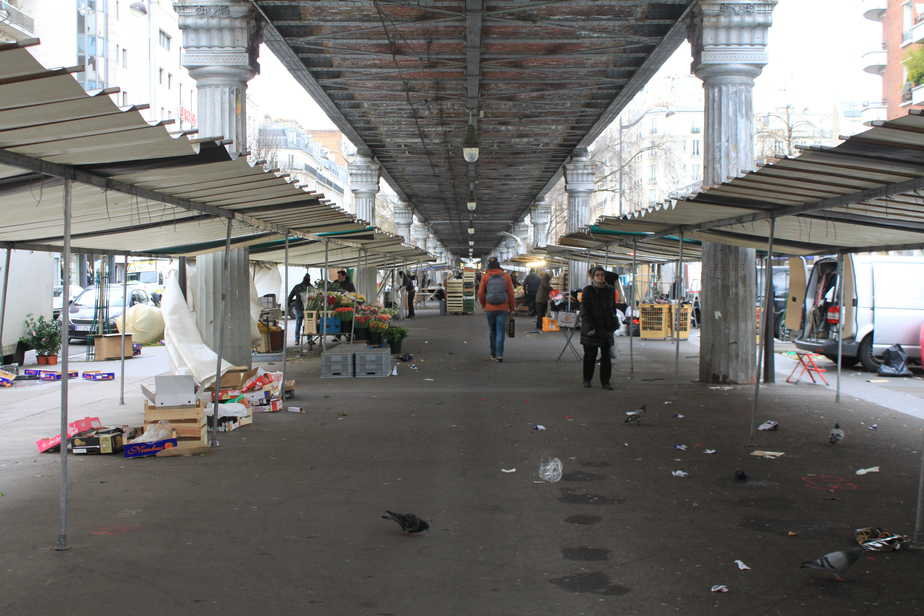 Open air markets are some of the best places to find left over food. Once the markets begin to close (usually around 2:00 or 3:00 PM) vendors leave piles upon piles of cardboard boxes waiting to be taken and disposed of by garbage men.

Littered within these crates is an outstandingly large amount of left over fruit and vegetables. I would say that about fifty percent of it is salvageable. Sometimes you may have to cut off some bruised areas, but, if you are not too picky, you can easily walk away with pounds and pounds of fresh vegetables and fruit. I always come away with more than I can eat. Smoothies and pies are a good ideas. 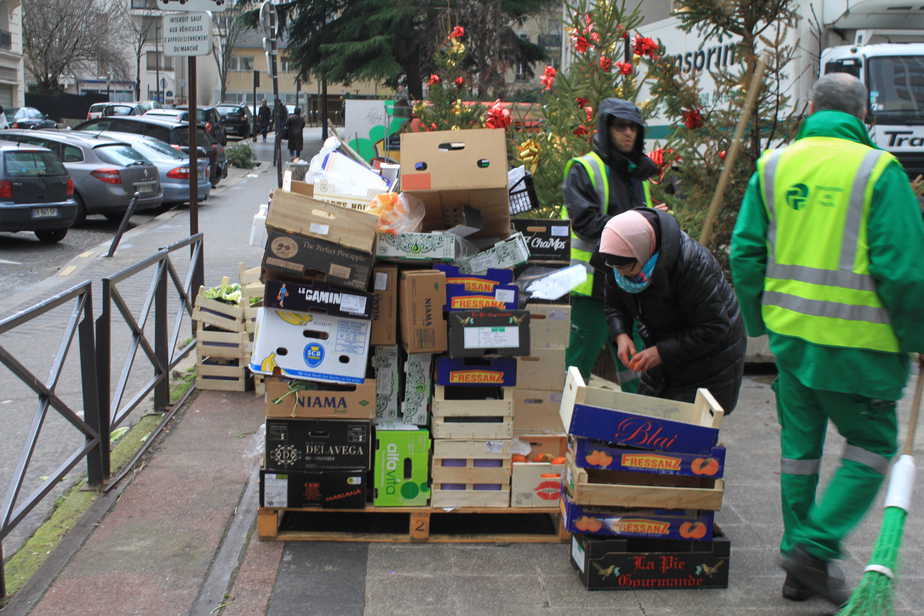 The vendors are prone to be generous and many times, while kicking through the remnants of scattered food, someone will approach me with a crate of perfectly good apples telling me if I don’t take them they will be thrown away. I always meet the nicest when I’m picking through trash.

This a link to trashwiki: a sort of wikipedia for dumpster diving all over the world. It has a list of the best open-air markets and dumpsters inside and around Paris. Happy hunting.

Communities of dumpster divers in Paris 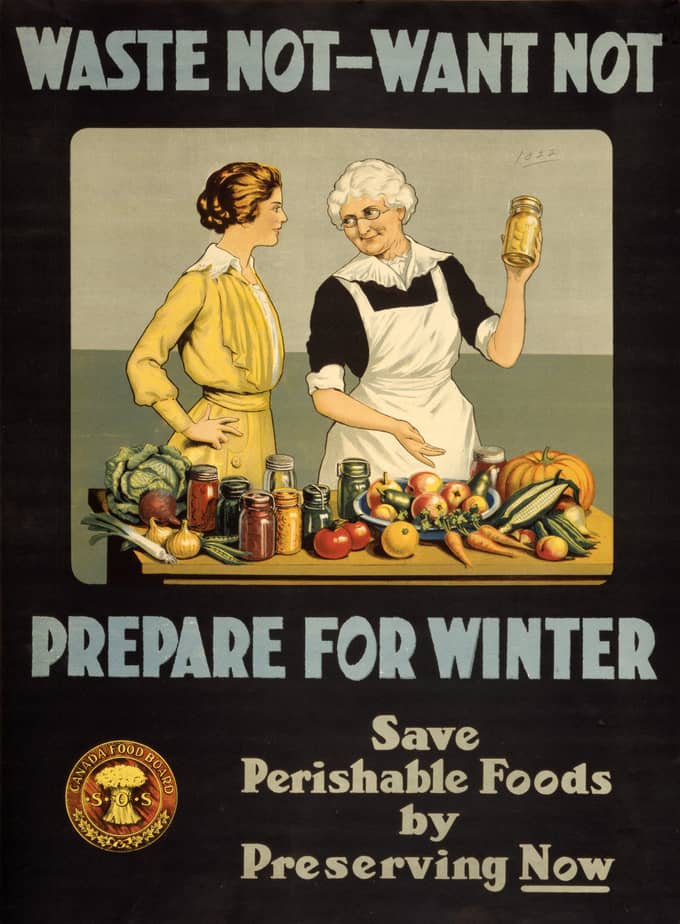 An old anti-waste slogan from world war I

I have heard that sometimes, as a newcomer to the diving communities, you have to be wary of groups that may not be too friendly. This, however, is not what I have found. In fact, everything that I have seen seems to be quite the opposite. When I do sometimes run into a group of people scrounging around a dumpster, they always prove to be incredibly open and friendly. They share their findings and give out new ideas on how to cook some odd vegetable that I have found discarded and forgotten.

Dumpster diving is surely not for everyone, but for those of you on a budget or looking for a new type of unexpected experience, dumpster diving is a profitable, rewarding decision. It will prove to be much more than just ordinary rubbish.