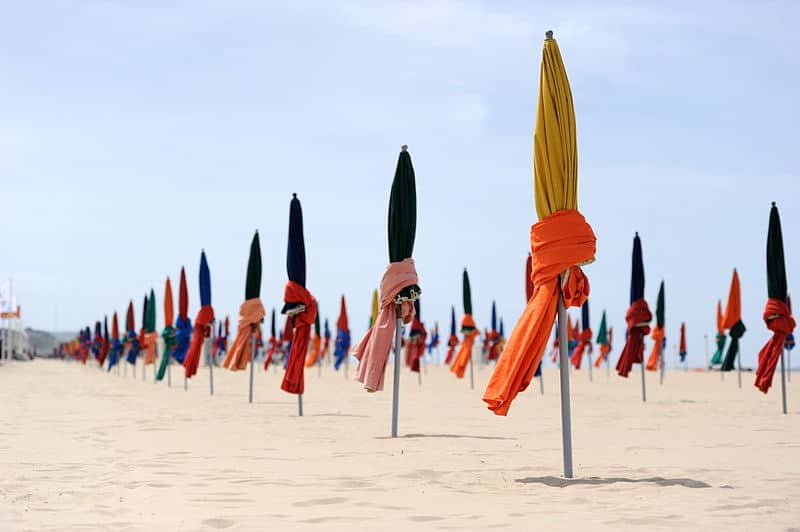 Have you had enough of the city of lights? Are you tired of seeing happy couples everywhere you look? Is the romance simply killing you? A day trip to Deauville from Paris may be just what you’re looking for.

The coast of Normandy can be found to the west of France, making it the ideal getaway for the people of Paris. This coast is famous for its chalky-white cliffs and colorful flower varieties. It is one of the most picturesque parts of northern France. 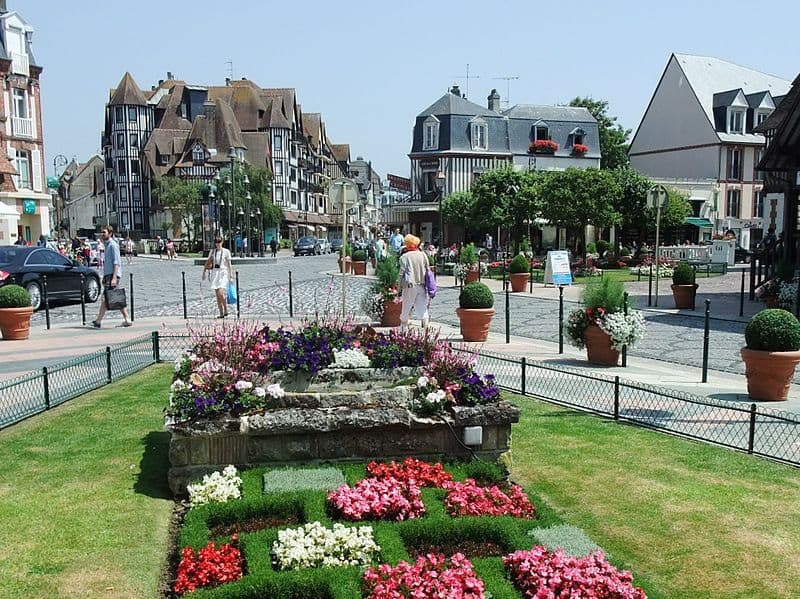 The day trips to Deauville are most popular during the spring and summer times in Paris, for obvious reasons. That being said, I find that even in the depths of winter, a getaway is a getaway and the fresh air in this region of the country does wonders for the body & soul.

Here is everything you can expect from a day trip to Deauville, leaving from the French capital.

Getting to Deauville from Paris

To get from Paris to Deauville one needs to catch a train; unless of course you’ve decided to hire a car for the day, which is not a bad idea at all.

The only train service to Normandy departs from Gare Saint-Lazare in the 8th arrondissement of Paris. You can get to this central station via any of the regular metro lines that service the city of Paris .

All in all you can expect the journey to take roughly two hours. That’s two hours there, and two hours to return as well. 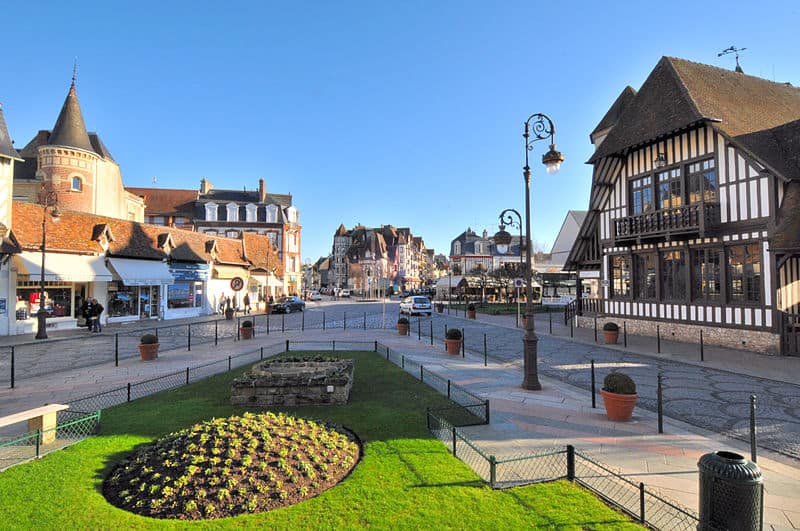 If your schedule isn’t flexible and this day trip needs to remain a day trip, then you’ll need to be on the earliest train there and the latest train home. These usually depart around 7am from Paris and return around 10pm from Deauville.

If you do end up extending your trip and booking a hotel for the night there are ample trains throughout the next day to take you back to the city.

Deauville is small and a day trip here is more than enough time to grasp the true essence of the place.

What to do in Deauville near Paris

So what brings so many out to the west coast of France? The seaside of course.

This is the closest beach town to Paris. It also happens to be one of the most renowned places to eat seafood on the French coast, with over forty restaurants in the small town specializing in this cuisine.

As far as beaches go, Deauville is beautiful. Sun, sand and cool waters make for a beautiful retreat. There are public umbrellas available in most areas but it doesn’t hurt to bring your own along. Don’t forget towels, sunblock and water toys — there aren’t many places to purchase these once in Deauville itself. 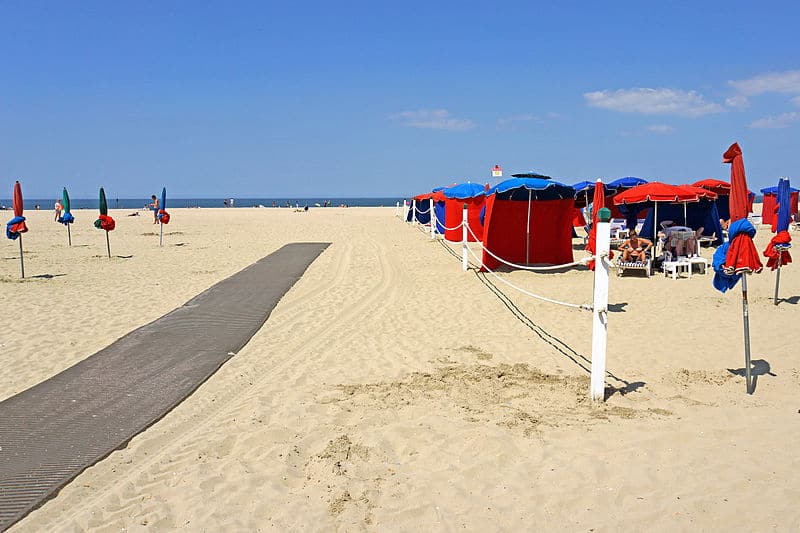 The ocean in Deauville rarely has waves, at times it feels more like a giant lake. The sand is soft and depending on the day of the week you may get lucky and have large portions of the beach to yourself, even in summer.

Weekends are when Deauville are at its busiest. People flock from the city and neighboring towns to enjoy the sunshine during their days off.

Other Attractions in Deauville near Paris

Deauville is close to a few other notable attractions in the Normandy area. Most famously, it is a 45 minute drive from the historic landing beaches that were used during the Second World War.

Every year in September the annual American Film Festival takes place near Deauville. The same one, except for Asian films, takes place here in March.

The Deauville casino is the fourth largest one in France. As you can imagine, this attraction is usually packed during the spring and summer months. 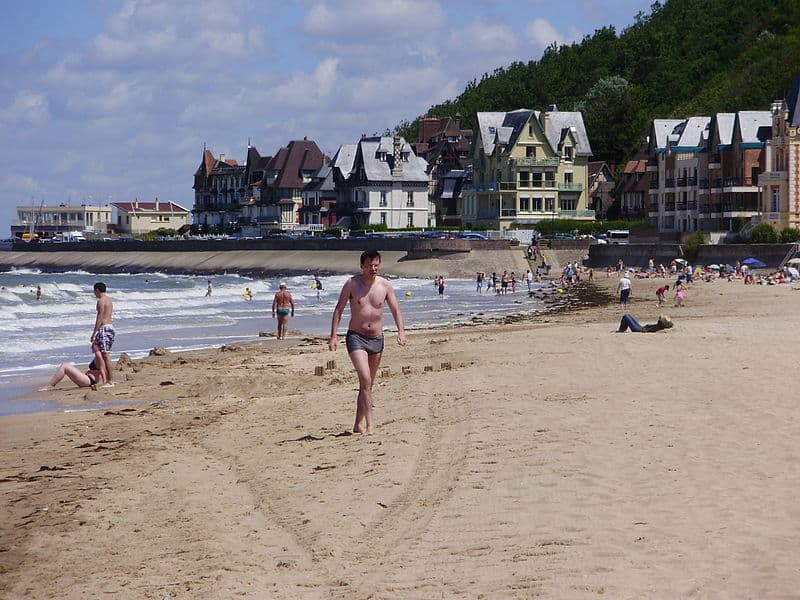 The one thing I enjoy most about visiting this part of the country is actually exploring by foot and being able to see all of the traditional Norman-style houses that make up the suburbs. You might need more than a day trip worth of time to fit both the beach and the town all into one.

Where to Eat in Deauville near Paris

As mentioned, the restaurant scene in Deauville is a competitive one with most of the establishments specializing in traditional French cuisine featuring an abundance of seafood options.

Michelin Star dining is easy to find in this part of the world. L’Essentiel holds one of these stars and is near the water by the port of Deauville. In a twist of cultures, the restaurant serves up dishes of French and Korean fusion. Delicious and not badly priced considering. 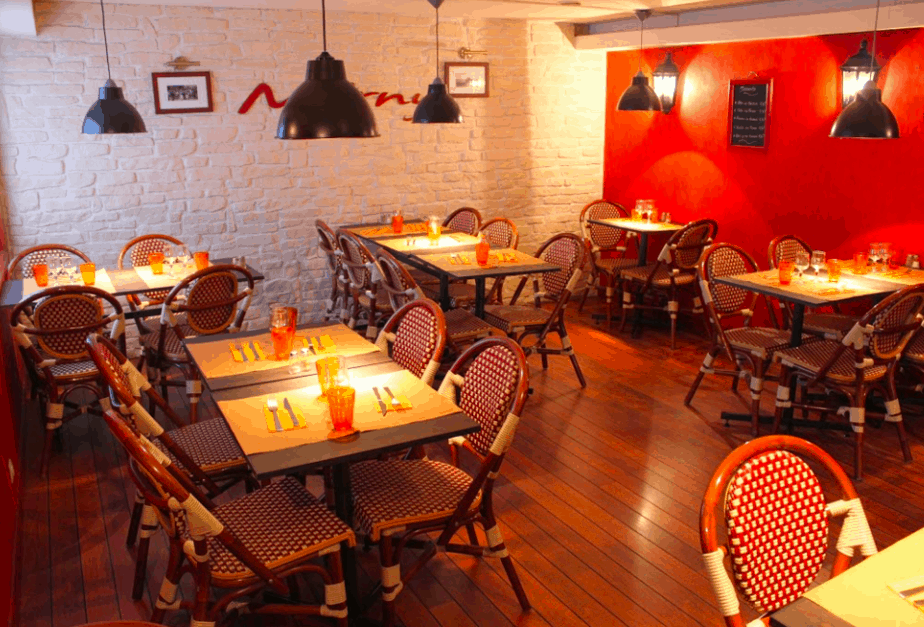 La Morny in Deauville – by La Morny – Uploaded by them

Also near the water, Restaurant Augusto Chez Laurent is a more laid back dining experience in Deauville. They do a wonderful lunch special that involves a three course mean for €25 per person.

For something sweet and/or quick head over to La Morny, the local pizzeria and crêperie hybrid of this town. This is a particularly great place to dine with children, but take note that they are closed on Tuesdays and Wednesdays.

Other Great Day Trips from Paris

Deauville is just one of the many coastline towns that Normandy has to offer.

Another astounding trip from Paris would be to the Mont Saint-Michel, a beautiful castle near the Normandy mainland that is sometimes surrounded by water and sometimes by land — it all depends on the tides of the day.

A popular day trip from Paris is to head through to the town of Giverny in Normandy. This was Monet’s home town for years and one can still visit his old house and very famous garden. 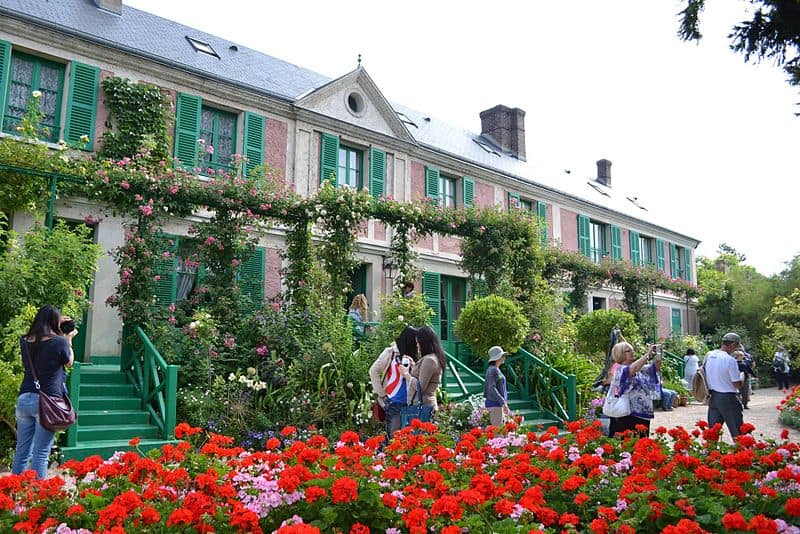 Taking any free guided walking tour through the streets of Paris and observing the architecture usually inspires visitors to day trip in the opposite direction of Normandy, through to the palaces of Versailles and Fontainebleau instead.

Both of these day trips require the use of the train from any of the main stations in the city. There won’t be a beach like in Deauville, but you will frolic with the royals for a few hours which is equally as nice.