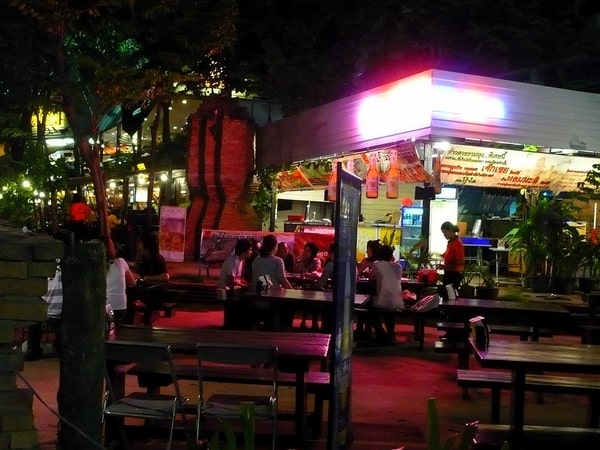 Pretty much every stop on the main Sukhumvit Road BTS line stretch in Bangkok (between Nana and Thong Lor) finds its way on to the radar of visitors to the Thai capital.

But Ekkamai is just far enough out of the central regions of Bangkok’s Sukhumvit Road to get overlooked by many visitors to the Thai capital. Certainly Thong Lor, the next neighbourhood along from Ekkamai, has gained more exposure over the last few years. This has possibly helped to take even more focus away from an area that actually has much to offer to visitors. 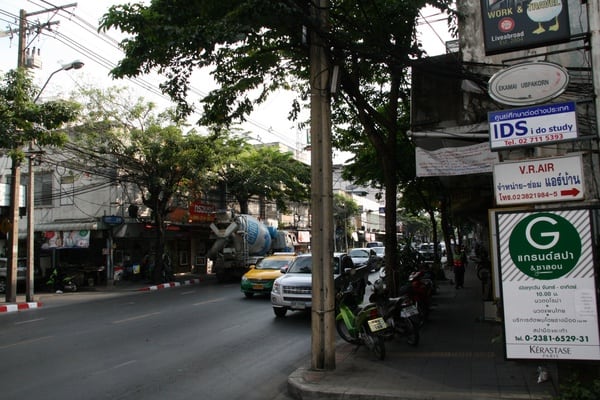 Ekkamai has long been an expat haunt and a local favourite with natives looking for broader experiences food and drink-wise. But it has managed to evade the majority of tourists, which may even be part of its appeal to many of the locals who frequent the area.

The neighbourhood of Ekkamai is one of those areas just slightly out of reach of the main central regions of the city, but still within range of them if needs be. It also has enough of the amenities usually sought out by expats to have become an attractive prospect for living in.

It certainly has a kind of trendy vibe to it – although not quite on the scale of Thonglor — and it has a plethora of dining and leisure options. There’s plenty to do and see, without the hordes of tourists to go with it. And Ekkamai is convenient enough to get to and from having its own stop on the BTS line. And let’s not forget the fact that the Bangkok Eastern Bus Terminal is also located here. 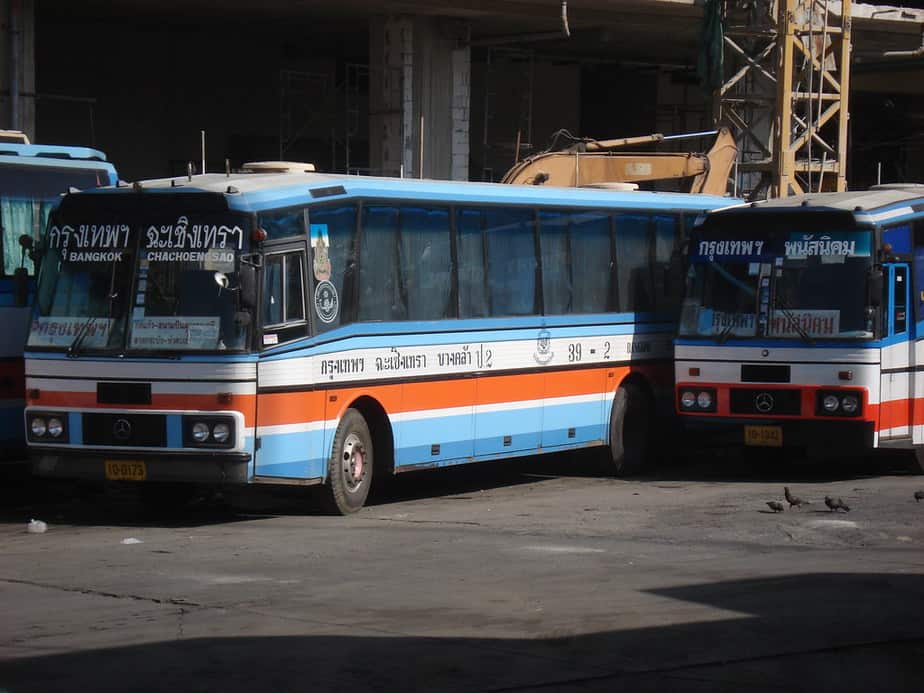 Image by Ian Fuller from creativecommons.org

The area is slightly unique in that it is a combination of the modern and trendy as well as the traditional. Ekkamai is actually largely a residential area, although condominiums rentals are usually on the high side. But for many people what may make up for that is the wide choice of restaurants of different cuisines not typical of your standard Thai neighbourhood.

Unlike other close neighbourhoods like Phrom Phong, which is just 2 stops up on the BTS line, Ekkamai is not a massive shopping haven. There is a pretty large Gateway Mall close to the skytrain station but even this is comprised mostly of restaurants. 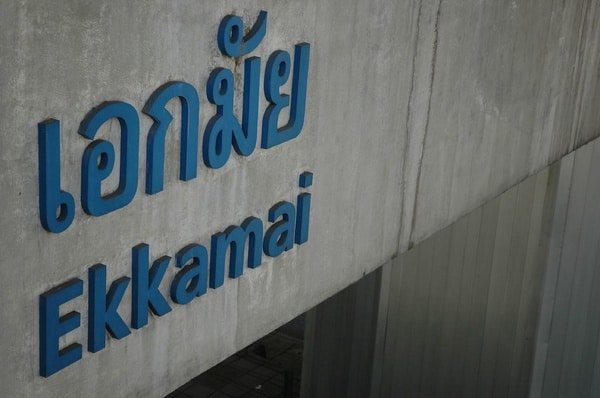 There is certainly an element of coffee culture in the area, and there are vintage boutiques and bohemian bars to sit nicely alongside that particular lifestyle angle.

So let’s take a closer look into the various aspects of this interesting Bangkok district with a brief guide to Ekkamai in Bangkok.

What to See & Do in Ekkamai

Ekamai is not a sightseeing destination by any means. But it does have all the kind of local amenities that would make for a comfortable lifestyle or a decent night out.

There is a bowling alley and a Major Cineplex which shows all the latest international and Thai films.

If you want something a bit more energetic there is the chance for a spot of ice skating at Sub-Zero Ice Skate Club. If you like the idea of cooling off from the humid tropical outdoors, then Snow Town is also located in Ekkamai. This is a place where visitors can indulge in snow-related activities like sledding or maybe crack off a few selfies with a giant polar bear (not a real one, obviously).

There is also a temple right on the main road close to the BTS Ekkamai station. Its name is Wat That Thong, and it is a reasonably impressive Thai Buddhist temple dating back to the 1930s, with a large, golden Buddha inside.

If you are one of those visitors who associates Thailand with a spot of pampering, one of the most well-known spas in the city is also located on Ekkamai Road. This is the place where many locals head when they are in need of an effective and professional service. 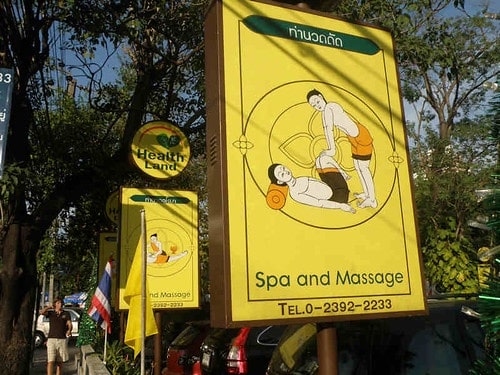 And there is a pretty decent range of food which includes Greek, Japanese, and Italian options alongside the usual Thai options. There is also a great Isaan street restaurant called Sabai Jai Gai Yang. Either way there is plenty of choice in Ekkamai when it comes to eating.

Ekkamai has that city central coffee culture vibe to it that many of the other outer districts have yet to catch up on. 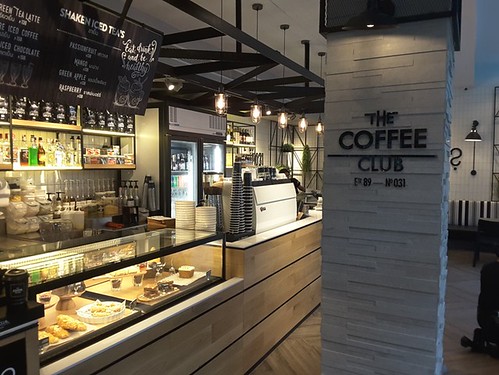 This means there are a few really decent cafes and coffee houses that actually sell a decent cup, and some of them have impressive menus too like The Coffee Club, which is stylish branch of the Bangkok brand to say the least. There are other, equally cool places like the Featherstone Cafe or modern, Japanese-style Nikko Cafe.

So if you are interested in cafes with quality coffee beans and pleasant interiors, you’ll find a bunch of them in this Bangkok neighbourhood. There is even a tea house for tea lovers by way of the Peace Oriental Teahouse, which is pretty much what the name suggests it to be. 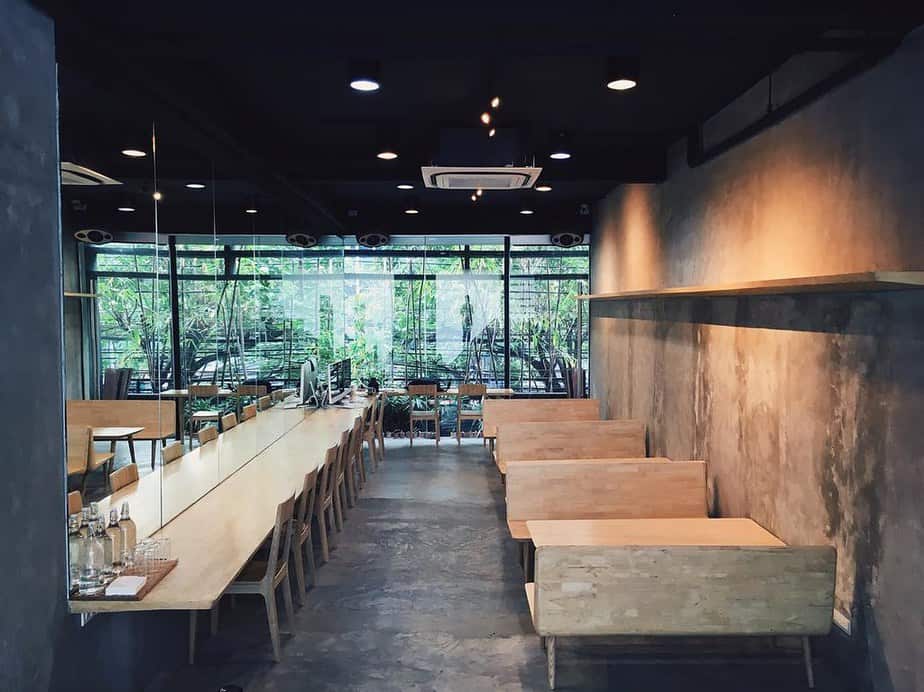 Image by kappuru from creativecommons.org

Where to drink and party

You won’t necessarily find the best of Bangkok’s nightlife in Ekkamai, and you would in fact be better heading back towards Thong Lor and other regions of Sukhumvit if you are a real party animal.

But there are still plenty of bars and nightclubs that you wouldn’t normally encounter outside of a central downtown region of Bangkok – like Irish Pubs and Beer Houses, for instance. People who don’t live in the area come to eat and party at weekends, so this is the time when the numbers swell somewhat.

There are definitely a few decent places to drink and socialise around Ekkamai.  It’s not difficult to find a local bar or restaurant selling Thai beer late into the night.

But for something with a bit more range there is always Mikkeller Bangkok, with its 30-odd taps with beer from around the world flowing freely from them, or the Ekkamai Beerhouse. 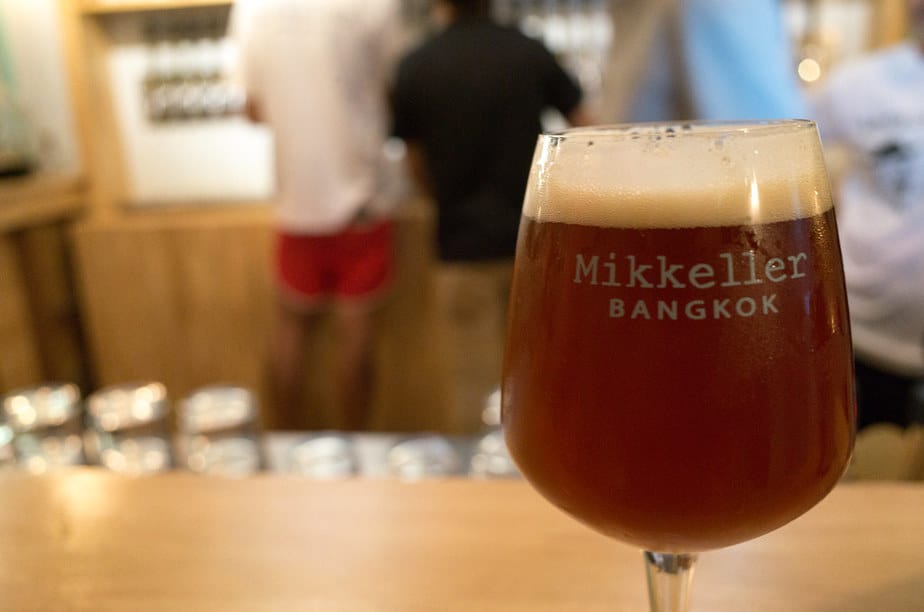 There are a few clubs in Ekkamai and probably the most popular is DND (which stands for ‘Do Not Disturb’ and is on Ekkamai Soi 7). The music here attracts a reasonably young crowd with its emphasis on EDM, and if you’ve never been in a club like this one before with a ‘local’ edge to it, you might find it to be an acquired taste.

This Bangkok neighbourhood is certainly not one of the capital’s hot spots when it comes to shopping, which is probably one of the reasons why it doesn’t necessarily attract too many visiting tourists. It is not devoid of a mall or two that suffice to say the least though, but Ekkamai is in no way comparable to places like Siam or possibly other areas of Sukhumvit like Phrom Phong when it comes to shopping.

The area does have a few interesting vibes and quirks to it though, and Ekkamai is renowned among some of the trendy young locals as having something of a ‘vintage’ vibe to it. It’s true that you can find a few decent second-hand shopping spots, and is in many ways Ekkamai is a focal point for anyone interested in finding interesting second-hand items or the odd unique retro item. 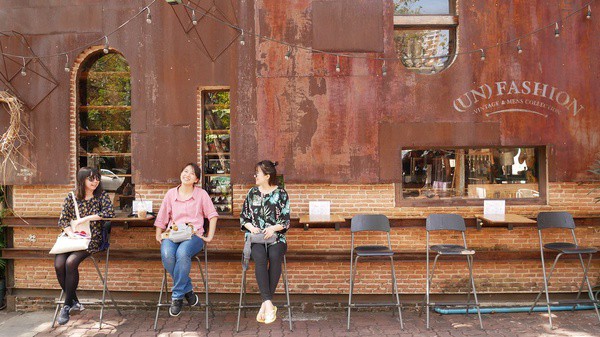 Image by rachelworld from creativecommons.org

You can take a wander down the area’s ‘Werng Boran’ (which translates as ‘old court’ from Thai) on Soi 10. There is also the (un) FASHION Vintage Collection Café that sells coffee and snacks along with a fair few leather goods and shoes, just off Ekkamai Road.

The largest mall in the area is Gateway Ekkamai, which is right next to the main road as you come off the Skytrain, and is a fairly sophisticated mall with various stores and of course loads of restaurants. There is also an Index Living Mall not too far away which sells furniture and accessories for the home and office.

As Ekkamai is a popular hub for many expats as well as trendy locals, you won’t find too much by way of 5-star hotels. On the other end of the spectrum you are also unlikely to find too much along the lines of budget-friendly accommodation either, although there is a hostel.

Very close to the BTS is 63 Bangkok, a 2-star hostel with basic but modern accommodation with a great free breakfast and co-working space. And there are a few more boutique-style residences popping up such as Kaza Boutique Hotel.

It’s also worth knowing that rooms in places like these might be slightly cheaper than those in other more centrally-located areas. But generally speaking, Ekkamai is maybe not the kind of place you would normally stay in on a trip to Bangkok unless you already knew the city fairly well and were maybe looking for somewhere a bit further out than the usual spots like Siam or Asok.