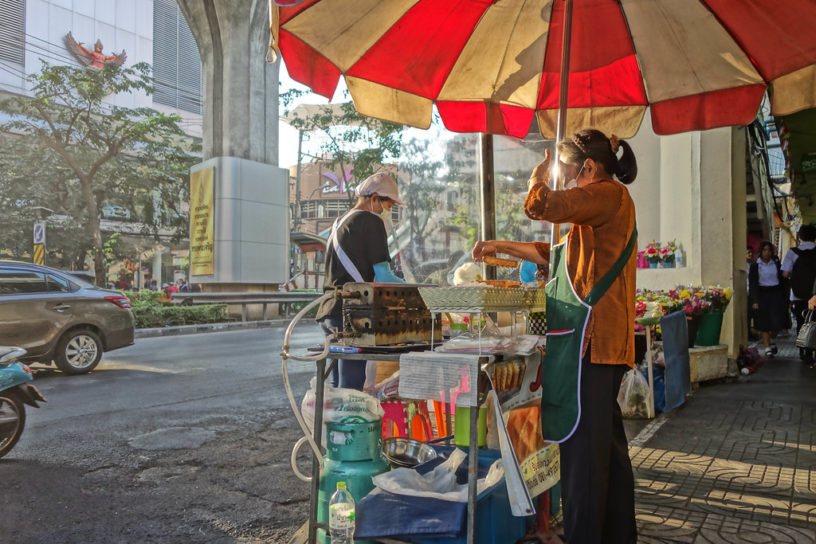 Image by dr burtoni from creativecommons.org

One area of Bangkok that is not usually likely to feature on the typical itinerary of a visitor to Bangkok is the Ari neighbourhood.

Ari is just far enough away from the central tourist areas to evade the radar of the majority of tourists, but it has become increasingly popular with reasonably affluent young Thais and growing numbers of expats in the last couple of decades. And it is still within easy reach of a few top touristy areas if you want to make a few stops in one day.

Here is an area of Bangkok really not too far away on the metro line from the centre of the city. But it is largely a residential area that has developed into a cool place to spend a bit of time. 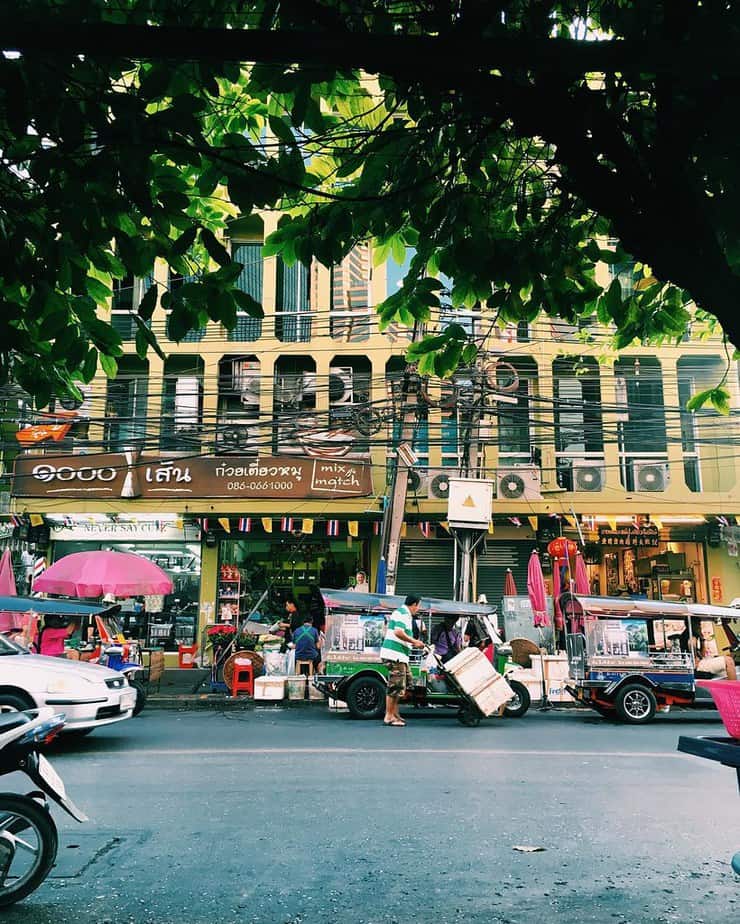 Image by kappuru from creativecommons.org

Ari has some great restaurants and cafes, with a slightly more relaxed vibe than some of the more manic, central city areas; but it doesn’t have anything major enough to draw in any real crowds in terms of visitors. And this is probably one of the things that keeps it interesting and refreshing.

Until fairly recently there were just a few cafes and dessert spots, but there has always been the odd interesting restaurant or two in this area. Now you’ll find a few bars serving craft beer, and an assortment of local and international styles of cuisine.

On top of that the area still has the typical sight in Bangkok of the local street food vendors.

Along with these charms, the small shops that give the neighbourhood its particular feel are a nice contrast to some of the other chaotic and constantly-changing city spots.

In fact there is still a fair bit of traditional Thai architecture to be found in and around some of the back alleys and enclaves of Ari. And in contrast to this, the main streets entertain modern and quirky cafes, restaurants, and bars that attract coffee-shop enthusiasts and young urbanites.

As this new community has developed, so have the businesses that serve it. Yet in contrast to a lot of other areas packed out with the usual corporates and franchises, Ari has retained a sense of the independent. 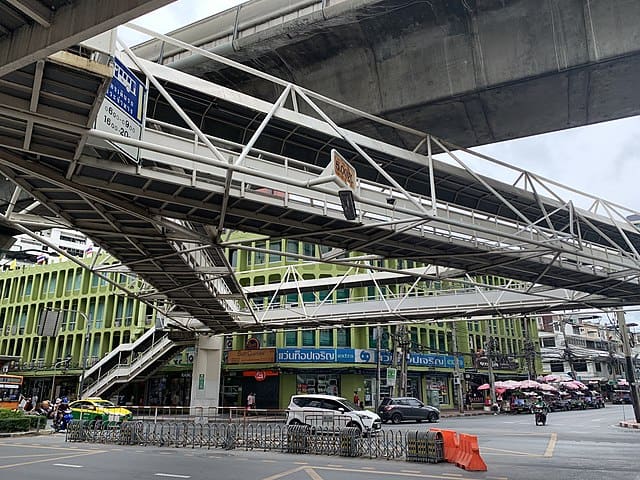 Ari is one of the districts of Bangkok outside of the usual well-known spots that continue to attract more attention. It has seen something of a boom over recent years as increasing numbers of investors and entrepreneurs look for alternative regions of the city to those with ever-skyrocketing city-centre rental costs.

So as it is more developed than ‘old town’ regions of the city but less chaotic than the majority of modern and rapidly-developing neighbourhoods, Ari is a great area of Bangkok to check out.

Ari is around a 10 to 30-minute drive from what is commonly known as downtown Bangkok. It is on the BTS sky train line though, and is in fact just a few stops down from Victory Monument.

Going in the opposite direction (past Ari on the BTS line) you’ll also find the famous Chatuchak Weekend Market just a couple of stops away, as well as the park of the same name. 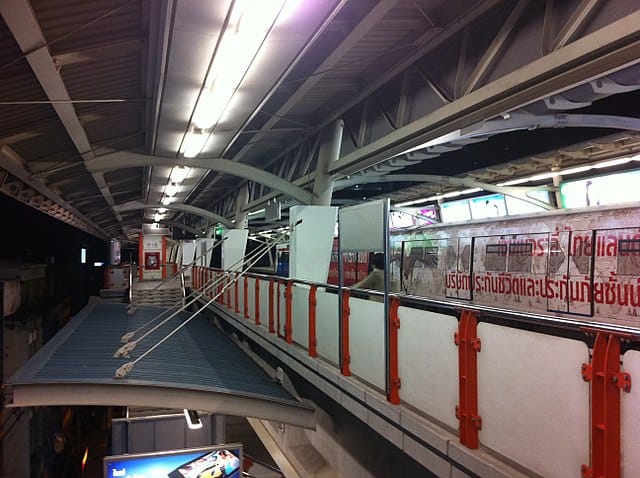 Ari is also near to Saphan Khwai, the BTS stop before Chatuchak. This is an area that is also gradually transforming from a slightly rough and gritty Thai neighbourhood to a slightly trendier spot and cheap backpacker area. If you’re looking for some variation on the usual Bangkok spots and you’re taking the time to explore Ari, it’s probably worth your while checking it out.

If you travel to Ari by BTS (Sukhumvit Line), one of the first things you’ll see as you walk down the stairs from the elevated station is the local community mall. (Check out our previous post on Bangkok’s community malls for more information on them.)

You’ll see a Villa supermarket along with various other well-known brand names like Starbucks that are common to this type of community mall in Bangkok. There is sometimes a signal as to the current trends in food at the front of the mall such as a burger van or a taco stall.

But the real attractions in this neighbourhood are along Soi Ari itself and down the many quiet alleys and side streets lined with trees that give the area a suburban feel.

If you take a wander through the streets you might notice that the pavements are a bit more decent than in some areas of the city. You might also notice the occasional roller skaters or skate boarder, maybe a dog walker or two, and a few cyclists here and there.

And believe it or not, none of these are that common a sight on your typical Bangkok street, where the pavements are largely jagged, broken, and hazardous. This is due to poor paving practices and constant use of the paths by motorcycle taxis who ride pretty much wherever they like. 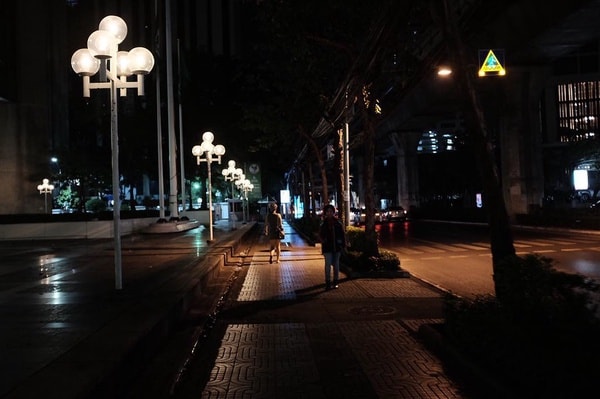 To get to Soi Aree go out of Exit 3 at the BTS station, and double back at the bottom of the stairs. Then if you walk about 20 metres along Phahonyothin Road and turn left, you’ll find yourself in Soi Ari.

There are plenty of excellent cafes and restaurants along the street, along with a few boutique-style shops. Ari Soi 4 is something of a magnet for people taking selfies in and around the trendy and picturesque-looking cafes along the road.

Ari is actually something of a haunt for many a Bangkok coffee enthusiast, and the Starbucks at the front of the community mall is just the tip of the iceberg. You’ll find a few quaint little coffee shops in and around the area that serve a way better roast than Starbucks, and they all have their own, slightly unique vibe. 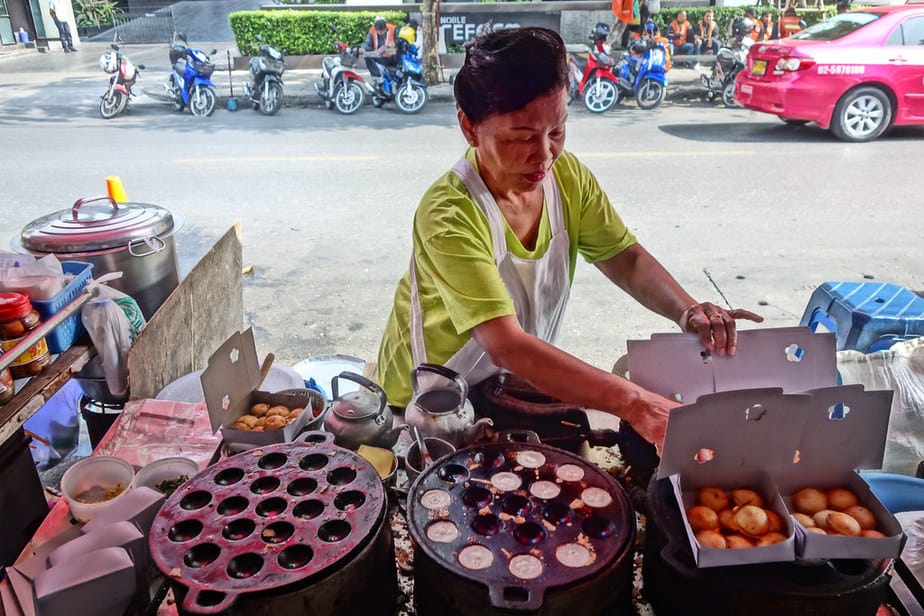 Image by dr, burtoni from creativecommons.org

Soi Ari also happens to be home to a fairly wide range of street food vendors serving all manner of Thai food and snacks. The main stretch of Soi Ari is lined with street food all day.

It can get busy in the early morning and at lunchtime, but after around 4 pm in the afternoon is probably about the busiest this particular section of the neighbourhood gets. It can get quite bustling in the evenings and there is a huge range of tasty and largely inexpensive options available.

This is in no small part due to the hordes of staff from the numerous offices and government buildings in the area looking for dinner that won’t overstretch the budget. 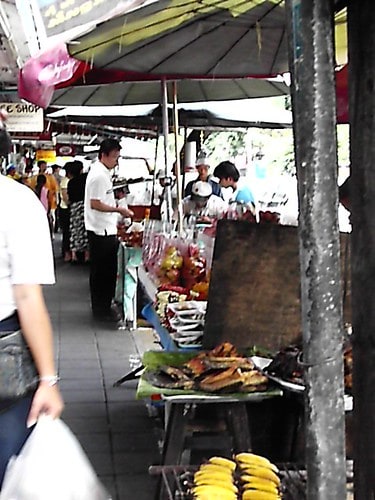 Ari is not really what you might call a nightlife spot in Bangkok terms, although you could easily enjoy a pleasant evening in the area in a variety of ways.

Lots of Ari’s top daytime restaurants also double as some of its most popular nightspots. There are some great outdoor areas ideal for people watching and relaxing. And it’s really not much of a problem to hop from one place to another as they are all so near to each other.

This all gives Ari the feeling of being in a local and fun crowd of an evening, with much more of a varied and vibrant feel to the streets of the densely-populated central regions, and much less of the ‘edgy’ feeling that is common in many such areas. 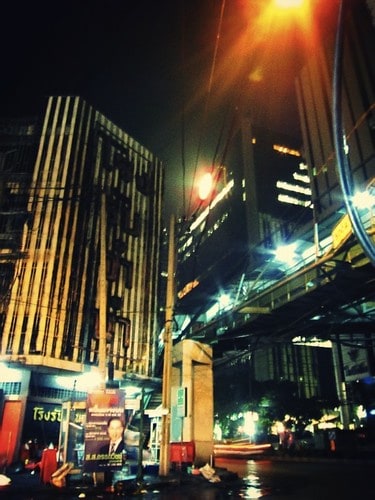 You’ll find places like the local H.O.B.s (House of Beers) with its range of imported draught beers and international-style pub/bierkeller vibe doing a roaring trade of an evening, along with many of the smaller, more intimate local bars and pub/restaurants.

Ari has never really been a place where people visiting the city tend to stay, and there has never been that much in the way of hotels.

In fact, up until fairly recently, Ari had just a small pocket of modest guesthouses and hostels. But now a few boutique and business hotels are springing up with seeming regularity, and as more travellers opt for Airbnb-type accommodation, it is getting much easier to find somewhere to stay in this region of the city.

Hostels have also become quite the thing in Bangkok and they are appearing in Ari too. Many of Bangkok’s hostels are modern, innovative, and fun places to stay for anyone looking for accommodation options leaning more towards lower budgets.

Check out Rest Ari Hostel by way of example when it comes to some of the options for hostels.

Josh Hotel is a nice example of one of the modern, Boutique-style hotels that seem to perfectly fit the mood and vibe of the area.

So maybe you fancy the idea of staying somewhere a bit different next time you head in the direction of Bangkok. Or perhaps you have already been to the Thai capital once or twice and you would appreciate the idea of being located somewhere far removed from your typical central Bangkok tourist area like Sukhumvit, Siam or Silom next time.

Even just spending the afternoon and early evening checking out one of Bangkok’s neighbourhoods with a vibe all of its own is well worth it. At least you can escape the thrall of mass tourism and the chaos of the city if you head out to Ari.