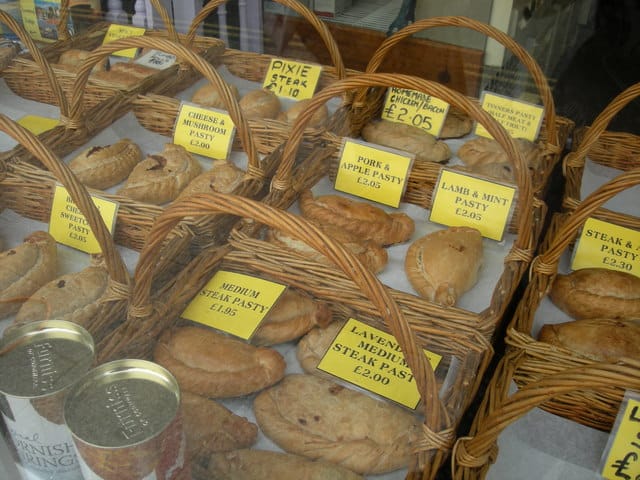 Almost everyone who has visited Cornwall in the west of England has enjoyed a Cornish pasty. The golden flaky pastry, crimped in a ‘D’ shape, and filled with a rich mix of meat, swede, potato and onion, have delighted locals and visitors for hundreds of years.

They can be enjoyed hot or chilled, and taste amazing whether you’re battling the wind on Cornwall’s coasts, or sitting down to dinner in one of their cosy cottages. If you love the sound of these popular pastries and want to try them yourself, but aren’t able to make the lengthy trek down to Cornwall, there are plenty of options for getting your pasty fix right here in London.

But first, a quick disclaimer. Cornish pasties are a Protected Geographical Indication (PGI), meaning they have a protected status much like halloumi or mānuka honey. According to the guidelines, officially only pasties prepared in Cornwall to the specific traditional standards can be named Cornish pasties, and they’ll have a stamp of authenticity to prove it. This means that the delicious pasties served at the venues below have either been produced in Cornwall and brought into London, or carefully recreated in the traditional Cornish style but may not be officially authenticated.

Real Cornish pasties may come from Cornwall, but Borough Market’s best pasties come all the way from Melton Mowbray in Leicestershire. Mrs King’s Pork Pies have been baking pastries for the hungry masses since 1853. Over 150 years later, not much has changed thanks to the traditional recipes, unique methods and careful handcrafted spirit being carefully handed down through generations of pie makers.

Found at Borough Market every Thursday, Friday and Saturday, Mrs King’s serves delicious handmade pasties containing beef, chicken or cheese. These are perfect to enjoy as you stroll and explore the rest of the market, and are as authentic as you can get outside of Cornwall itself.

If you’ve had your fill of pasties and fancy something different, why not dig in to what Mrs King’s does best? Their authentic Melton Mowbray pork pies are award winning, PGI certified and have even been featured on TV. Try the authentic original pork pie, go old school with a game pie, or enjoy the richness of the pork and blue stilton variety. It’s heaven for pastry fans!

Warrens Bakery has long claimed to be Cornwall’s oldest commercial Cornish pasty maker. First established in 1860 as a family owned business, they are now the largest bakery chain in the South West of England. Luckily you’ll find an outlet here in London too as they plan to expand across the country bringing their ranges of fresh and traditional baked goods, from pasties to scones, sandwiches and cakes.

Today, their hand-crimped pasty offerings range from the traditional beef pasty, the popular peppered steak variety, or a range of vegetarian options, including the controversial cheese and marmite flavour. Warrens Bakery’s consistent quality and reasonable prices makes them a great bet if you’re new to the world of pasties.

Fancy enjoying your Cornish pasty at a cafe that has featured in world famous Hollywood films? The Regency Cafe, aptly named as it is found on Regency Street in Westminster, has been included in the likes of Pride, Brighton Rock and Layer Cake, not to mention numerous television series and adverts. It’s no wonder, as the eatery is consistently ranked among London’s most popular eating establishments, and its smart black tiled exterior makes for a great photo or two to remember your visit by.

Although most photos from visitors boast enormous full English fry-ups, you’ll find that the Cornish pasties on offer are as delicious as any found on the shores of Padstow in Cornwall. It’s a simple choice between the classic pasty of the vegetarian cheese and onion variety, and it’ll come with your choice of sides. The surroundings are as authentic as when the café first opened, down to the decoration celebrating the Tottenham Hotspurs and the formica-topped tables. It’s a true English eating experience.

You don’t get much more authentically London than a traditional English pub placed directly opposite the Houses of Parliament, with a great view of Big Ben. The St Stephen’s Tavern has been feeding and watering the great and good of Westminster since the 19th century. Famous past patrons have included Winston Churchill and Harold Macmillan, and it contains enough traditional charm and vintage decor to please any prime minister, past or present.

Their pasty dish is served the usual way with chips and peas or beans. The rest of the menu features classic pub favourites, including beer battered fish with real chips, and pie and mash. 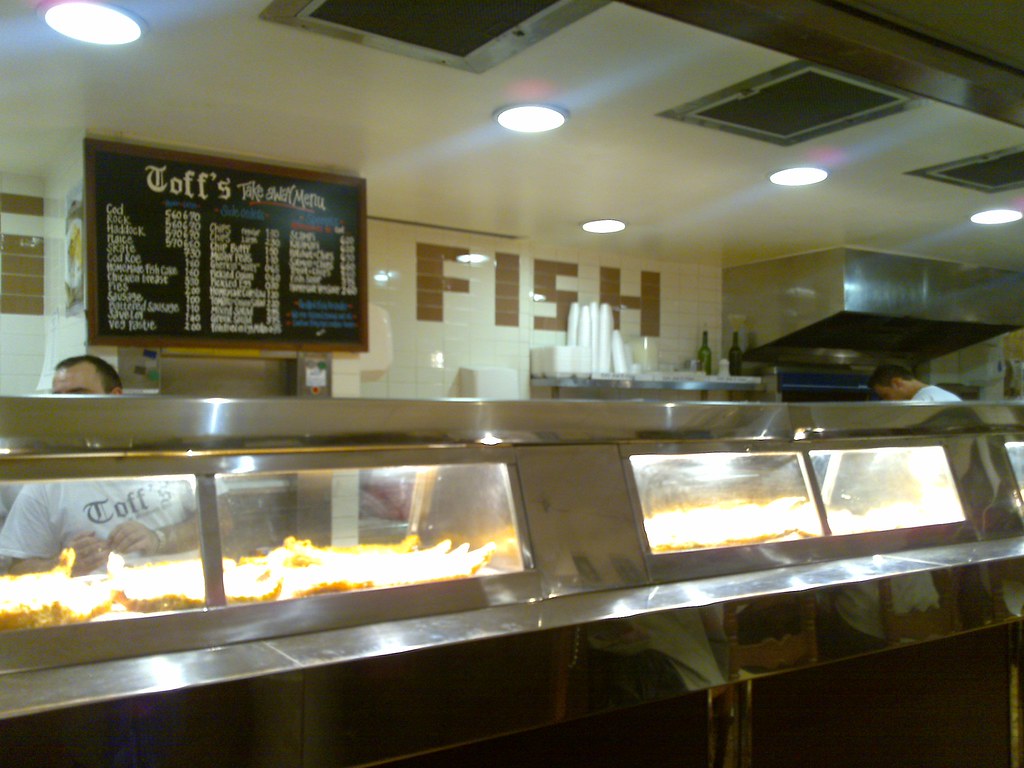 Since opening in 1968, Toff’s has been a mainstay of life in Muswell Hill for generations of residents, and people travel far and wide from the rest of London and beyond to sample their award winning fish dishes. An incredible range of fish is fried fresh to order as you enjoy Toff’s local, friendly atmosphere.

Unlike the traditional Cornish way, you’ll find no beef here. Instead, enjoy their Vegetable Pastie with good old fashioned chips and mushy peas. It’s a more heart-healthy take on a traditional Cornish pasty dish, and you may even find you prefer the vegetarian alternative!

As you escape from the hustle and bustle of London and head north out of the city, you might want to consider a stop at The Cornish Pantry Shop. One of Stevenage’s hidden gems, this independent cafe offers simple, wholesome food at a reasonable price.

Star of the show is, of course, the pasties, which come in traditional, vegetarian and seasonal specialty varieties. This no frills bolthole is popular with locals, so you won’t find yourself struggling for seating with other visitors or tourists, which leaves more time to enjoy your pasty!