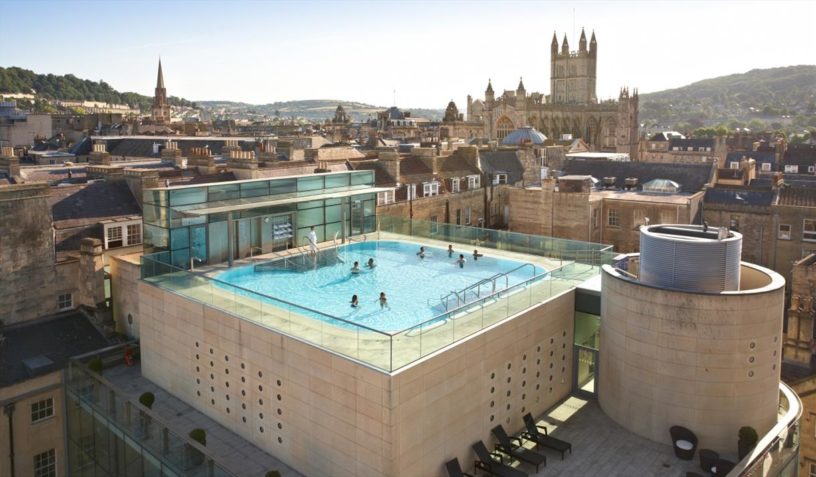 London is that type of city that has always something new going on. A new building, exhibition or show. No matter your interest, this city provides endless fun and the chances are there’s always something new you’ll want to do here. Even after living here for three years and having written a book about London, I still find myself discovering new places and plans.

Let’s not obsess with London for a minute and think about the other amazingly beautiful cities in the UK that are worth visiting too. As there are plenty of them, on today’s article I’ll focus on the ones that are closer to London. These locations can be easily reached in under  two hours via train from Paddington or King’s Cross. This makes them ideal for a day trip adventure from London.

So dear reader, if you’re looking for beautiful, unique and historic destinations for a fun and adventurous day out from London, this list is for you. I’ve included all of the practical details you’ll need for getting there, not missing the main attractions and knowing where to eat and drink. I hope the map for each location is also useful. 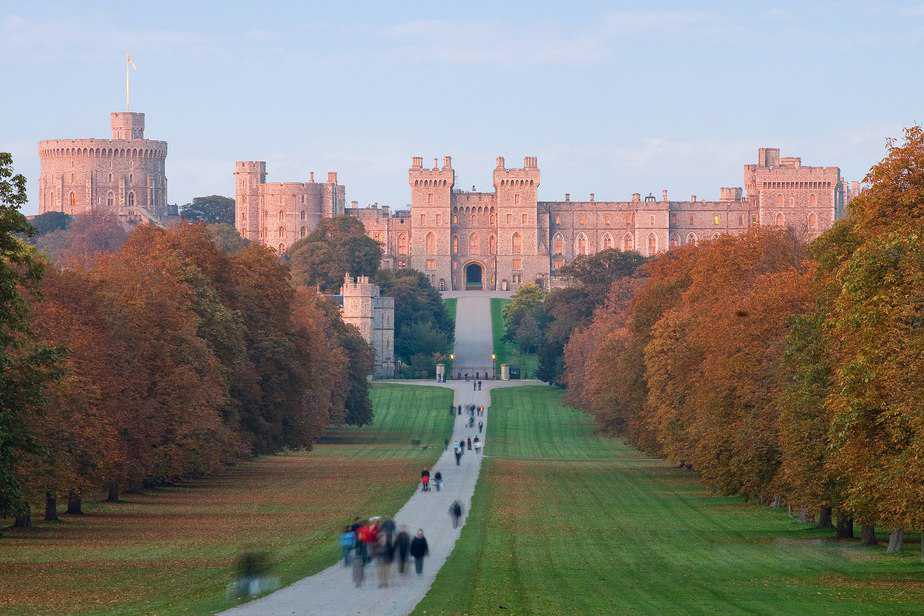 Windsor, located next to the River Thames, became one of the many strategic points after the Norman Conquest of the 11th century. Though its nowadays a synonym of royalty, its beginnings were more military than palatial. The nearby woodlands were used as a place to hunt, which was also practised for military skill acquisition. Windsor became more and more popular amongst the higher status people – normally both associated with army and royalty.

The original Windsor Castle was built in the 11th century by William the Conqueror. It’s been in use since then, making it the longest-occupied palace in Europe. In the 14th century King Edward III established St George’s castle chapel, which went through extensive enlargement during the 15th century. Since its construction, St George’s has seen weddings, burials and important royal ceremonies. In fact, notorious Henry VIII is buried here alongside his beloved queen, Jane Seymour. In addition, Windsor Castle is where Queen Elizabeth lives (she prefers it over Buckingham) and where she spends a good portion of her time. 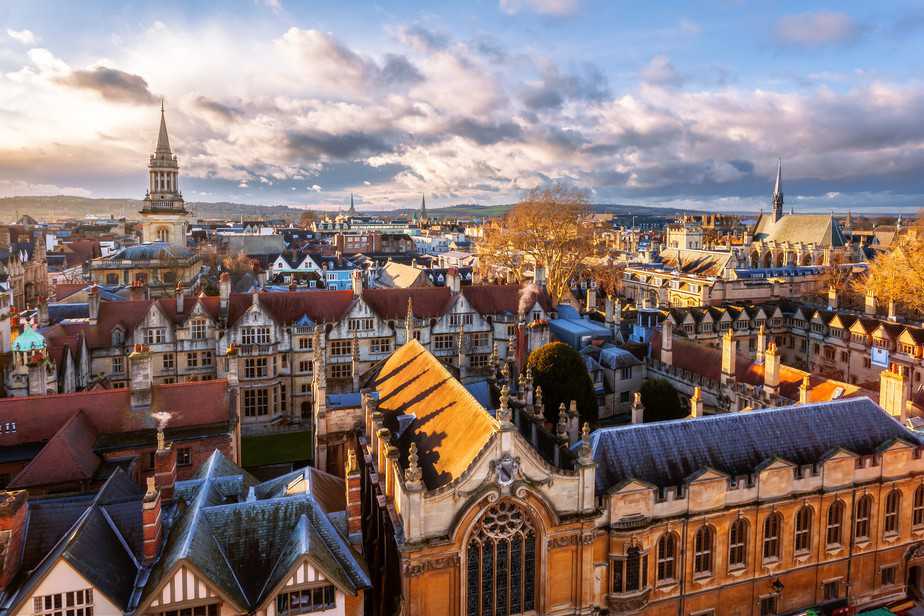 This delightful little city has its origins on an Anglo-Saxon settlement called Oxenaforda, meaning ‘ford (crossing) of the oxen’. Due to its location between the historical kingdoms of Mercia and Wessex, Oxford became an important military frontier. In fact, after the Norman Invasion of 1066, a castle was set up to confirm defensive authority. However, a monastic community set up around the castle and instead of weapons, they made books. It was at Oxford Castle that Geoffrey of Monmouth penned his compilation of Arthurian legends in 1139 called History of the Kings of Britain.

The University of Oxford was first mentioned in 12th-century records, making it the oldest in the English-speaking world. Amongst Oxford’s earliest colleges – still in use nowadays – were University College (1249), Balliol (1263) and Merton (1264). On the other hand, the University of Oxford takes care of what has become the largest university library system in the UK: It maintains over 11 million volumes housed on 120 miles (190 km) of Shelving. The Bodleian group is, after the British Library, the second-largest library in the UK.

Due to its historical relevance in the field of British education, author J. K. Rowling inspired her Harry Potter series in Oxford and even used some of the locations to film. The best way to experience these are through a tour. 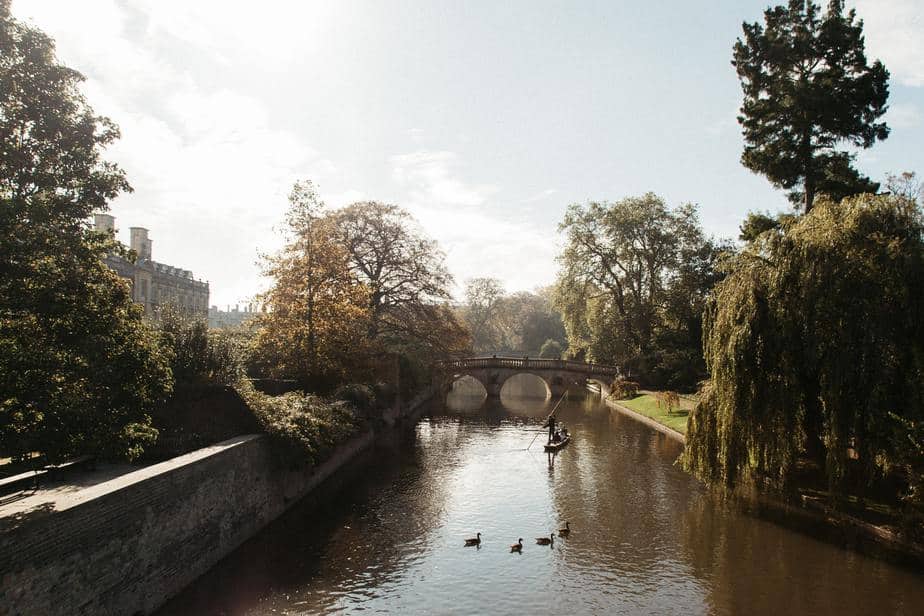 Cambridge also has strong connections to William the Conqueror, who built a castle on Castle Hill in 1068, two years after the Norman Conquest. Its location next to the river Cam favoured its trade links across the hard-to-travel fenlands.

The origins of Cambridge University are perhaps more curious than those of Oxford. It was founded in 1209 by Oxford students escaping the hostile townspeople in their city. Peterhouse, the oldest existing college, was founded in 1284. It was later in 1666 when, under an apple tree, Isaac Newton began thinking about his gravity theory.

Amongst the many reasons to visit this university city, architecture is high on the list. There are historical buildings from multiple periods that are worth a visit. From the Round Church (Cambridge’s second oldest building) to the Mathematical Bridge and the extensive work of Christopher Wren (the architect of St Paul’s cathedral).

Where to eat: The Old Bicycle Shop (Google)
Where to have a drink: The Varsity Hotel Rooftop (Google)
How to get there from London: 🚂By train via King’s Cross (55 min), 🚗by car (1 h 25 min) 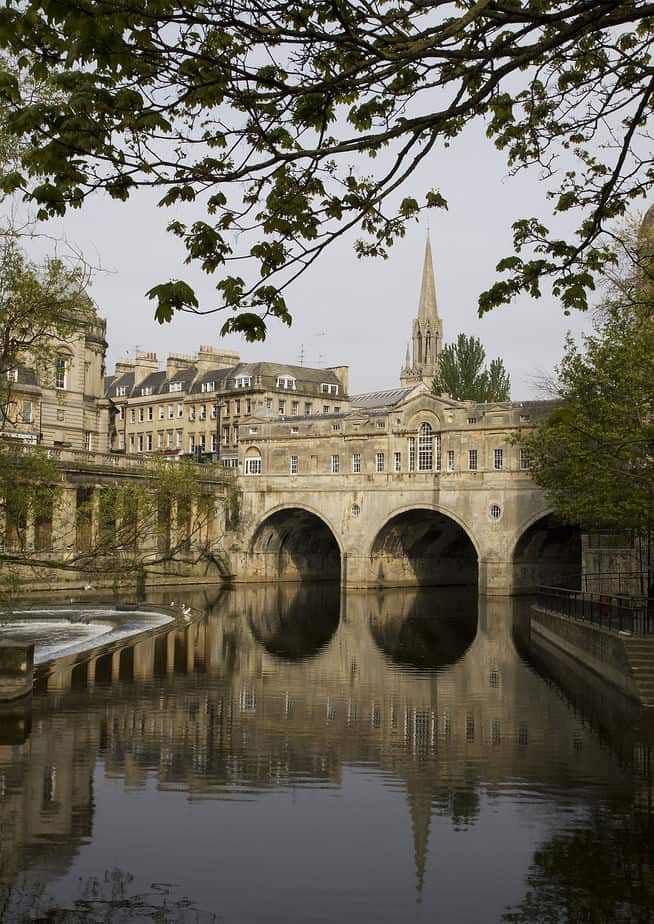 Bath attracts two kinds of visitors: those interested in architecture and the others who are after the wellness. The city became a spa – Aquae Sulis as it used to be called – around AD 60 when the Romans established themselves around this area of the River Avon. They built baths and a temple and benefited from the hot springs that emanated naturally from there.

After the Romans were gone, Bath became a religious centre. Bath Abbey was founded in the 7th century and their impressive building would only grow and become more important since then. Of course, many visitors still came to Bath for the curative properties of the water from the springs.

The city experienced a revival during the early 18th century and this period left behind much of the architecture and style we have nowadays. Primarily made from Bath stone, some superb buildings constructed during Georgian period include the Royal Crescent, Circus and the Pump and Assembly Rooms. 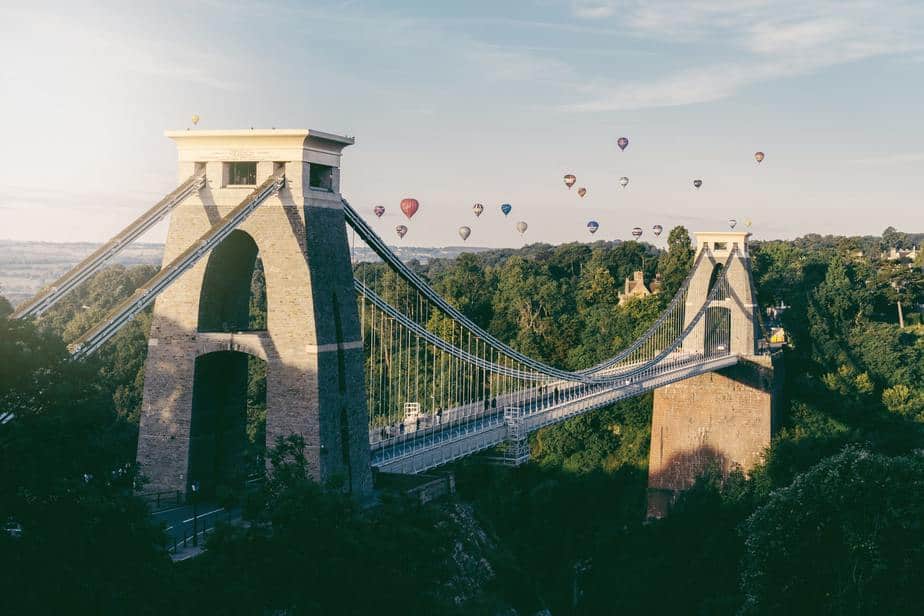 Bristol, a vibrant industrial city, also had a strong Roman presence. After the end of Roman rule in Britain, the locals stayed because of its convenient location next to both the confluences of rivers Frome and Avon and the Bristol Channel to open seas. Bristol was in fact named ‘Brycgstow’, meaning ‘the place at the bridge’. Bristol was a starting place for early voyages of exploration to the New World. In fact, John Cabot became the first European since the Vikings to land in North America. He departed from a ship out of Bristol in 1497. 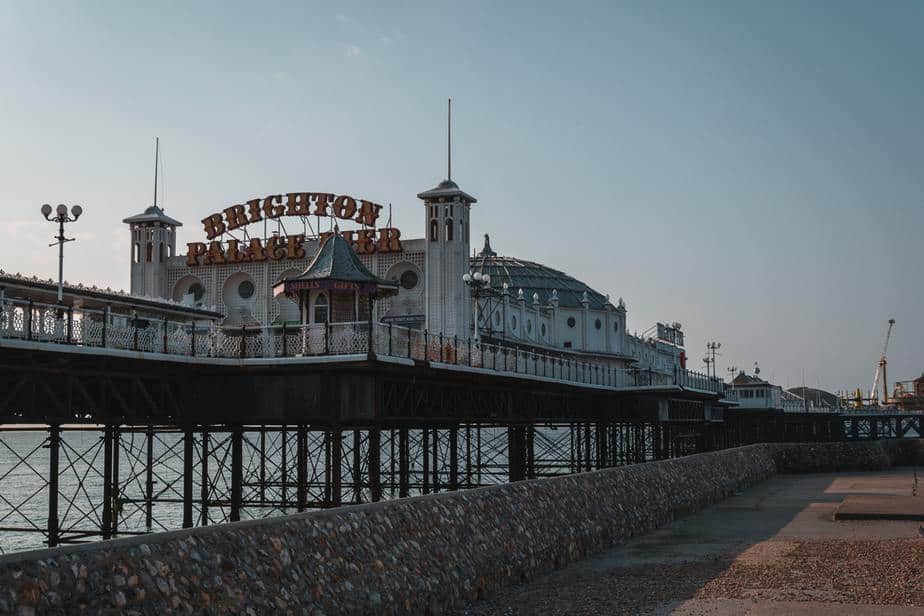 Brighton, nowadays a peaceful and buoyant city, has been through multiple storms, foreign attacks and economic instability. After France and England started getting on very well, more visitors were attracted to Brighton as a boarding point for boats en route to France. This was also a result of improved road transport from London to Brighton.

Since the Georgian era Brighton was developed as a fashionable seaside resort and many buildings such as the Royal Pavilion date to this period. However, most of the major attractions were erected during the Victorian era: hotels, piers and government building.