5 Up and Coming Artists of Paris

5 up and coming artists of Paris

Art is constantly evolving. It is one of the greatest means of expression. Art can be found in the way we dress, the way we walk, the way we interact with other people. You just need to keep an open mind and try to see Art in all the details of daily life. It also is one of the best testimonies of our culture and history. As societies evolved, so as art creations and the artists perspectives. Throughout the world, artists use the mean of creation to express themselves, their ideologies, their opinions and visions. I am a believer that one can learn a lot about a city’s state of mind, culture and history through its artists.

I may sound a bit cocky, but I consider Paris to be one of the best cities to see art. Paris has some of the greatest museums there is, the exhibitions that are organized in the city are simply excellent as much on the content as the informative elements. Every great artist has exhibited in Paris at least once and some of them even have lived in the city at some point in their lives, such as Picasso and Van Gogh for instance.

Many up and coming artists are making their appearance in Paris. Some have been in the art industry for quite some time already but are only getting recognition now, while others are taking their first steps but already have a great impact. In today’s article, I want to introduce you to 5 up and coming artists of Paris. Some of them are currently exhibiting, so you will be able to see their art while in Paris!

This young artist was born in 1991 in Damascus, in Syria. Miryam Haddad graduated from L’École des Beaux Arts in 2017 in Paris.

If you’re interested in Miryam Haddad works, you can go to the art gallery Art : Concept and see a some of her incredible paintings. She also currently is exhibiting in Japan.

Quoting the biography of her that is presented on the Art : Concept website, “[…] Miryam Haddad’s paintings are populated by facetious, even ridiculous characters, that indulge in all kinds of festivities and simple pleasures in a joyous chaos. A controlled disorder in perpetual movement which imposes multiple glances for the work’s reading.

In a mixture of triviality and fantasy, apparent naivety and melancholy, these characters camouflage and exacerbate a reality too ugly and cruel to be represented. The human figure is also treated in a rough way, deformed or summep up in a few convulsive brushstrokes that evoke the tormented traits of painters such as Chaim Soutine, James Ensor or Marwan Kassab Bachi. Unburdened by the pessimism of those who inspired her, Miryam Haddad claims, however, the positive power of the imaginary, an imaginary that invites us to flee the real without altogether denying it.”

In 2012, she fled from her country because of the war and came to Paris. This trauma certainly had an impact on her creativity and influenced the contents of her paintings. One can sense the drama of her creations, there’s something disturbing about her works but we still feel drawn to them, probably due to its bright colors!

If you want to know more about Miryam Haddad, I strongly recommend you to attend one of her exhibitions. You will learn a lot about her perspectives and get a better understanding of her works.

The next artist I’m about to introduce you to is known as YZ, which you pronounce as “eyes”. Her real name is Yseult Digan. Born in Châteauroux in 1975, she now lives and works in the Paris region of Montreuil. You need to know about YZ because she’s one of the most famous street artists of France, known for her poetic portraits.

Her interest for street art started at a very young age, since her parents were artists as well, they were sculptors and ceramists. She grew up surrounded with artists that inspired her, from painters, sculptors, to musicians. During a period of her life, she traveled a lot and produced short documentary videos, where she shares the history of the people she encountered.

In 2000, YZ moved to Paris. That is when she began painting the walls of the capital. The key theme of her art works are about humanity. She’s a committed artist that wants to deal with specific issues that matters, such as slavery and the struggle for civil rights. YZ is definitely one of the best up and coming artists of Paris you need to know about! 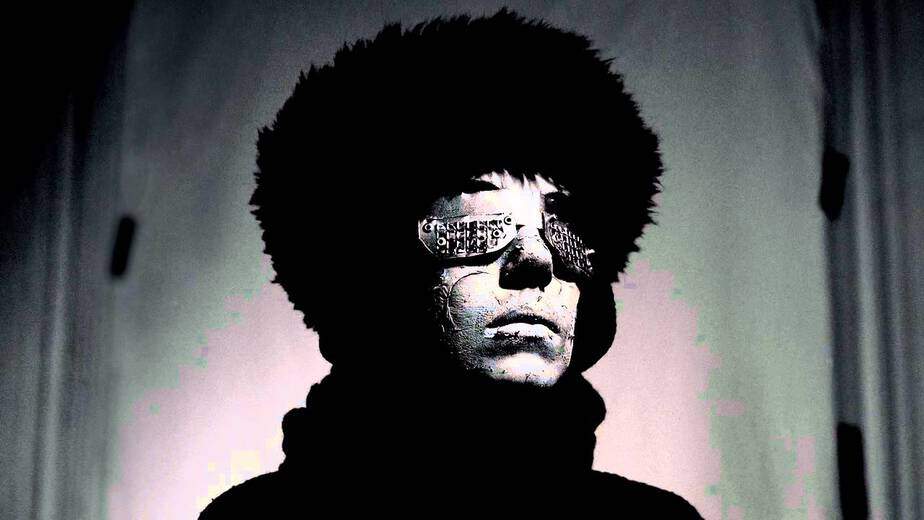 In her works, Nathalie Talec questions the role of the artist and its purpose as an explorer. She’s currently under the spotlight thanks to an exhibition that is now happening in Paris, called “Coup de Foudre” in which she was joined by Fabrice Hyber. You can attend the exhibition at Fondation EDF in Paris. The entrance is free, so you really have no excuses!

In 2015, weird murals started to appear on the walls of the capital. Painted with chalk, the sidewalks, the stores iron curtains and the metro walls took shape and colors! It is the work of the artist Jordane Saget. His large abstract compositions are composed of wavy lines that overlap on several levels.

Jordan Saget quickly made a name for himself within the world of art. Patrick Seguin, a gallery owner, first bought one of his works. Then, Jean-Charles de Castelbajac, which is the artistic director of the brand Coq Sportif, invited him to perform an happening for the opening of his newest store in the Saint-Germain-des-Près neighborhood. He was also hired for many different projects and opened his workshop-gallery in the North of Paris. From Berlin to New York through Madrid, orders flow from all around the world. Everyone wants a Jordan Saget artwork!

I advise you to follow his Instagram page to be updated on all his most recent projects, all his works and future exhibitions! His creations are quite unique and will definitely get your interest!

During his studies, Mehryl Levisse made several researches, going through many fields, from visual arts, contemporary art to new media. He’s the founder of Balak, which is a temporary contemporary art space. He also was the assistant for many artists in Casablanca. During his master degree, Mehryl analyzed the staging of the artist’s body in contemporary art. This greatly influenced all his works. Since 2017, he’s been performing in many places in Paris, such as Centre Pompidou and the Musée de la Chasse et de la Nature.

Through his creations, Mehryl Levisse tries to explore the borders, the sociological issues and the patterns of representation of the body. He uses several mediums, from photography, art installations to performances. In his artworks, Mehryl Levisse questions and parodies society but also sees a mean to express his sexuality, and indirectly our own.

I hope you’ve enjoyed reading this article and that it was inspiring to you! These artists are definitely trending at the moment! While in Paris, if you have some time, try to attend one of their exhibitions – if there’s one happening. Don’t hesitate to contact us if you need further information about anything. Hoping to see you soon in one of our tours!

artists of Parisup and coming artists