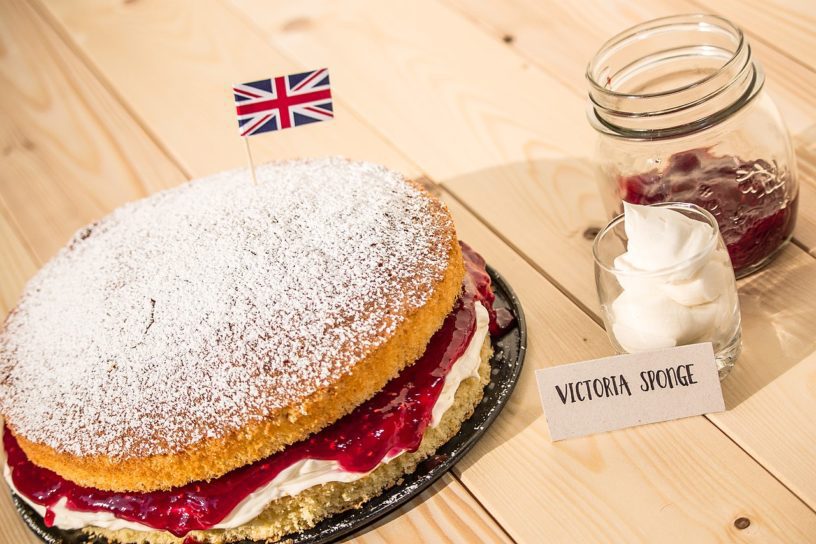 British food is sometimes criticised for being stodgy, unimaginative, and inferior to that of our neighbours on the continent. However, us Brits know that our food is actually delicious, with many of our varied recipes going back hundreds of years and passed down through generations of families. If you’d like to get a taste of the Great British table yourself, try these five recipes. 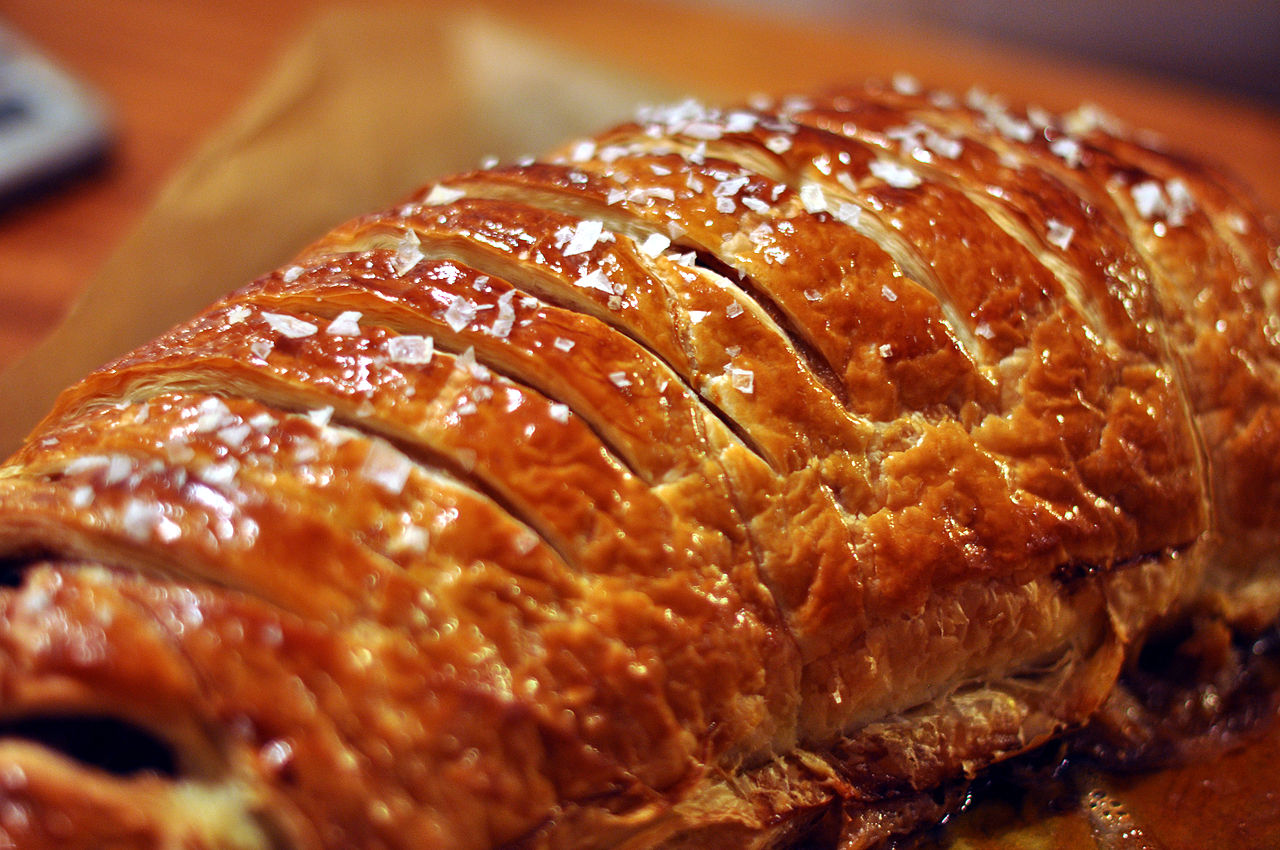 Beef Wellington is perhaps one of Britain’s most highly regarded dishes. After all, what’s not to like about tender, roasted beef encased in buttery flaky pastry? Unfortunately, it also has a reputation for being notoriously complicated and easy to get wrong. Luckily, help is on hand, from one of Britain’s most famous chefs. This Beef Wellington by Gordon Ramsay makes the recipe as simple as possible while still ensuring a professional, high quality result.

For the red wine sauce:

Wrap each piece of beef tightly in a triple layer of cling film to set its shape, then chill overnight.

Remove the cling film, then quickly sear the beef fillets in a hot pan with a little olive oil for 30-60 seconds until browned all over and rare in the middle. Remove from the pan and leave to cool.

Finely chop the mushrooms and fry in a hot pan with a little olive oil, the thyme leaves and some seasoning. When the mushrooms begin to release their juices, continue to cook over a high heat for about 10 minutes until all the excess moisture has evaporated and you are left with a mushroom paste (known as a duxelle). Remove the duxelle from the pan and leave to cool.

Cut the pastry in half, place on a lightly floured surface and roll each piece into a rectangle large enough to envelop one of the beef fillets. Chill in the refrigerator.

Lay a large sheet of cling film on a work surface and place 4 slices of Parma ham in the middle, overlapping them slightly, to create a square. Spread half the duxelle evenly over the ham.

Season the beef fillets, then place them on top of the mushroom-covered ham. Using the cling film, roll the Parma ham over the beef, then roll and tie the cling film to get a nice, evenly thick log. Repeat this step with the other beef fillet, then chill for at least 30 minutes.

Meanwhile, make the red wine sauce. Heat the oil in a large pan, then fry the beef trimmings for a few minutes until browned on all sides. Stir in the shallots with the peppercorns, bay and thyme and continue to cook for about 5 minutes, stirring frequently, until the shallots turn golden brown.

Pour in the vinegar and let it bubble for a few minutes until almost dry. Now add the wine and boil until almost completely reduced. Add the stock and bring to the boil again. Lower the heat and simmer gently for 1 hour, removing any scum from the surface of the sauce, until you have the desired consistency. Strain the liquid through a fine sieve lined with muslin. Check for seasoning and set aside.

When you are ready to cook the beef wellingtons, score the pastry lightly and brush with the egg wash again, then bake at 200°C/Gas 6 for 15-20 minutes until the pastry is golden brown and cooked. Rest for 10 minutes before carving.

Meanwhile, reheat the sauce. Serve the beef wellingtons sliced, with the sauce as an accompaniment.

Eton Mess is easily one of Britain’s favourite desserts. It involves no cooking and can be whipped up in minutes, and the strawberries and cream carry memories of Wimbledon and idyllic summer afternoons. This recipe, from popular young chef Sam Stern’s first cookbook Cooking Up A Storm, is as delicious as it gets.

Chuck in a bowl and splash with orange juice or wine. Add icing sugar (optional)

Put cream, meringues (save some to put on top) and fruit in a bowl and stir gently for marbled effect

Spoon into glasses, tumblers or a big bowl, sprinkle with some saved meringue and serve.

Rich and comforting, toad in the hole conjures up images of cosy family dinners and childhood tea times. No wonder that it’s one of Britain’s most popular dinner choices. The key is getting the Yorkshire Pudding right, and this recipe by Waitrose uses classic British ingredients and simple techniques, for a result your whole family will love.

Preheat the oven to 200°C, gas mark 6. Place the flour in a bowl and season. Make a well in the centre and crack in the eggs. Whisk into the flour, gradually adding the milk until you have a smooth batter. Leave to rest for 15-20 minutes, but ideally for at least 1 hour.

While the batter is resting, place the oil and sausages in a 22cm square roasting tin and roast for 15 minutes.

Increase the oven to 220°C, gas mark 7. Pour the batter into the tin and cook for a further 20-25 minutes until puffed and golden.

This rich, tomato based curry is one of Britain’s favourite dishes, either to buy as a takeaway or make at home. Though its origins are unclear, it’s widely accepted that it originated from a South Asian or Pakistani community in the UK, making it the perfect blend of British and international flavours. If it’s your first time making the dish, this recipe by the BBC provides plenty of guidance.

Heat 4 tbsp vegetable oil and 25g butter in a large, lidded casserole on the hob, then add 4 roughly chopped onions and a pinch of salt. Cook for 15-20 mins until soft and golden.

Add 6 tbsp chicken tikka masala paste and 2 red peppers, cut into chunks, then cook for 5 mins more to cook out the rawness of the spices.

Cover with a lid and gently simmer for 15 mins, stirring occasionally, until the chicken is cooked through.

Season, then set aside whatever you want to freeze. Scatter the rest with coriander leaves and serve with basmati rice and naan bread.

A great recipe for a simple Victoria Sponge Cake should be in every cook’s arsenal. The delicious cake is popular with all ages and perfect for any occasion, be it a birthday or a visit from special guests. This recipe has been handed down through the generations in my family and never fails me.

(Tip: I personally don’t weigh the dry ingredients above. Instead, I weigh the eggs and then add those ingredients as the same weight. This ensures I always have the perfect ratio).

Add all ingredients except the jam into a large mixing bowl, then combine. If using an electric mixer, start off on a slow setting then increase speed gradually.

Combine until creamy and pale. If the mix starts to curdle, sprinkle in more flour.

Divide evenly into two shallow cake tins lined with baking parchment, and gently smooth to ensure an even spread throughout the tin.

Bake for 25 minutes at 180 degrees, or until golden on top. Check doneness by inserting a cocktail or kebab stick. The cake is done when it comes out clean.

Remove from oven and allow to completely cool in tins. While waiting, whip the cream until it forms stiff peaks.

When cool, spread bottom half with a thin layer of jam, followed by cream, then add the top half. Optionally, dust the top with icing sugar to decorate.