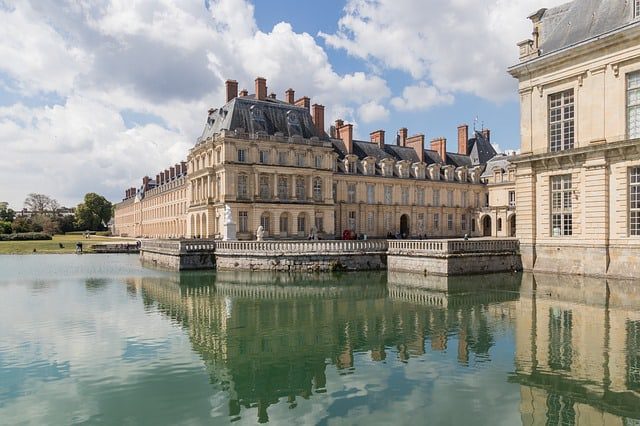 Something that is awesome about living in France? The country is literally crawling with castles. If you are a history buff like me, you know that this means paradise. There’s so much to see…and to learn! Entering into many of these places is like being brought back in time, and I’d like to give you my 5 reasons to visit the Château de Fontainebleau. 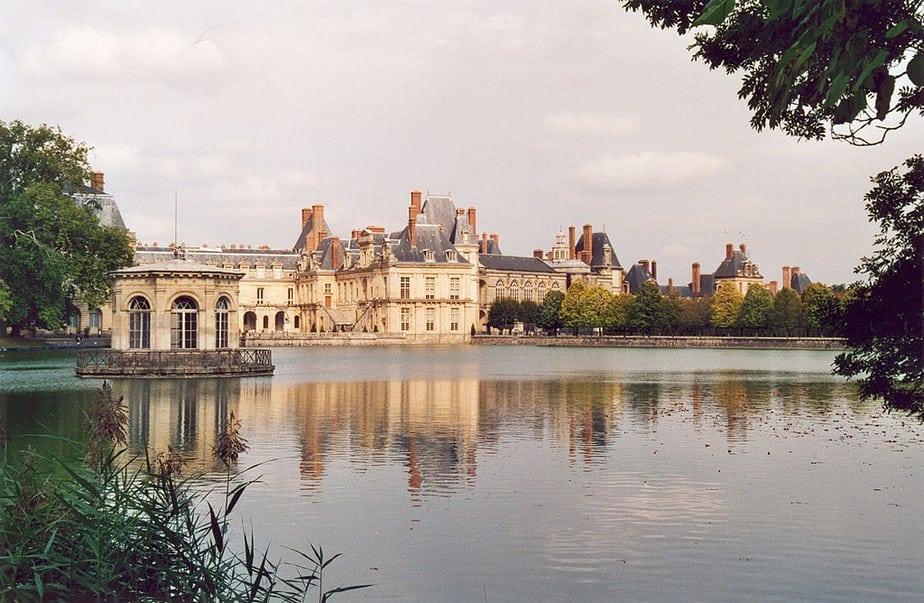 Before I jump into some reasons why I love this castle, I’d like to start with some background on it. The commune of Fontainebleau is located about an hour outside of Paris to the southeast, and is very easily reachable by train.

If you’re a France veteran, you’ve probably visited the Louvre, Versailles, or maybe the castles in the Loire Valley. You may have never even heard of the Château de Fontainebleau. Well, I suggest you pull out your maps and get planning, as this Château is really something to be seen.

The Château de Fontainebleau is a museum and a UNESCO World Heritage Site, and justly, as it predates the Louvre by 50 years, and Versailles by 5 centuries. French royal families such as Capétiens, Valois, Bourbons, Bonaparte and Orléans have all resided within its walls, and it is the only royal castle in France to have been steadily lived in for eight centuries straight. So why isn’t it as famous as it’s other château counterparts?

It could be because although the castles was always inhabited, it was only for a few months out of the year, as the château is what one could call a glorified hunting lodge. The forest of Fontainebleau is the second largest national forest in France, perfect for all of those French kings who enjoyed hunting. But, when I say glorified, I mean glorified, as after the coming and going of so many kings and their courts, the “lodge” has become a royal palace in it’s own right!

It remains a mystery as to why the Château de Fontainebleau has remained in the background as far as famous French castles go, but do yourself a favor and take a visit. Need more reasons why? Read on!

1. Fontainebleau tends to be less crowded than Versailles. 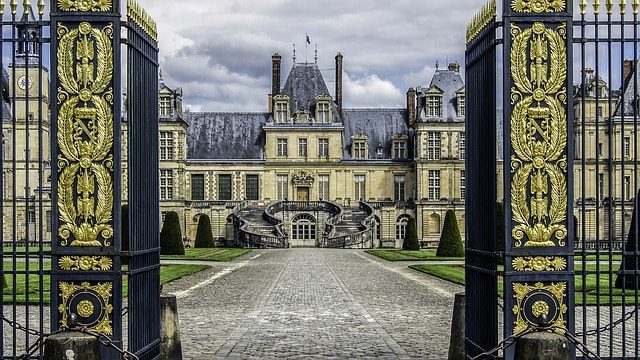 Castle of Fontainebleau by publimode – pixabay

The first time I made it out to visit the Château, I was with my uncle who had decided to make the big leap across the Atlantic to come and see what my new Parisian life was all about. I remember warning him that there may be a long line to enter the castle – but I swore that once we entered, I knew it would be worth the wait!

Low and behold, when we arrived, we waited in line for about 10 minutes, and found that we practically had the place all to ourselves! If you’ve ever visited Versailles, you know that that is a big change from the throngs of people, notably in the King and Queens bedrooms. This was one time I was really happy to be wrong, and it was a great way to spend a wintery and rainy Sunday.

Think what you will of the ill-fated French queen Marie Antoinette, but the French royal really knew how to live lavishly. Of course, it was completely at the expense of her poor citizens!

That being said, her chambers at Versailles, and her Petit Trianon are works of art, and she wasn’t skimping on her digs at the Château de Fontainebleau either. When I entered this section of the castle, I was taken aback by the luscious fabrics and touches of the exoticism decor that was so popular at the time. This is just one of the two boudoir’s that King Louis XVI had commissioned for his wife. Knowing the history of their essentially loveless marriage, I wonder if this was Louis’ way of trying to win over the queen?!

3. There are four museums located within the castle of Fontainebleau 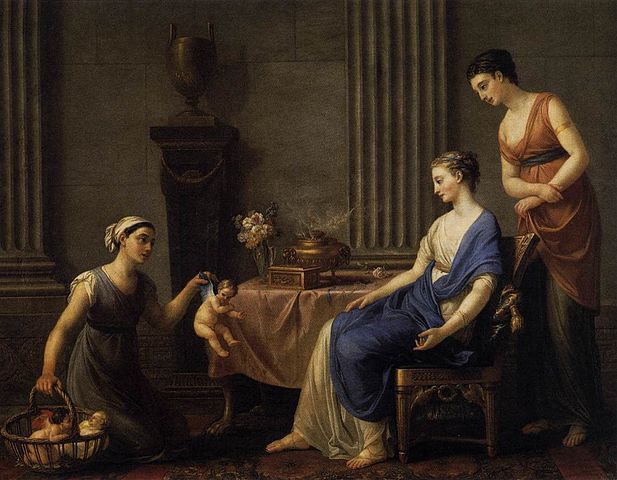 Talk about making good use of space! Inside the chateau there are museum spaces dedicated to: The Empress’ Chinese Museum, The Napoleon I Museum, The Galerie de Peinture (Paintings Gallery), and The Furniture Gallery.

4. The gardens at the Château de Fontainebleau are breathtaking 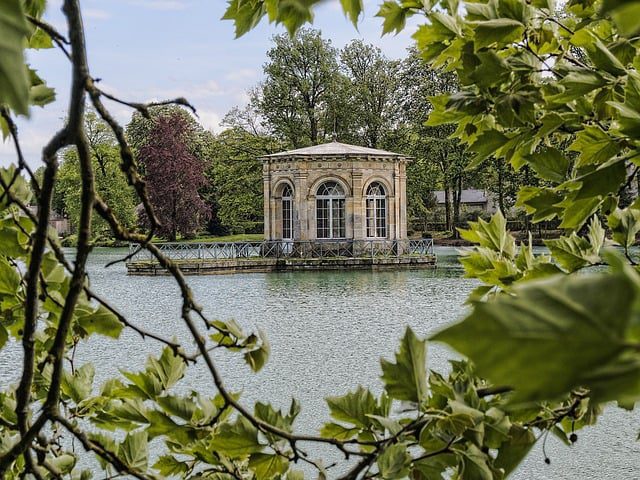 The gardens of the Château de Fontainebleau are truly amazing in their own right, and honestly in order to do the entire castle and the surrounding gardens and forest, I recommend that you spend a few days on the grounds! I know that when I visited, heading outside was one of my favorite parts. Don’t get me wrong – the opulence inside is beautiful, but I’m a nature lover at heart.

There is an English garden, the queen’s private garden, a lakeside pavilion, to name a few of the outdoor places just ready to be wandered through. Not to mention the massive park 130 hectares large whose creation dates back to the 17th century.

All of this does not include the Fontainebleau forest! As I said, if you take an entire day out to explore the green spaces, you won’t regret it!

5. There are 3 stunning chapels inside the Château de Fontainebleau 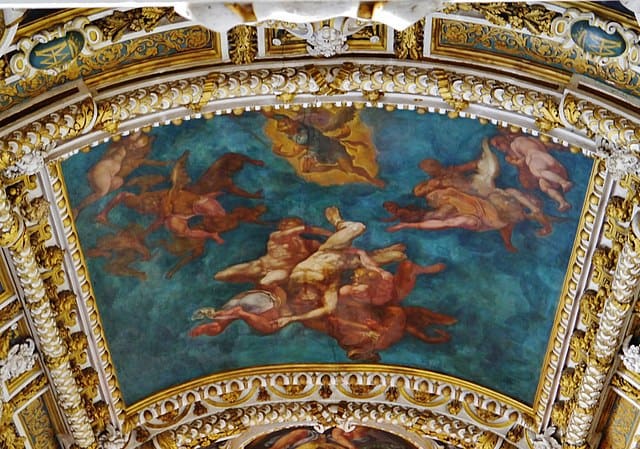 These chapels are so impressive that you don’t need to be of any certain faith to appreciate them. The Chapel of the Trinity, The chapelle basse Saint-Saturnin, and The chapelle haute Saint-Saturnin are the names of the 3 sanctuaries inside the Château de Fontainebleau.

A bonus for music lovers – Lana del Rey’s famous music video for her song Born to Die was filmed in the Chapel of the Trinity. I’d be lying if I didn’t tell you that was a special moment for me to see in person, as I am a huge fan! 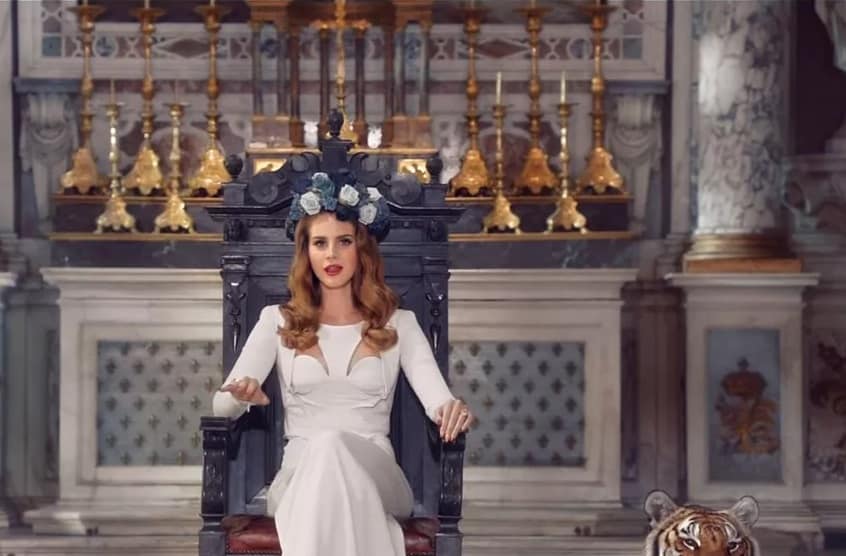 And the moral of the story is…

If you’re in Paris and looking for a great day trip out of the city, I definitely recommend checking out the Château de Fontainebleau!