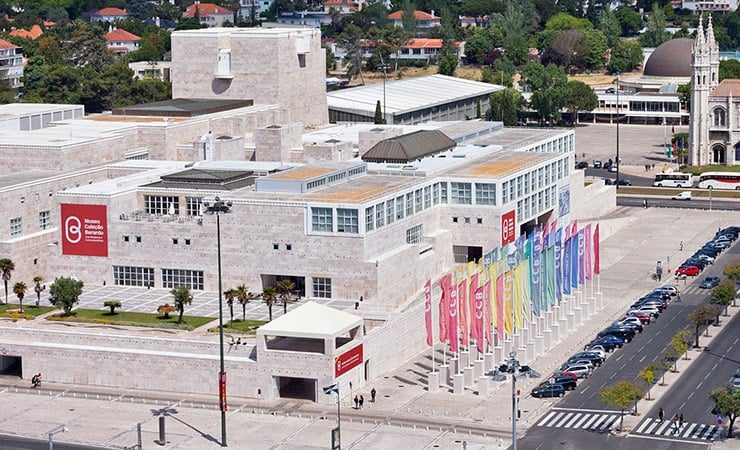 If you’ve traveled through other destinations in Europe it is not unlikely that you’ve seen the Museu Coleção Berardo logo before. It is a popular graphic printed on merchandise at the museum in Lisbon, and tote bags & t-shirts seem to make their way around the globe without much effort.

There are many distinguished art museums in the Portuguese capital. The Museu Coleção Berardo is consider the most major one, with the MAAT following close second. 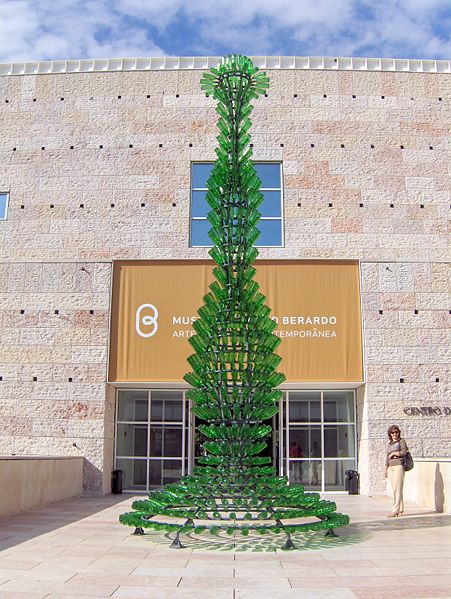 Both the Museu Coleção Berardo and the neighborhood in which it exists, Belém, are worth a visit during your time in the city. Here are five reasons to get you moving down south.

1. It is the Most Visited Museum in Lisbon

It really is.  This space attracts over one million visitors per calendar year and that number is constantly on the rise.

The Museu Coleção Berardo is the main modern and contemporary art museum in the city. It is comprised of two permanent exhibits and three temporary, rotating ones which make the space worth visiting more than just once in one’s life. 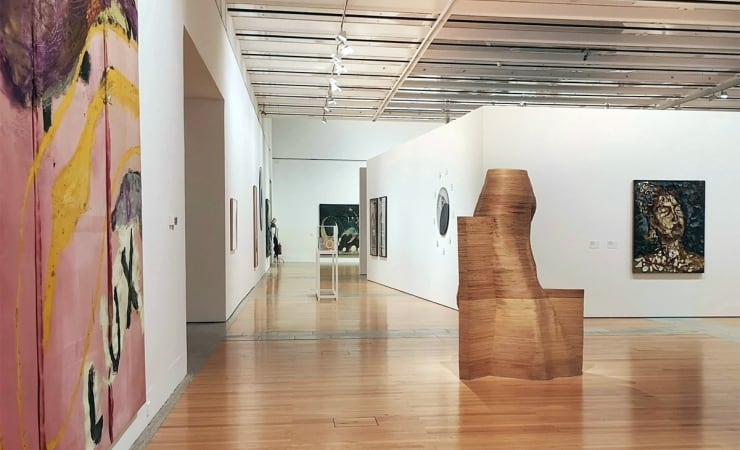 The Museu Coleção Berardo tries to keep the range of artists quite diverse. Inside the space you’ll find works from everyone from Warhol to Picasso; Duchamp to Bacon.

What I like most about the curation of the exhibits is that they are always presented within a chronological framework of the artistic movements from which the pieces arose. It gives the museum flow without one having to focus too hard on dates and placement of works throughout history.

2. It is Situated in Belém in Lisbon

The Museu Coleção Berardo is situated in the southern coastal region of Belém.

This is a laid-back part of Lisbon where visitors come to enjoy seafood and drinks by the Tagus waters. There are also major landmarks in this part of town, such as the Belém Tower, making it the ideal neighborhood for a free guided walking tour.

The Belém Tower is actually within walking distance from the museum once you’ve reached the shoreline. 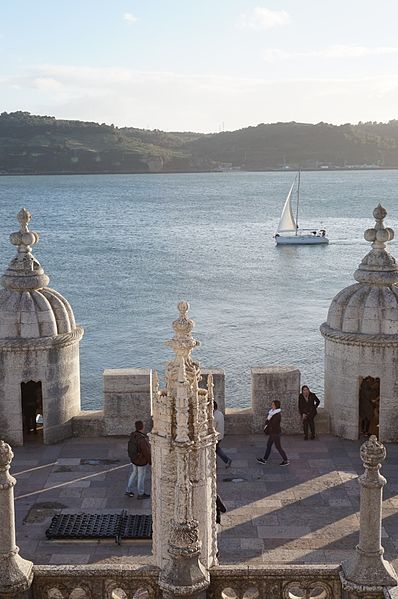 In terms of cultural activities and things to do, Belém somehow became the location of choice in which to set up these educational hubs. Two blocks north of the museum is the Lisbon Planetarium and the Lisbon Maritime Museum.

On the grounds just next door to the Museu Coleção Berardo you’ll find the massive garden of Belém, a public park ground with a special garden dedicated to Vasco da Gama. The Belém Lighthouse is directly in front of the museum on the shore with the Lisbon Pop Art Museum within close proximity.

Belém: the one stop shop for all things cultural in Lisbon!

3. There is a Rooftop Terrace and Garden

The surrounding streets of the Museu Coleção Berardo, as well as the exhibit rooms of the museum, tend to be chaotic and filled with foot traffic at the best of times.

While this is absolutely manageable for a few hours, eventually one finds themselves in need of a break and some sort of replenishment.

The rooftop of the Museu Coleção Berardo is somewhat of an attraction of its own. The museum organizers have used the entirety of the top level to build an exquisite rooftop garden. 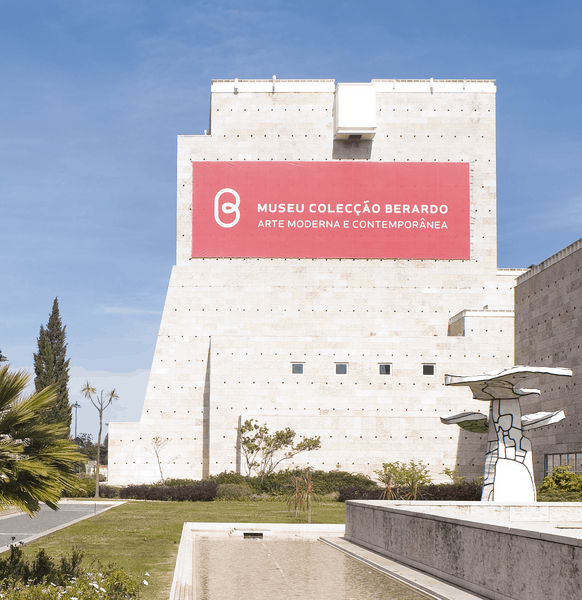 It is constructed in a labyrinth-type style that visitors can walk through to unwind. The rooftop is free for the public to visit, no need to pay the full museum admission fee to gain access.

Also situated on the rooftop, is the Museu Coleção Berardo cafe. As far as museum cafes go one can never be too optimistic. This one, however, was surprisingly impressive.

The menu is mostly comprised of pizza or sushi, both of which are made from scratch while you wait and even watch. The friend I visited the museum with had the pizza; I had the chocolate cake — both were subjects of positive conversation for a short while afterward!

4. It is Suitable for Children in Lisbon

The Museu Coleção Berardo features a unique wing known as the Educational Department of the museum. Within this department there is a carefully crafted program directed at children aged 2 years old upward. 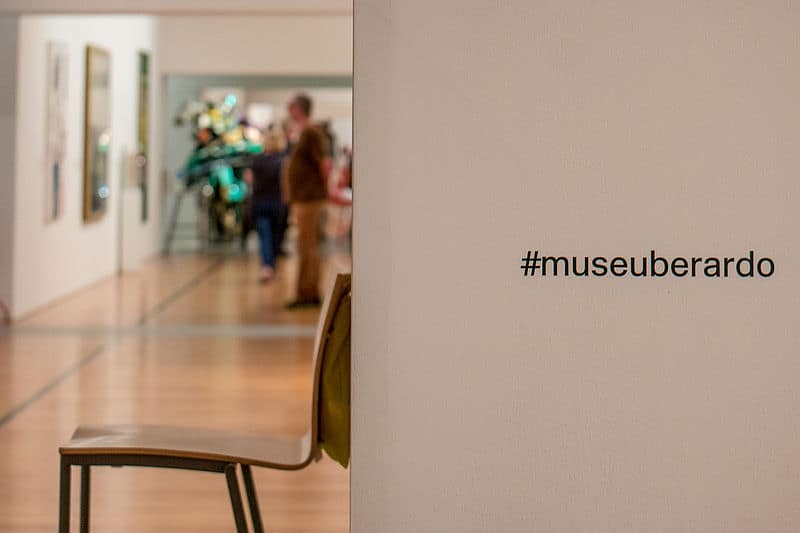 The program seeks to explore ways in which children can begin to engage with contemporary art from as young as possible. The goal is long term learning and as a result this museum is one of the most kid-friendly spaces in the area.

You’l also have the option of taking a guided tour of the space with your child and have it presented in an understandable manner for all who are present — fun for the whole family.

5. Admission is Free on Saturdays in Lisbon

Most museums in Europe have a specific day, or at very least a specific time slot, wherein admission to the space is completely free.

For the Museu Coleção Berardo this happens on Saturdays. All fees are waved and the public are free to explore the space as they please. 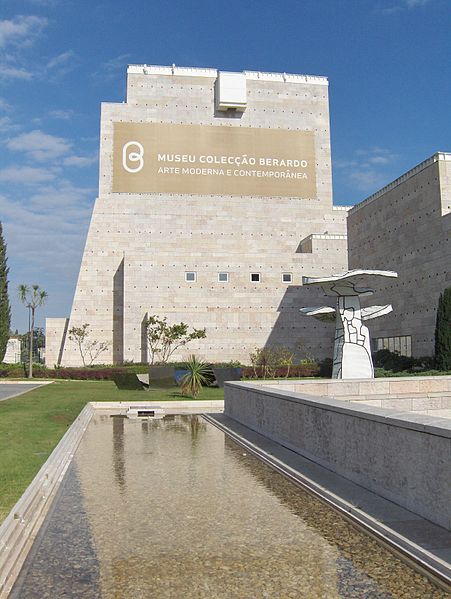 This is convenient because Belém happens to be best explored on a Saturday anyway, in my opinion. Being so far out of the city center, the weekday traffic getting to and from the neighborhood is hard to navigate. On weekends things are much calmer.

While many of the sites in Belém will still be crowded with tourists, it makes a difference when the roads and public transport are flowing more freely. There’s also something noticeably more enjoyable abut being near water on a weekend, do you know what I mean?