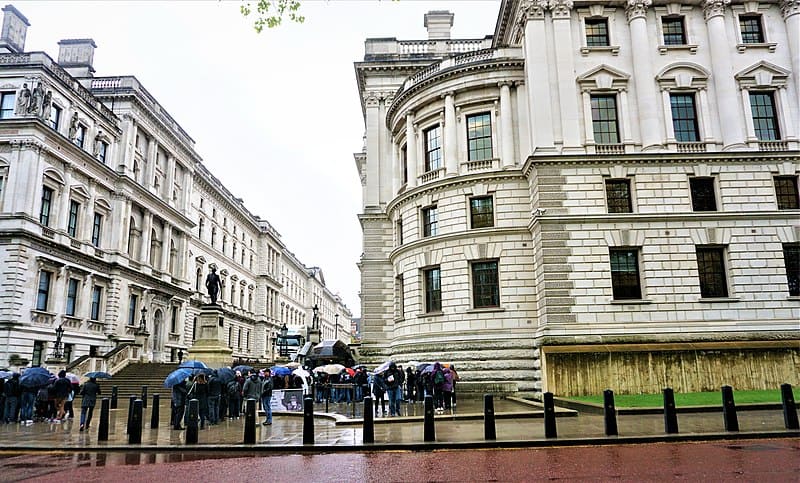 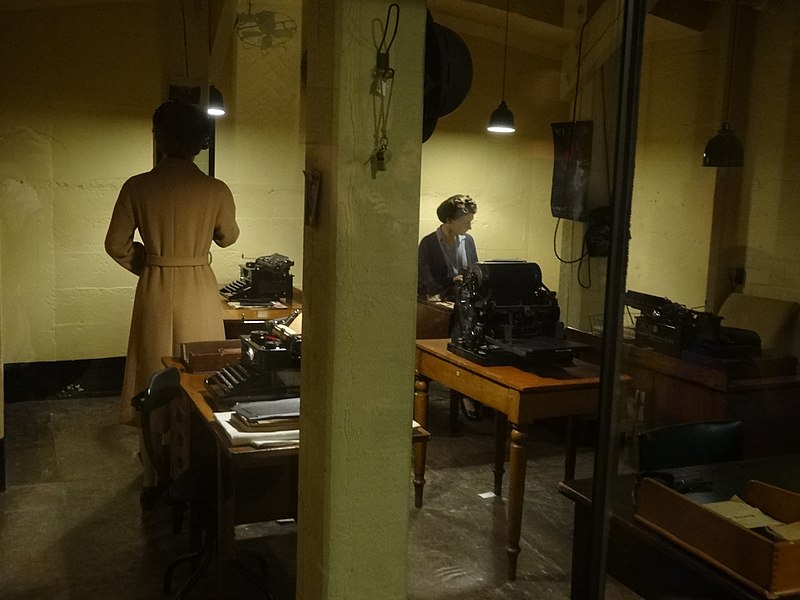 It’s commonly known that history was made in Churchill’s War Rooms. This labyrinthine bunker deep underground was the place where the leaders of the day made the decisions and developed the tactics which ultimately led to victory in the Second World War. On your tour you will get the privilege of walking the very corridors that Winston Churchill himself walked all those years ago, situated far underneath Westminster to keep him and the war cabinet safe from air raid bombings.

You can also visit the Churchill Museum, to learn his life story and discover his lasting impact on Britain as a whole. London as a city still bears many of the scars left by the Second World War. As you tour the city, you can still see potholes and cracks on older buildings which were caused by falling bombs nearby. Visiting a site with such a deep connection to the War, such as this one, will allow you to get a deeper understanding of London itself, and the ways in which it was shaped by the War as a city, and why it is still changing to this day.

2. You can’t see it anywhere else

The War Rooms are unlike any other historical site you’ll find anywhere else. It is true that countries across the world have their own fascinating World War II sites which visitors can see, from the Berlin Wall in Germany’s capital city, to the house of Anne Frank in the Netherlands.

However, Churchill’s War Rooms are entirely unique in their construction and design. After building was hurriedly completed just days before Britain’s declaration of War on Germany in 1939, the underground offices became of paramount importance to the government’s efforts to win the War.

After the war, the rooms were initially abandoned, but their historical importance was quickly recognised, and the rooms were carefully preserved before eventually being opened to visitors. Many other bunkers used for different purposes during the Second World War, such as the Atlantic Wall of concrete coastal bunkers built by the German Nazis, have since had to be abandoned.

Unlike these, the War Rooms have been carefully maintained to appear almost exactly in the state in which Churchill would have used them. This means that visitors are instantly transported to wartime London, with every detail exactly and it would have been back then. There are very few places where you can experience this era with such accuracy, realism and attention to detail.

3. It’s relevant to the whole world, not just the UK

The meeting rooms of the bunker are where decisions were made which affected entire nations, and continue to do so to this day. And whether or not that’s something which interests you, it’s truly fascinating to see the location which was so influential for much of the world. It’s not a free museum, but the cost of your ticket goes towards supporting and maintaining the bunker and its incredible exhibits.

The story of the War Rooms can be told in the tiny details, such as the marks on the arm of Churchill’s chair where he gripped it in concentration, or the warning on a telephone which states that your conversation may not be private. It’s these little details which tell you so much about the story of the War, and the way in which it shaped the world during and after it.

4. You can learn more about the secrets of World War Two 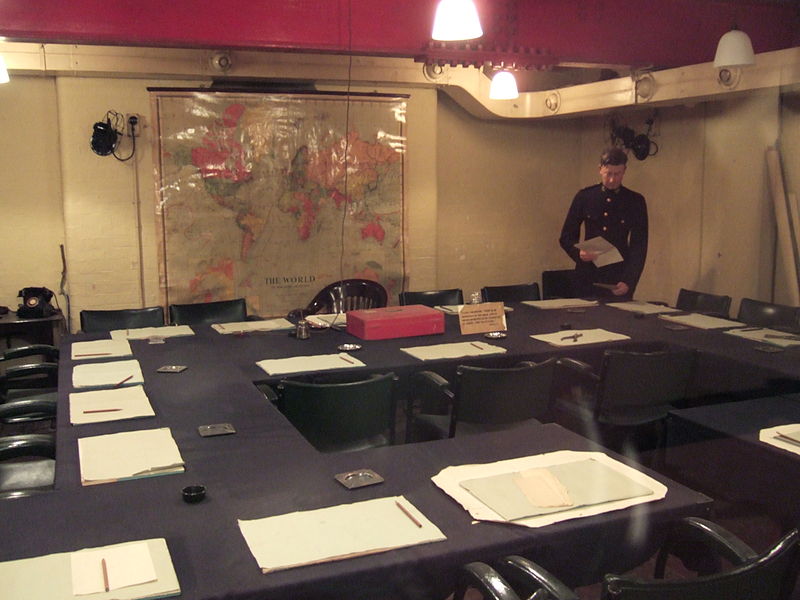 If you think you learned all there is to know about the Second World War at school, think again. Aside from being a fascinating place to visit in itself, the bunker can also teach you all sorts of little known facts about the war effort.

For example, although the rooms were situated underground to protect the War Cabinet from bombs, did you know that they’re not actually located that far down? Only 12 feet to be precise, which is nothing compared to the 180 foot depth of Hitler’s bunker.

It’s generally agreed that a direct strike from a bomb would have caused it significant damage, perhaps even destroyed it completely. Luckily that never happened, which is why we can enjoy the rooms in such pristine condition today.

Among the artifacts on show at the museum is a real security pass used by staff as they worked, which had to be shown to guards at any time. Even Churchill’s bedroom was decked out with curtains which could be drawn over confidential maps if the wrong person were to enter the room. Try spying on that!

5. There’s a lot more to see than you think 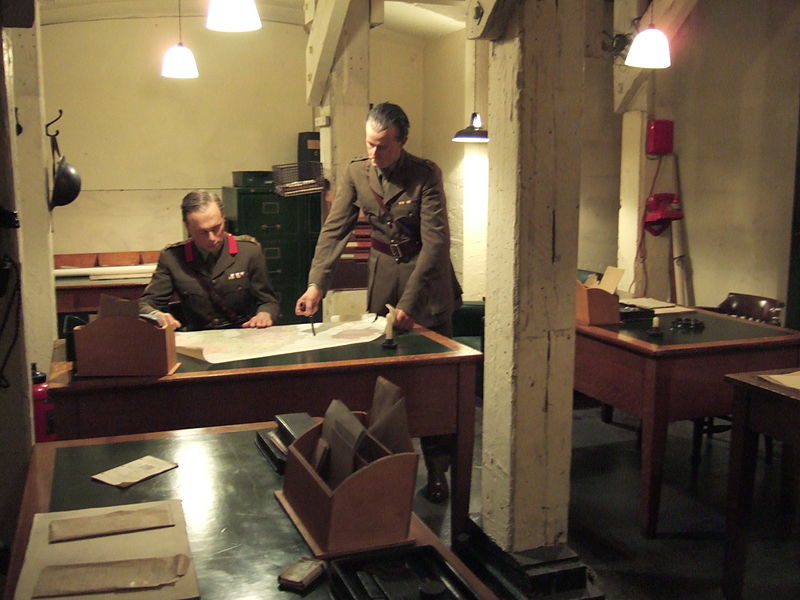 In order to get to the War Rooms you can exit the tube at either Westminster Station or St James’s Park station. From there, they are just a short walk to the location just opposite St James’s Park.

However, when you reach the front entrance, you might be surprised to see that it’s an extremely small, modern set of doors, quite unassuming when flanked by the grand terraced buildings either side of it. Don’t be fooled, however, as when you’re inside the museum it is considerably larger! The extensive warren of hallways, rooms and corridors takes a long time to fully experience, and more if you’re intent on seeing every detail.

Once you’re done exploring that section, there’s even more to see. Within the War Rooms is the Churchill Museum, a vast room dedicated to the whole life of Winston Churchill, from his birth at Blenheim Palace, his double tenure as British Prime Minister, to his death in 1965.

There are all sorts of displays within the Museum and the War Rooms which are included with your admission ticket, from in-depth studies of life in the bunker, to a look at Churchill’s relationship with the Middle East. There’s something to interest everyone in your group, whether you’re a serious historian or a fan of recent TV series which have featured Churchill, such as Netflix’s The Crown.

For more information and to purchase tickets, visit here.