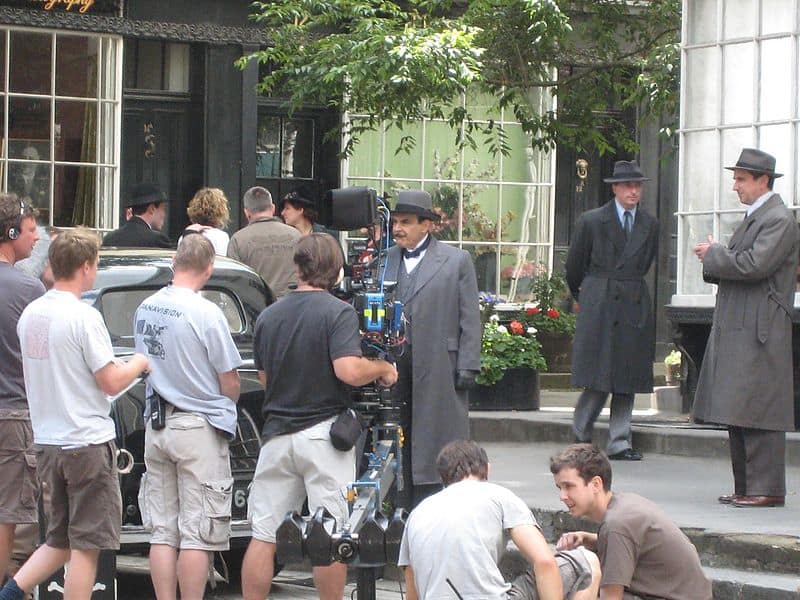 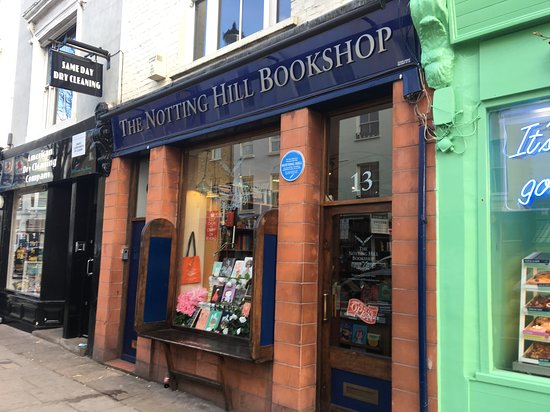 This smart little store is arguably one of the most famous book shops in London, as it’s one of the central locations in Notting Hill, the 1999 rom com starring Hugh Grant and Julia Roberts. One of the most famous and beloved romantic films of all time, it continues to charm viewers to this day, with tourists travelling from far and wide to visit the Notting Hill locations where the film was set and shot. The bookshop which is owned by Hugh Grant’s character, and where he first meets his love interest, Julia Roberts’s famous actress Anna Scott, is unsurprisingly one of the most popular of these.

In the film, the shop went by The Travel Book Company, but in actual fact it’s simply called The Notting Hill Bookshop, and has been since it first opened in 1979. After shooting to fame 20 years later thanks to the smash hit film, the shop has enjoyed a steady stream of visitors, eager to look at the books, admire the interiors that inspired the film, and sometimes even propose!

If you’re just on the look out for books, you can discover special editions, gift boxes and rare items in the shop today, along with a delightful and well stocked children’s section. Whether you’re a fan of the film or not, you’ll be browsing for ages.

The newest film on the list, Last Christmas is currently still wowing viewers in cinemas. Critics who have seen the film have often praised its London locations, which show a more realistic side to the city than we’re used to seeing in films, but while still remaining picturesque and festive.

There are plenty of famous locations from the film which you can visit in London, including Covent Garden and Seven Dials. However, for a tour which is slightly more out of the typical tourist way, take a trip to Brixton Outdoor Market, a vibrant and bustling collection of stalls used in several market and shopping scenes within the film. You might not see Emilia Clarke or Henry Golding, but you’re sure to discover a wealth of food and craft goodies, perhaps enough to see you through to next Christmas!

Greenwich is an extremely popular location for filmmakers, with its leafy parks, grand streets, and well-preserved period buildings. It comes as no surprise, then, that a number of high profile blockbuster films have been shot on location in and around the area. Specifically, you’ll probably recognise Greenwich’s Old Royal Naval College in a number of famous recent films, including Gulliver’s Travels and Thor: The Dark World. One of the most exciting scenes shot there, however, has to be the carriage chase scene early on in Pirates of the Caribbean: On Stranger Tides.

The elaborate Georgian buildings and sweeping boulevards of the Old Royal Naval College made a perfect stand in for the real Georgian London, and the scene in which Captain Jack Sparrow escapes from the clutches of the King’s guard by jumping between fast moving carriages.

To prepare for the shoot, paved roads were reportedly covered in gravel and soil, with huge blue screens erected to obscure the instantly recognisable views of the Thames and Canary Wharf which are usually visible behind the buildings of the college. However, all that is long gone, and you can enjoy both the incredible views and the famous historic College buildings when you visit. 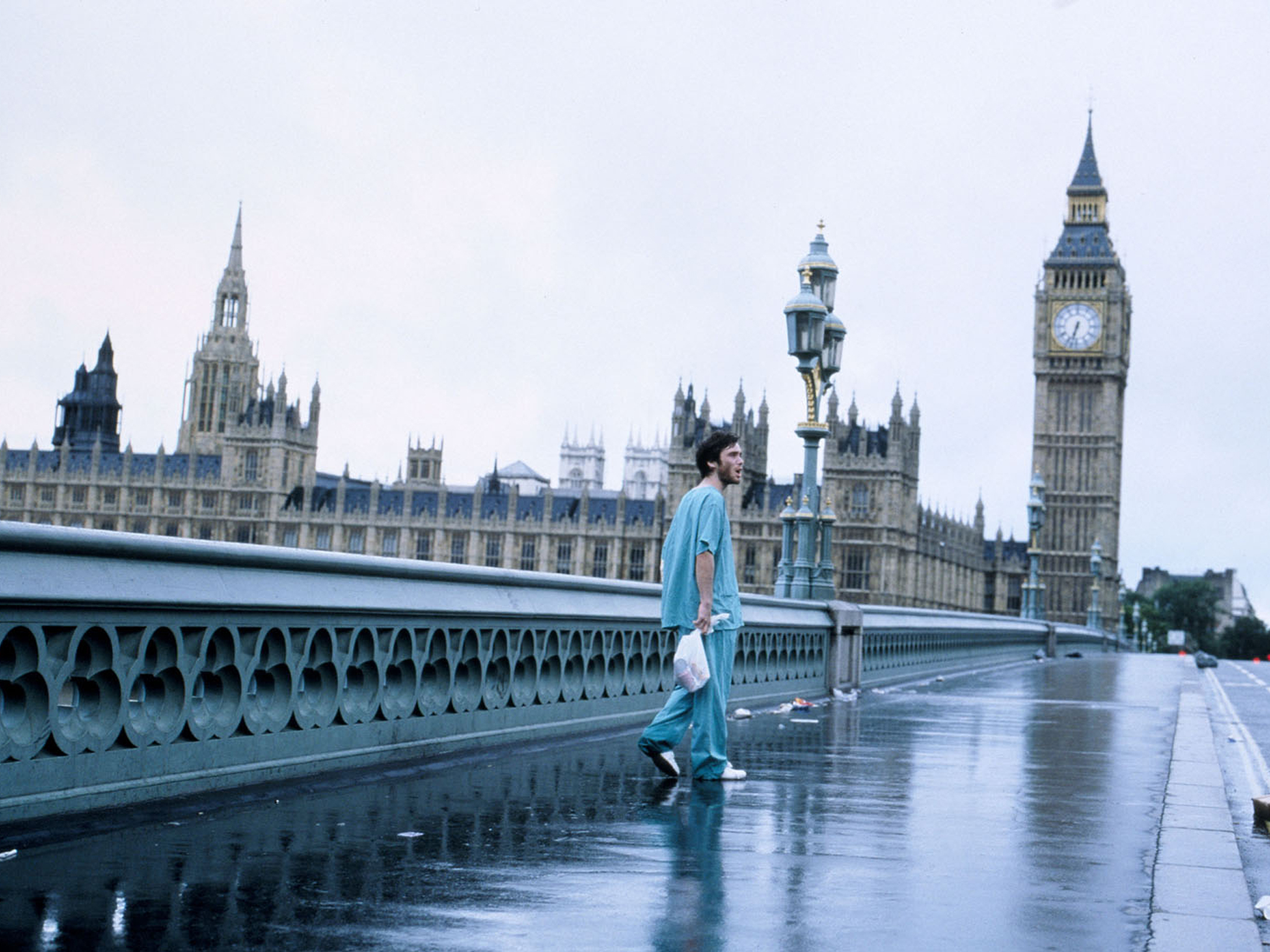 If you’re a fan of horror films, a trip to Westminster Bridge is an essential item to tick off your list on your visit to London. Before he was making films in Hollywood and winning Oscars, British director Danny Boyle hit the headlines for 28 Days Later, his terrifying zombie film which went on to define a whole era of British cinema, and the horror genre as a whole.

Westminster Bridge, with its sweeping views of the Thames and the Houses of Parliament, featured heavily in the opening montage of the film, quickly turning this low budget horror flick into an iconic piece of cinema which still resonates, and scares, to this day.

Famously, director Boyle and his team filmed these iconic scenes during the early dawn hours, as this is typically when London’s roads are quietest. Not able to shut such a vital road completely, they used intermittent blocks to stop the traffic just long enough to get a few good shots, as Cillian Murphy’s coma patient stumbles across the bridge in his hospital gown, wondering where the entire population of London has disappeared to in the time that he spent unconscious in hospital. Luckily, you too can wander along this iconic bridge, taking in the sights of the Palace of Westminster. You’ll probably see more traffic than you did in the film though, unless you visit at 5am! 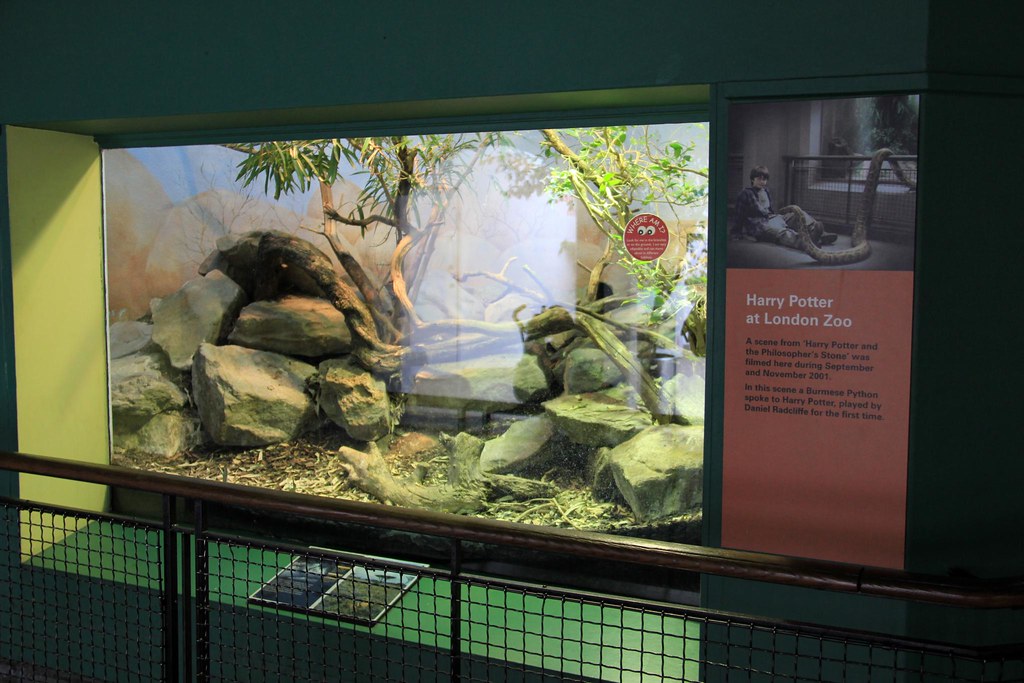 Almost everyone is familiar with the Harry Potter series, and who could forget their first viewing of that iconic early scene from the first film, Harry Potter and the Philosopher’s Stone? Seeing the colossal Burmese python rise up and speak to Harry in human words was a jaw dropping moment for many, and still remains one of cinema’s most iconic scenes to this day.

A trip to the Reptile House today will likely bring back all sorts of fond memories from seeing them film, as the exterior and enclosure haven’t changed much in the years since the film’s release. A helpful information card next to the window will help jog your memory about the scene’s exact location, and the bright surroundings are perfect for taking a few snapshots to remember your visit by.

Don’t worry, you won’t be discovering any dangerous pythons who speak English in the enclosure these days, and nor will they be slithering out of the glass in an escape attempt. The tank is currently occupied by the zoo’s black mamba. The large snake is certainly an impressive sight, albeit not a magical one. Elsewhere in the Amphibian and Reptile House, you can also discover rare species of frogs, lizards, and even crocodiles!