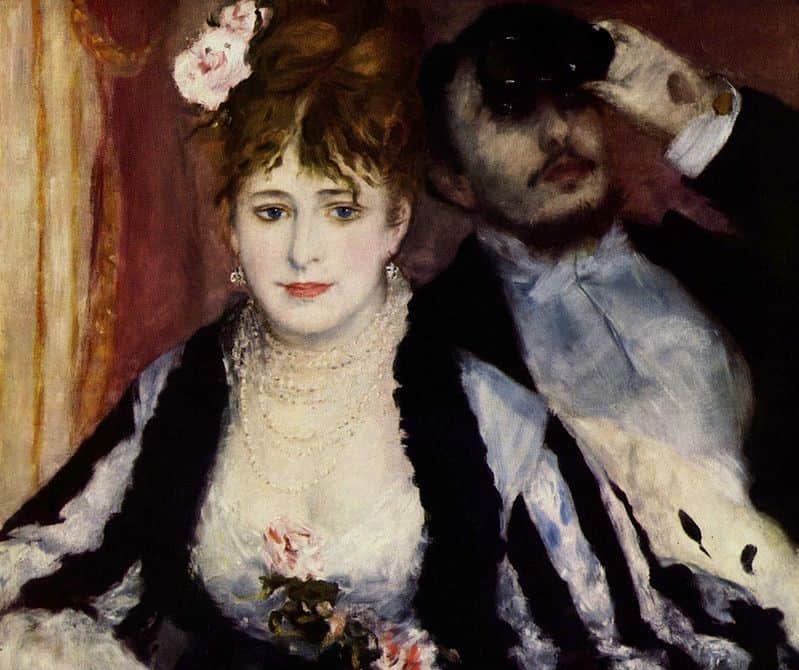 In this article, I will be introducing you to one of the most famous French painter, Pierre-Auguste Renoir, and sharing five interesting facts about him! If you like his works or simply are interested in art, this article is for you. Enjoy!

Born in 1841 in the French city of Limoges, Pierre-Auguste Renoir showed interest for art at an early age. He was the son of a tailor and a seamstress, his family and him moved to Paris in 1845. He was still a child when he started working in a porcelain factory as a decorator. At the age of eighteen years old, the artists started decorating and painting blinds and fans.

In 1862, Renoir started studying in the Academy of Fine Arts. Then, he was admitted to the academy of the Swiss painter Charles Gabriel Gleyre when he got to meet other artists, such as Claude Monet and Alfred Sisley, and other famous artists of the time as well that turned out to be an inspiration for his own works. He discovers artists that allowed him to find his own style. For instance, Manet greatly influenced the treatment of light in his paintings, while Delacroix influenced his use of colours. Renoir’s bright colours, his smooth traces and harmonic images invite the viewer into an imaginative and beautiful atmosphere where the presence of human forms in peaceful lyrical sceneries are highlighted.

Now that you know a little more about the French painter Renoir, read on and find out 5 interesting facts about him!

Renoir is one of the most important figures of the Impressionism 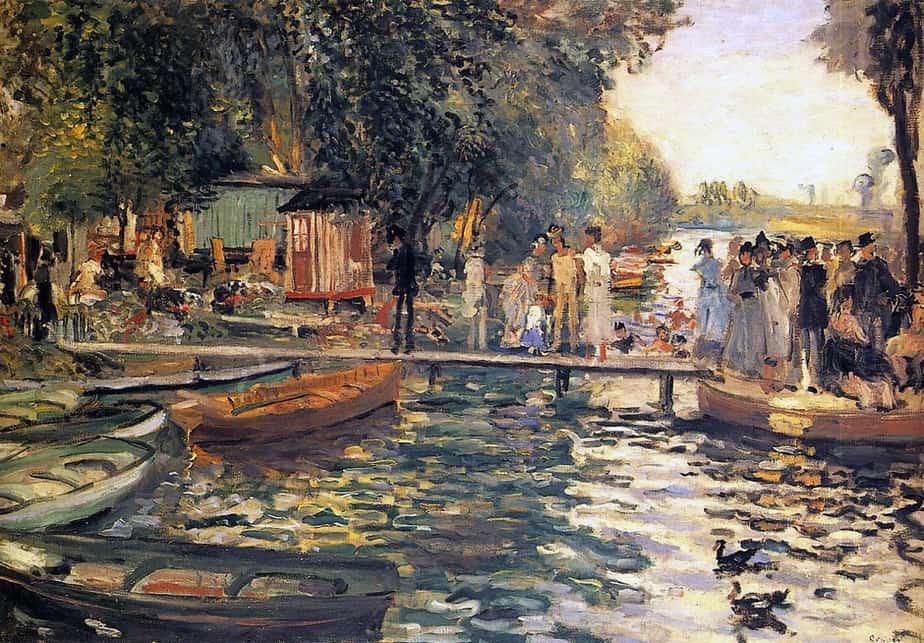 Renoir got admitted to the atelier of Charles Gleyre. That is where he met Claude Monet, Frédéric Bazille and Alfred Sisley. A strong friendship between the four men was born. They even used to go to the Forest of Fontainebleau where they painted landscape paintings. Ingres, Dehodencq, Gustave Courbet and Eugène Delacroix are some of his favorite artists. In some of his works, one can see their influences.

One day, he stayed at La Grenouillère, which is a former place of leisure that was very popular among the French, with Claude Monet. This stay was very important for the development of their art technics. They painted outdoors. Renoir’s colour palette evolved during this time. The treatment of light and the shading technics are much better and appealing. While Monet enjoyed painting the landscape, Renoir preferred painting human figures.

In 1876, he moved in an atelier, located at 12 rue Cortot in Montmartre, which later became the Musée de Montmartre in 1960.

The Impressionism in an art movement of the nineteenth century. The Impressionists preferred representing their impressions rather the reality. If you look at Claude Monet and Auguste Renoir’s masterpieces, you will see that they definitely are the most famous representatives of this movement. Visit the Musée d’Orsay to have a look at their rich collection of Impressionist art, you will love it! 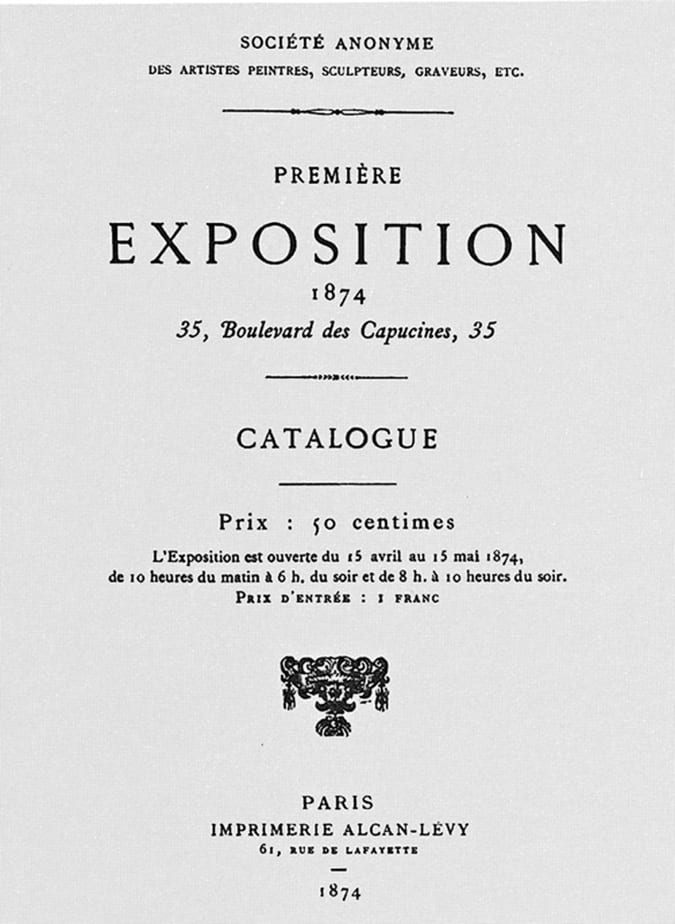 In 1874, he was asked to participate in the first ever Impressionist painters exhibiton, which is the “Première exposition des peintres impressionnistes” in French. This exhibition has both praised and criticized by the press. One thing is certain, it gave due importance to the artists who got to exhibit. Some artists didn’t really appreciate to be qualified as Impressionists, but the exhibition allowed them to earn recognition and fame around the world.

He loved the Louvre Museum 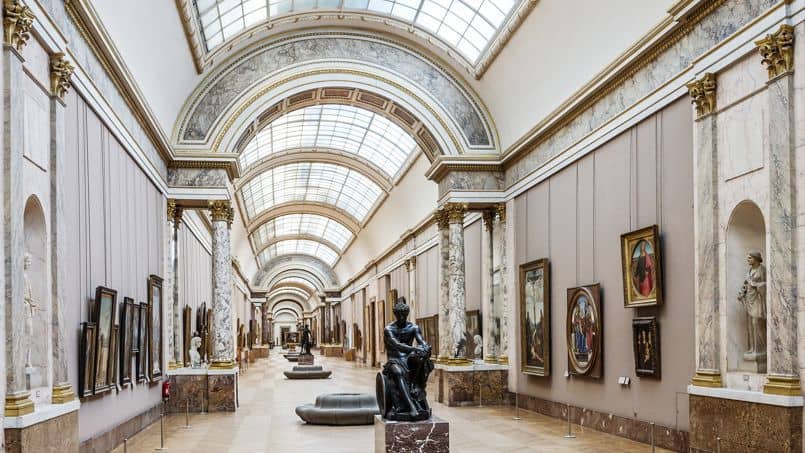 As a child, Renoir used to visit the Louvre Museum quite often since it was located near the porcelain factory he used to work at. He used to walk the museum alleys for hours, admiring the works of the exhibited artists. Renoir also loved to copy the great works of art, that’s how he eventually taught to paint on his own.

He was passionate about art and continued painting until his final breath. Before dying, he made sure he “paid one last visit” to the Louvre Museum. He died from a lung congestion on December, 3 of 1919.

>> Read this article to find out a few tips on visiting the Louvre Museum.

He explored different art movements and technics during his life

During the 1870’s, Renoir tried new technics for his paintings. He loved painting scenes of the Parisian popular life, with colorful and fluid touches, playing with the textures and light. He also painted a few nudes. 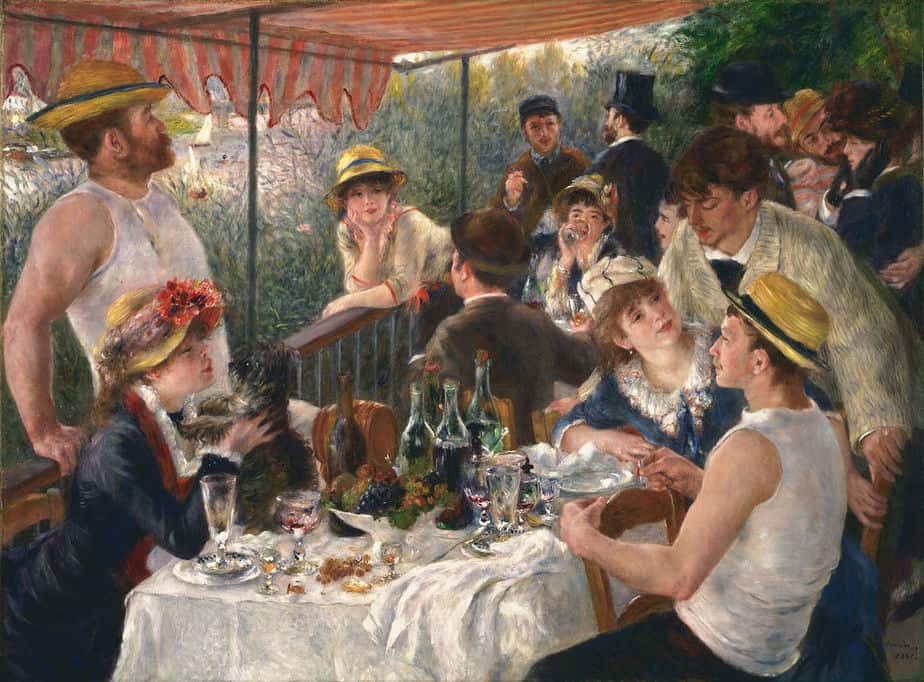 During the 1880’s, he distanced himself from the Impressionism. The lines were clearer, the contrasts were marked, as you can see in Déjeuner des canotiers. His paintings represented the return to the classicism.

Some of Renoir’s works are very sensual. He enjoyed emphasizing the nudity and focusing women in some of his masterpieces. But, during his life, he explored different art styles and technics. His earlier productions included landscapes and sceneries, then he started painting portraits. For a certain time, his classical roots were seen in his works, where he focused on the details of the figures represented in his paintings.

His most famous work 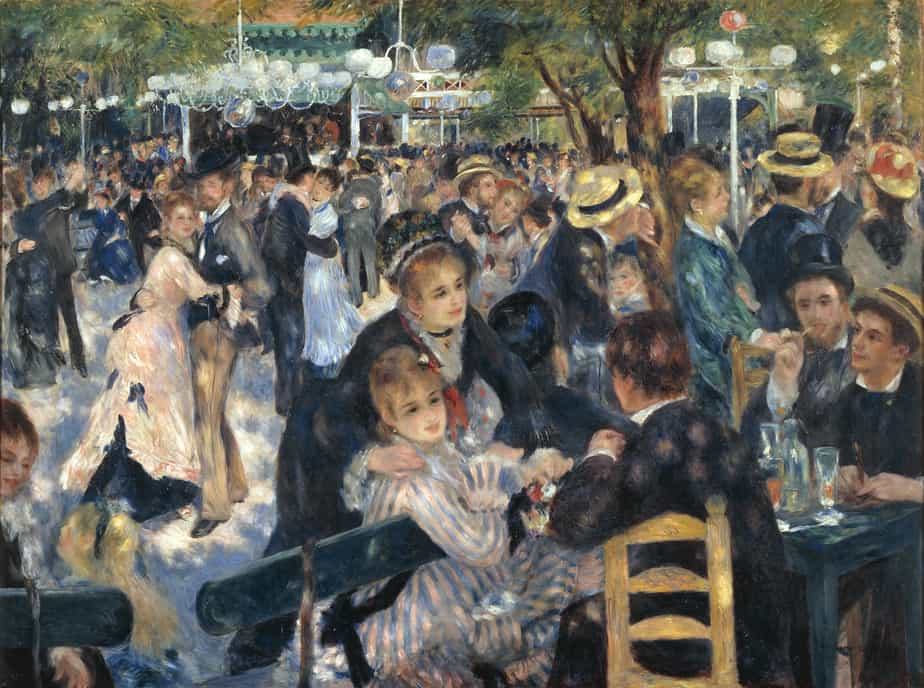 This is an outdoor scene. By the looks, it’s a sunny sunday afternoon. Renoir painted some of his friends, some regular customers. Renoir represented a foyful crowd that dances, drinks, talks, smokes, which is very representative of the Parisian life. 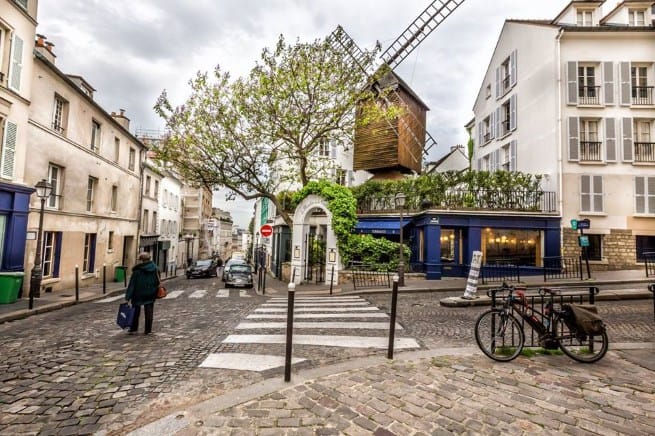 The Moulin de la Galette was one of the most popular cafés of Montmartre. As the entertainment industry started growing, this café gained a lot of notoriety. People used to gather there by 3 pm and spend the whole day together. The light-hearted atmosphere of the place inspired freedom and pleasure, bohemian friends and artists met there and had fun for hours. Many painters used to come and paint some scenes of the place. Generally speaking, the works of Renoir expressed joy and cheerfulness, which is why he was called “peintre du bonheur“, meaning painter of happiness in English.

My article about 5 interesting facts about the French painter Renoir is now over! I hope you’ve enjoyed reading this article. Feel free to share your own knowledge about Pierre-Auguste Renoir. If you want to know even more about the painter and the Impressionism movement, you definitely should visit the Orsay Museum! You will love their collections. Don’t hesitate to contact us if you need further information about anything! See you soon in Paris!