3 Things to Learn from Barbès Rochechouart 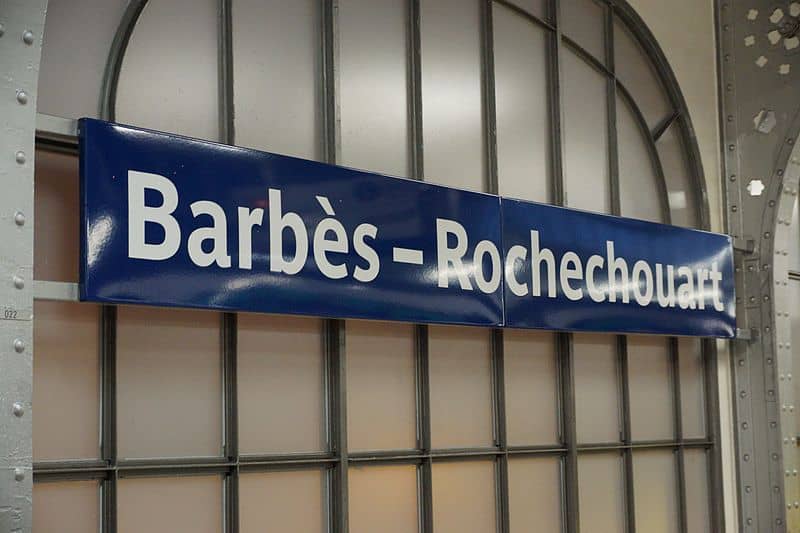 3 Things to Learn from Barbès Rochechouart

Since I spend so much of my time roaming around Montmartre, it was inevitable that I’d eventually wander on into the Barbès district nearby.

The Barbès neighborhood is situated east of Montmartre and Pigalle, at the lower and of the hillsides. Barbès Rochechouart, more specifically, is the point where the 9th, 10th and 18th arrondissements come together in a single point marked with a metro station. 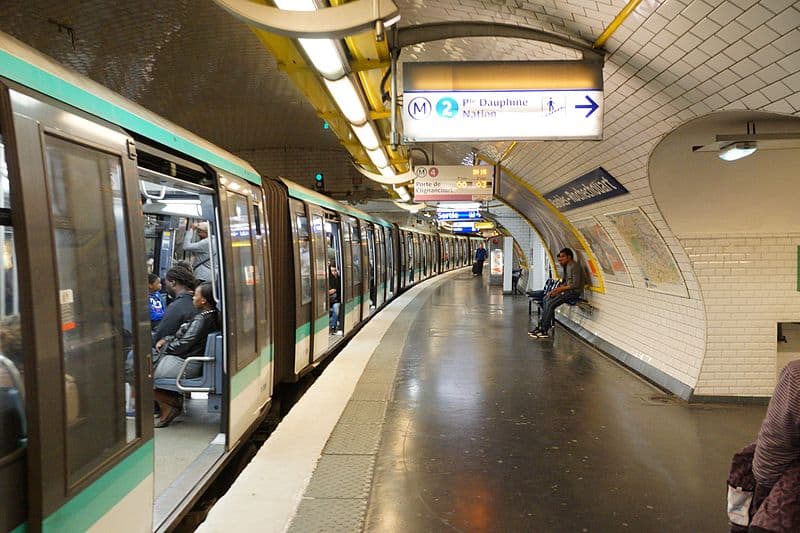 The overwhelming popularity of Montmartre tends to leave the area around Barbès Rochechouart somewhat in the shadows. This is a part of Paris yet to have been infiltrated by the hundreds and thousands of tourists that flock to the north for sites like the Sacre Coeur and Montmartre Museum.

Barbès remains a relatively local part of town. Like all notably local districts in Paris, the food is good, the street life is vibrant and there is much to see and learn. Here are three major ways my awareness of this area shifted after I made my first visit.

1. There is a Large Arab Community Living in Paris

The presence of immigrants in Paris is as common as street art is in Belleville; Paris is an inclusive and eclectic European city & one can find large communities of North African, Indian, Chinese and even American people living in different arrondissements.

As you make your way around the lively streets surrounding Barbès Rochechouart, you’ll come to realize what a sizable Arab community Paris holds as well.

You don’t have to venture very deep into Barbès to observe this cultural shift. Located just underneath the Barbès Rochechouart you’ll find the bustling Barbès Market. 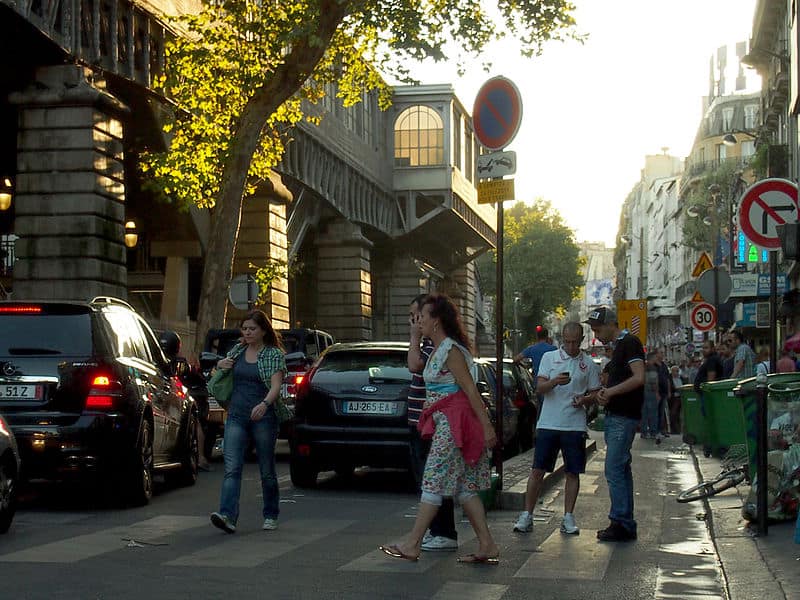 Open on Wednesdays and Sundays, the Barbès Market is a melting pot for the locals of this district; individuals in traditional African dress, French locals looking for the best bargains, and Paris’ Arab communities also buying and selling within the market place.

The market is mostly centered around fresh produce. Due to the culturally diverse nature of this suburb, spices and imported coffees also make up a big part of the merchandise. To my delight, olives are taken very seriously in this market and you can purchase a kilogram of your favorites for under €4.

The halal influence in the Barbès neighborhood means you won’t find any fresh pork for sale in the market place.

Walking through Barbès Rochechouart is a sensory overload unlike any other market in Paris. Between the diversity of foods to the diversity of people, you won’t know where to direct your attention. A beautiful and unique excursion in the city, that also doesn’t have to cost you anything at all . 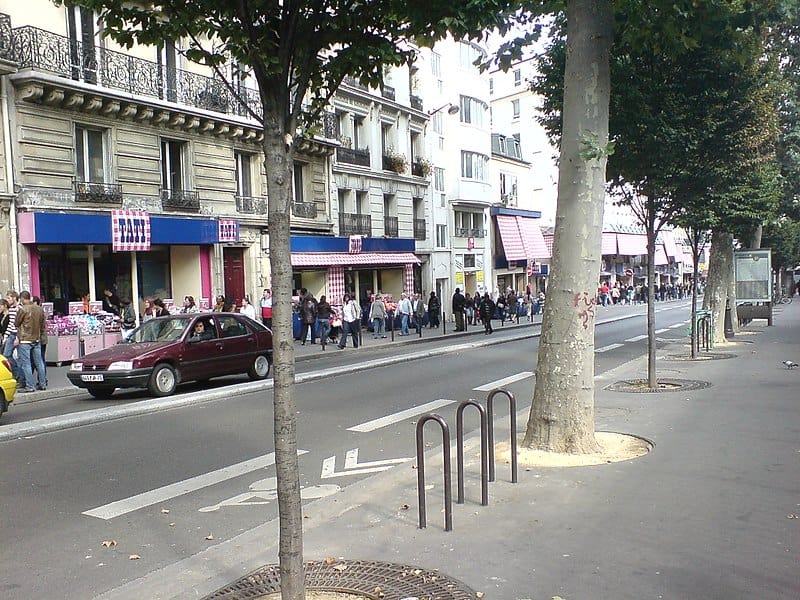 Some restaurants in Paris offer great seafood, don’t get me wrong. But living in an inland city always offers a vastly different “fresh fish” scene than staying closer to a coastline does.

In Paris there are few places where one can purchase truly fresh fish. The kind you choose off of ice and wrap up on the spot.

In the market underneath the Barbès Rochechouart metro there are three fishmongers who rule this little industry in the north of Paris. I can’t begin to imagine what lengths these three retailers have to go to to obtain the produce that they do, but I know the people of these arrondissements are grateful. 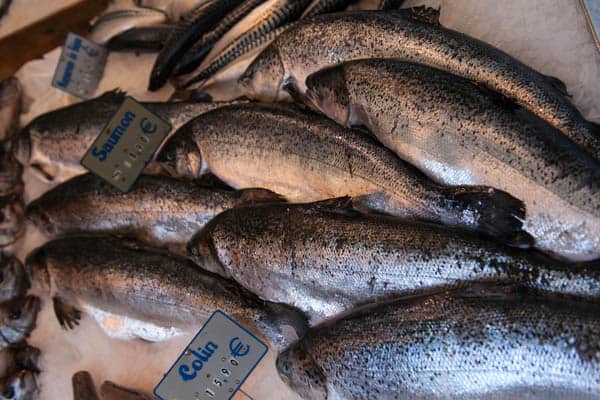 As you spend the day exploring Barbès you’ll pass each fishmonger inevitably. They sell everything from tiny bass all the way to full sized tuna, even the occasional deep water octopus.

The ability of these Barbès salesmen to run such a sustainably and consistent business so far from the country’s coastline shows the resourcefulness of the people of this neighborhood.

If you’re ever looking for a fresh dinner option then this is where you should head. Grab some salad goods from the vegetable merchants, some fragrant rice from the spice section and the catch of the day by the fishmongers — dinner is served.

Eating Out Doesn’t Have to Cost a Ton

This was probably my most appreciated discovery for this part of town.

Being part of free guided walking tours in Paris means that I end up eating out a lot. Grabbing a baguette in a plaza after a tour or stopping foo meet friends for food en route home is so quick & easy it’s hard to resist.

You’ll quickly come to realize that in Paris, this adds up. Eating out, particularly in the central districts such as le Marais or Bastille, isn’t cheap — but it is a lot of fun.

The streets around Barbès Rochechouart merge eating out and affordability into one. Just as the Barbès area is diverse in cultural groups so too is it when it comes to cuisine. 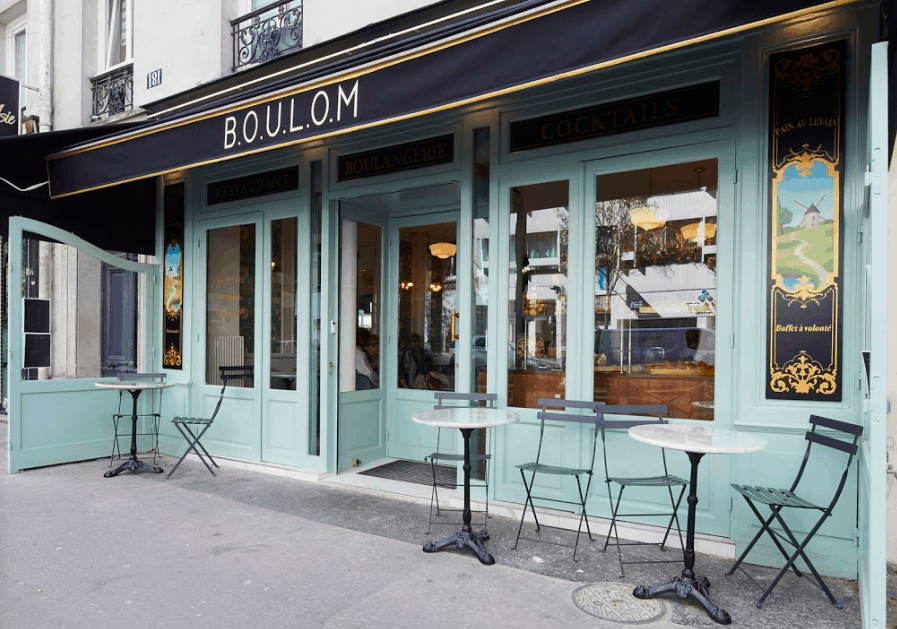 In Barbès you’ll enjoy restaurant concepts that give the rest of Paris a run for their money.

My favorite in this area is a place called Boulom, situated not to far from the metro station. At Boulom you pay a fixed rate to enjoy an open bar and all you can eat buffet of fine dining. At just €29 per person this is hardly an experience to pass up.

Connecting with the Arab community in this part of Paris also made way for many new Middle-Eastern cuisine restaurants in my life. Riv’k brings me back time and time again for their small plates and hot tea. You can eat here for less than €12 including drinks. 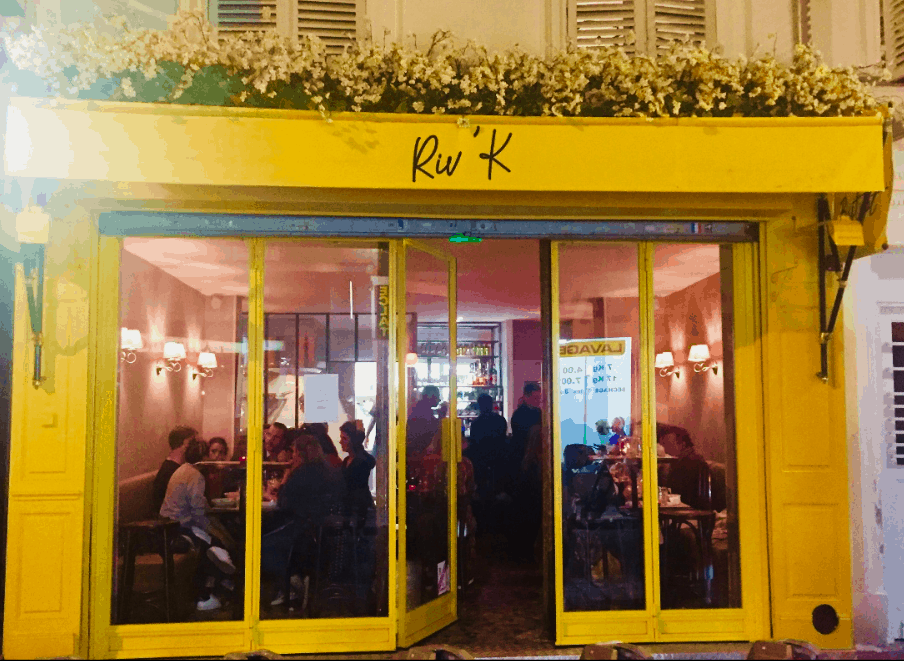 When you step off the train at Barbès Rochechouart try bare in mind that this is an up and coming part of the city, one virtually void of gentrification and tourism — it can be somewhat of a culture shock to the unsuspecting. Be open and enjoy this new part of Paris, untouched by so many.