Lisbon - Portuguese culture, Lisbon – Activities and Things to do 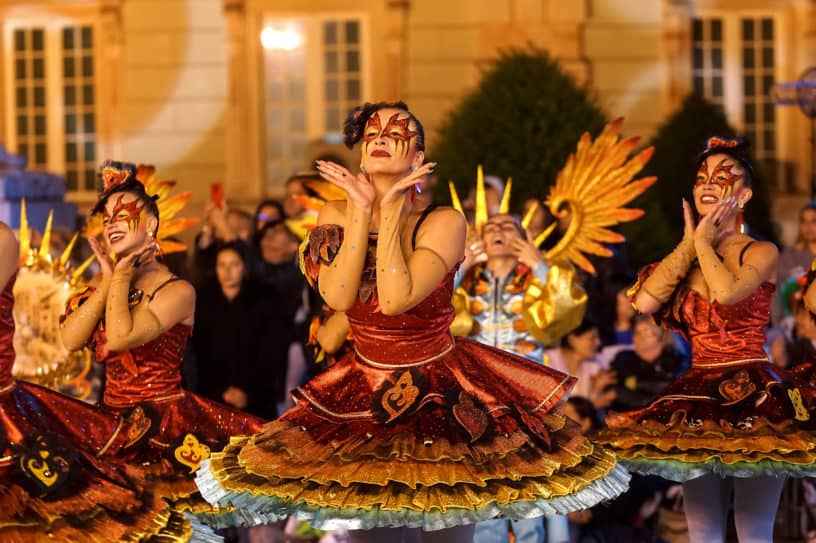 In today’s article, I want to share with you the 3 most celebrated Portuguese traditions! A tradition is something that travels through generations and that defines the character and the personality of a people, which is the soul of a country!

Portuguese traditions are very different from one another and are the result of many centuries of History and contact with earth, sea and other civilizations. Over time, many Portuguese traditions disappeared while others started to emerge. Fado, Galo de Barcelos, the traditional azulejos, the calçada portuguesa, the Rancho are just a few of the elements that shape Portuguese identity and are as important as their traditions! But, in this article, I really want to focus on the most celebrated traditions.

This knowledge will allow you to better understand Portuguese culture, history and lifestyle. So, read on and find out the 3 most celebrated Portuguese traditions!

Santos Populares and the Marchas 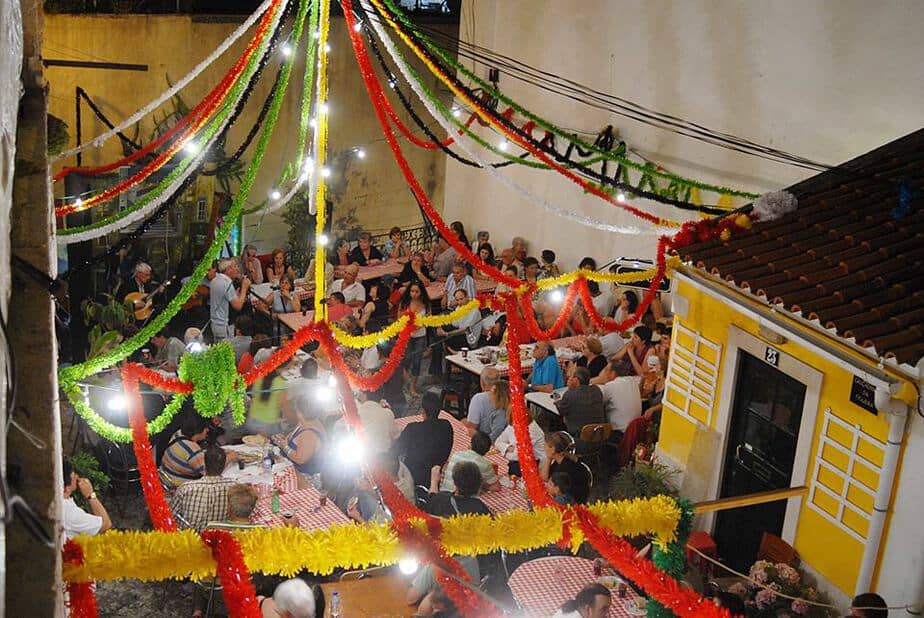 Our most celebrated Portuguese tradition definitely is the Santos Populares celebrations! In English, it can be translated to “Popular Saints” Festival.

During the month of June, the Santos Populares celebrations pace the daily routine and the nightlife of Portugal! Throughout the country, these celebrations known as Santo António, São João and São Pedro happen during the most entertaining month of the year, which is June! Each region has its saint, so each region comemorates it at a different time of the month. June is the most festive month, with many holidays, festivities and parties every day and night. 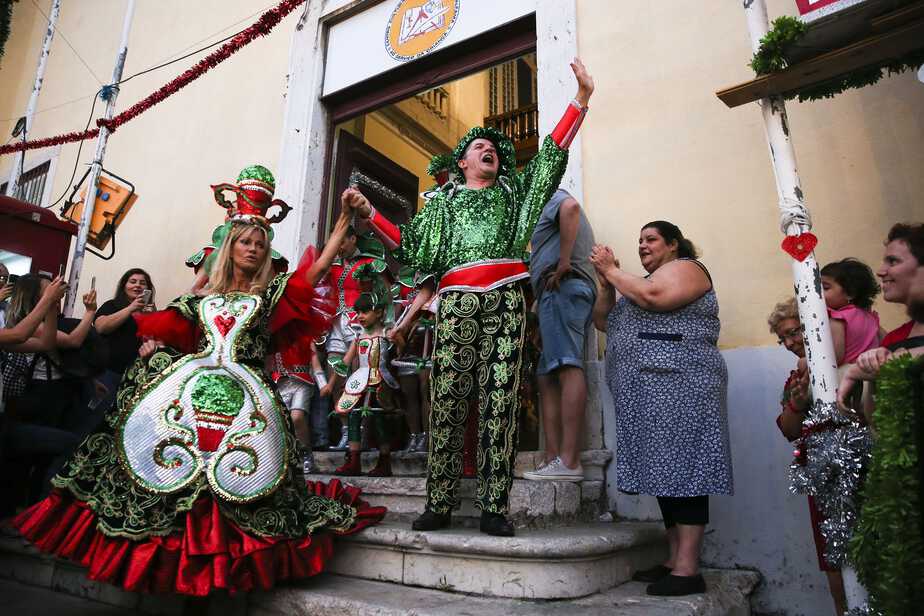 The celebrations take place during several days. The most famous ones happen in Lisbon, around the 13th of June, which is Saint Anthony’s Day, “dia de Santo António”. Then, on the night of the 23rd, the São João celebrations happen in Porto. Everyone gathers in the streets, they eat, drink, dance together until the sun rises again. The streets are decorated with colorful balloons and garlands! The atmosphere is quite unique! The smell of grilled sardines are all over the place. Many stands sell traditional Portuguese street food, so it will be the best time of the year for you to truly experience Portuguese culture and customs!

In Lisbon, apart of the street festivities, there’s also the Marchas Populares parade. Each marcha comes from a different neighborhood, they dress and have to represent their neighborhood while marching the Avenida da Liberdade. If you want to party with the locals and experience the Santo António celebrations, you need to go to the Alfama neighborhood! It is undoubtedly the most vibrant one! Then, on the 13th, don’t miss the Santo António procession that starts in the Igreja de Santo António in Alfama. 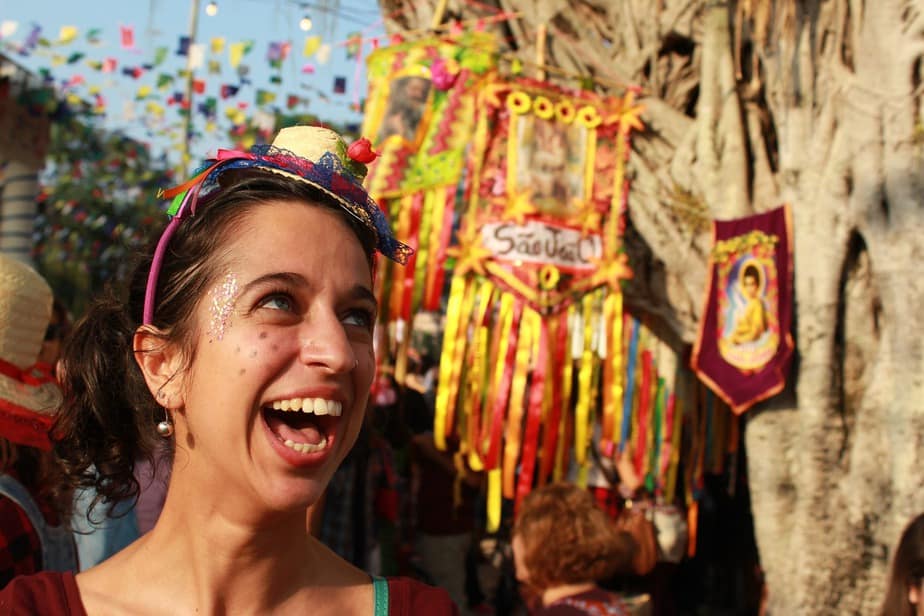 In Porto, the festivities are as colorful and joyful as the Lisbon ones. The traditions are slighly different. People party in the streets, they hold a little plastic hammer in their hands and hit their friends head, just for teasing! At midnight, an amazing and mesmerizing firework take place above the Douro river. People also make a wish and release hot-air balloons to the sky. They stay together and party until the next day, they usually end up in the beach to watch the sun rise or for a morning bath as the tradition dictates.

Then, at the end of the month, on the 29th of June, the Portuguese celebrate São Pedro. These celebrations happen in several regions of the country, such as Sintra and Évora.

The month of June is very important for the Portuguese. It is the month of the Popular Saints celebrations, the beginning of summer, so you can imagine everyone is such in an awesome mood! No matter how far people work or live from their hometown, they always come back to celebrate with their friends and family in June, even if it’s only for one day. You will love the atmosphere of this Portuguese tradition! 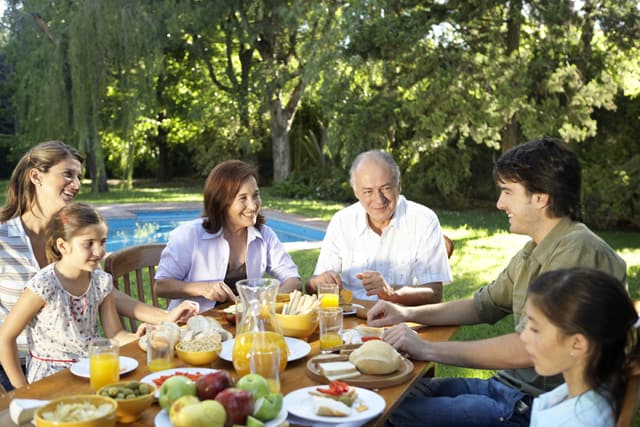 Sundays are usually spent with family. Everyone gets together at their grandparents houses or at whoever’s decides to host the Sunday family lunch! On the table, you can find all the most traditional Portuguese dishes! From the famous assado to one of the many codfish dishes that Portuguese can prepare, the family host picks the menu but the rest of the family are definitely in for a treat! Then, there’s always a delicious dessert for them to enjoy.

In Portugal, it doesn’t matter if they have the means or not, the tables are always as filled as possible. The homes are filled with love and affection, and that is how the Portuguese recharge their batteries before heading to a new week of work. Sundays are very important for the Portuguese and their family, which is why I’ve included it in my article as one of the most celebrated Portuguese traditions. 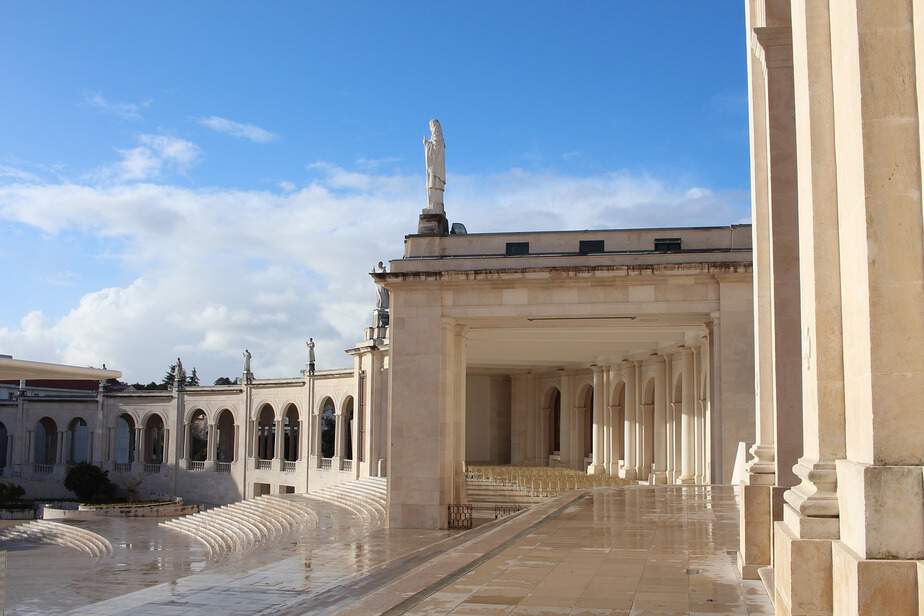 Portugal still is quite a religious country. Throughout the year, many people walk on foot to reach the Santuário de Fátima. They usually do this kind of pilgrimage when they are going through a difficult time, for instance, when someone they love very much is sick. They make a promise to Nossa Senhora de Fátima and have to walk to the sanctuary, no matter how far they live. 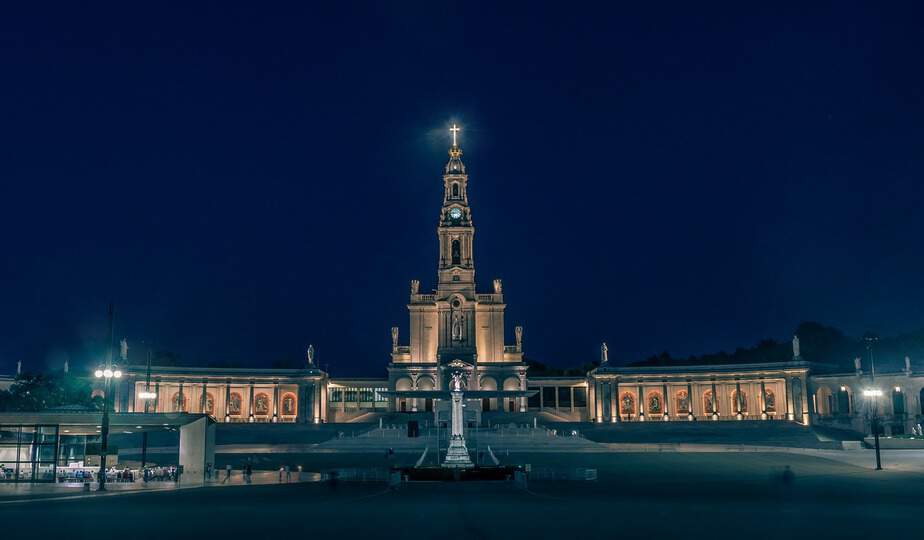 One of the most popular month for a Fátima pilgrimage is May! It is believed that in May, 13th of 1917, three shepherd children, named Lúcia, Francisco and Jacinta saw the Blessed Virgin Mary. Since then, Fátima became a sacred place that gatheres many practicing Catholics. 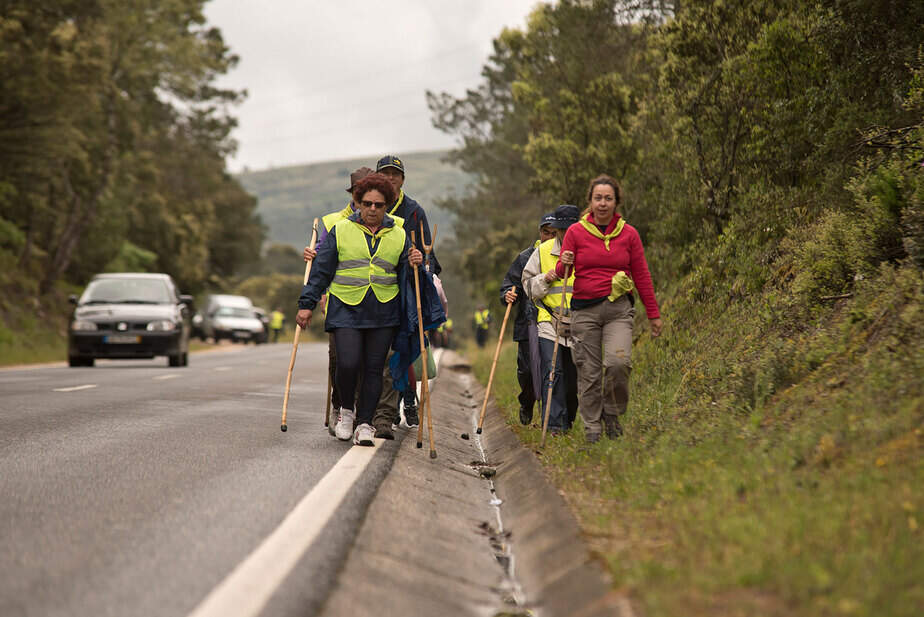 If you’re in Portugal during the summer, you’re usually see many people walking on the side of the roads wearing yellow vests. Now you know where this people are heading to. They are going to Fátima, which is an incredible place you absolutely need to see if you have time! If you rent a car, it will take you about one hour and a half to get there from Lisbon. If you’re taking the train, the trip will last about two hours.

The Santuário de Fátima is very important for many Portuguese religious families. Whenever they go there, it is a peaceful moment and of communion. These pilgrimages are one of the most celebrated Portuguese traditions, because they are indeed part of the Portuguese history and culture. This is why you need to know about them.

My article about the 3 most celebrated Portuguese traditions is now over! You now know a little more about Portuguese culture and customs! Don’t hesitate to get in touch with me if you feel I’ve missed one that you consider is important and should be mentioned in this article! While in Lisbon, try to talk with the locals, it is the best way to learn more about a city’s culture and lifestyle. If you wish, you can also join our walking tours to walk the city and explore its hidden gems in the company of a local guide! I hope to see you very soon in Lisbon!