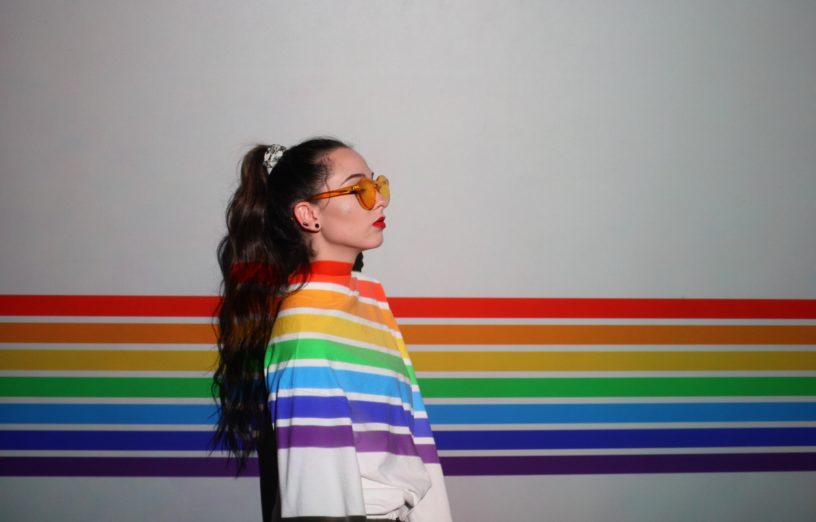 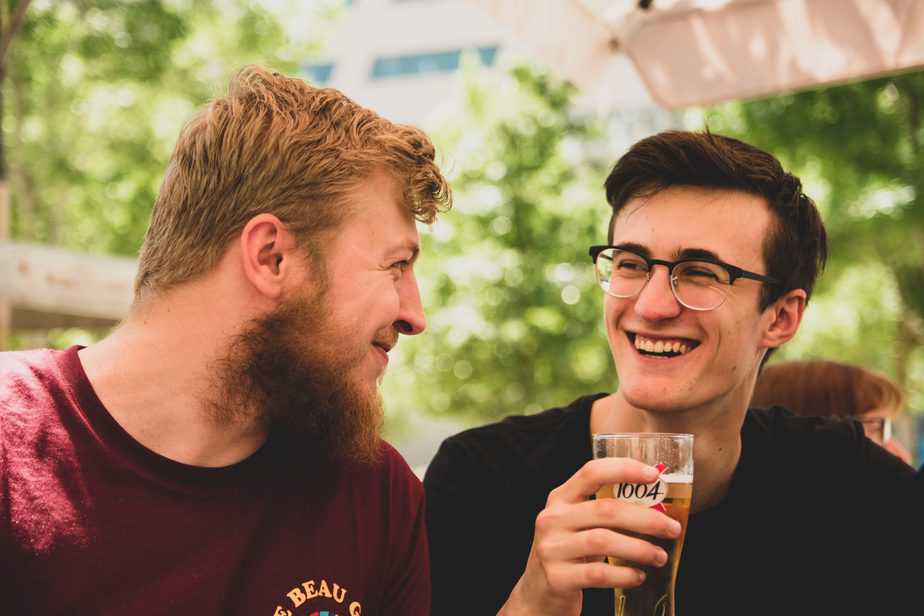 Let’s get this party started

Welcome to London, the city of all-night clubs, hedonistic venues, cabaret extravaganzas, and much, much more. Even though most spots are already LGBTQ-friendly, the gay bar scene has a niche all on its own.

The gay bars in this opulent city are so fun and welcoming that people from all walks of life, with any sexual orientation, flock to the venues to dance and party the night away. You’ll find laid-back scenes, themed nights, upscale clubs, and lesbian/gay-oriented spots that will be sure to meet anyone’s needs. 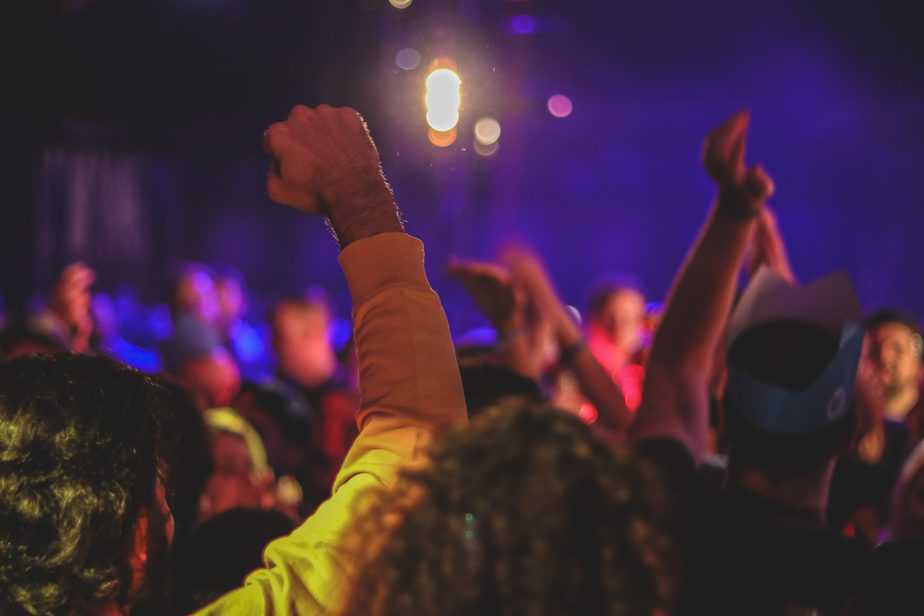 We’ll start this foolproof list with possibly the most famous gay bar in London: G-A-Y bar. The appropriately named venue is world-renowned – and for good reason. This massive spot is spread over three floors, and somehow they all remain fairly packed throughout the night.

The flow and influx of men and women never seems to cease, with the sweaty dance-floor inhabitants pulsing and moving all night long. We’d recommend this for the young 20’s crowd, even though you’ll find that most Londoners over the age of 25 will somehow still find themselves at this famous bar.

Queer pop idols are played on the speakers, with drink specials corresponding to the videos showing on the screens. For the younger lesbian crowd, there’s a women’s bar downstairs, slyly named Girls Go Down, which is frequented by mid 20’s women who want to avoid men at all costs.

Even when you think you’ve had enough and the bar closes, G-A-Y Late opens up next door. A venue even more raucous than the first, this counterpart has a later license and license, blasting music, and an electric atmosphere. 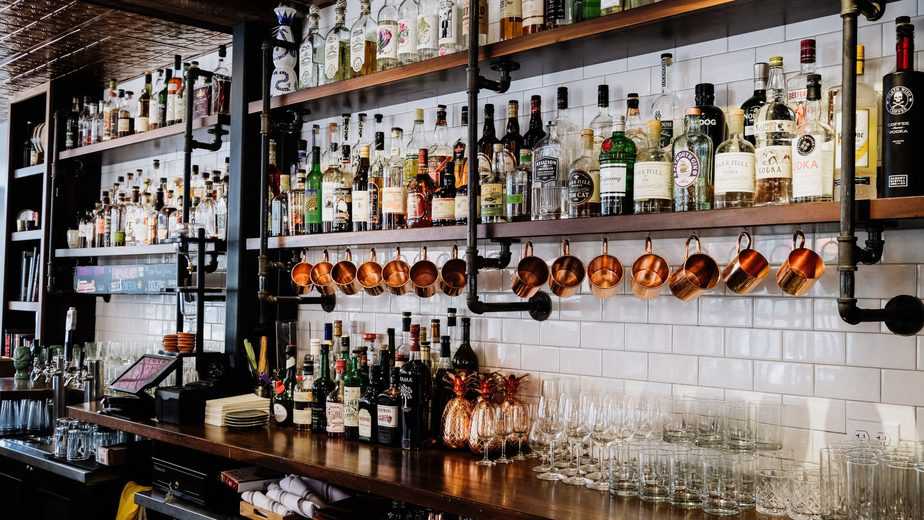 Next up on our list, we present The Yard, a more mature venue that suits an older crowd a bit more. You won’t find the same blaring music and dance-party scene like you will at G-A-Y, but a different experience that provides a great night nonetheless. The decorum has wood finishing, dim lighting, and has an upstairs loft area which gives you good views to the downstairs areas, letting you pick out who to approach next on your quest to score a date for the night.

This bar is tucked away off of Rupert Street, providing a more intimate space than sprawling bars and clubs, with most of the action happening within a small courtyard. During the warmer months, this place will fill up quickly, so be sure to try and get here before happy hour to get a prime spot for people watching. 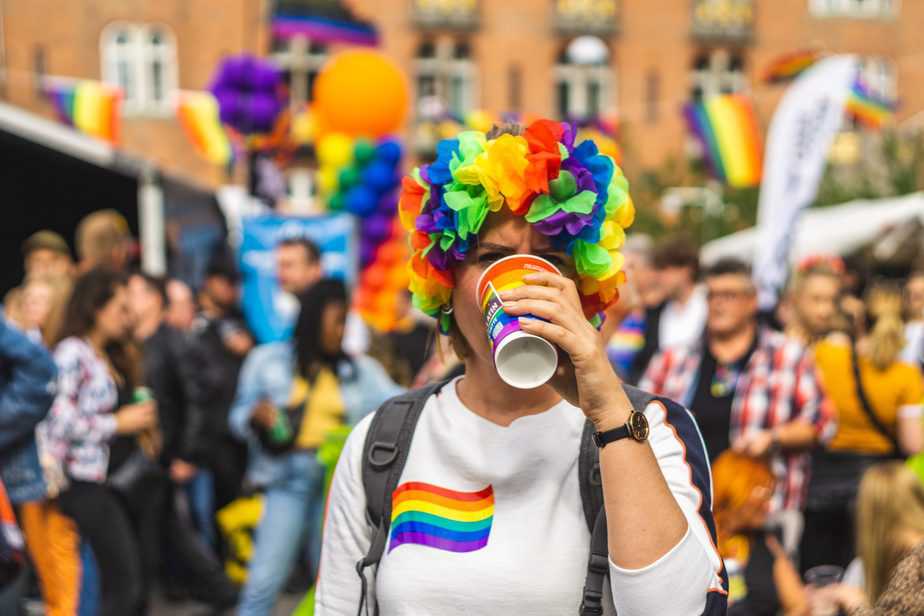 If you are a queer female or currently surrounded by plenty of queer females, then you’re in luck. If you answered “no” to both of these questions, then you will definitely not get into this next spot.

She Soho is an exclusively-lesbian spot, with a massive basement bar/club that will be sure to get you lost. After you pass the daunting task of getting past the intimidating bouncer, you pay the cover and descend into the foggy and dim basement. Sure, this sounds like the beginning of a horror movie, but after you pass through the multiple rooms, see the cavern-like bar in which to get drinks, and see everyone dancing and quietly talking in alcoves spread throughout the space, you’ll realize this is going to be a fun night.

If dancing in what seems like an underground bunker, surrounded by (mostly) all females having a blast, then this could be the spot for you. You’ll find a few men here, unknown as to whether they’re accompanying a female friend or if they somehow slipped past the super-strict bouncer, but for the most part it is women just enjoying dancing and meeting some new people in a cool space. Definitely recommend checking this out if you want to dance until 3 in the morning.

Continuing this valuable list of the best gay bars in London, we stumble upon The Glory. This Haggerston spot combines the friendliness and relaxed-vibe of a pub, dance atmosphere of a club, and artsy-accents of a performance space all into one venue.

You can easily drop into this spot after a long day of work, grabbing a cocktail or just a pint from the friendly bar staff. If you’re in the mood to stay, or to come in later during the night, this spot has eclectic art shows and performance pieces that frequently play here.

The combination of traditional pub and forward-thinking performance space is what makes this establishment a now staple in the LGBTQ community. 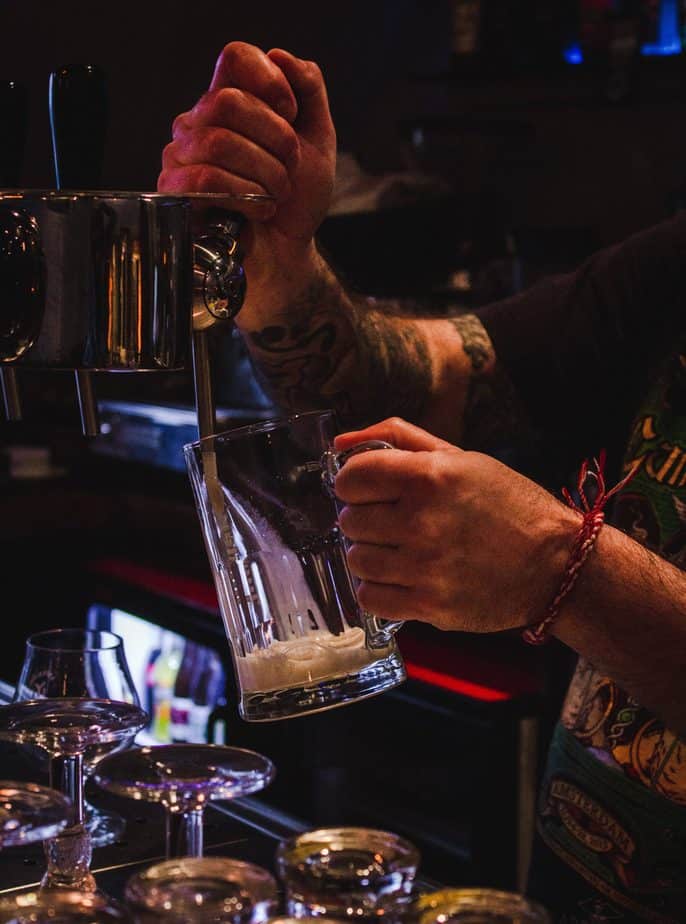 Next on the list, another venue which combines both the pub and club vibe; Ku Bar & Club. This Leicester Square spot is frequently voted one of London’s best LGBTQ venues, due to the combination of a classier-vibe from the nearby G-A-Y, mixed with the ‘anything goes’ attitude that makes so many of these clubs popular.

The main floor is a brightly-lit modern space, and the downstairs has a more club-like feel. This bottom floor now has its own entrance, with doors being open until 3am – EVERY day.

Not many venues in London can boast this feat, so for those who are looking to pull an all-nighter, make your way here as soon as possible. Despite usually having to wait in a queue, the fresh-faced and attractive staff inside, combined with the contemporary music, great drinks, and fun atmosphere will make it all worth it. 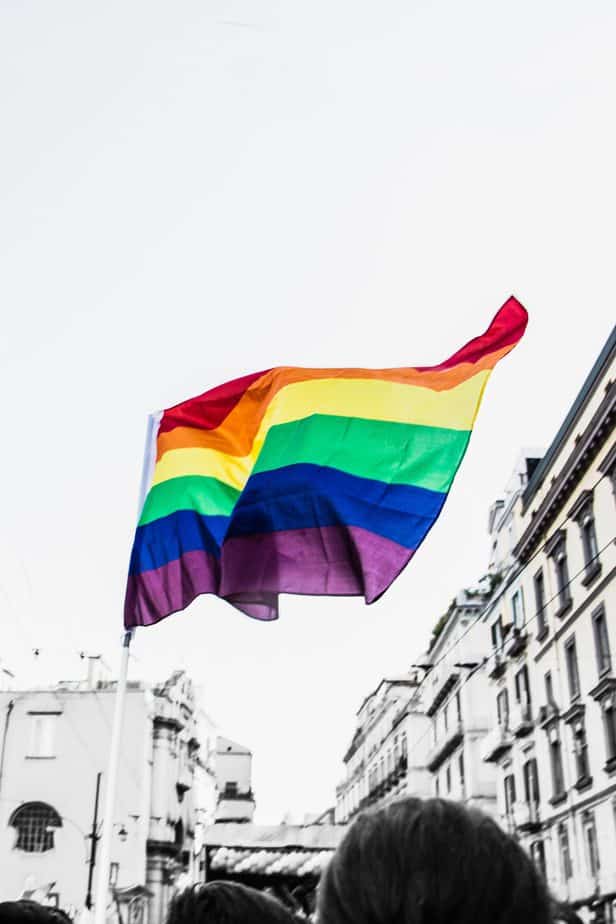 Next up, we have a revolutionary choice; the first gay super-club, Heaven. This spot is one of the most famous venues in the city, maybe just because of the infamy associated with the name.

Despite being passed by many clubs in terms of atmosphere and music, every Londoner or tourist should still visit this Charing Cross venue at least once, witnessing the birthplace of queer clubs. With space for 2,000 guests, you can dance the night away amongst a sea of queer folk, listening and dancing to throwback pop tunes.

If amateur strip nights are your thing, swing by here on a Thursday for an amateur contest, and vote on your favorite dancer. For those who want a novelty night, and want to see some London history, then take the stairway to Heaven. 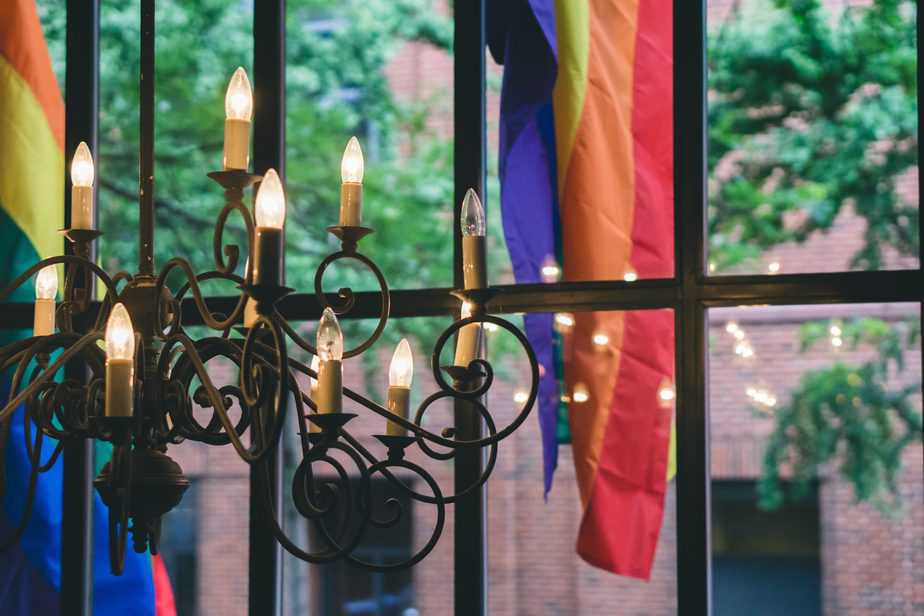 For an alternative experience, check out Dalston Superstore, a venue which proudly boasts numerous drag shows per week. The upstairs bar is home to these works of art, while the club downstairs lets you party your heart out until 3am. 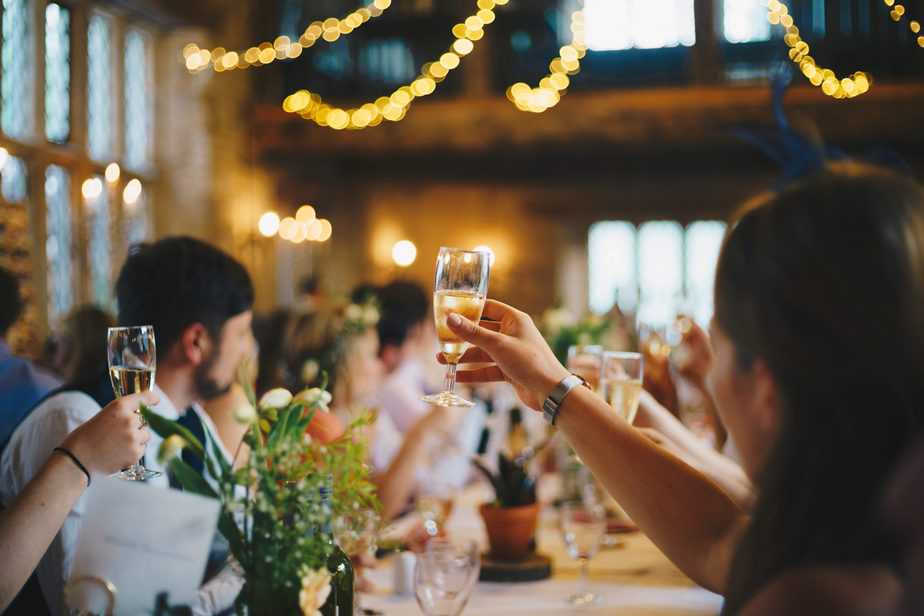 A Vauxhall establishment which feels like a day-time pub, but transforms into a buzzing gay bar at night, the Royal Vauxhall Tavern is a bustling venue which has withstood the test of time. Featuring drag shows and live theatre, this space looks like a combination of a theater/stage/traditional pub all into one spot, making it likeable and appealing to almost anyone. Come here on a Sunday, for a ‘sophisticated’ clubbing experience during daylight hours – just be careful about that 5pm walk of shame. 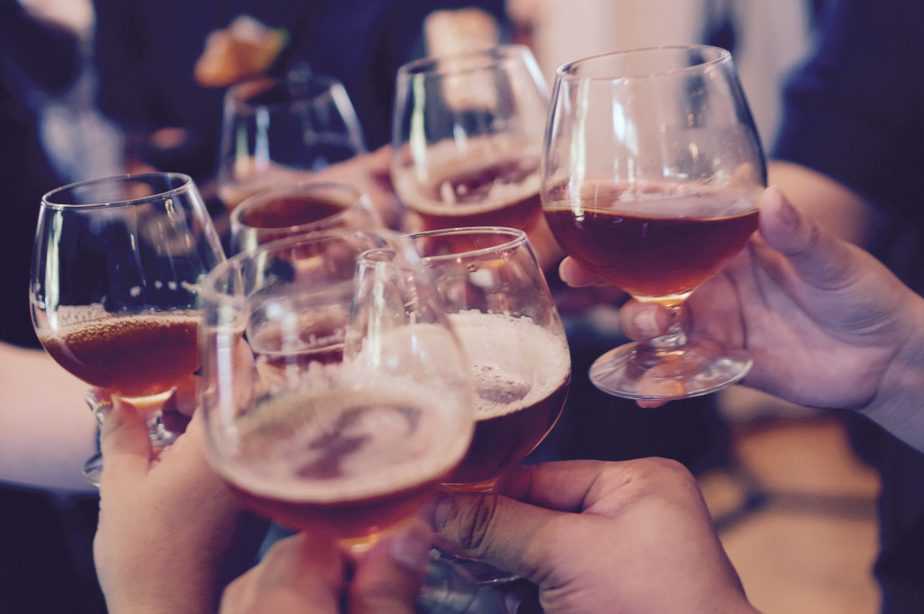 Still hanging out in south London, we have The Eagle London. This Vauxhall venue has it all; you can play pool, listen to some chill live music, drink outside at the beer garden, or dance in many of the open spaces in this pub.

This inclusive spot is sure to treat everyone fairly and kindly, and really emphasizes nonjudgmental qualities, making for a fun and interesting night for anyone who walks through these doors.

Themed nights here are some of the best, with drag shows and wrestling nights proving to be popular hits among Londoners. Saturday nights get super busy here, so be ready for a packed dance floor – and of course, good vibes. 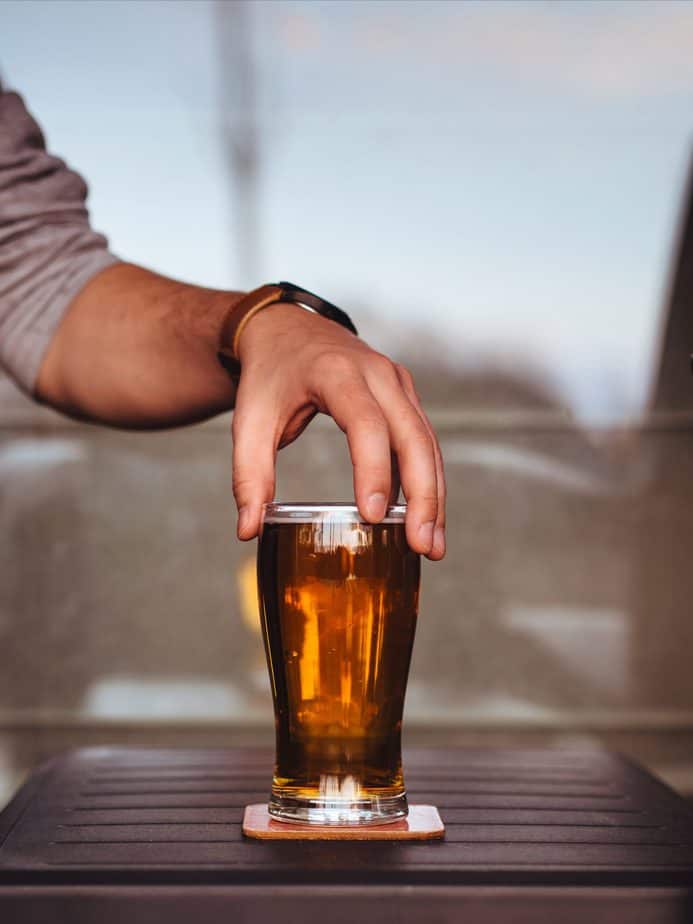 Taking the tube up to Soho, Comptons is a great queer pub that always provides a real mix of customers and patrons. For beer drinkers who want a good pint instead of some cheap whatever-is-on-tap, then this is a great spot for you.

Whether you come here before a big night out, or you just want to have a few relaxed pints with your mates, the craft beer and real ales here will surely do the trick. The crowd here will typically be older males, since this is one of the first gay boozers in the city, so you’ll find some lads who have been coming to this Soho spot for years. 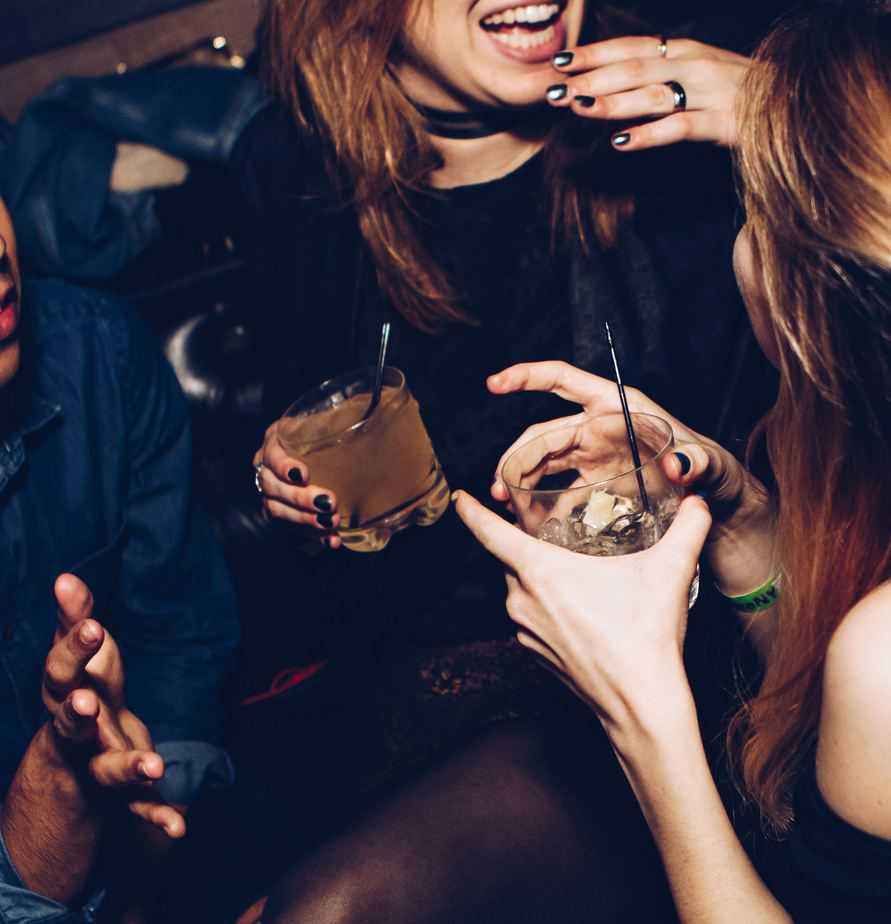 Last on this miraculous survival guide to gay bars in London, we present the Duke of Wellington. Around the corner from Comptons, this spacious venue frequently has events, lets you stand outside with your chilled pint, and has friendly bar staff. This spot can get very busy, especially in the warmer weather, so be prepared to queue or stand the whole time you’re here.

Although, as long as you get your beer from the bar, you really shouldn’t mind having to stand outside in the sunny weather – and with bartenders as friendly as they are here, you’ll surely be kept in good spirits.

Staying open until midnight most nights, we’d recommend this place for some day drinking, or for having dinner and a few pints before a night out. Since you’re already in the heart of Soho, you won’t have to venture too far on foot to find your next queer-friendly spot.

Gather your queer crew and get ready to hit the town 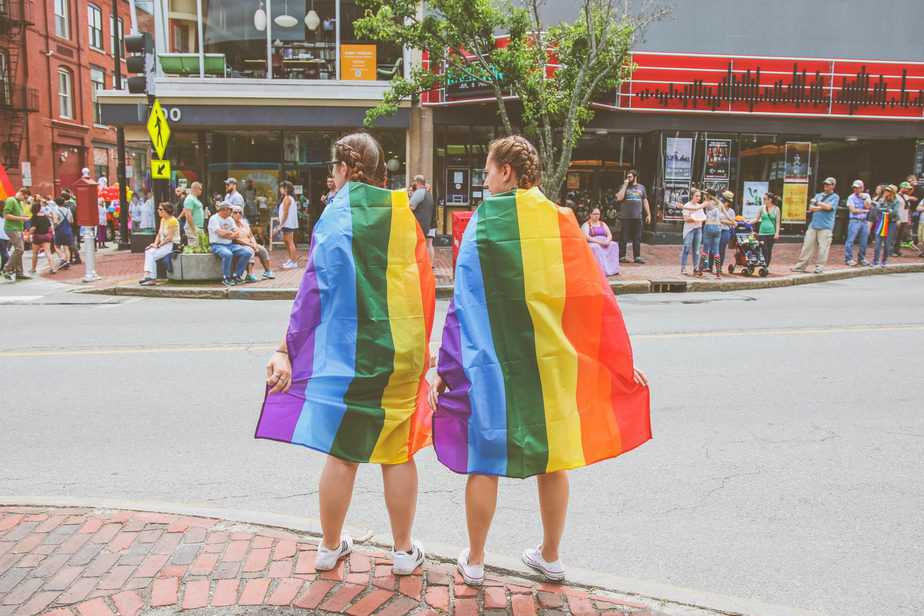 Finding gay bars in London is actually quite an easy feat. The amount of queer spaces has risen in recent years, and the LGTBQ community is friendly and welcoming to anyone.

There are specific venues that are safe spaces for queer individuals, making London an even more inclusive and friendlier city than before.

With concert venues, theater spaces, performance spaces, traditional pubs, and dance clubs all having gay-centric atmospheres, people with queer sexual orientation can have a wide choice of venues to choose from when deciding where to go on a night out.