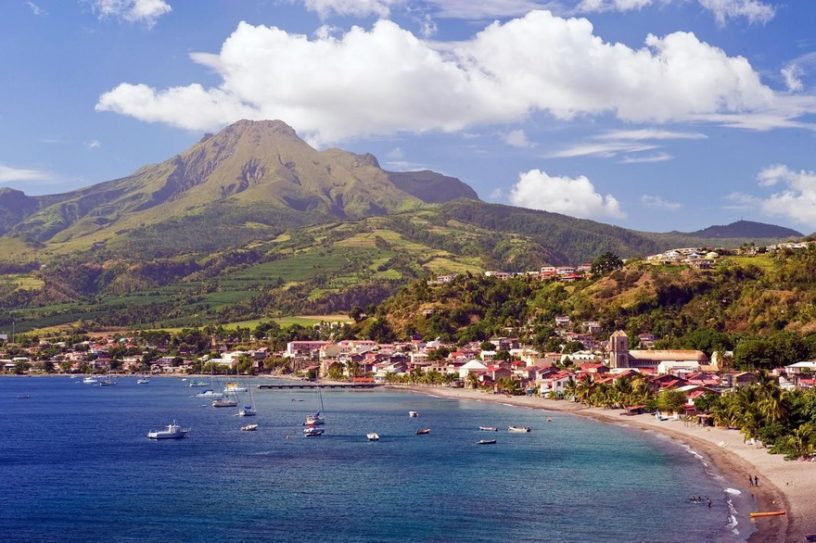 1. Martinique has a small version of the Parisien Sacré-Coeur 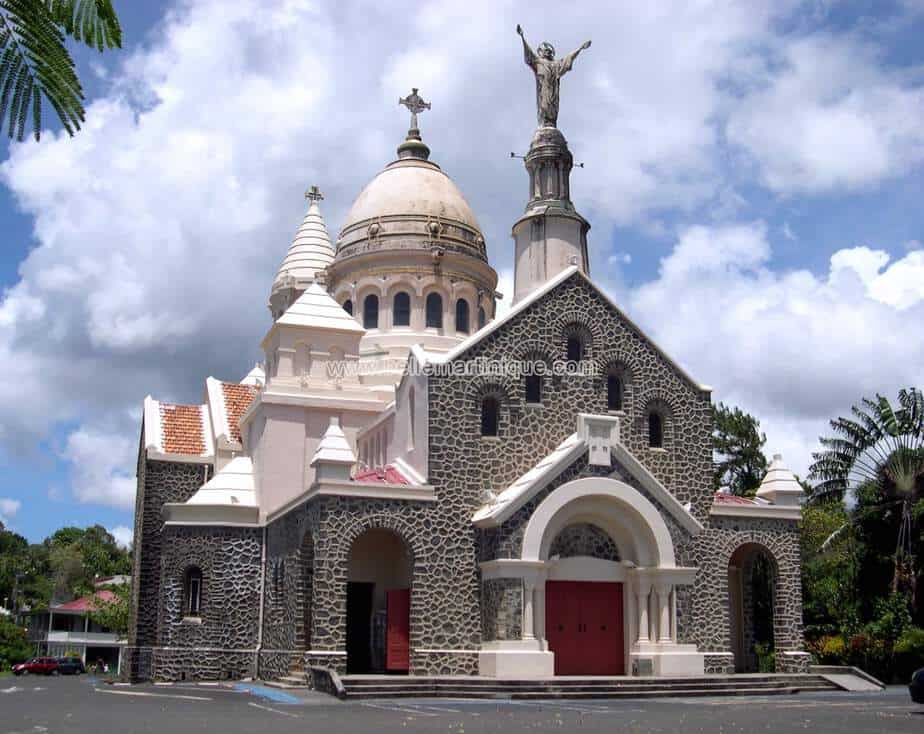 It is called the Balata church and it is located in the Balata district, 7 kilometers away from Fort de France (the capital) on the Morne Savon. Its resemblance with the actual Parisien Sacré-Coeur is total. Its construction follows the arrival of thousands of refugees in Fort de France after the eruption of the Pelée mountain and the destruction of the Saint Pierre region in 1902.   It was in 1915 that the decision to construct the church was taken. The first stone was put down in 1924, and the project given to the architect Wuifflef that got the construction of the church finished a year later, on the ninth of August. The interior respects the Sacré Coeur’s plans but the Martinican cathedral is way sober in terms of decorations and ornaments.

2. A statue looking for its head 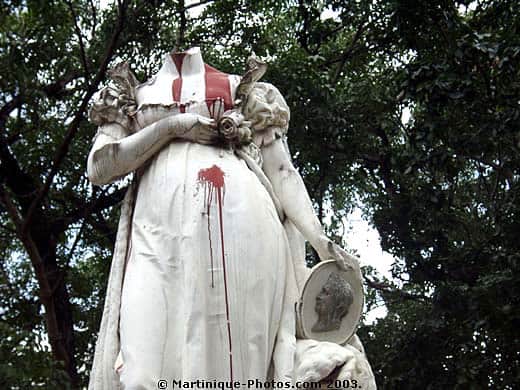 Josephine got her head chopped off – The Funambulist

Daughter of a rich colonist, the family had a sugar plantation with more than 300 slaves. Joséphine got married to Alexandre de Beauharnais in 1779 who ended up beheaded in 1794. Two years later she married Napoleon Bonaparte but the two got divorced on the 16th of December 1809. Napoleon gave her the Elysée and the Malmaison castle in which she lived until her death on the 29th of May 1814.

Her statue (approximately five meters high) was erected on the 29th of August 1856. Then, in September 1991, the statue got her head chopped off by members of an anarchist group. Indeed, Joséphine de Beauharnais is not really liked by Martinican people. If some people may consider her to be a famous ancestor born on the island, others remember that she was the one who advised Napoleon to re-establish slavery on the island. Indeed, slavery was re-establish in 1802 even though it had been abolished by the French Revolution in 1794.

3. There are only two seasons 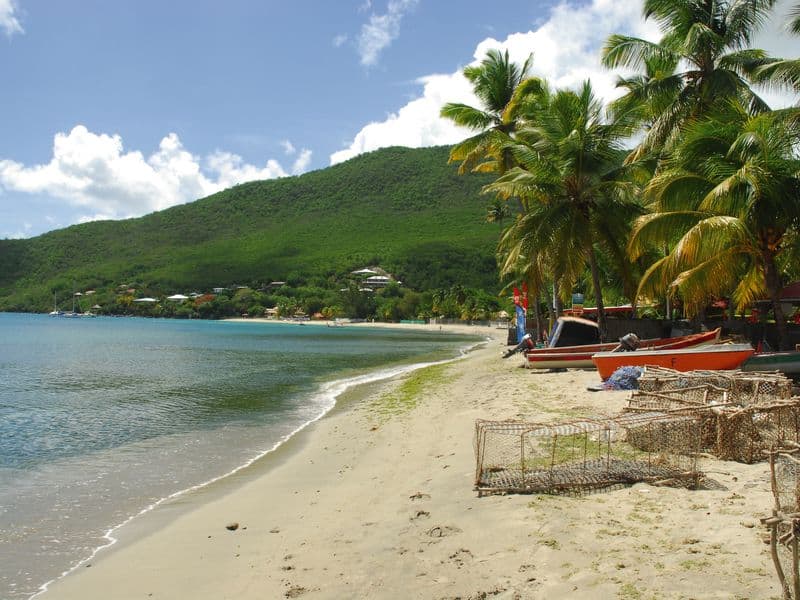 Two seasons and one agreeable temperature all year long. The Martinican climate is tropical. It is very sunny with warm temperatures as well as trade winds that agreeably fresh up the atmosphere. Even though this is a very constant type of climate, you can still distinguish two main seasons depending on the rain.

The Carême is the dry season that goes from December to the month of May. The average temperature is of 25 degrees at this time, it barely rains and you get a very sunny sky. This season is the most touristy one as you get the more sun and the less rain. Then, the humid season is called “wintering”  and last from June to November. At this time it rains a lot and the atmosphere is heavy and stormy.  Temperatures remain reasonable as it stays around 28 degrees. This type of weather often causes tropical storms.

I think that you have understood, seasons don’t really matter in Martinique: the island is sunny and warm all year long. However, there are differences between the North and the South of the island. The South is really sunny and warm and the North is more cloudy and humid.

4. There is only one sugar refinery left 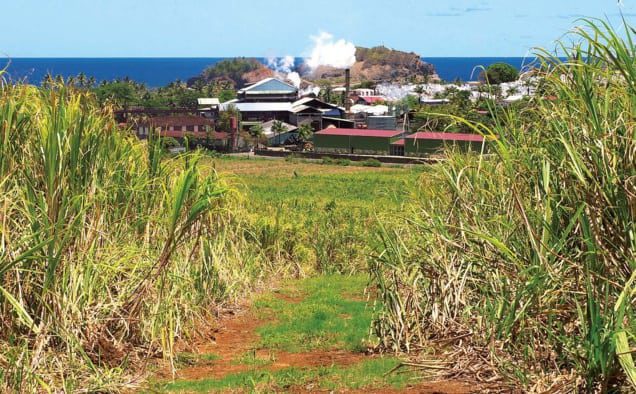 The sugar refinery of Galion – Mediaphore

At the end of the 19th century, there was more than 500 sugar refinery. Today, there is only one left: the sugar refinery of Galion in Trinité, located in the North-East of the Island. The industry started to crumble after the Second World War under the effect of both the economic crisis and the beet sugar development combined. Sugar still remains the second main production of the island after the banana. It is mainly used for rum production.

5. An original forest: the mangrove 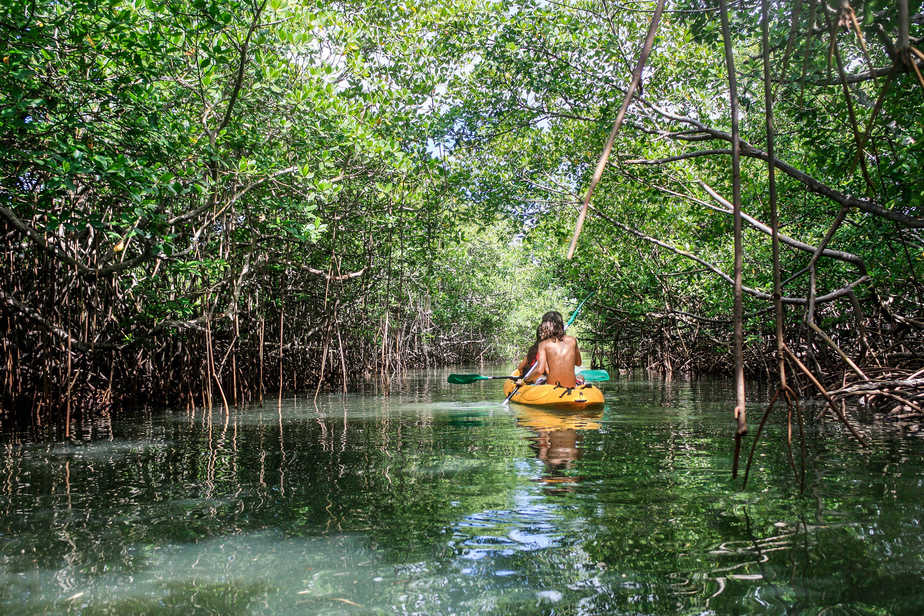 The mangrove of Martinique has a surface area of around 1800 hectares and represents six percents of the island’s forest area. The Martinican mangrove is mainly located in the center of the island and spreads itself to the Genipa bay near Fort-de-France.

The mangrove is a forest that has its feet in the water. This ecosystem has a huge role to play for the island has a buffer zone between the sea and the rivers’ mouth. The mangrove prevents the coast from erosion and protects corals. In the end, it helps the island to preserve its natural state without being disrupted by the sea’s variations.

6. Most of Martinique is considered as a natural park 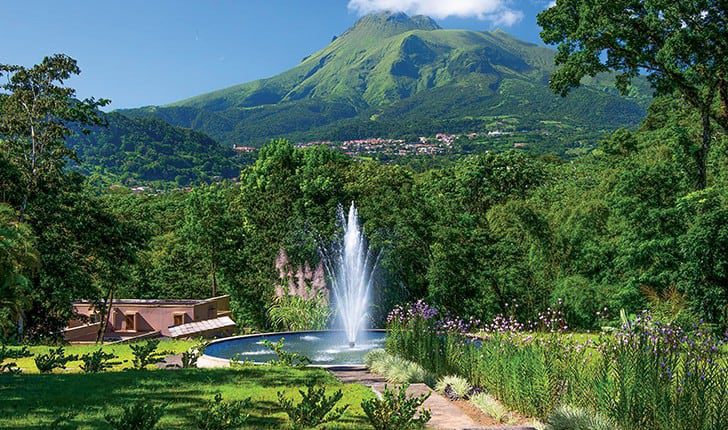 32 of the 34 Martinican towns belong to the regional natural park of the island, so two-third of the island’s area. It is the first park ever created on the island. The objectives of this construction are to preserve landscapes and protect the lands while promoting the territory.

8. Martinican rum is the only rum with an AOC label 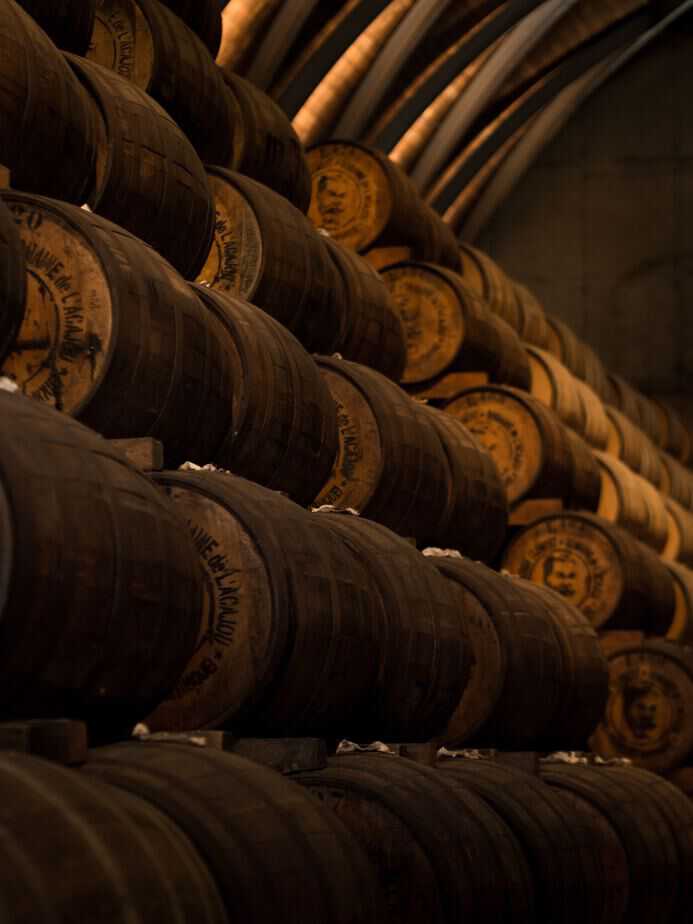 Barrels of rhum – Photo by Marvin L on Unsplash

Martinican rum is made up of cane juice. Agricultural rum is different from industrial rum that is made up of molasses, a residue from the sugar’s fabrication. This tradition was awarded an AOC label in 1996. The AOC label allows identifying a product that has its differents fabrication steps in the same geographical area. It is to this day the only rum in the world that possess an AOC label.

9. Martinique has many black sand beaches 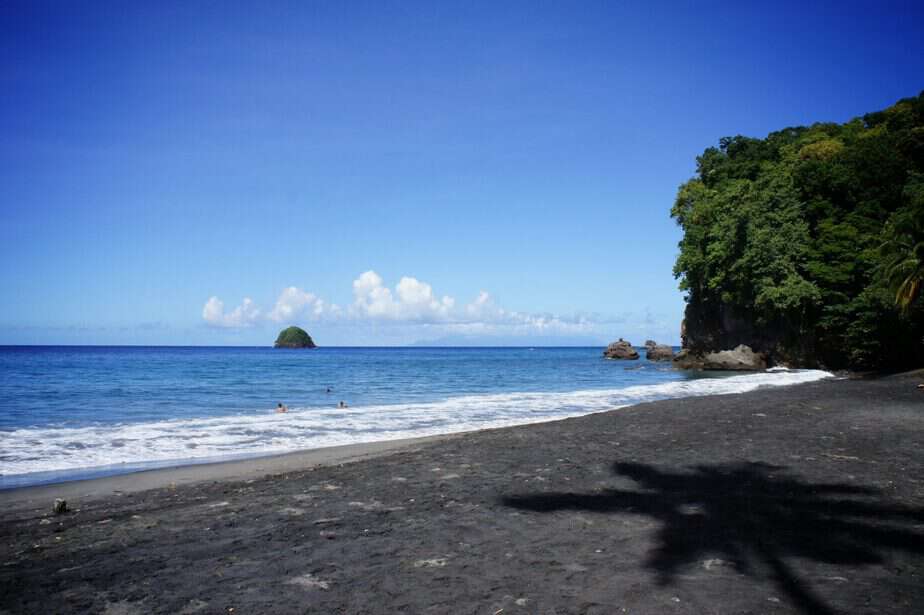 The island has many black sand beaches with volcanic origins. It is the case for all the beaches located around the Montagne Pelée (an active volcano), in the North-West of the island.

10. Martinique is the third biggest island of the Lesser Antilles 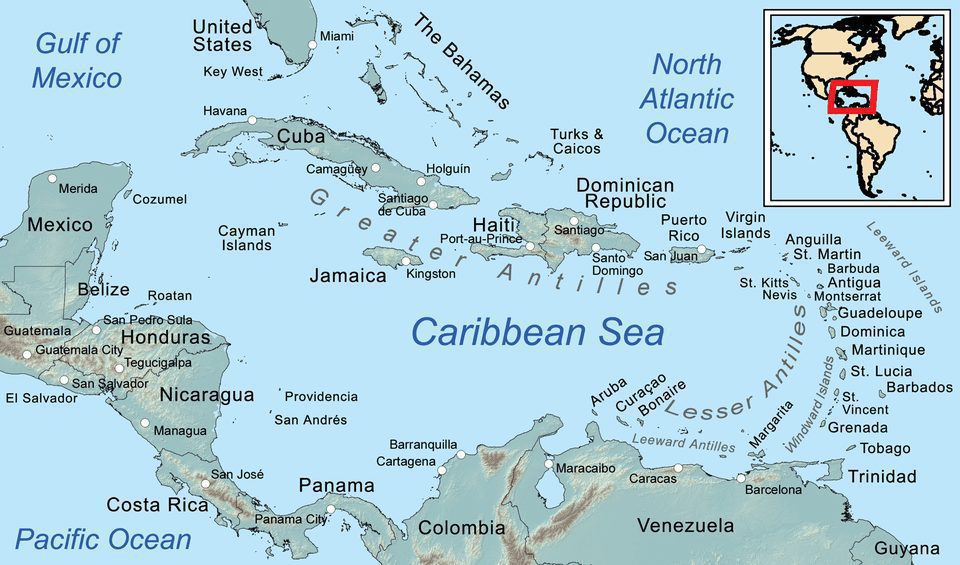 Its total area is of 1 128 km2, that means that the island is ranked on the third position after Trinidad and Guadeloupe. It is 70 kilometers long and 30 kilometers wide.

Ready to go to Martinique?