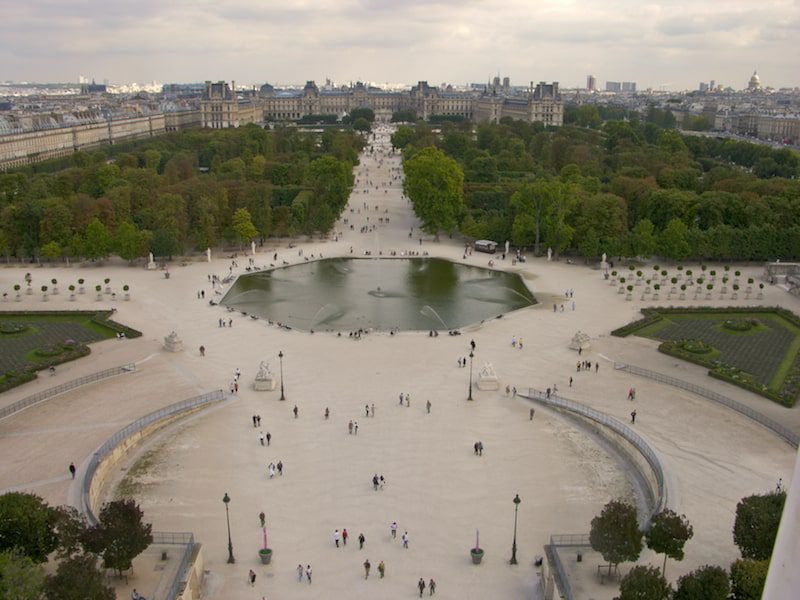 The Tuileries garden. Sourced from Wikipedia

When you think about Paris, what do you first picture?

The Eiffel Tower? Croissants? The Arc de Triomphe? The language of love? Or maybe you just picture a bunch of good looking, fashionable Parisians.

Ever since I visited Paris almost every year growing up, the one thing I think about first are the exquisite gardens. Sprawled across the city, these green spaces offer a type of escape from the clamorous urban surroundings.

Le Jardin des Tuileries is probably the most popular public garden in all of Paris and is an iconic landmark of the city.

Centrally located right in between Place de la Concorde and Musée du Louvre, this lavish and very large garden will make you feel like you’ve travelled back in time.

Most walking tours have programs that include the Tuileries Garden and the landmarks surrounding it. Furthermore,  its significant historical background, stunning sculptures, and eloquent fountains give this place a romantic semblance that visitors love.

Read more 10 fascinating facts about the Tuileries Garden and its rich history. 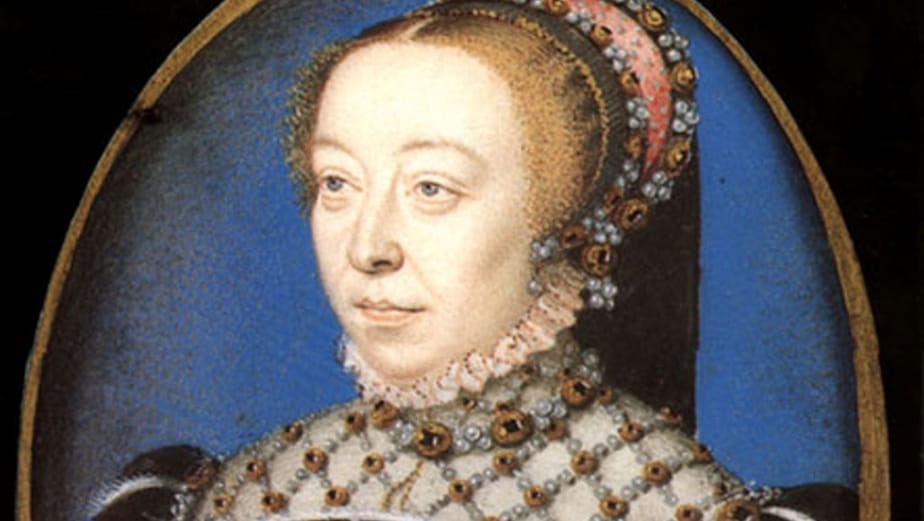 Queen Catherine de’ Medici, who was a wealthy royal from Florence, commissioned the construction of this garden in 1564 after the accidental death of King Henry II. Catherine moved to a new residence near the Louvre, called the Tuileries Palace and modeled the gardens after the ones in her native city of Florence.

In order to build the Tuileries Palace, Catherine sold the well-known Hôtel des Tournelles, which was commissioned in Paris in the 14th century. This was actually the hotel where her husband King Henry II died from wounds that he received accidentally from a game of jousting gone wrong. (Yes, jousting accidents happened in real life, and not just in Game of Thrones!)

9.  Why is it called Tuileries? In French tuile, means”tile”. 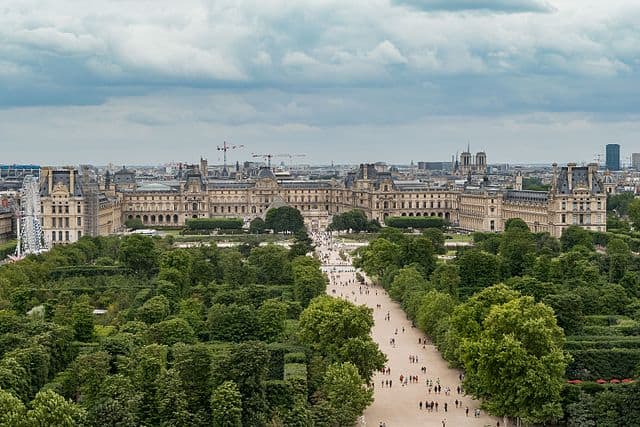 The Louvre and the Tuileries Garden by dronepicr – WikiCommons

The area where Tuileries Garden was built used to be home to tile-factories since the 13th century,  until Medici transformed it, hence the name!

8. The Garden used to be a part of Tuileries Palace. 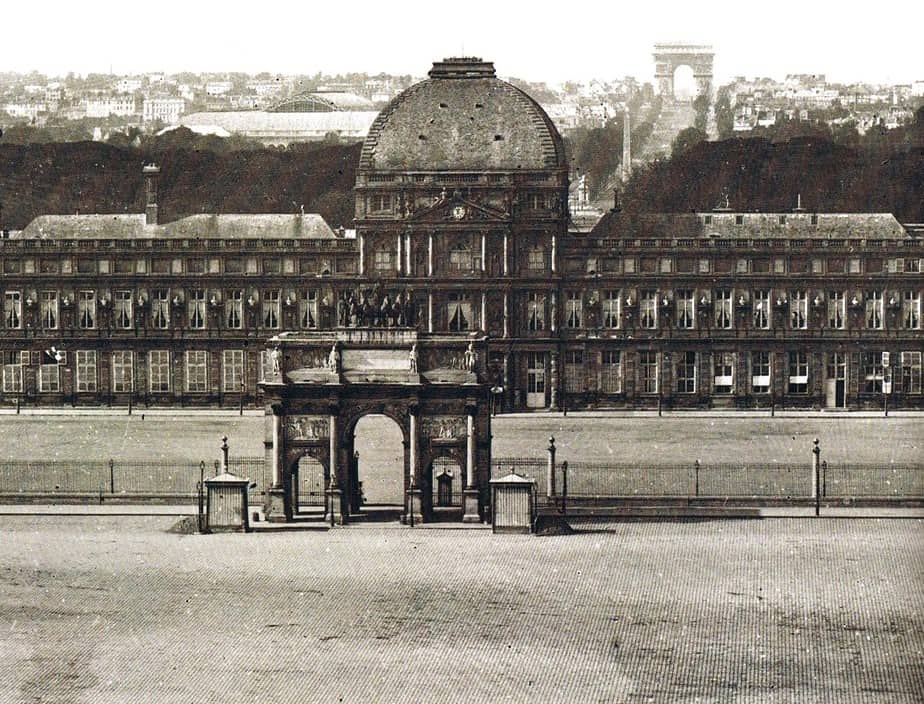 Never heard of Tuileries Palace? Don’t worry, you didn’t miss it during your visit, as it doesn’t exist anymore!

The Tuileries Palace  was a royal and imperial residence which was located on the right bank of the Seine. It was the usual Parisian dwelling place of most French monarchs, from Henry IV to Napoleon III, until it was burned down by the Paris Commune in 1871.

On May 23rd of that year, 12 men used petroleum and liquid tar to set the entire place on fire. They were given the order to destroy the palace from an ex-military commander. The palace burned for 48 hours and was remained charred and destroyed after the fire was extinguished. It was eventually demolished in 1882 so that is why you won’t see this palace on any maps!

7. The park was designed by famous architect André Le Nôtre. 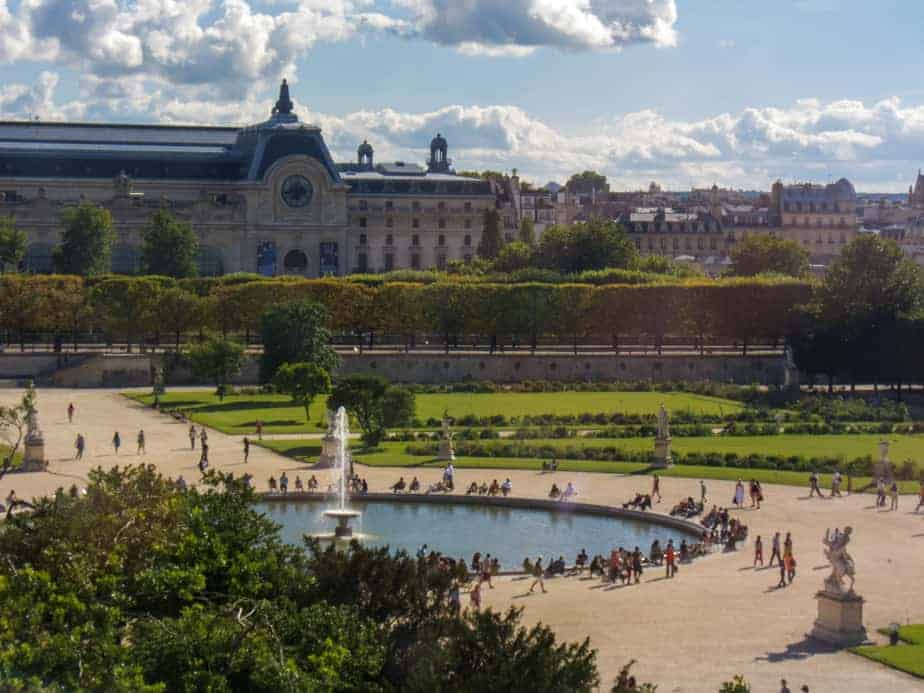 Have you ever sat there and wondered, who was the mastermind behind the beauty of Tuileries garden? Okay, maybe not, but it’s still a nice fact you can bring up at a fancy dinner party. Or perhaps on a date to impress a Parisian with your knowledge of its history!

Le Notre was a French landscape architect and the principal gardener of King Louis XIV of France. He was responsible for remodeling the gardens in 1664 and turning it into what it is today.

6. Did you know that the Tuileries Garden features two museums? 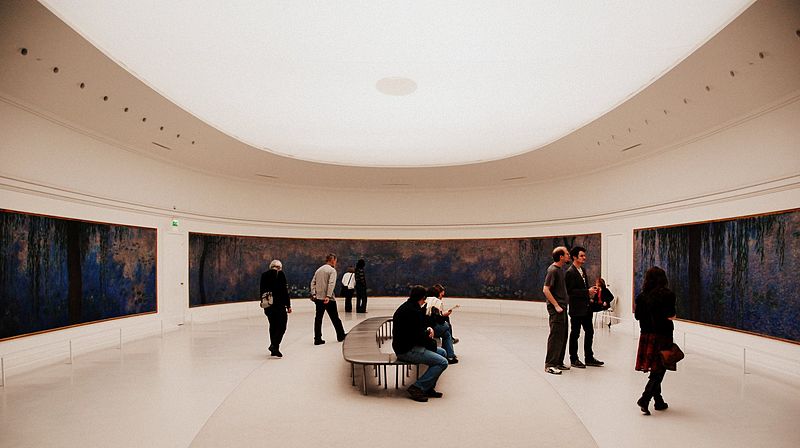 Of course, you know the Louvre museum which sits at the end of the garden where the Palace du Louvre stands. Well did you also know that there are two other museums in the garden? Both of which feature contemporary visual arts.

The garden itself features works of art, with an mpressive collection of fountains and sculptures, featuring sculptures from many prominent artists of the time such as Giacometti, Jean Dubuffet, Coysevox, and Rodin.

5. Tuileries was once owned by a nine-year old kid. 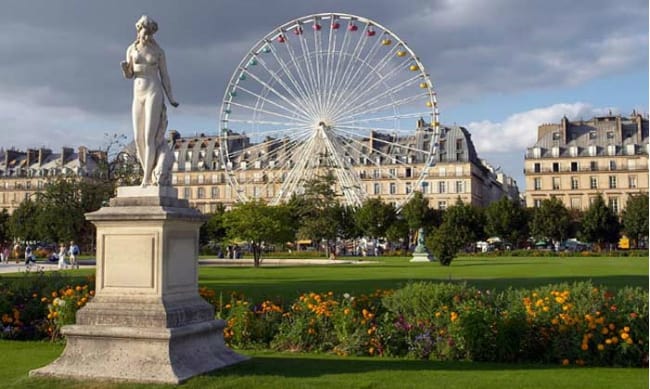 What were you doing at nine years old? Probably normal kid things. But after the assassination of Henry IV, Louis XIII of France became the automatic owner of the Tuileries Garden, at only nine years old. As young ones would do, the young boy turned the garden into a personal playground and used it for hunting, keeping the animals he captured.

4. It’s thanks to Charles Perrault that the museum was opened to the public! 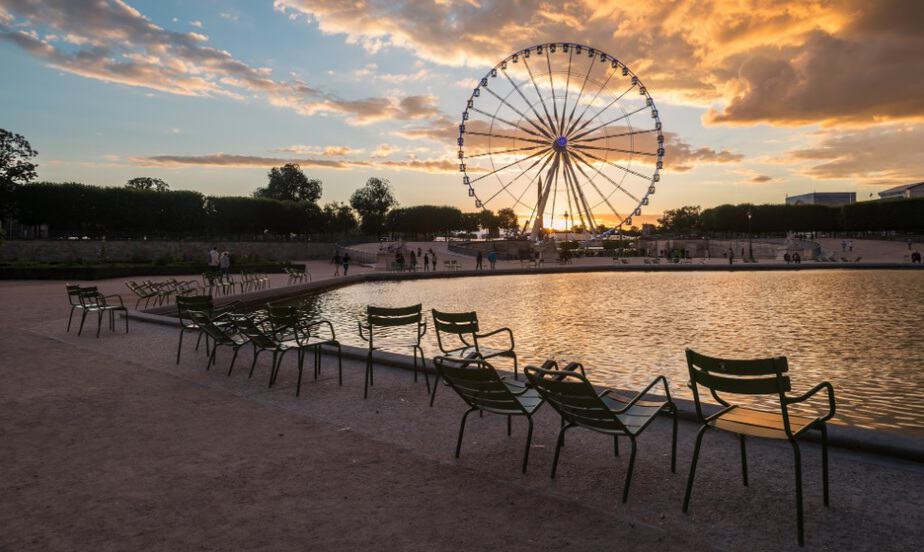 Charles Perrault was a famous French author, known for many works , including Sleeping Beauty.

In 1667, at the request of Perrault, the Tuileries Garden was opened to the public, and was the first royal garden to do so.

3. Tuileries used to be a park full of entertainment. 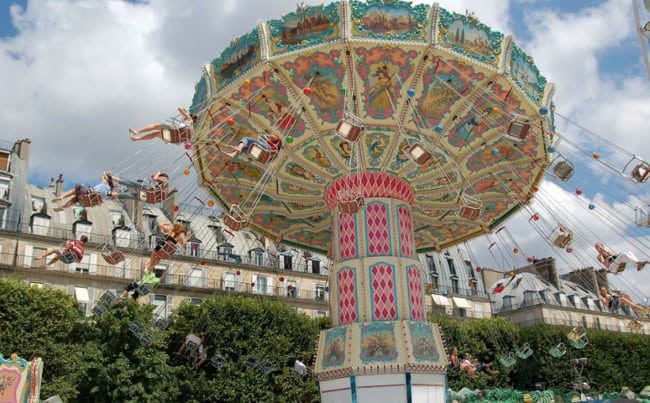 At the end of the 19th and beginning of the 20th century, the Tuilieries garden was filled with entertainments for the public including acrobats, puppet theatres, lemonade stands, small boats on the lakes, donkey rides, and toy stands.

Though these activities no longer make up the gardens today (likely due to overcrowding), you can still attend the Tuileries carnival in the summer and the Christmas Market in the winter with rides, games and more! 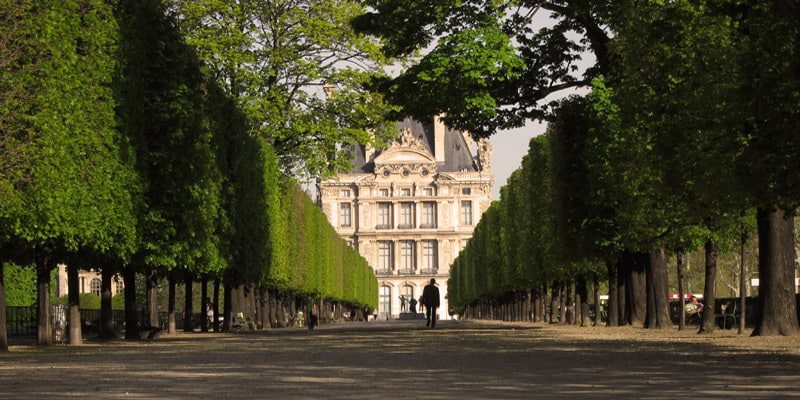 If you find it hard to pronounce, that’s because for non French speakers, it is. Though most people pronounce it as TOO-luh-Rhees, it’s actually said as TWEE-luh-Reehs”.

1. You can dine out at the Tuileries Garden. 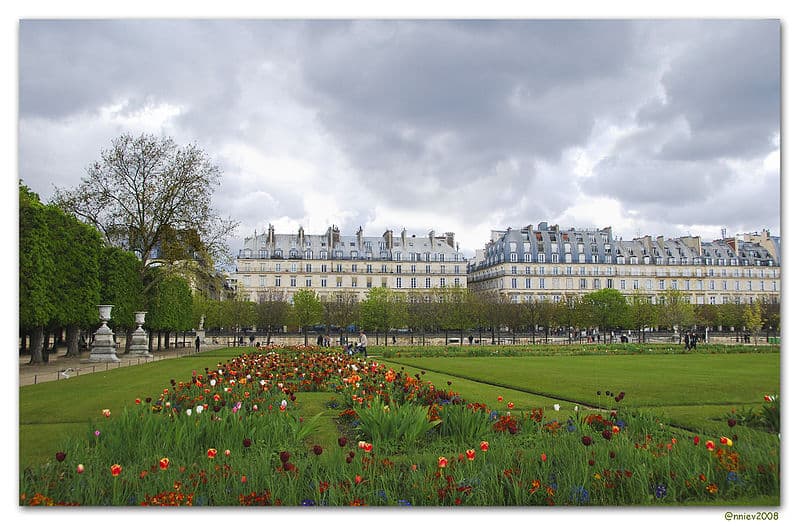 There are three restaurants at Tuileries, in case you get hungry during your leisurely stroll.

La Terrasse de Pomona is a laid back snack bar in the middle of the gardens, and is open year-round during the same times as the gardens.
The Café des Marronniers is a good choice for an casual bite. Open Monday-Sunday, 12:00 pm-6:00 pm.

Loulou Restaurant Paris  is  perhaps for a more formal meal, still in the gardens but closer to the Louvre. Located at 107 Rue de Rivoli, check the website for hours as they may vary.