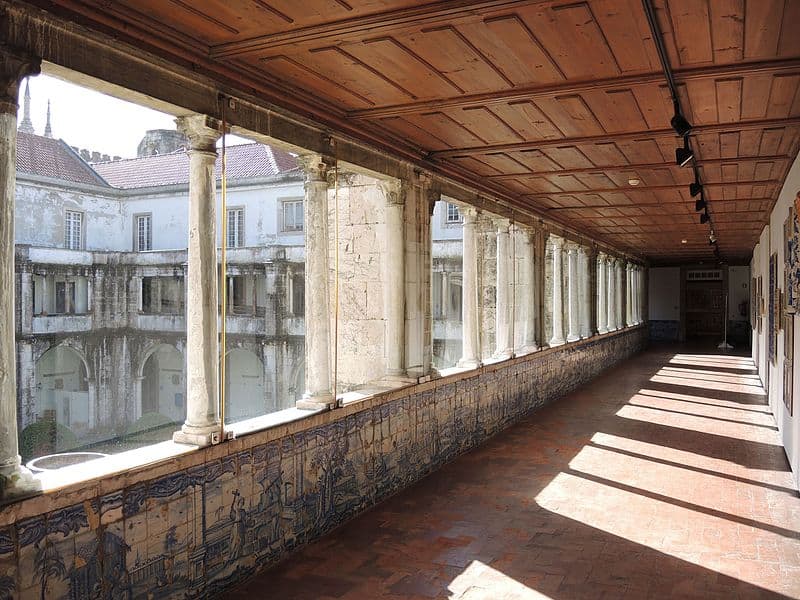 Right at the forefront of the Alfama is a historic and exceptionally beautiful museum that overlooks the Tagus River.

The National Azulejo Museum of Lisbon, also known as the Lisbon Tile Museum, is an alternative take on museum collections that takes us on a lengthy journey through the art of tiles in Europe, and specifically Portugal. 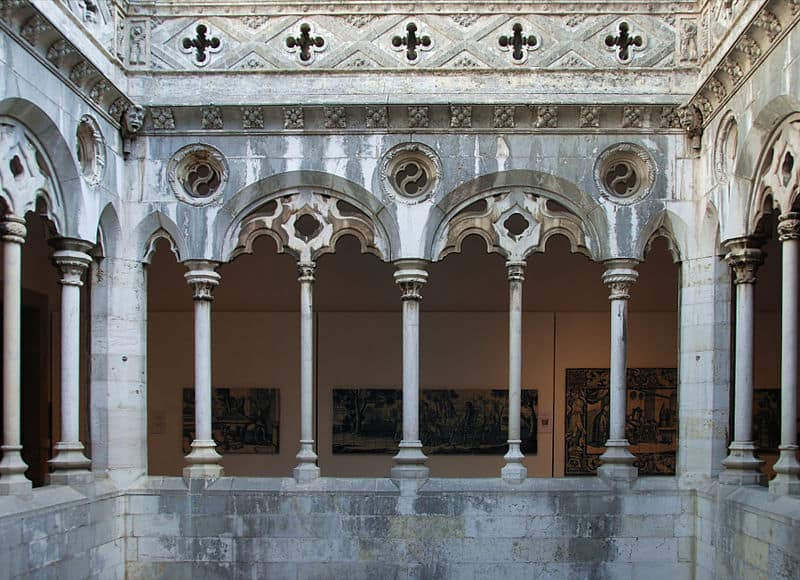 Without giving too much away, the museum is an ode to the exceptional tile presence that has embodied most of the streets of Portugal for centuries. There is a lot more to this craft than you might think and the museum is highly educational from this point of view.

Both the museum and its contents hold lengthy histories. Here are ten facts to mentally prepare you for your visit.

1. The National Azulejo Museum Holds Over 500 Years of Portuguese History

That’s how far back the collection within the museum extends. Tiles have made up a significant part of Portuguese architecture since the 13th century. The tiles displayed throughout the Azulejo Museum, however, begin from the 15th century.

This reflects a meticulous collection of tiles in Portugal for the better part of the last 500 years. After experiencing them inside the museum you’ll find once you’re back on the streets of the Alfama you’re more likely to notice the presence of tiles around the city .

2. The National Azulejo Museum is Housed in an Old Convent

The building that houses the Azulejo Museum is actually an old convent/monastery that was built during the 16th century called Madre de Deus. Most of the buildings in the Alfama date back centuries; this is the oldest and most historic part of Lisbon.

The convent was originally founded by Dona Leonor de Viseu, the widow of King John II.

As you’d expect from any ancient convent space, the Azeulejo Museum also has an exceptional baroque church on the property.

You can access the church from inside of the museum. This is the only part of the vicinity where tiles actually take a backseat in the decor. The church is opulent to say the least. Gold embellishing from the floors to the ceiling make it a space fit for the royals. 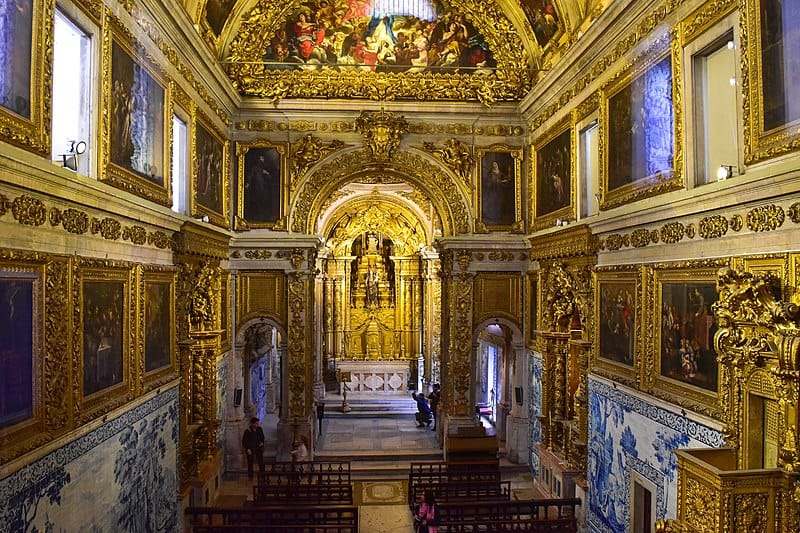 Many of the tiles in the Azulejo Museum reflect scenic imagery and storytelling from years gone by. One of the things I most enjoyed seeing was the 74ft panel depictio of Lisbon city prior to the great earthquake of 1755.

Seeing Lisbon from the perspective of these tile makers if fascinating. You can spot similarities in the city scape while simultaneously spotting incredible differences in infrastructure that is simply no longer around.

5. The National Azulejo Museum Will Show You How Tiles Are Made

In addition to providing visitors with an extensive history of the tiles, the museum also seeks to educate all who enter the space on the process of tile making & the art behind it.

In one section of the Azulejo you’ll be shown the entire tile making process from back in the day and compare it to how we do things in modern times.

All of the techniques from the carving, painting and polishing are covered in this part of the museum. You will also be introduced to all the necessary materials and equipment required to perfect the tile making craft. 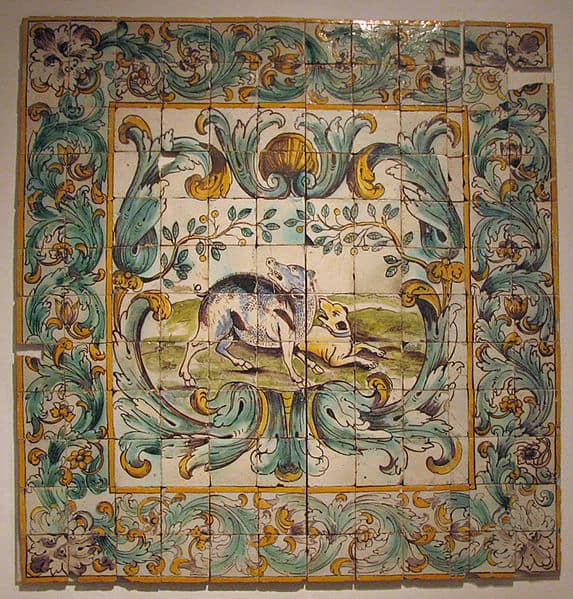 Historically there is much Arab influence throughout the Iberian regions of Europe. This has a lot to do with their close proximity to the northern parts of Africa, often just a short boat ride away.

7. The National Azulejo Museum was Curated in Chronological Order

Much to my delight this museum has taken the time to curate each collection in a chronological order of events that make it extremely simple to work through.

It truly becomes a journey through time focused specifically on the tiles that made their way into and around Portugal. It’s also wonderful to watch the progression of the craft and styles as times move and fashions change.

I found combining tour through the Azulejo Museum with a free guided walking tour of the neighborhood streets afterward the perfect excursion. Since the Azulejo operates chronologically, leaving the museum and diving straight into a tour of the surrounding streets keeps the chronology ongoing, as you are now viewing the contemporary tiles of the present day outside.

8. The National Azulejo Museum Teaches About the Moorish People

As mentioned, the Arabic presence through Iberia was strong particularly between the years 700 until 1179. The Moorish people were the Muslim immigrants who made their way to the coasts of Europe from places like Morocco and Tunisia.

The museum explores the presence of these people in Portugal during this time, and all of the tiles that were carried over with them into the land.

In accordance with Islamic law, many of the early tiles were not able to show human figures in any of the scenic displays. Geometric patterns became the safest bet and these tiles were the earliest ones to circulate Portugal. 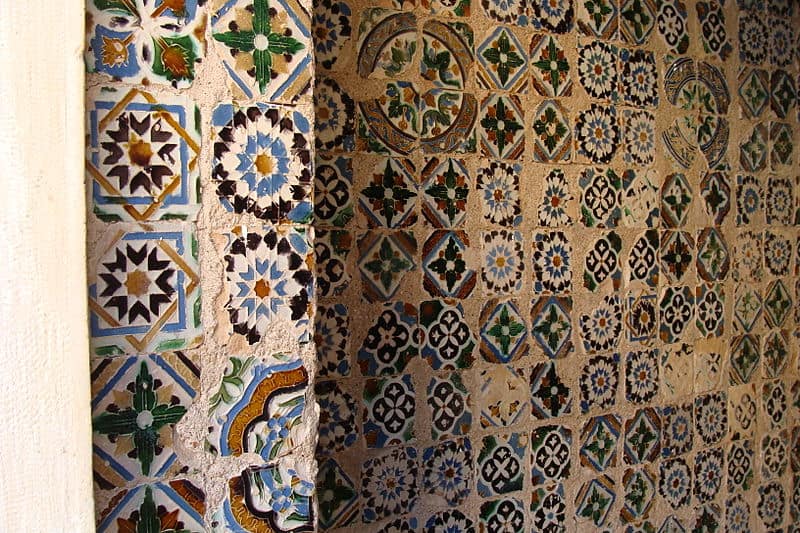 10. The National Azulejo Museum Became a National Museum in 1980

When the museum first opened its doors in 1965 it was simply run as a department of the National Museum of Ancient Art. A sub section of a pre existing museum, if you will.

As the museums collection continued to grow exponentially, it made way for recognition by the city of Lisbon as more than just a sub-department.

In 1980 the Azulejo Museum was officially recognized as an independent and national museum.