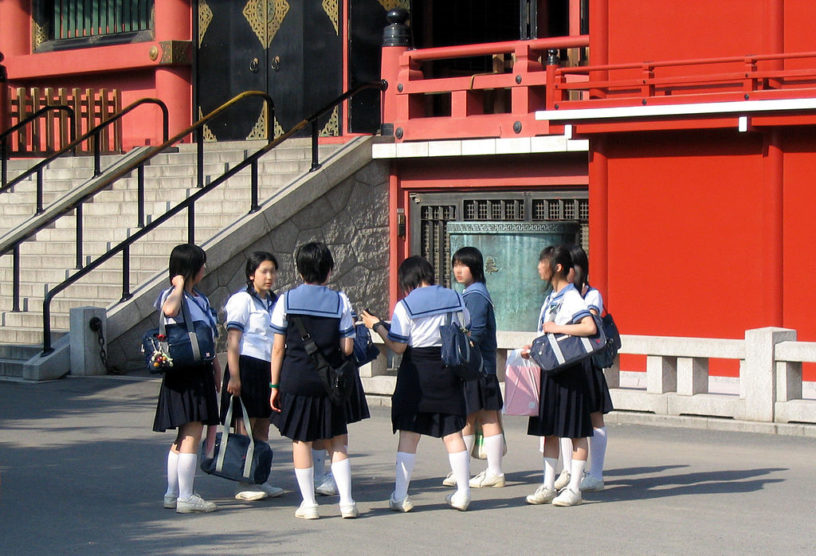 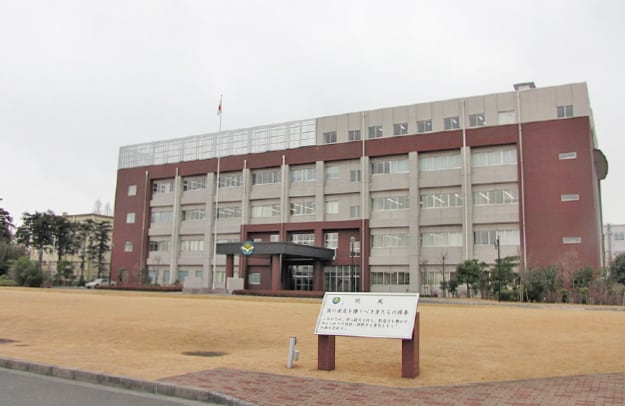 Japan is a country full of surprises. Numerous people describe the nation as “not like what they’re used to,” and the country’s many distinct cultures and customs make it an interesting place to explore. Japan is noted for its fashion and entertainment subcultures, creative and futuristic technologies, old traditions that have persisted for generations, its combination of western and eastern norms, and world-class food. It has the world’s third-biggest economy and one of the lowest crime rates.

Education has traditionally been seen as vital in Japan. The Meiji government developed a public education system in the late 1800s, significantly improving the country’s literacy rate. Even during the Edo era, more than 70% of all children attended school. In Japan, 99 percent of the population can read and write, and school is still seen as a critical stepping stone in early life.

1. Students are not sent out of the classroom by their teachers 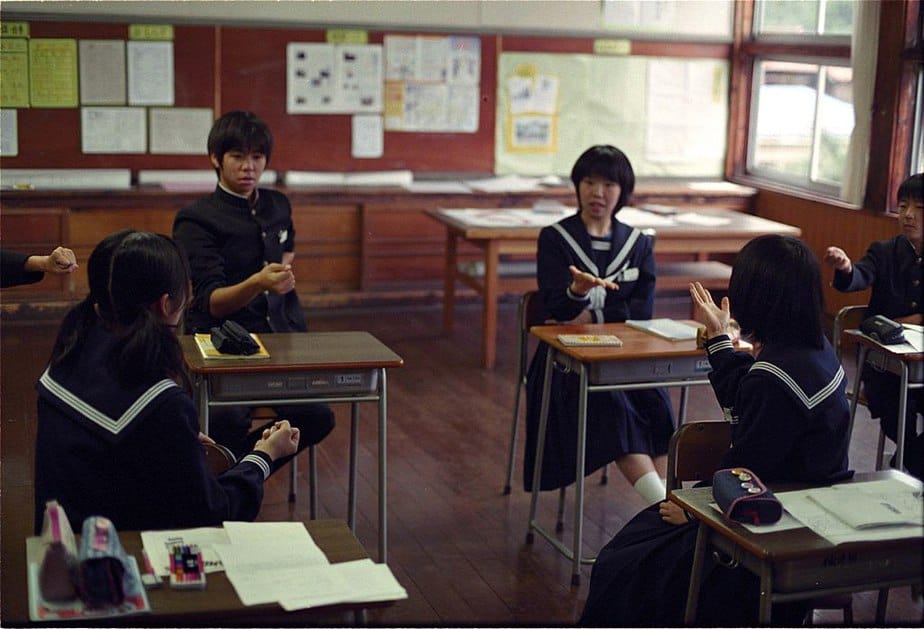 Playing Janken by Aka Hige from Wikimedia Commons

Let’s face it: children are children. There will always be two or three (if not the entire class) who misbehave from time to time, regardless of their culture or place of origin! It’s only one of the numerous difficulties that teachers confront in their jobs.

Misbehaving pupils are routinely escorted out of the classroom in numerous nations outside of Japan. It is, however, a strict no-no in Japanese schools. “All persons shall have the right to obtain equal education…”, according to Article 26 of the Japanese Constitution, and as a result, Japanese instructors are hesitant to send kids out of the classroom.

What a test of patience this must be! Because sending children outdoors would be viewed as their losing out on some components of the lesson, it is not done in Japanese schools.

2. For lunch, everyone eats the same food, which is served by students

Everyone eats the same meal at Japanese public schools, which is an unusual fact. Students have the option of purchasing lunch in a cafeteria or bringing their own lunch boxes, like in many other nations. Students in Japan, on the other hand, are taught to eat the same type of meal (regardless of their preferences) and finish it within the time limit.

Most Japanese public schools do not have cafeterias where students may purchase meals, therefore students do not have the option of purchasing their own meals. However, on rare occasions, handmade lunch boxes are permitted as long as the contents adhere to the school’s guidelines. This typically means “bento” meals are free of harmful foods and sweets.

They are also responsible for cleaning up and returning meal containers after lunch, all under the supervision of a teacher. How wonderful it is to teach children at such a young age about helping others and taking responsibility for keeping their surroundings clean!

3. In the classroom, students and teachers dine together

Also, as a follow-up to the preceding point, especially in junior high schools, instructors and students have lunch in groups with their desks and chairs arranged to face each other.

While some may believe that this model is excessively restrictive because children do not get to eat lunch with classmates from neighbouring classrooms, others may disagree. During lunch, however, children prefer to congregate in small groups with only their closest classmates, which may allow them to socialize and connect with everyone in their class, not just their closest friends.

4. A student cannot fail a class 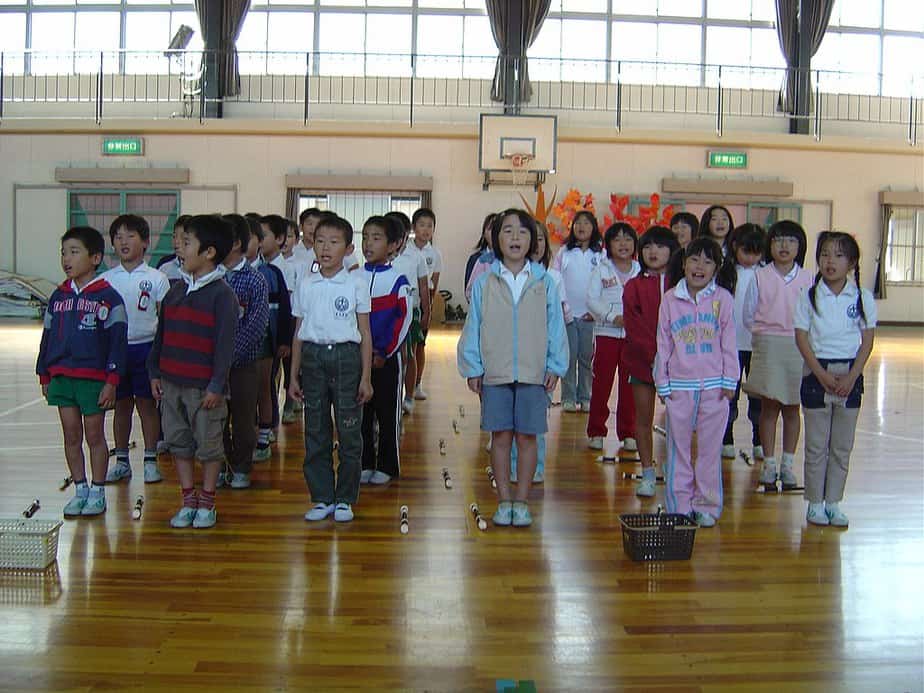 Do you find this surprising? You’re not the only one who feels this way! This is arguably the most wonderful benefit a student will ever receive.

Students who do not do well in school in certain nations, such as the United States and the Philippines, are held back a grade to help them improve their abilities. Fortunately for the Japanese, regardless of their exam scores or accomplishments, they always graduate to the following grade.

Even if a student fails every exam and misses every class, he or she is still eligible to participate in the year-end graduation ceremony. Only when kids take admission exams for high school and university do their test results matter.

5. There are no janitors on the premises

Schools in Japan are not cleaned by janitors. Students, on the other hand, roll up their sleeves and clean every inch of their campus, even the bathrooms. Yes! Students, teachers, school employees, and even the most senior school officials, such as the vice-principal and principal, all pitch in to clean, with each person having their own allotted area.

Every day, Japanese schools have “souji,” or cleaning time. Before the real cleaning begins, some students wear a tenugui (bandanna) on their heads and sit in quiet for a few minutes to meditate and prepare their minds and bodies, a practice known as “mokuso.”

6. Even during school holidays, students and instructors continue to work

As I was getting ready to leave the school for my first summer vacation in Japan, I said farewell to one of my co-teachers and wished him a happy holiday. What was his reaction?

A long sigh. I learned from that point on that teachers do not truly receive vacations, save on national holidays, because they must continue to work in order to fulfil their responsibilities at school. Students at junior high school are members of their own clubs, which are normally overseen by instructors, and certain activities, as well as sports training, continue during the holiday time.

But hold on! There’s more! Furthermore, students are assigned a large amount of homework to accomplish during their summer break!

7. The identical school bags and indoor shoes are used by all students

To keep the school clean and prevent dirt from being brought inside, Japanese schools require pupils to wear distinct indoor shoes within the facility. Students also dress the same by wearing identical shoes, as Japan is recognized for being a place of peace where everyone performs at a similar level without anybody sticking out (one well-known adage, contrary to the western notion that individualism is vital, is “hammer the nail that stands out”).

Not only that, in junior high schools, they also use the exact same school bags provided by the school with an emblem of the school’s logo, as well as with reflective safety stripes to avoid road accidents at night since most students return home late by bike or on foot. Likewise, elementary students also use their own uniform fashionable backpacks called “randoseru”.

8. Club activities in the morning and after school

Every day, students who are members of sports clubs participate in club activities before and after school. Sports clubs, for example, require youngsters to run several kilometres each day in order to keep in condition.

As you can think, this leaves students fatigued, drowsy and sweating in class because they are all expected to get up early and come home late to satisfy their club activity commitments. It appears to be a lot of hard work, requiring perseverance, devotion, and tenacity!

Clubs are also quite popular, and almost every student participates in at least one. They are extremely proud of the club and strive to meet and exceed expectations.

9. Schools in Japan are not as technologically sophisticated as you may think

Although Japan is one of the most advanced countries in terms of science and technology, seeing inside one of their schools may make you reconsider. Pen and paper are still favored over technological gadgets in many circumstances. However, technology has gradually crept into the system to aid in the improvement of instructional materials and facilities in Japanese schools.

However, despite Japan’s high-tech inventive image, not every school has the most up-to-date and high-tech equipment that visitors may expect. For many years, old schools, in particular, have not been modernized! Many elementary, junior high, and high schools around the country still use antiquated CD players, printers, and fax machines. Electric fans are the most widely used ventilation to save power instead of air conditioners, and in the winter, central heating is extremely unusual, with only kerosene heaters accessible in most situations.

Moreover, classes are still typically taught using traditional teaching materials with textbooks as the main focus rather than whiteboards like you may see in other countries. However, as mentioned previously, technology is slowly making its way into the system with the internet and computers slowly being introduced for class presentations in some schools. So older Japanese schools have also had renovations too.

10. Sleeping beauties are found in classrooms, not castles 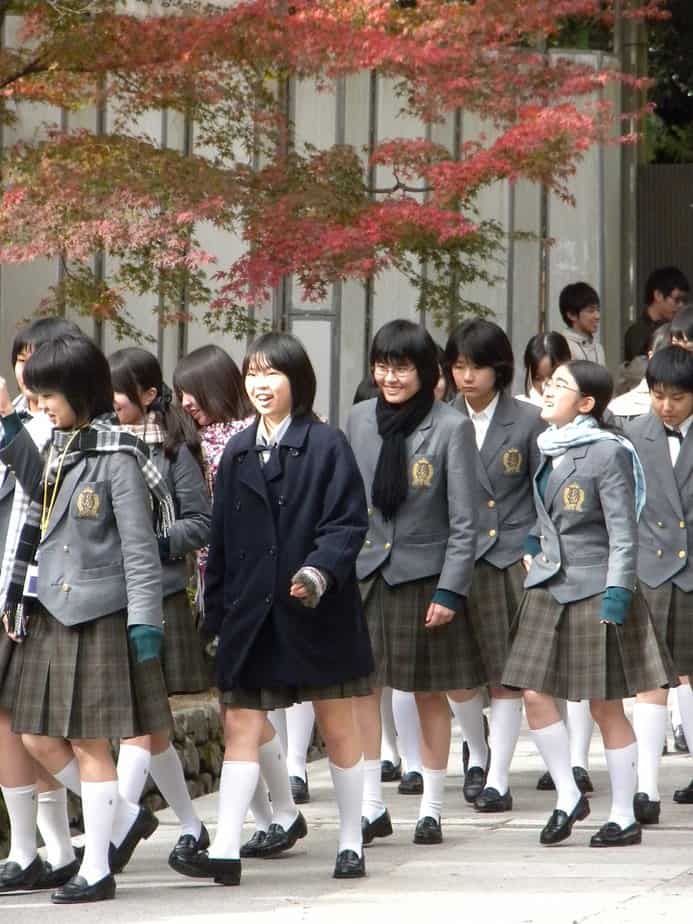 Japanese high school students frequently study till late at night and forego sleep in order to pass entrance and other tests. They do, however, frequently snooze in the (late) afternoon, and daytime napping, or inemuri, is generally permitted.

Studying in Japan entails a lot of hard work and perseverance, with homework and assignments throughout vacations, school clubs and activities even on weekends, and cleaning the entire school. Apart from participating in morning and after-school club activities, the majority of students also attend “juku,” or cram schools, where they may study harder or learn new languages. They are also assigned a large amount of homework each day, leaving them with very little time to recover and sleep.