The geek culture in Paris is alive and well. Are you wondering where to have a drink in the best geek bar in Paris? Want to know where to play board games on a night out in Paris? Or to take part in a video games tournament? I have selected my top 10 best geek bars in Paris. To discover them, read on! 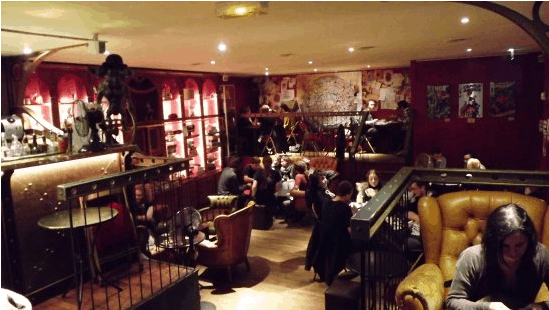 Establishing a top 10 geek bars in Paris without mentionning Le Dernier Bar avant la fin du monde (The Last Bar before the end of the world) would be close to a blasphemy.

This gigantic bar is well known in Paris for his multiple thematic rooms and atmospheres: board games and science fiction on the ground floor, futuristic on the floors underneath. I strongly recommend their cocktails and huge hot-dogs (but one for two will do it if you are a small eater like me, they measure up to 45 cm!). 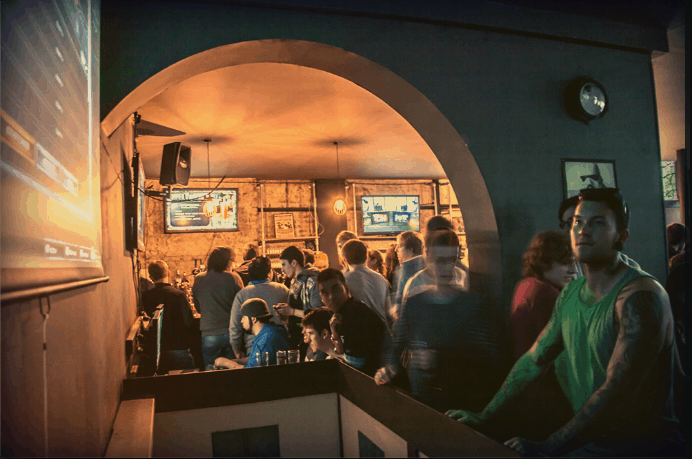 The Melt Down is another cult geek bar of Paris. The bar is dedicated to video-games, and full of computers and originally named cocktails and food. It is the perfect place for a gaming night in Paris – solo or as a group. 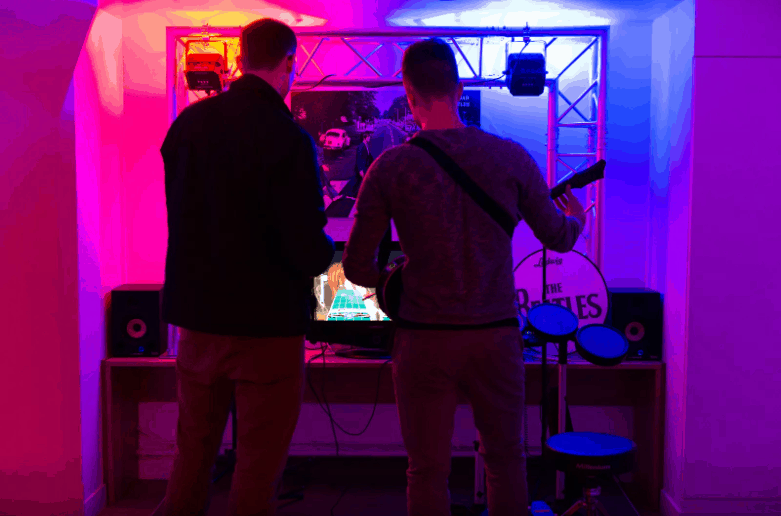 To my mind, the Reset is the perfect place for those looking to a geek night without a too-geeky atmosphere. This small bar has more than 30 game console that you get to play free of access as soon as you order a drink.

The atmosphere is more playful than geeky per se, so it makes it the perfect place to bring out those reluctant friends – they will have a blast, and they might want to stay there longer than you.

Le Nid is my favorite place to play board games in Paris, because it is luminous and feels cozy and homey (Nid means Nest in French, and the bar is quite faithful to its name). For a 3€ fee and a drink ordered, you get unlimited access for 2 hours to more than 500 board games.

What is great about the place is that they sell board games too, so if you want to purchase a game you have played there, you will find everything you need for a standard price. They also organize a lot of tournaments and events, so stay tuned to their website to know more. 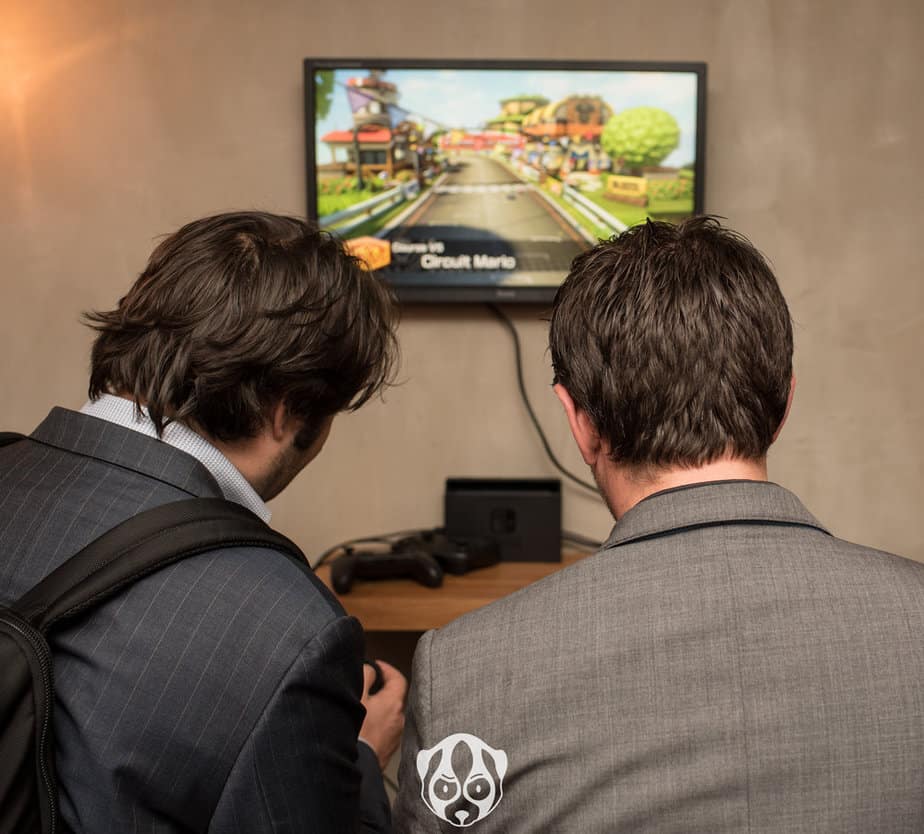 Otaku Social Club is another place perfect for groups where not all friends are into gaming. The decoration is cozy, and large and welcoming sofas are available for those who prefer not spending their evening gaming. For the others, a lot of consoles and computers are freely available to game your worries away.

What is great about this bar is that you can freely privatize it for a birthday or a special occasion, and play your own music. I guarantee you and your friends will have a blast and spend a memorable and unusual evening in Paris.

Café Bonnie is the temple of comics in Paris for all of you fans out here. The manga and anime universe is very present in the bar’s decoration, which makes the bar very photogenic. Bonus Point: it is a good place in Paris for a retro photo shoot, if you are looking for retro and originally decorated places.

Le Fantôme is the temple of arcade games of the 80’s and 90’s in Paris, where geeks meet every night to revive their lost passion for Pac-Man and other cult games. Baby foot tables and flippers are also available and the promise of tumultuous and wild evenings between your friends. Their cocktail bar is curated by the barman every night, and there is also a pizza counter to satisfy a post-game craving. 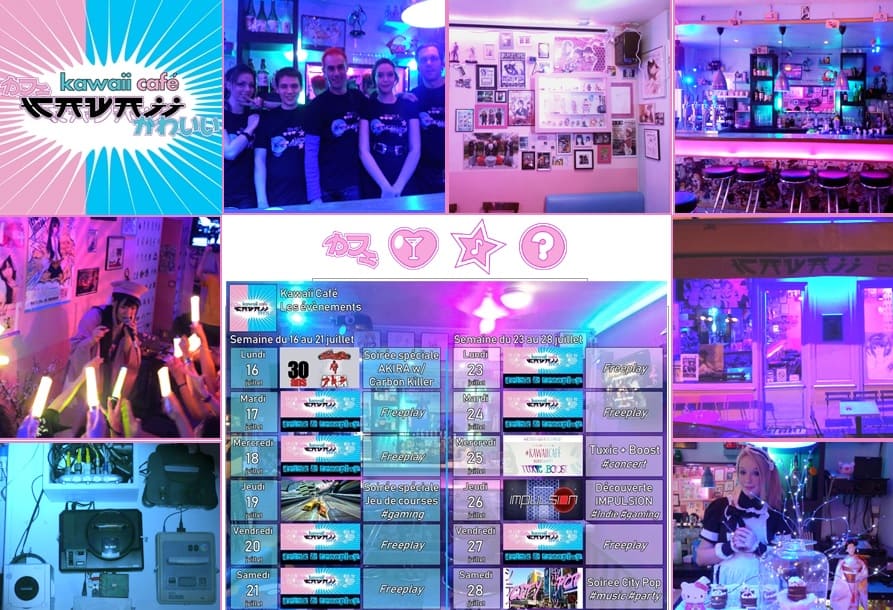 Kawai Café’s name is pretty transparent: the bar is at the crossroad of Japanese anime and French universes. Their menu is entirely Japanese inspired, both food and cocktails, and really fun touch: the waiters are cosplayed. It is another one of those interestingly decorated bars, and makes a good place for an original photo shoot in Paris in a pinkish and kitsch atmosphere. 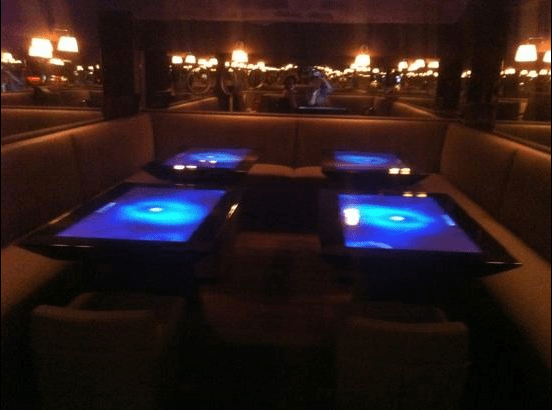 The Touch In is not especially a personal favorite but it is worth mentioning here because it is known enough as a futuristic temple in Paris. Screens are everywhere in the bar, which will make you feel as if you’re in Paris 2100 or a Black Mirror episode. You get to order your drinks on the large screens at the bar, which makes for a fun and unusual evening.

A surprisingly French geek restaurant. Odyssey is a Star-Wars themed restaurant, but serves a quintessentially French menu, mainly composed of sweet and savory crepes. Do not be fooled by the futuristic atmosphere and the playful menu and dish names: the quality of the food served at the Odyssey lives up its reputation.

There you have them – my top geek bars in Paris. Most of these bars are very affordable, and enable you to game and play board games at the heart of Paris, and also to have a thematic drink or cocktail in a bar that ressembles your favorite comic universe. Whether you are a gamer or not, these bars are the promise of a playful and fun evening for everybody.